What is in McDonald's milkshakes? The secret to making your favourite sweet drink at home

A McDonald's milkshake completes any trip to Maccie D's. Part drink, part dessert, the dish is an ice-cold classic.

But below the chocolate-brown surface, there's a lot more to the McDonald's milkshake than meets the eye. Here's everything you need to know about the world's favourite fast food sweet treat. 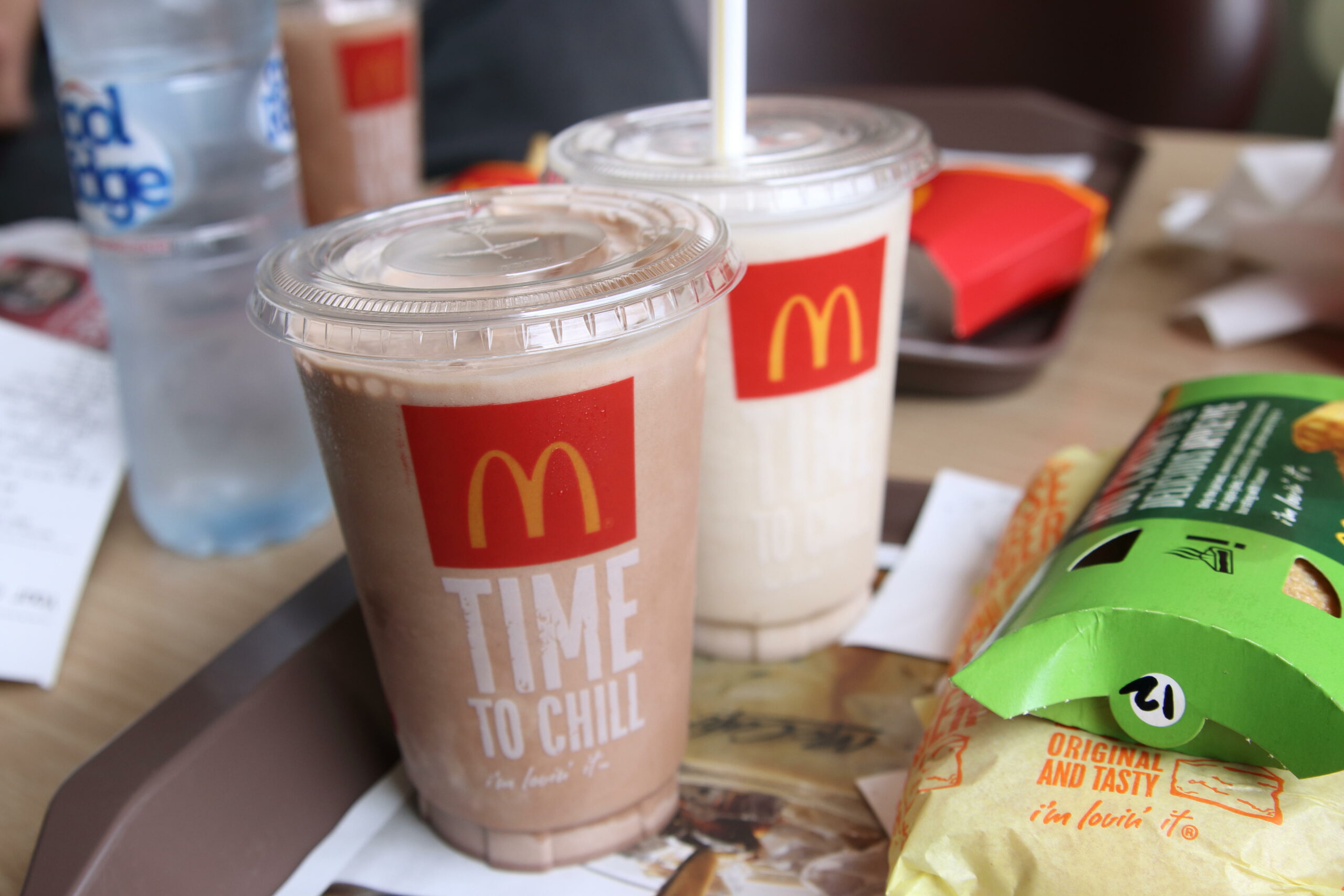 What is in McDonald's milkshakes?

Like much of the menu, McDonald's milkshakes are a blend of various unappetising-sounding ingredients that come together to create something yummy.

According to the McDonald's official product description, "[The] chocolate shake is made with delicious soft serve, chocolate syrup and finished off with a creamy whipped topping." However, the actual ingredients list is much more complicated than it seems.

The comprehensive nutrients and allergens section of the website reveals that the Strawberry Milkshake features unappealing components such as reconstituted skimmed milk, potassium sorbate and beetroot juice concentrate. Tasty.

READ MORE: What is Big Mac sauce made of? The truth behind McDonald's secret weapon

For a long time, a rumour persisted that McDonald's US shake range was so-called because it didn't actually contain any milk. However, this theory has been comprehensively debunked.

Both in the United States and the UK, the dish does include some milk element, even if it is in an unusual form. Nevertheless, that industrialised fast food process means that the McDonald's milkshake range has a lot more going on than milk and ice cream. 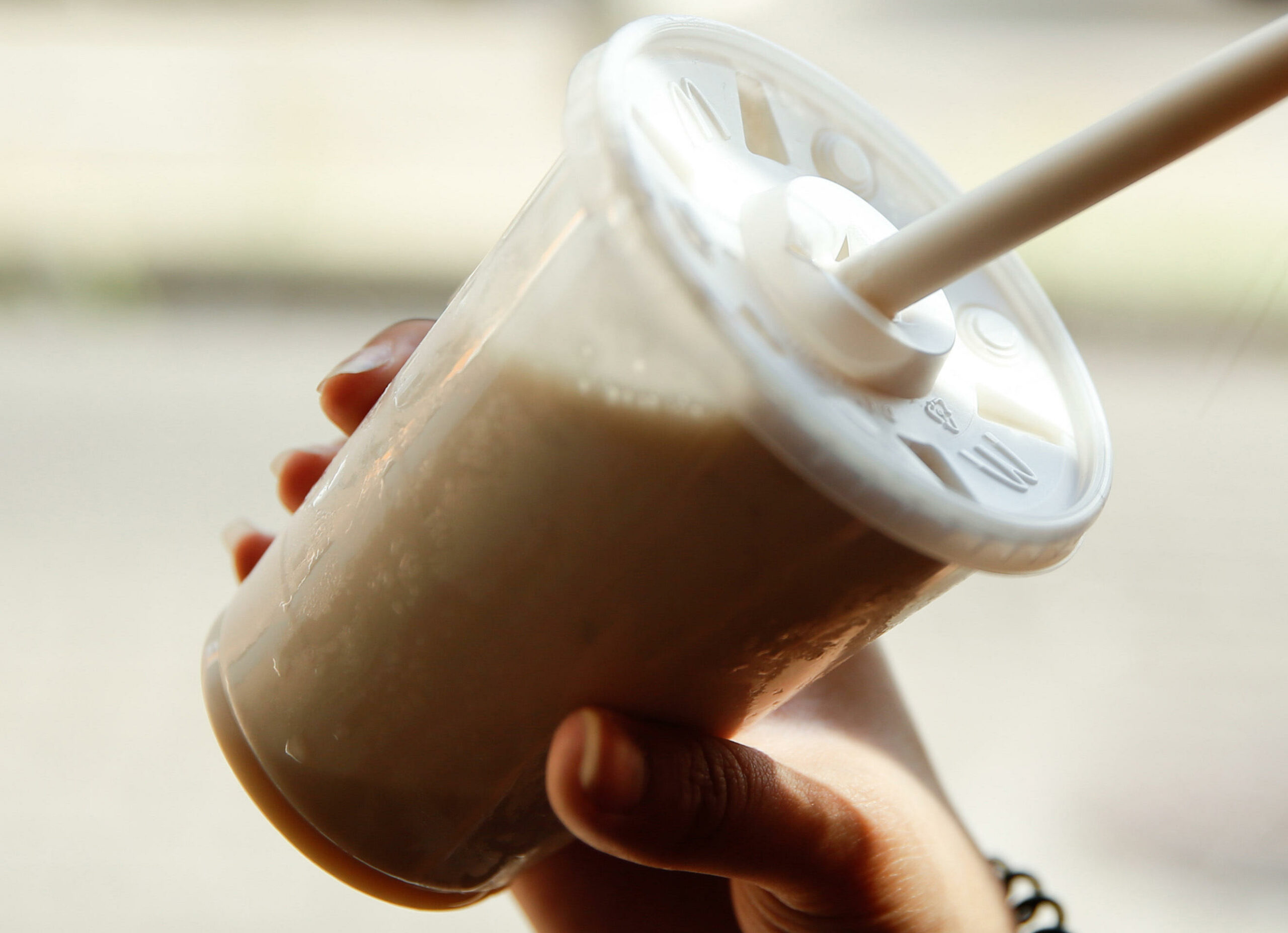 It's incredibly easy to make your own McDonald's milkshake at home (Credit: Alamy/dpa picture alliance)

How to make a McDonald's milkshake

Although it's hard to replace the real thing, there are literally dozens of different ways to recreate the authentic McDonald's milkshake taste at home.

Most recipes revolve around a simple blend of milk, ice and ice cream, with elements like flavoured syrup occasionally thrown into the mix.

For instance, one popular YouTube recipe recommends the following ingredients for perfectly recreating the "classic vanilla shake from McDonald’s". This five-ingredient version includes the following features:

The full method is as follows:

Check out the video for the recipe below:

Alternatively, some McDonald's fans have come up with several cunning ways of customising their milkshake orders. For instance, last year a viral hack took the internet by storm, featuring a combination of vanilla shake and espresso.

In the original clip, TikToker @ellbrxo adds a McDonald's espresso shot to a vanilla milkshake, making a pseudo-frappucino.

As she explains in the video, "When you have a normal McDonald's milkshake anyway it's well lumpy, but this makes it a bit more juicy. And then voila! Frappuccino thing!"

It just goes to show that there's plenty of applications for McDonald's milkshakes, in or out of the restaurant. 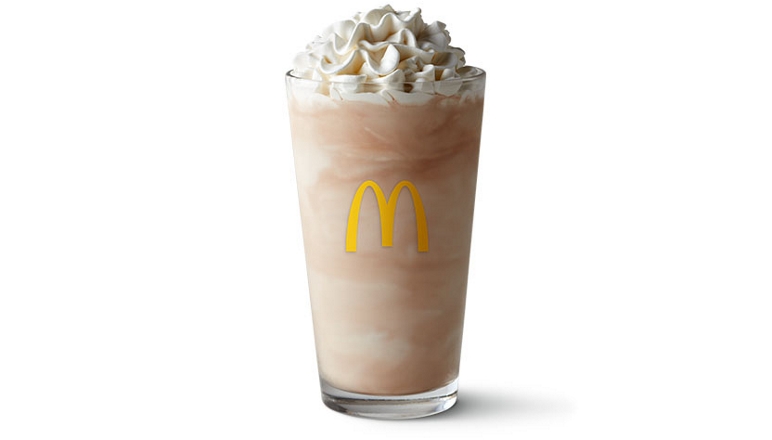 The classic McDonald's Shake is a fixture of the menu (Credit: McDonald's)

Are McDonald's milkshakes bad for you?

Obviously, anything made with an ice cream base isn't going to be brilliant for those following a strict diet. Sadly, the McDonald's milkshake is no exception.

According to the company's US website, a small classic chocolate shake topped with whipped cream comes in at around 520 calories.

The nutritional breakdown reveals that the drink also includes 14 grams of fat and 67 grams of sugar.  However, despite the health implications, there are a few potential positives.

For instance, one small American shake contains 30% of your daily calcium allowance in one dose. Similarly, it also provides 15% of your calcium.

In addition, things get even healthier when you hop across the pond. A strawberry milkshake in the UK contains a comparatively low 356 calories, plus 21% of your recommended intake of protein.

Admittedly, it still includes 57 grams, or 64% or your RI of sugar, but you can't have everything. In any case, calorie counting should be the last thing on your mind when you're tucking into a McDonald's milkshake.