McDonald's appears to have gotten rid of Chicken Selects from its menus – and fans are not happy.

As one disgruntled fan put it on Twitter: "Are Mcdonald's having a shortage of Chicken Selects I'm SCREAMING ffs." Clearly, emotions are running high.

With Maccies up and down the country desperately trying to restock their Select stores, we'll try to alleviate some of the understandable concern. Rest assured, the situation is serious. But we will get to the bottom of the Chicken Selects crisis. 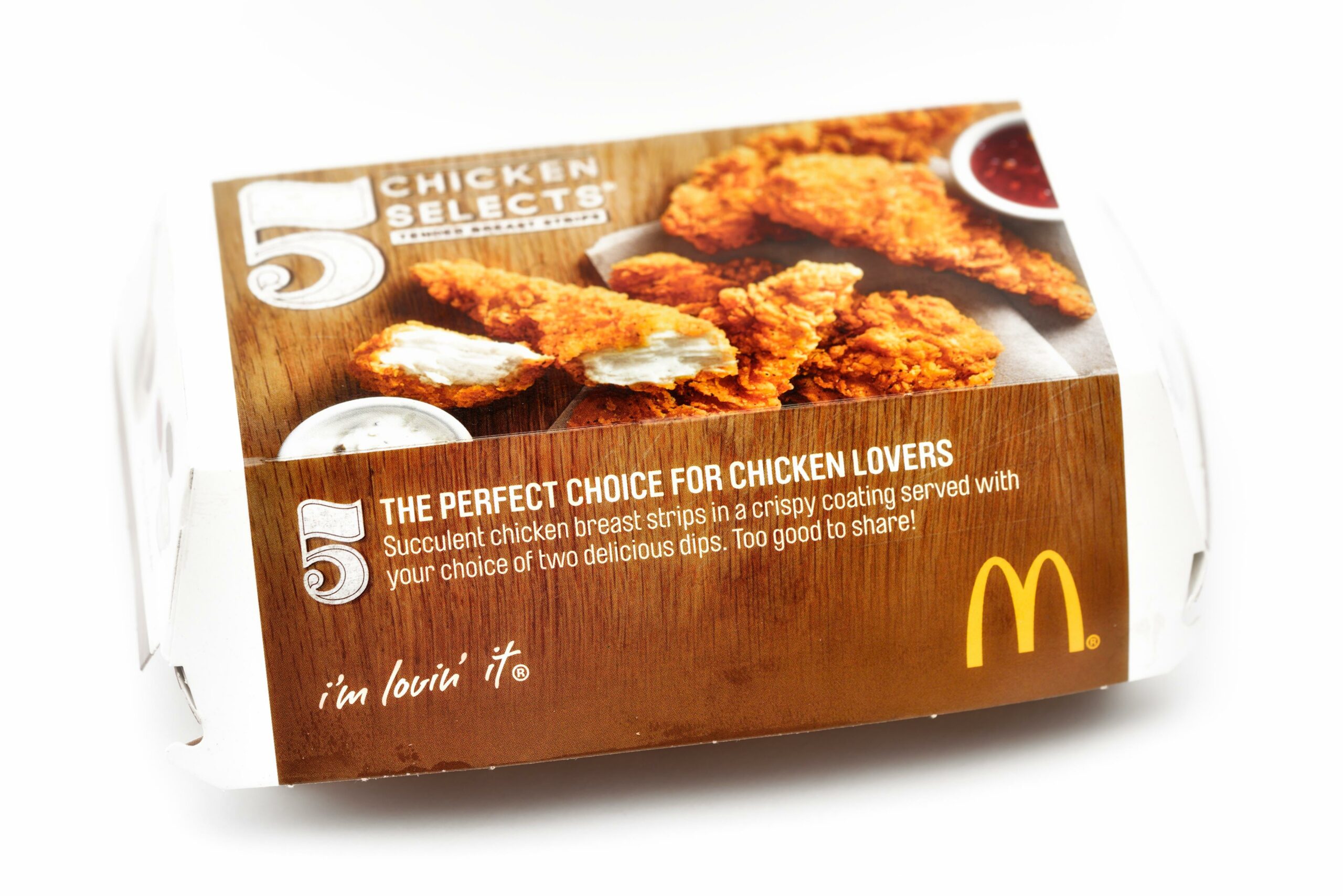 McDonald's appears to have gotten rid of Chicken Selects from its menus (Credit: Alamy/ACORN 1)

Why did McDonald's get rid of Chicken Selects?

McDonald's has confirmed that it hasn't gotten rid of Chicken Selects. However, the reason they're currently off the menu is because the Golden Arches is experiencing a chronic "Chicken Select shortage" across the UK.

In a statement released to the media, the fast food juggernaut revealed: "Unfortunately we have a temporary shortage of Chicken Selects and our restaurants may run out this week."

This, clearly, is a devastating blow for the rabid Chicken Select fanbase.

Unsurprisingly, the Internet has been quick to speculate over the cause for the shortage. However, one culprit may be a recent blockade of McDonald's products by animal rights activists.

Last month, the group Animal Rebellion disrupted several McDonald's distribution facilities, in a move that may have affected up to 1,300 McDonald's restaurants.

In a statement at the time, the restaurant wrote: "Our distribution centres are currently facing disruption.

"We are assessing the impact on deliveries to our restaurants and to menu items. We apologise to our customers for any disappointment caused."

The precise correlation between the blockade and the current shortage remains unclear. However, judging by the depth of feeling on display, fans want answers quickly.

So, do McDonald's still do Chicken Selects?

Good news – despite the disruption, there are currently no plans to permanently axe Chicken Selects from the McDonald's menu.

As is evident from the fan response to the shortage, the dish remains an incredibly popular part of the McDonald's UK offering.

However, despite their broad British appeal, Chicken Selects are not universally adored. For instance, the item never made it big in America, and has been introduced and cut several times since the late 90s.

This should be a warning to UK McDonald's fans. If you want to keep Selects on the menu, you'll have to show how much you care. 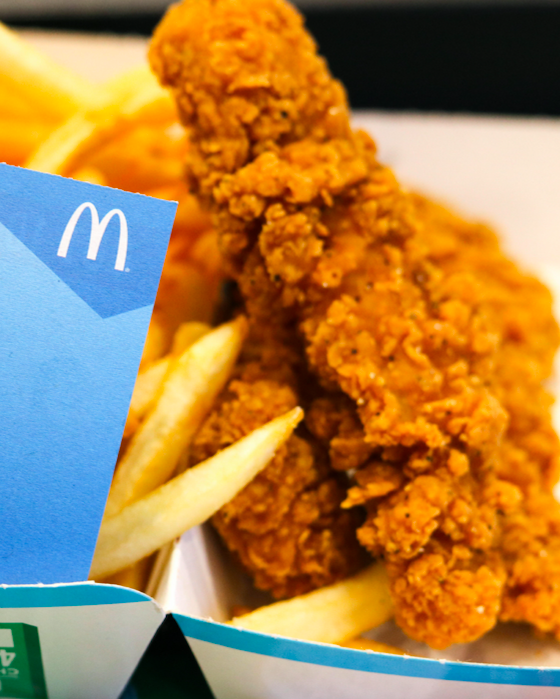 When are McDonald's Chicken Selects coming back?

As the Chicken Selects situation is constantly evolving, it's not totally clear when the dish will return. However, McDonald's has said that it's pulling out all the stops to move things along.

In the original media statement announcing the shortage, the restaurant explained: "We are working incredibly hard to get this popular menu item back on sale in our restaurants.

"We know some customers will be disappointed to hear this news, and we would like to apologise for the short term inconvenience."

This suggests that the current issue is a temporary blip, rather than anything more sinister. Even so, we'll all be holding our breath that we don't have too long to wait. 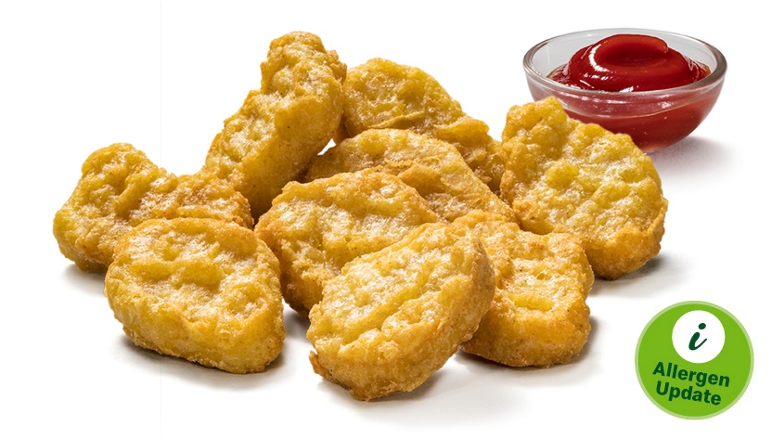 McNuggets are actually a bit healthier than Selects (Credit: McDonald's)

Are Chicken Selects healthier than McNuggets?

While McDonald's diet-friendly options have improved over the years, Chicken Selects are not one of them.

The delicious fried morsels are actually deceptively bad for you, even ranking behind McNuggets in the McDonald's health stakes.

According to the stats, a nine-piece McNugget box contains around 388 calories, with about 20 grams of fat and 770 milligrams of salt.

By contrast, a five-piece Select box weighs in at 660 calories, with 24 grams of fat and 1680 milligrams of salt. They might be tasty, but Chicken Selects are no angels. 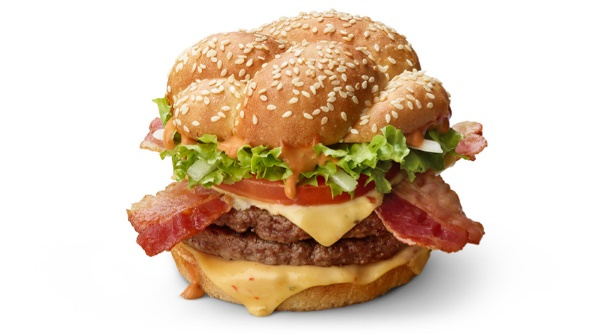 The BBQ Bacon Stack is coming to McDonald's menus this week (Credit: McDonald's)

Have there been any other menu changes?

The Chicken Select issue isn't the only dramatic development with the McDonald's menu.

As part of a major summer shake-up, the chain is introducing four new menu items while axing a further five.

READ MORE: McDonald's has been voted Britain's top employer – but how much are staff paid?

The new dishes include the delicious-looking BBQ Bacon Stack, Mozzarella Dippers and two new Aero McFlurries. By contrast, customers can no longer enjoy the Bacon Clubhouse Double burger, or Cheese and Herb Melts.

Provided that Chicken Selects can make a comeback, it promises to be a bumper summer for McDonald's fans.