For some of you, planning a trip around pasta after eight weeks feasting on endless packets of starchy penne and depressing fusilli might sound like a holiday from hell. While under ordinary circumstances almost everyone can agree that pasta is brilliant, our current situation has served to highlight just how vast the gulf is between a hand-crafted crab raviolo and a drab bowl of Dolmio-soaked spaghetti.

However, if you’ve managed to avoid the emotional scarring wrought by your own sub-standard pasta efforts, you may well be thinking about where you can rekindle your love of one of the world’s tastiest ingredients. Italy is, of course, the obvious answer. But within the nation’s intricate patchwork of unique and special pasta dishes, there are some destinations that deliver above and beyond the ordinary.

Lying slap-bang in the middle of the Mediterranean about 150km southwest of the city of Rome, Sardinia might not be the first place that springs to mind when you have a craving for saucy noodles. However, if you look beyond the glitzy resorts and white sand beaches, it turns out that there’s a hidden world of weird and wonderful pasta dishes just waiting to be discovered. Here’s our guide to some of Sardinia’s best pasta dishes. 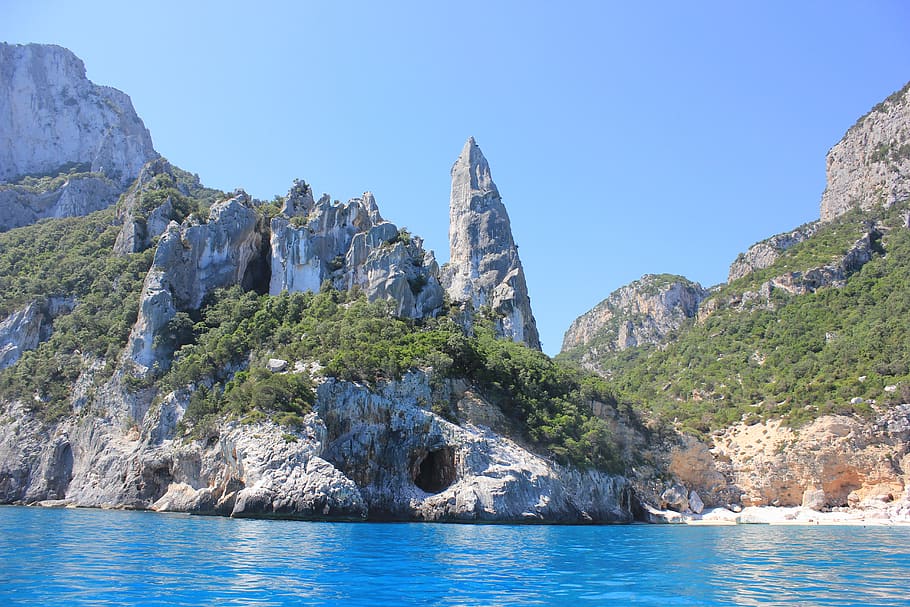 Like many of Italy’s most unusual pastas, lorighittas have a whimsically charming origin story. Said to have been created by single women to resemble earrings that they couldn’t afford, the dish features delicately woven ringlets of pasta dough, typically served in a rich meaty ragu. A speciality of the village of Morgongiori, this type of pasta remains inexplicably alien outside of Sardinia.

Stuff almost anything inside a soft pillow of fresh pasta dough and you’re onto a winner, but these Sardinian staples take things to the next level. Closer to miniature Cornish pasties than tortellini, these giant dumplings can be filled with a variety of sweet and savoury ingredients, including sweet potato and ricotta. Said to resemble ears of wheat, culugiornes are hearty pockets of pasta heaven.

They may look like desiccated woodlice, but malloreddus are one of the must-have dishes on any trip to Sardinia. Grooved and sculpted to facilitate maximum sauce coverage, the gnocchi-like shells are easily one of Sardinian cuisine’s most popular exports and are often enjoyed in a “Campidanese” sauce made from local sausage, tomato and saffron.

Sometimes colloquially referred to as “giant couscous”, fregula is an unusual, shotgun pellet-shaped pasta that proves just how versatile durum wheat and water can be. Often used as a foil for seafood such as clams, the miniature pellets are actually toasted in the oven before being cooked, helping give fregula its unique and inimitable texture.

Similar to the more popular orecchiette, tallutzas have the distinct appearance of fossilised sealife. Thankfully, they taste much better than a trilobite. The delicate shells are made without eggs and typically served in a seafood sauce, making them perfect for lighter, fresher pasta dishes.

While spaghetti might sound like a slightly conservative pasta choice, it is the other element of this dish that makes it truly Sardinian. A dried block of mullet roe similar to Japanese karasumi, bottarga is an intensely flavourful umami seasoning agent, ideal for adding extra wallop to any lacklustre dish. Grated on top of freshly prepared pasta, this Sardinian speciality delivers bags of concentrated seafood flavour.

If you’re going to call your pasta “The Threads of God”, it better live up to the hype. Famous for being the rarest pasta in the world, the recipe for su filindeu is known only by a select few women in the town of Nuoro. 256 microscopic strands of pasta are fashioned into web-like nests and served in hearty bowls of sheep’s broth and pecorino cheese. Served only during a special October feast day, it is the ultimate on anyone’s pasta bucket list.

Despite all the deliciousness, it’s undoubtedly true that getting anywhere is going to be tricky for the foreseeable future. However, even if fantasies of azure surf and hearty bowls of al dente strands are slightly premature, the time will come when we’re free to enjoy our favourite food again. When that time comes, pasta fans should have one destination at the top of their list.