Can you make bread in the microwave? Twisted puts recipe to the test

If the history of baking has taught us anything, it’s that making bread in the microwave is probably an unnecessary complication. Whether you're fiddling with a fougasse or folding focaccia, nuking flour is rarely necessary.

If you ever forced a proud professional baker to choose between a microwaved loaf versus no bread ever again, the streets would likely be full of crumpled toques before you could say “ping”. The difference between lovingly kneading your dough and whacking it in a tiny reactor for 90 seconds couldn’t be more pronounced.

READ MORE: Can you make bread in a slow cooker?

Having said that, just because microwaves go against every culinary instinct doesn’t mean that they can’t deliver something worthwhile. 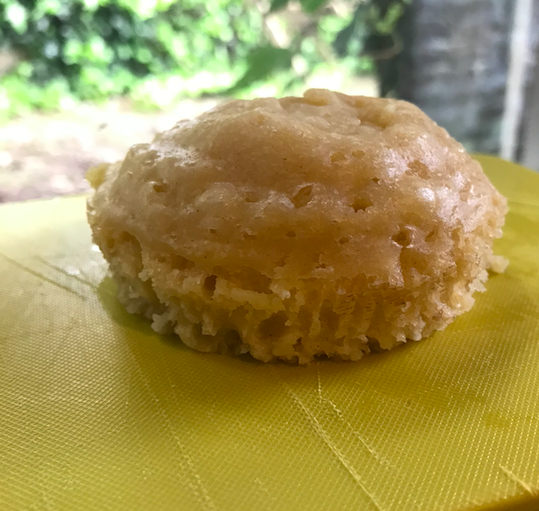 We decided to find out if you can make bread in a microwave (Credit: Twisted)

How can you make bread in the microwave?

This week, after spying several stories discussing “microwaved bread”, we decided to put snobbery to one side and put radioactive-baking to the test. We’d be lying if we said we weren’t a bit suspicious.

The recipe we eventually settled on featured several unusual ingredients. For instance, in our experience, eggs are best served stuffed into sandwiches, rather than in the actual dough.

Despite carefully following the instructions, the results seemed to leave a lot to be desired. The pre-”bake” batter looked like a half-way house between baby food and cement.

Despite furious whisking, working out all the lumps was almost impossible. Instead of the comforting yeasty waft of rising dough, our mug had a weirdly eggy, citrus smell - like someone’s misguided attempt to disguise a drain with washing up liquid.

Check out our collection of Microwave Dessert Recipes:

The prognosis did not improve after the first blast. 90 seconds in the microwave and the grouting in our cup had turned into an oily pock-marked wasps nest - oozing oil and looking more like the face of a bedroom-bound 15-year-old than something you’d actively want to put in your mouth.

The butter that had been incorporated into the mixture was now doing its best to escape, collecting in yellow pools at the corners of the spongey dough. It looked so horrible, we decided it needed to go back in for another 20 seconds. 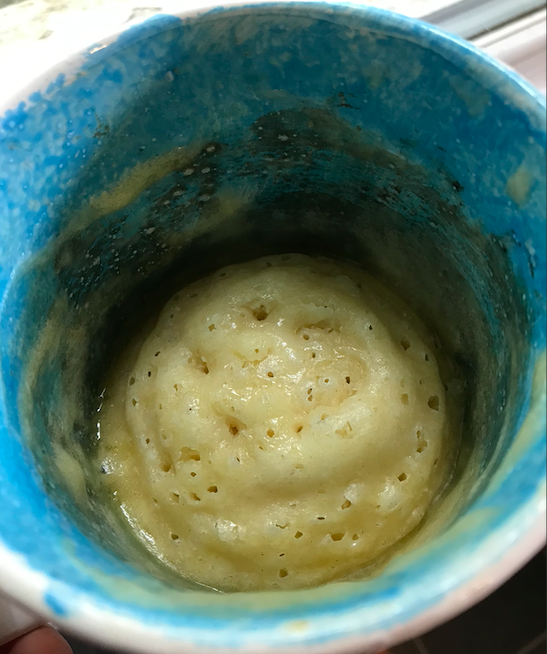 Other than appearance, another issue with the recipe seemed to be portion size. Given that there had been no proving process, we weren’t expecting the “bread” to have ballooned uncontrollably, but even then it looked surprisingly sad and deflated.

While it can probably be scaled up, the original recipe provides enough batter for a two-inch doughy cylinder - not quite the mighty baguette you may have been hoping for.

However, despite all appearances and smells, there’s no doubt that the end result was edible. It was about as close to bread as Twisted is to Escoffier, but it definitely wasn't a total disaster.

The dense centre felt like someone had sat on a buttery crumpet, and after a few seconds in a post-microwave toaster, the rubbery disks were ready to eat.

To provide a balanced perspective, we covered one half with honey, and the other with Marmite. The crumpet comparisons became even more pronounced as we ate. It was also obvious that the recipe needed a pinch of salt.

The honey, however, which had been spread over the airier “top” of the bread, had a slightly eggy tang and ultimately tasted like someone had sprinkled sugar over an omelette. 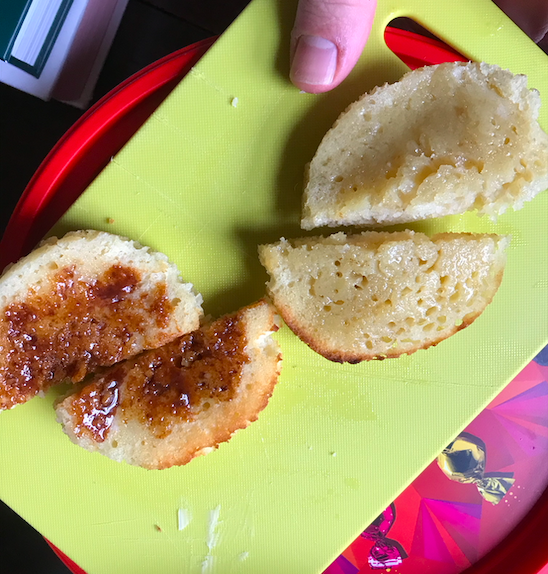 There are a few takeaways to be learned from this experiment. For starters, you can’t make “bread” as you know it in the microwave. At least, not with the recipe we used.

READ MORE: How to make bread at home

However, if you're craving a crumpet and find yourself stuck indoors with nothing but an egg and a bag of flour, this hack may well work for you. With a sprinkle of seasoning, you could end up with a serviceable breakfast.

Just don’t tell any proper bakers about your plans. They might throw a rolling pin at you.