The Celebrity Bake Off 2021 lineup has been revealed – and there are some pretty impressive names this year.

Watching talented amateurs is all well and good, but nothing beats famous people making idiots of themselves over a tray of brownies.

However, whether it's because of boredom, newfound enthusiasm or some combination of both, the Celebrity Bake Off 2021 lineup seems to be extra special. 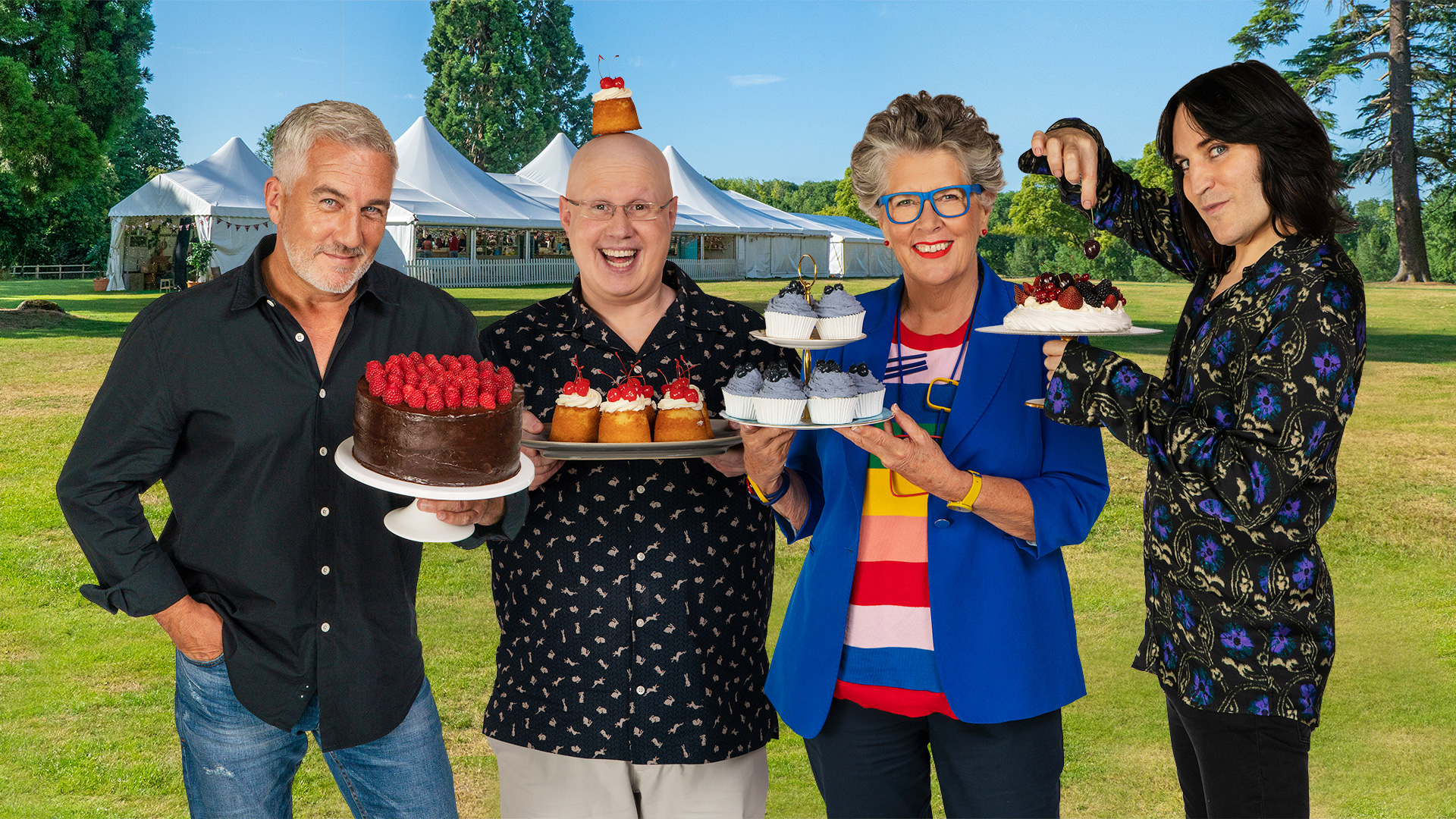 Instead of the usual collection of questionable celebrities, studded with genuine stars, Channel 4 has clearly decided to pull out all the stops. Stand aside, Paul. Bake Off's got genuine Hollywood royalty in town.

Here's everything you need to know about the Celebrity Bake Off 2021 lineup.

The Scottish superstar boasts an incredible CV, including the X-Men franchise, The Last King of Scotland and Split. He is currently starring in the recent adaptation of Philip Pullman's His Dark Materials for the BBC. 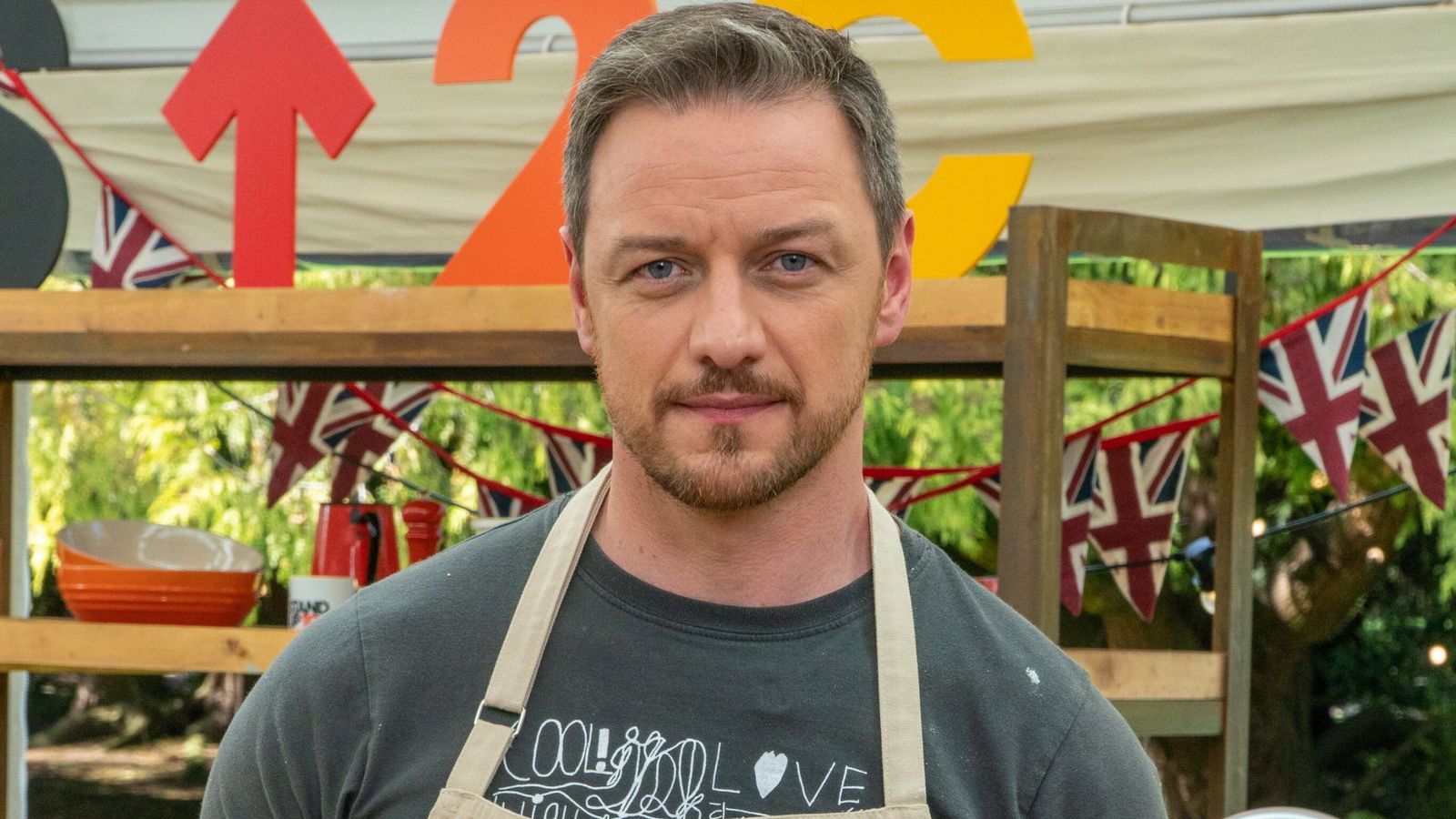 James McAvoy has signed up for Celebrity Bake Off 2021 (Credit: Channel 4)

Ridley is one of the most exciting young actors working in Hollywood today, with an extremely eclectic CV. Most viewers, however, will recognise her from her starring role in the recent Star Wars sequel trilogy. 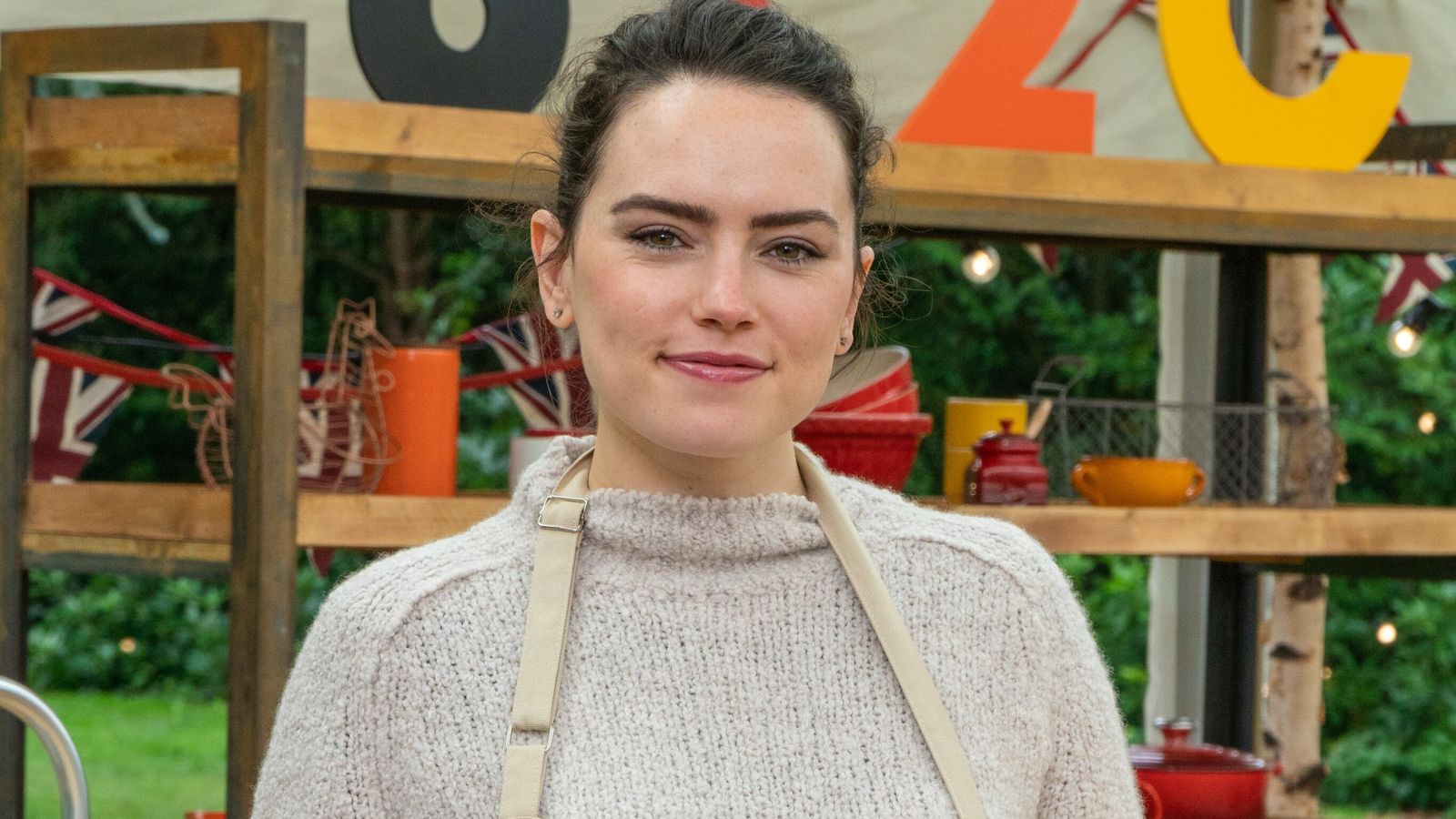 The double Olympic champion became a national legend when she won Gold in both the 800 and 1500 metres at the 2004 Athens Games. Since retiring, she has worked extensively as a commentator on TV and radio. 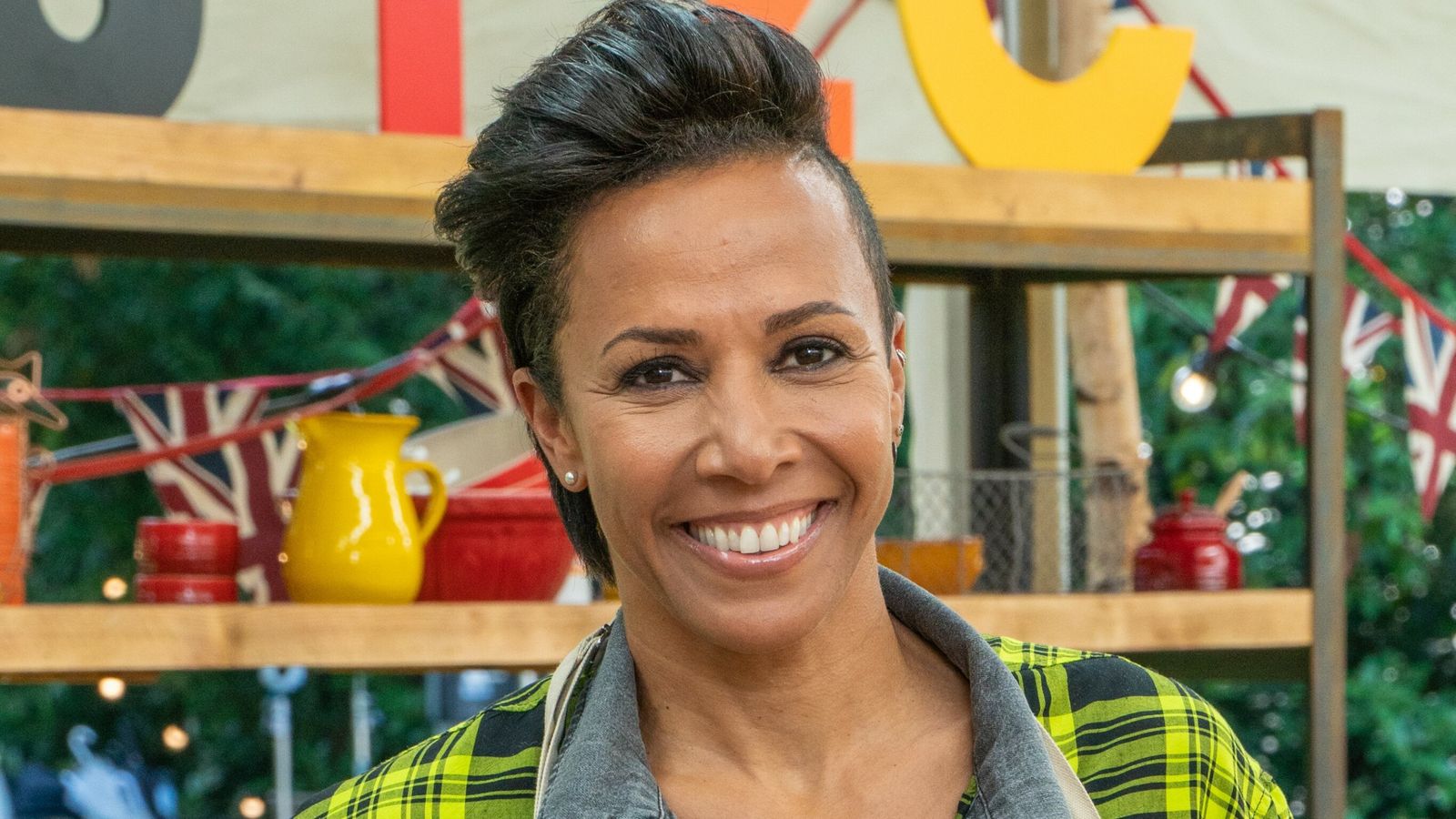 The Canadian-born comic has been a fixture on British TV for several years. She recently starred in her first televised sitcom for Netflix, The Duchess. 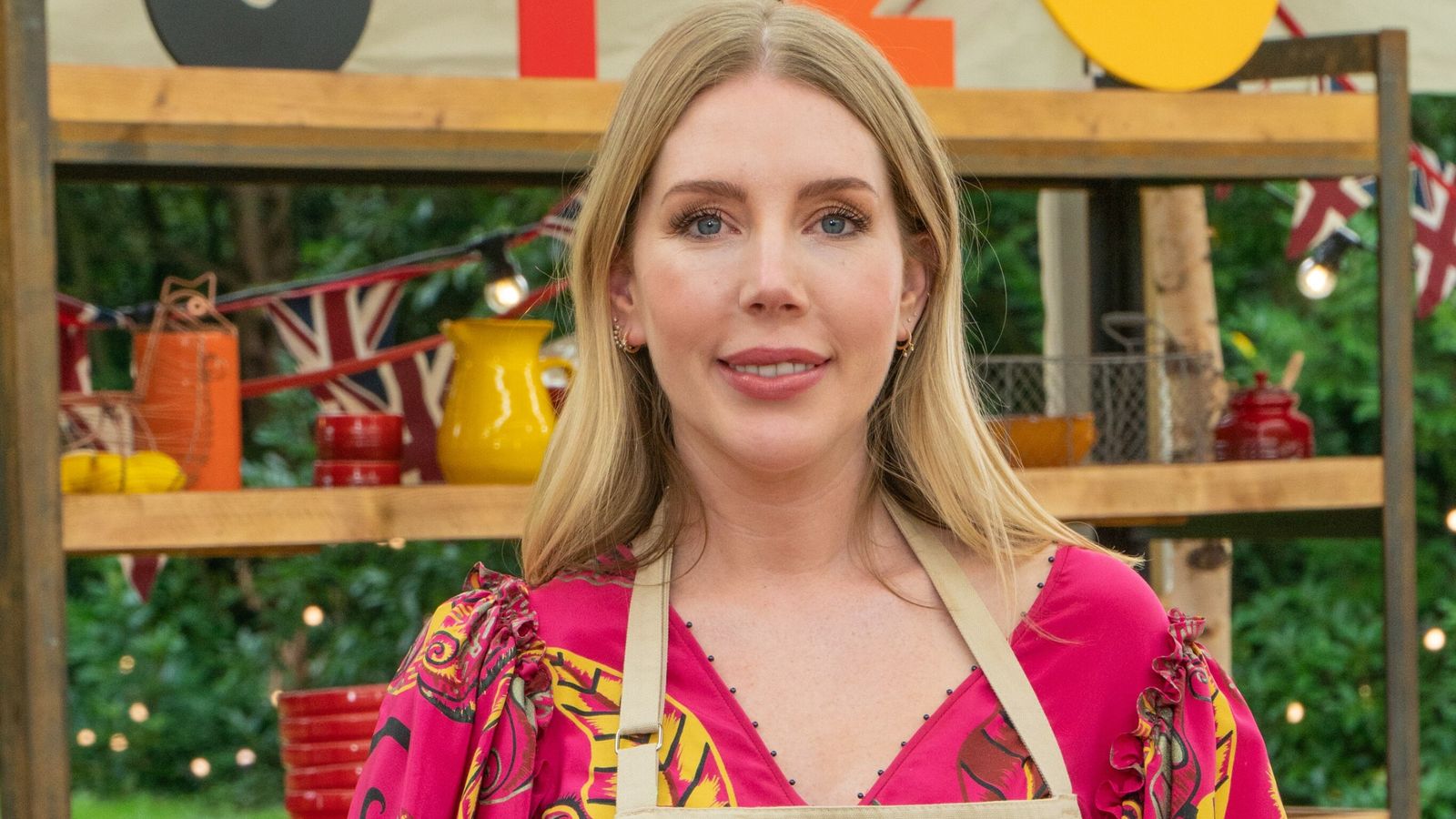 Katherine Ryan is planning to show off her baking skills (Credit: Channel 4)

An actor and writer, Shearsmith is probably best known for helping to create the popular The League of Gentleman. he has also collaborated on comedy series Psychoville. 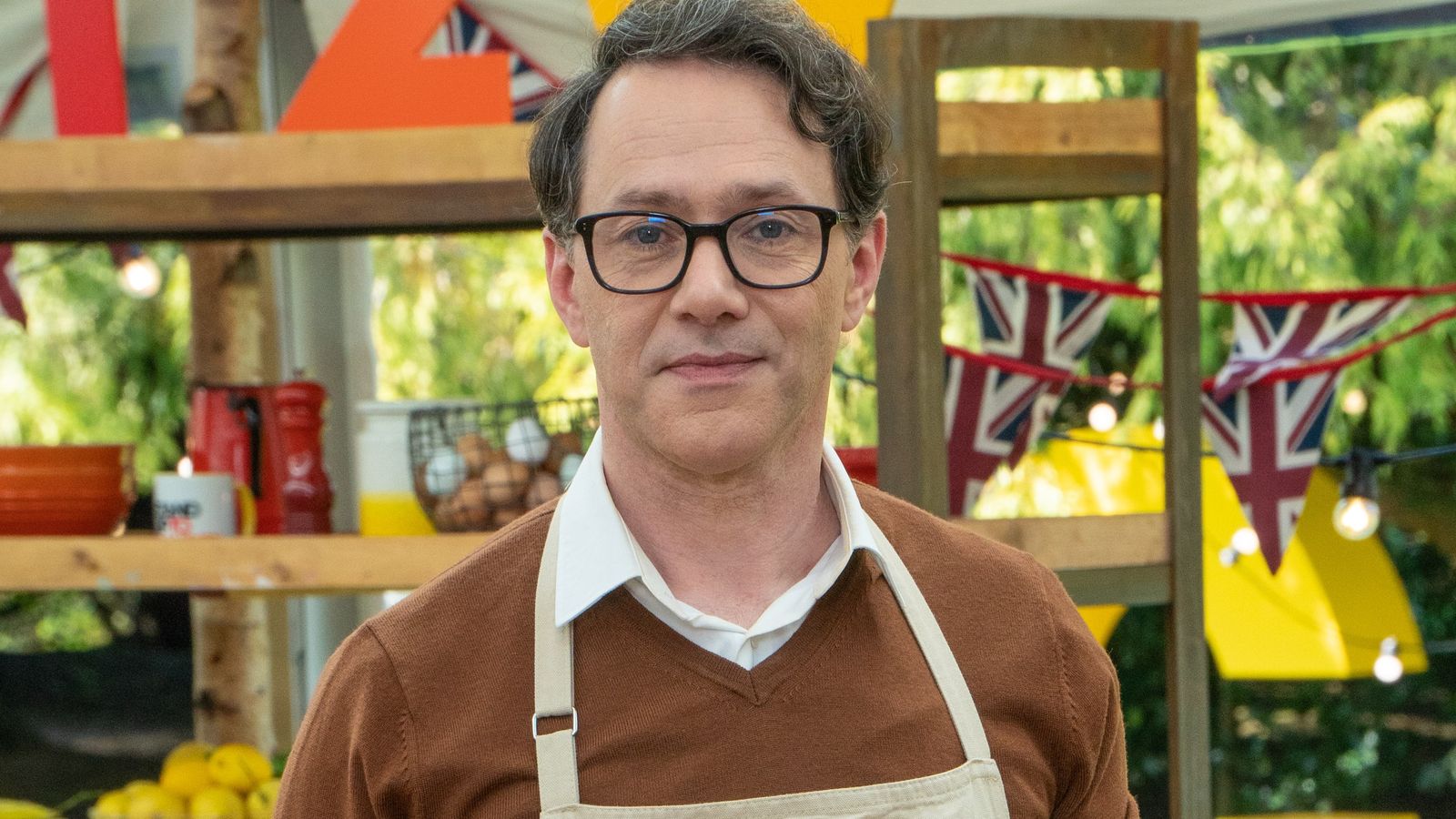 DoesReece Shearsmith have what it takes to win Celebrity Bake Off 2021? (Credit: Channel 4)

A celebrated psychologist and best-selling author, Perry has also produced several documentaries for both the BBC and Channel 4. 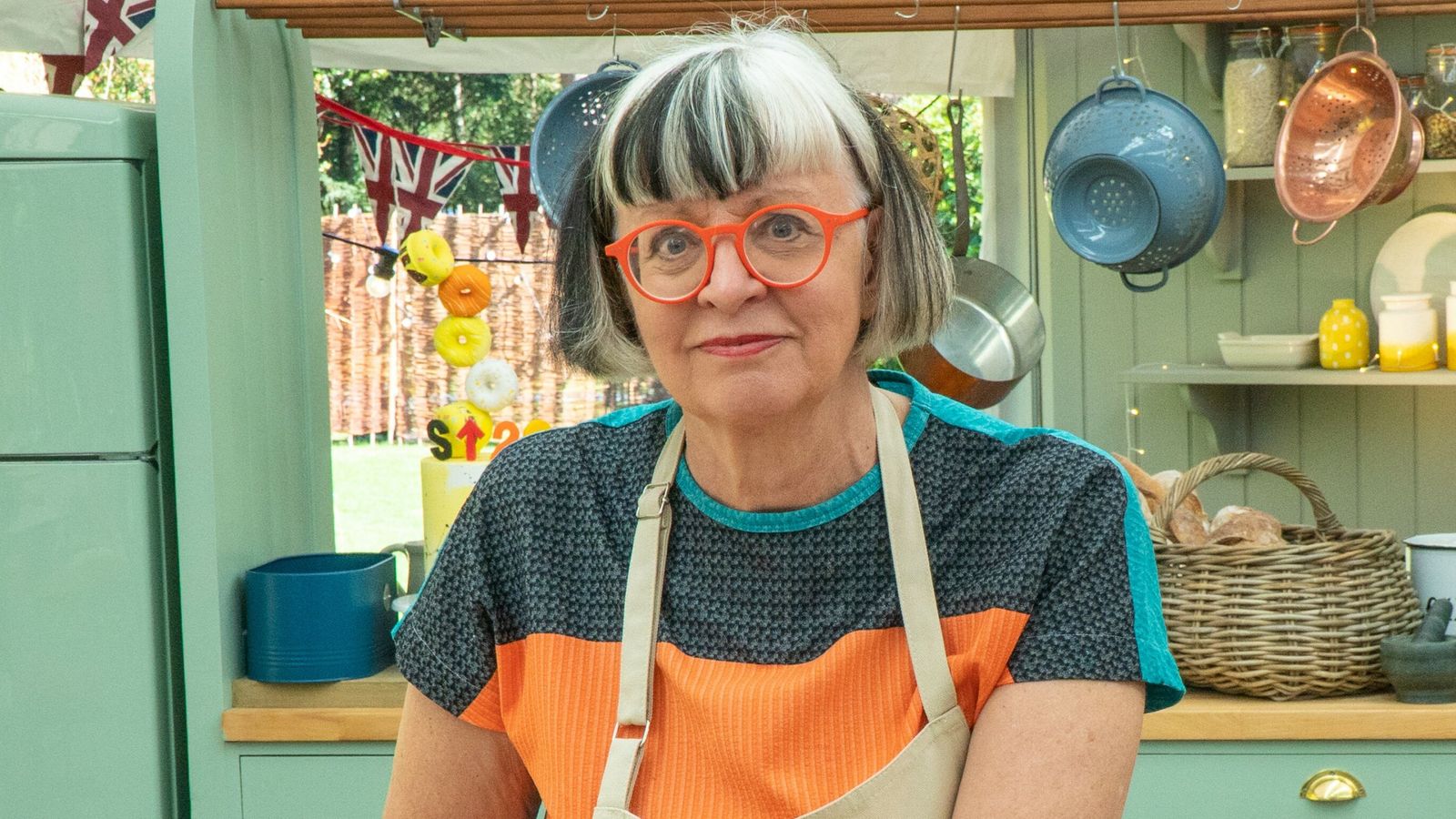 Bishop began his career as a comedian, featuring regularly on panel shows such as A League of Their Own. However, he has since diversified, recently accepting a role as a companion on Doctor Who. 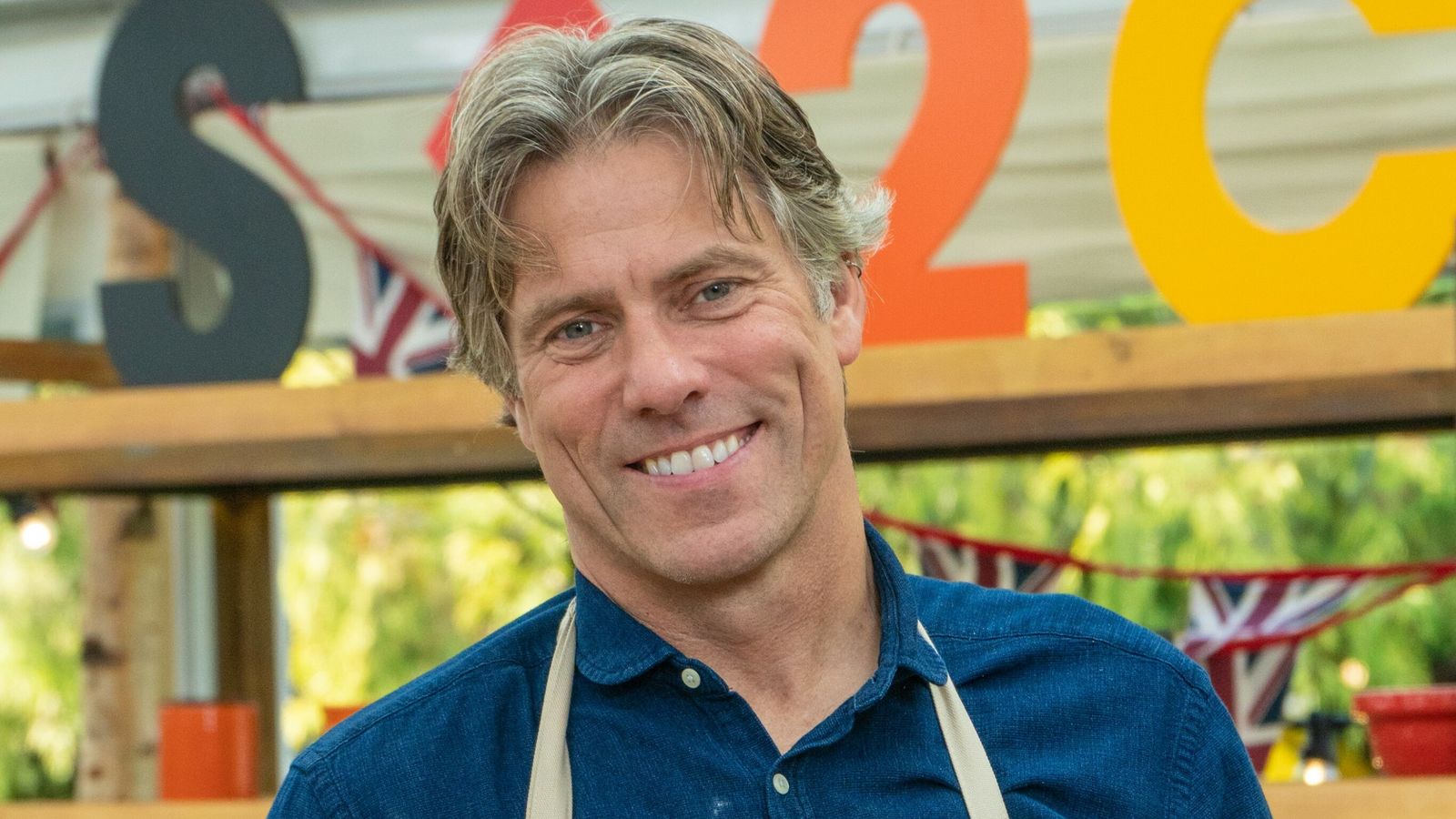 A presenter and a journalist, Dooley has risen to prominence following the success of several hard-hitting documentary series. She is also no stranger to reality TV, having won Strictly Come Dancing in 2018. 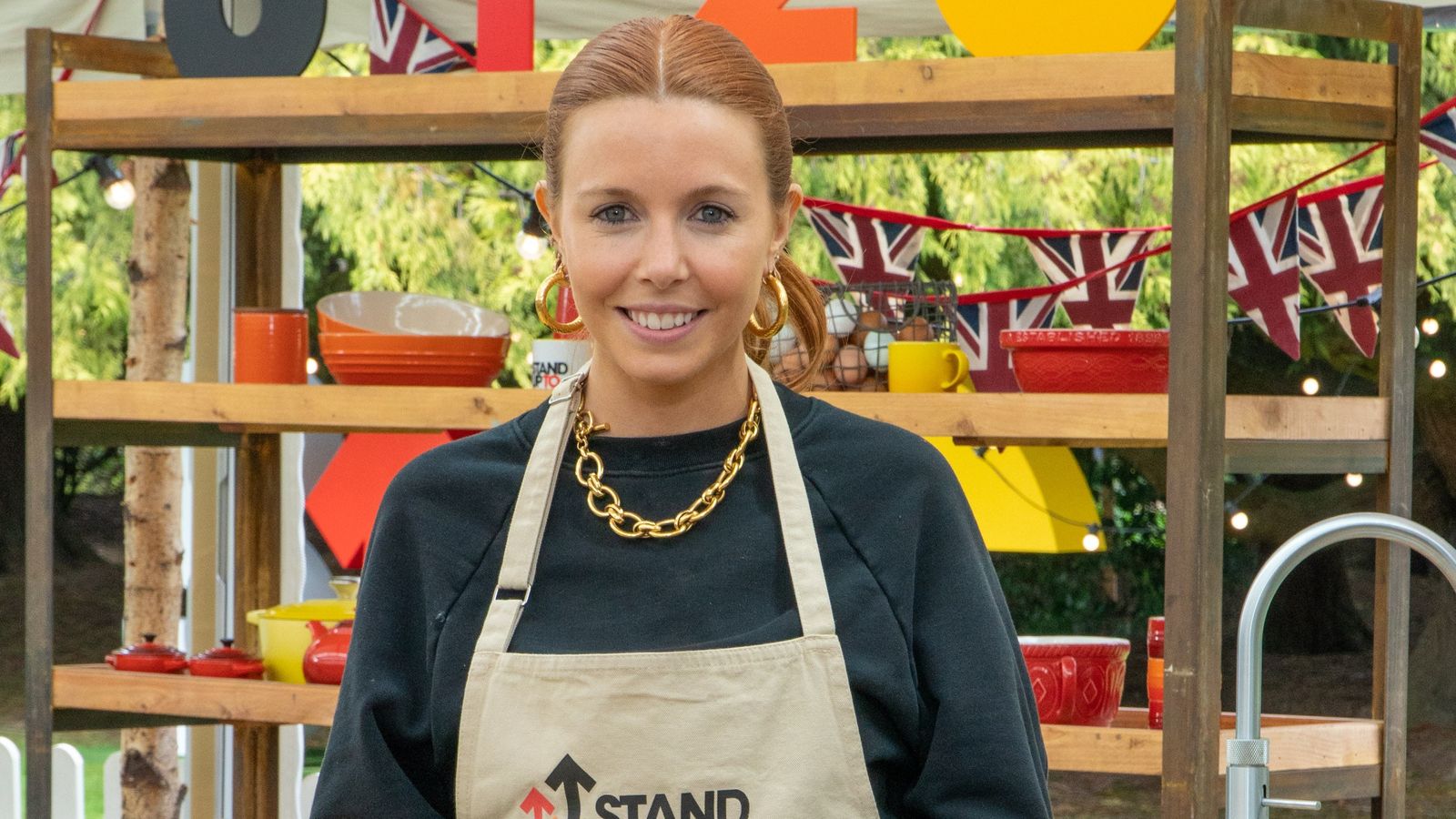 Stacey Dooley is no stranger to reality TV (Credit: Channel 4)

Allen will probably be the most comfortable out of all the competitors in the tent, due to his existing experience with the show. The comedian is a regular on Extra Slice, and has even hosted The Professionals. 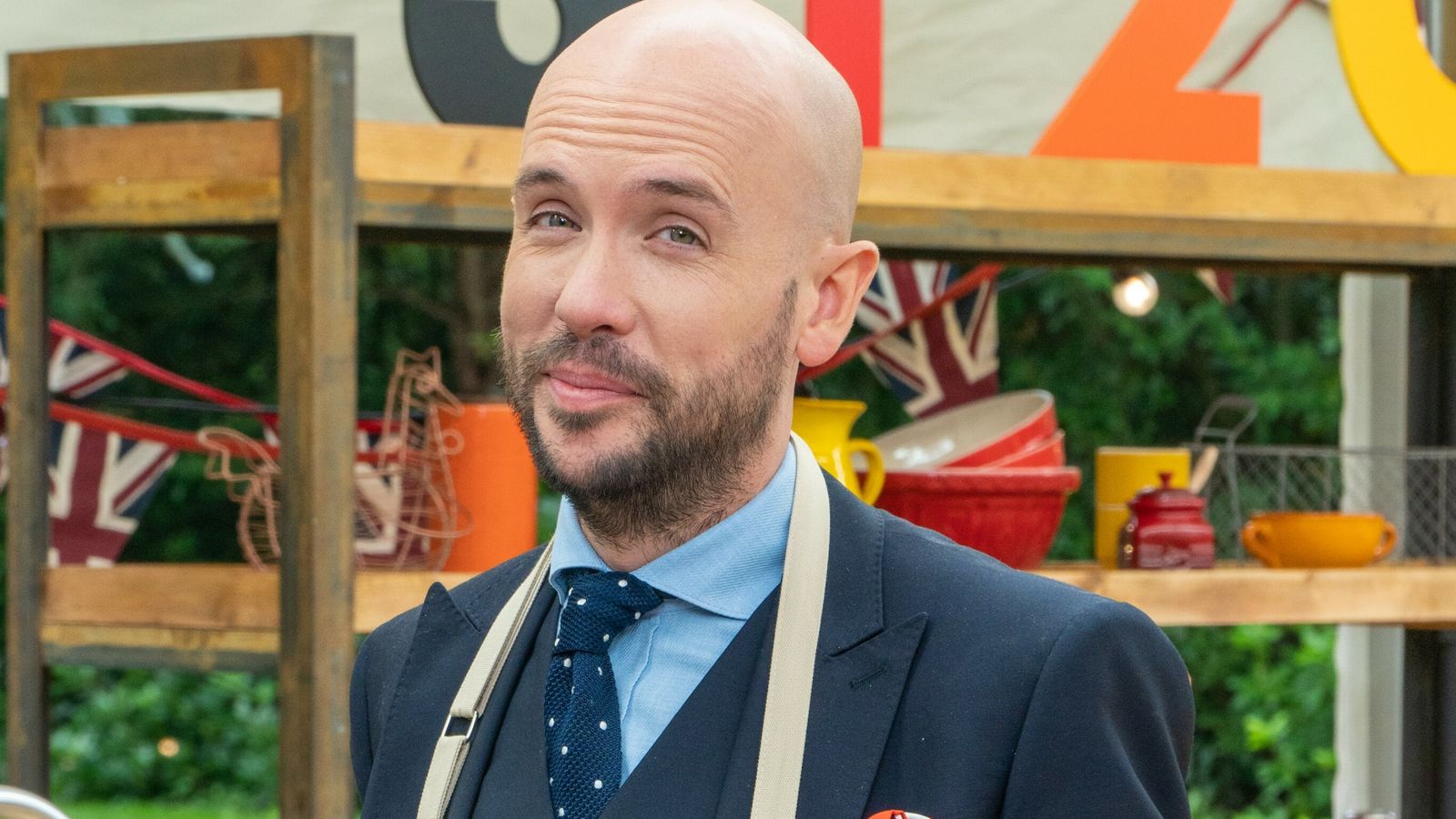 Does Tom Allen have what it takes to win? (Credit: Channel 4)

A YouTuber, rapper and even part-time boxer, KSI - also known as Olajide William "JJ" Olatunji - has an astonishing 22 million subscribers around the world. Given his varied qualifications, baking should be a breeze. 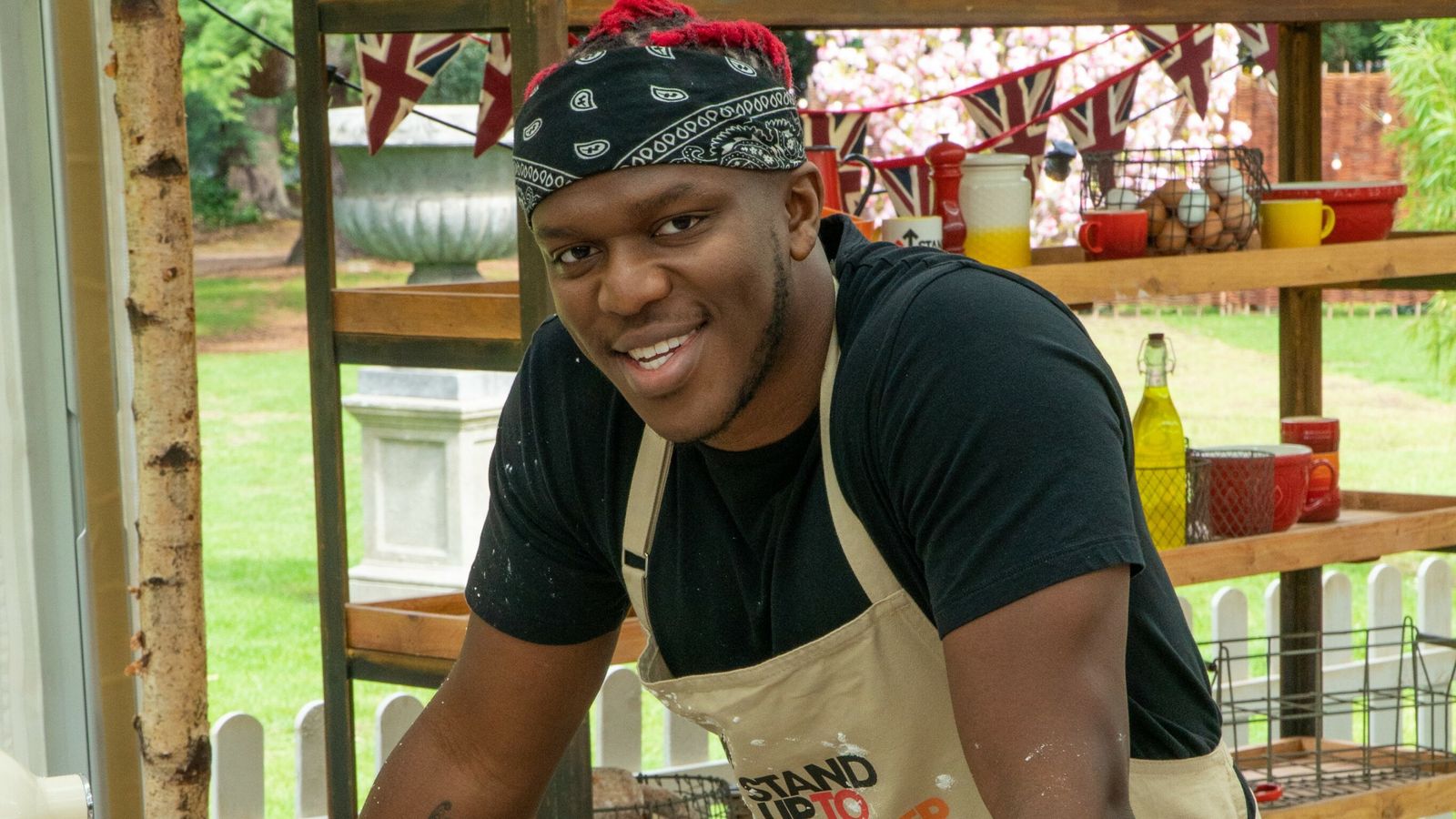 KSI has signed up for Celebrity Bake Off 2021 (Credit: Channel 4)

After rising to prominence as a Paralympian for Team GB, Adepitan has carved out a successful career as a presenter. The charismatic wheelchair basketball superstar was also awarded an MBE in 2005 for services to disability sport. 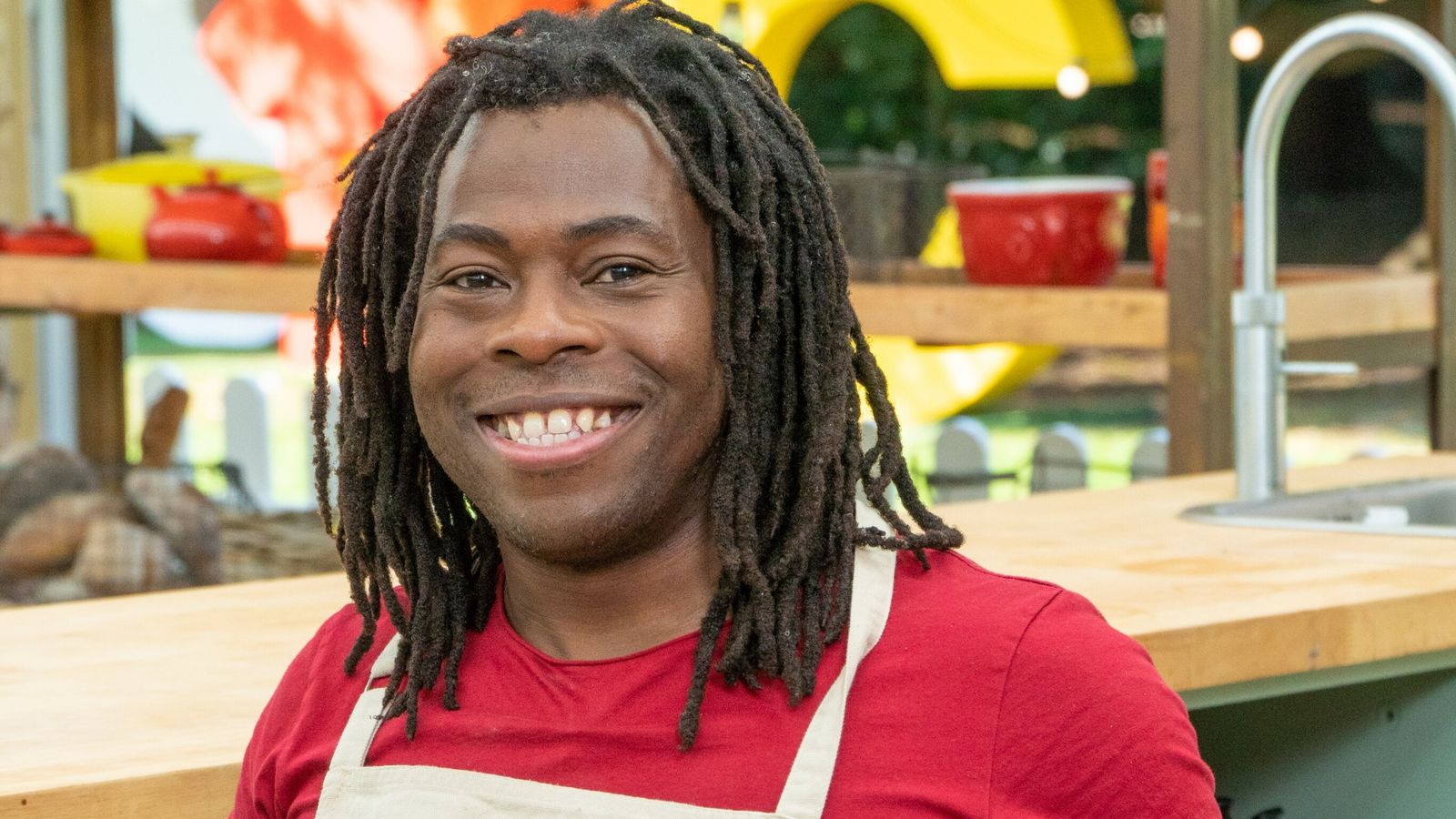 Does Ade Adepitan have what it takes to win? (Credit: Channel 4)

Part of one of comedy's most enduring double acts with partner Frank Skinner, Baddiel has done everything from stand up to songwriting. He is arguably most well-known for penning The Lightning Seeds eternal hit "Three Lions". 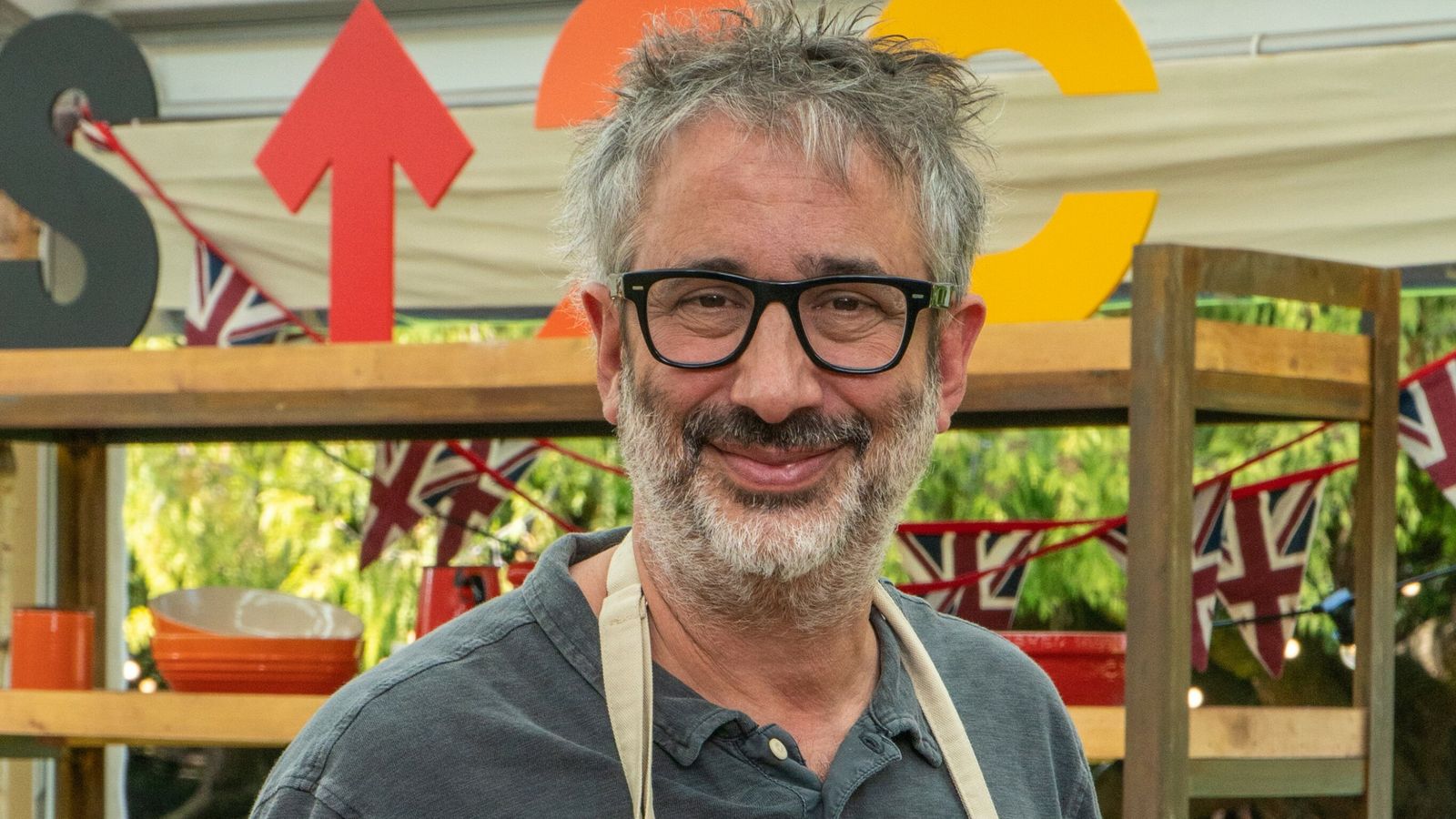 David Baddiel is a Bake Off fan (Credit: Channel 4)

Thirlwall competed in The X Factor back in 2011 - since then, her career has catapulted into the stratosphere. Her band, Little Mix, are now one of the biggest acts anywhere in the world. 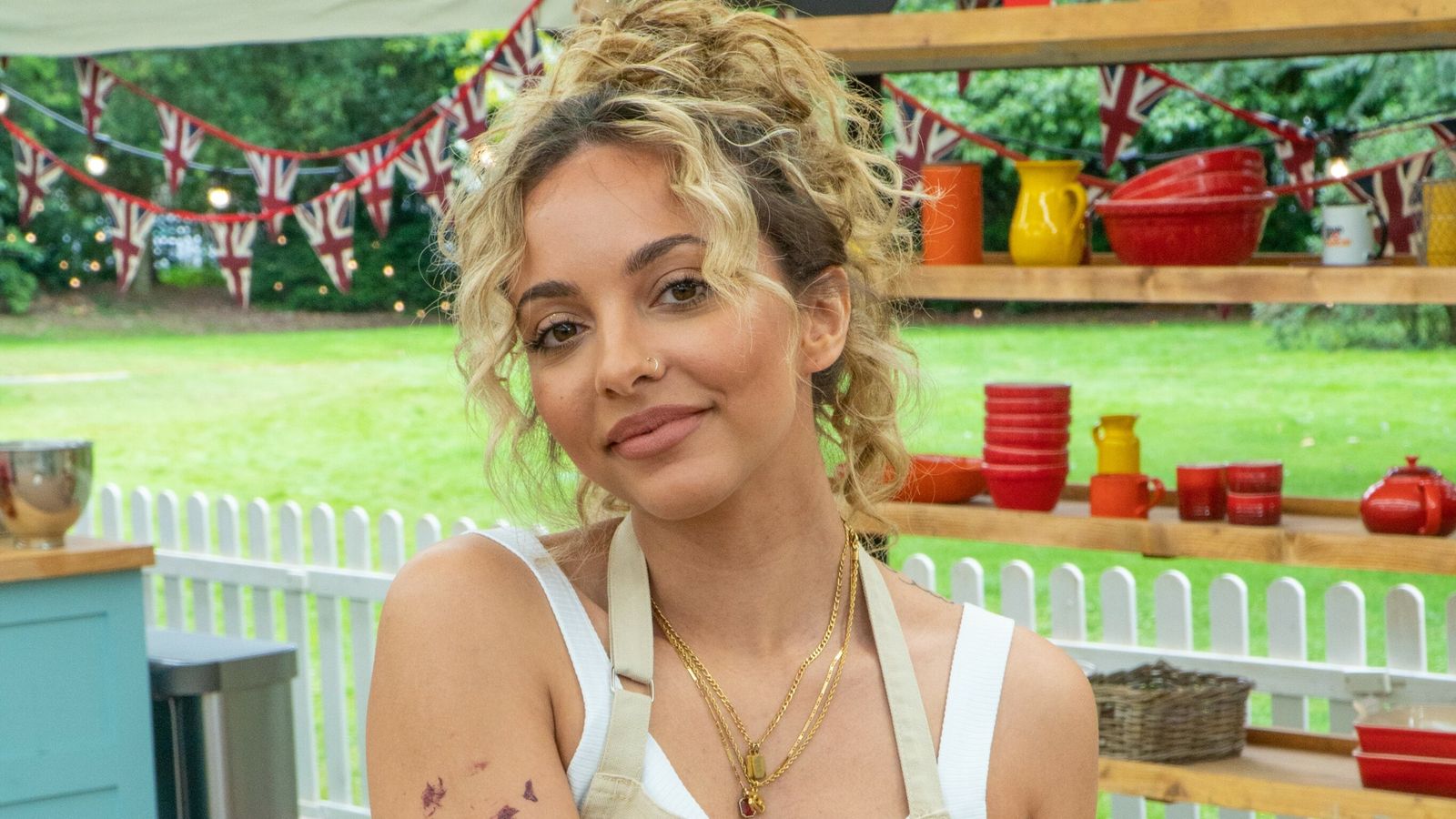 The grime pioneer burst onto the scene in 2003 with his debut record Boy In Da Corner. In the years since he has released a slew of hit singles, including Bonkers and Holiday. 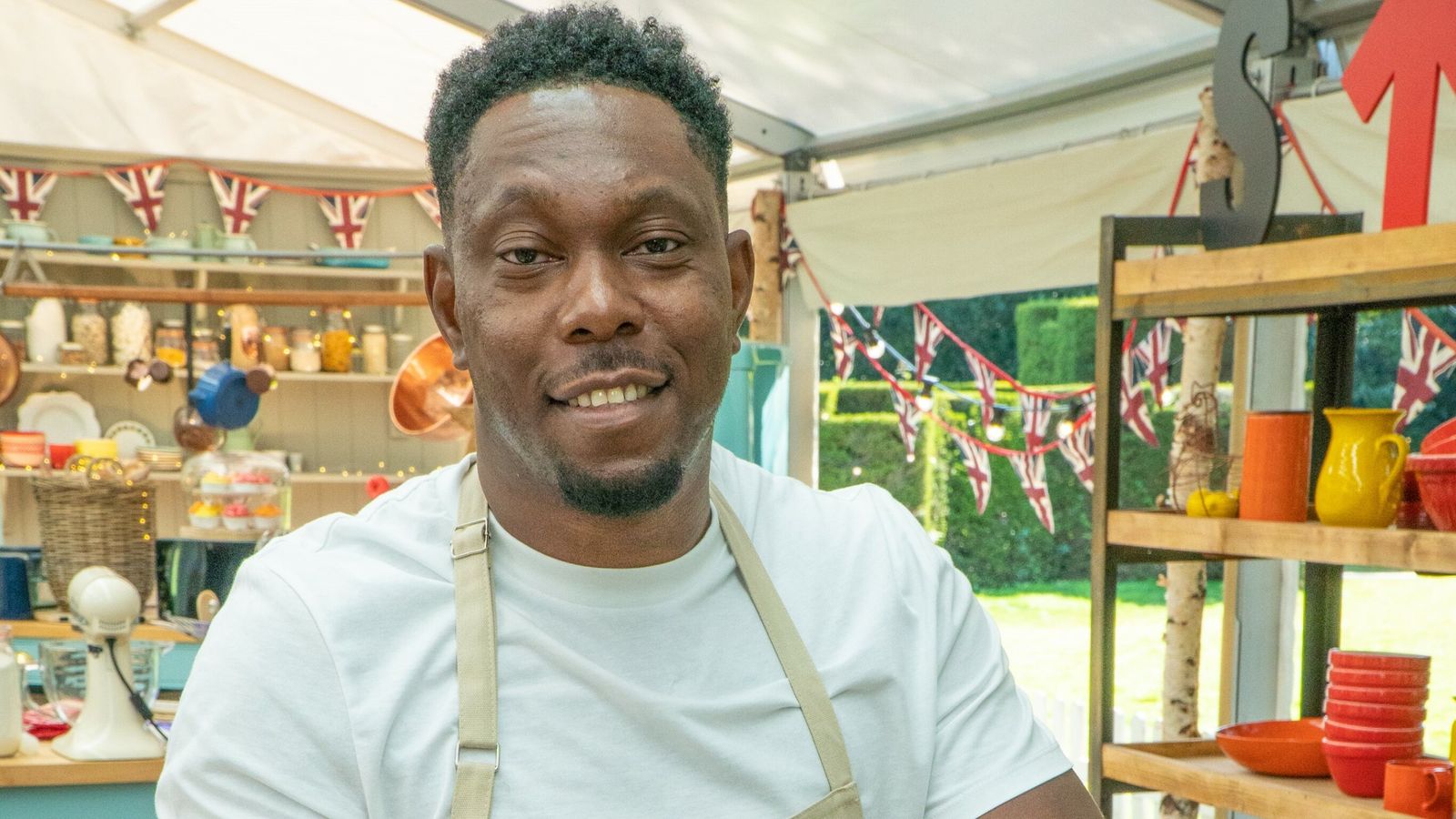 Rice was one of the most recognisable faces on TV in the 80s and 90s, hosting several popular game shows. She has also worked extensively in radio and journalism. 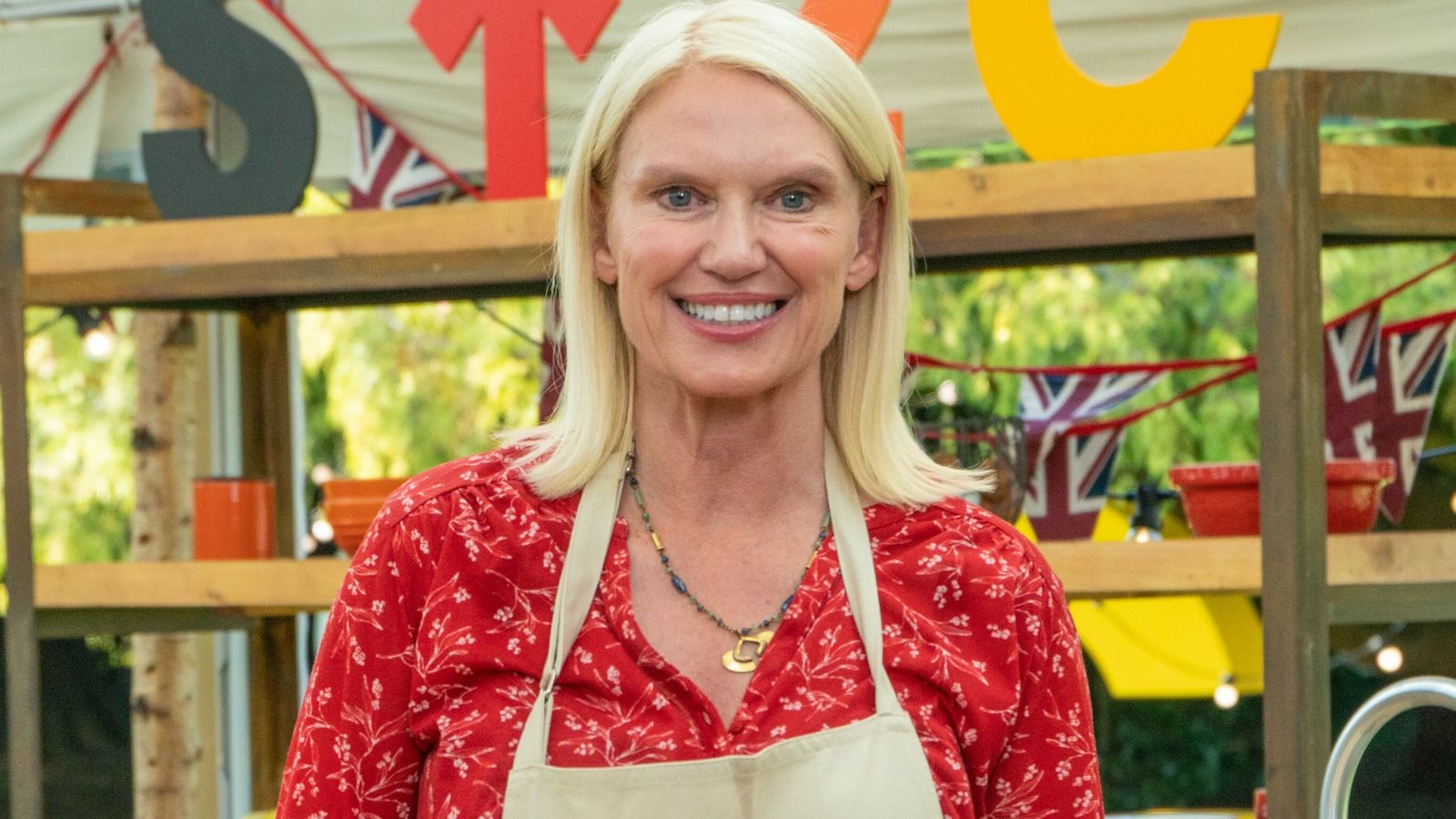 Another X-Factor graduate, Burke actually won the show back in 2008. She has gone on to enjoy an extremely successful career in musical theatre. 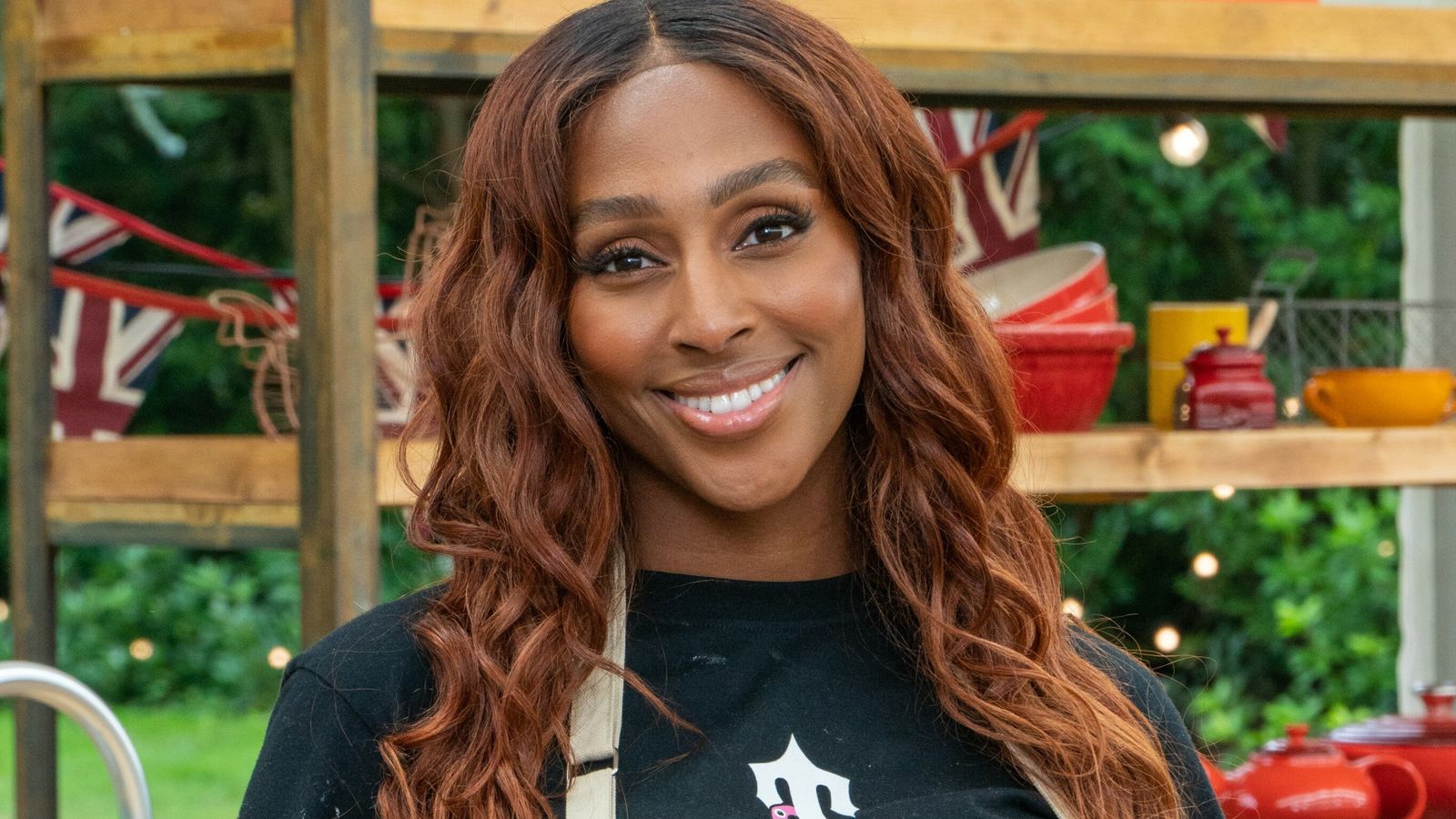 Does Alexandra Burke have what it takes to win Celebrity Bake Off 2021? (Credit: Channel 4)

A BBC Radio One legend, Grimshaw has been a stalwart of the flagship radio station for over a decade. The former X Factor judge is also a regular on the Channel 4 spin-off series Celebrity Gogglebox. 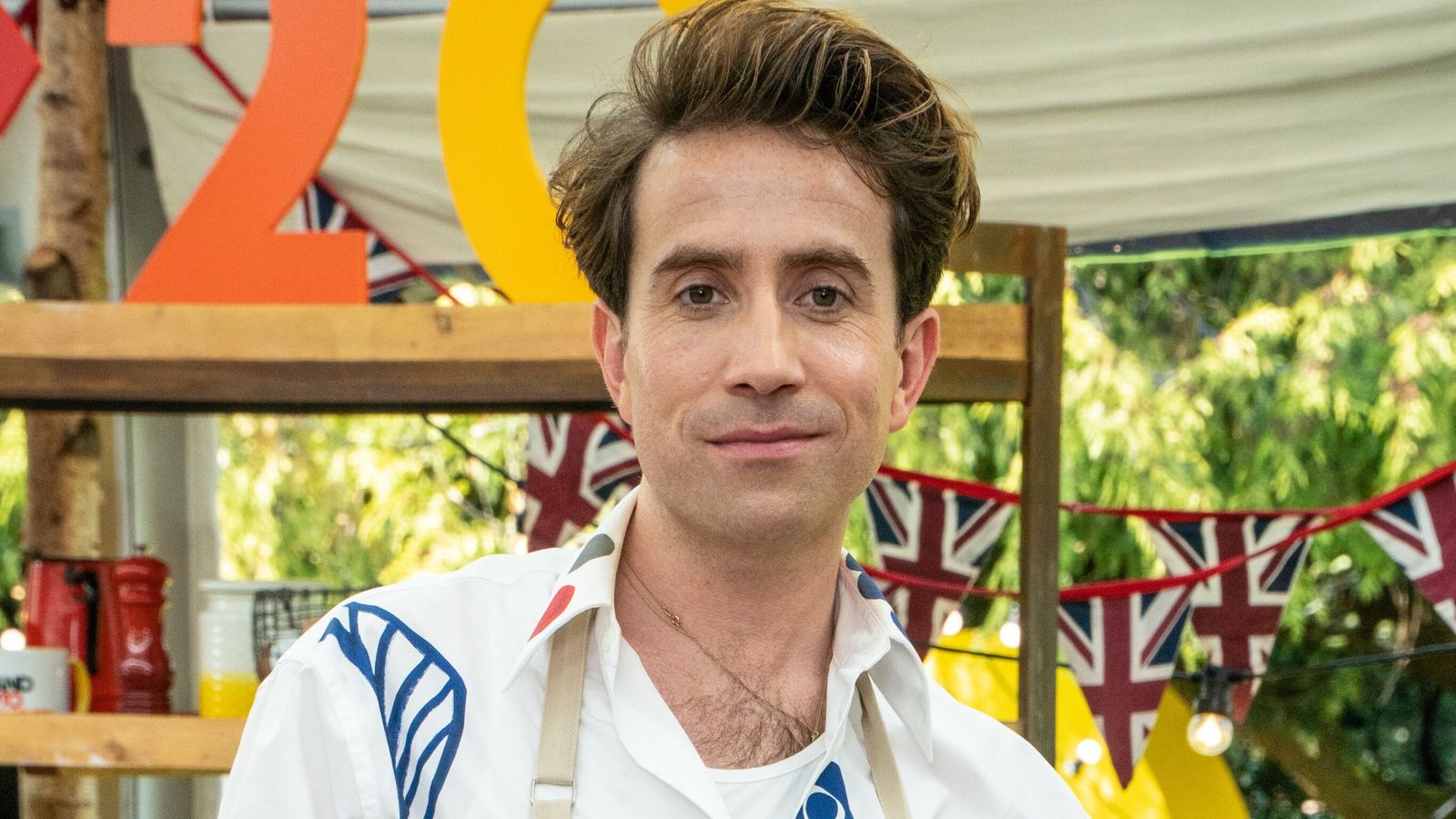 Nick Grimshaw is planning to show off his baking skills (Credit: Channel 4)

The London-born comic is a regular on panel shows like 8 Out Of 10 Cats... and Mock the Week. He also has a prolific comedy partnership with Romesh Ranganathan. 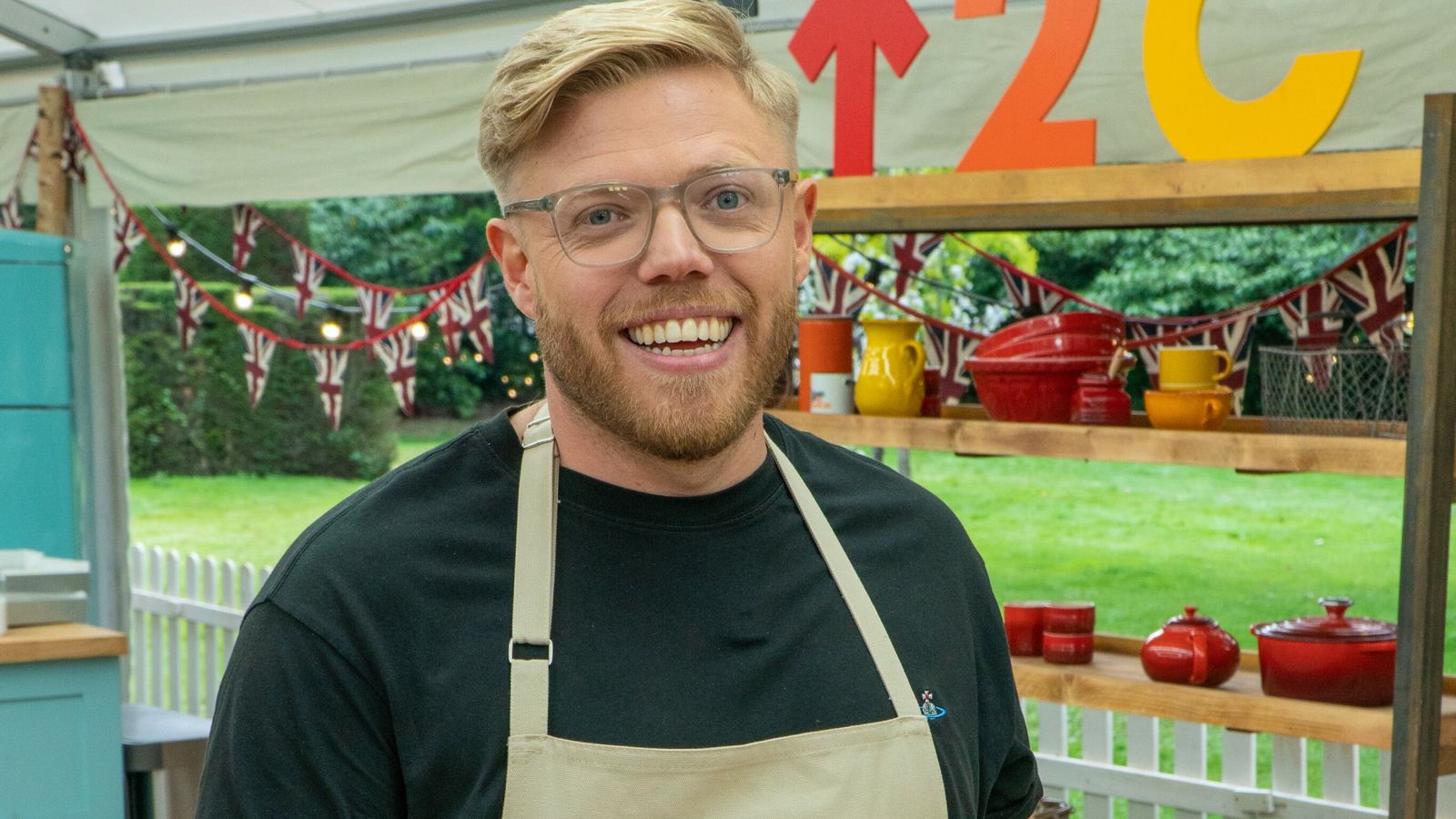 The 29-year-old singer was nominated for no less than four separate awards at the 2019 Brits. She has also released a number one hit alongside RnB superstar Sean Paul. 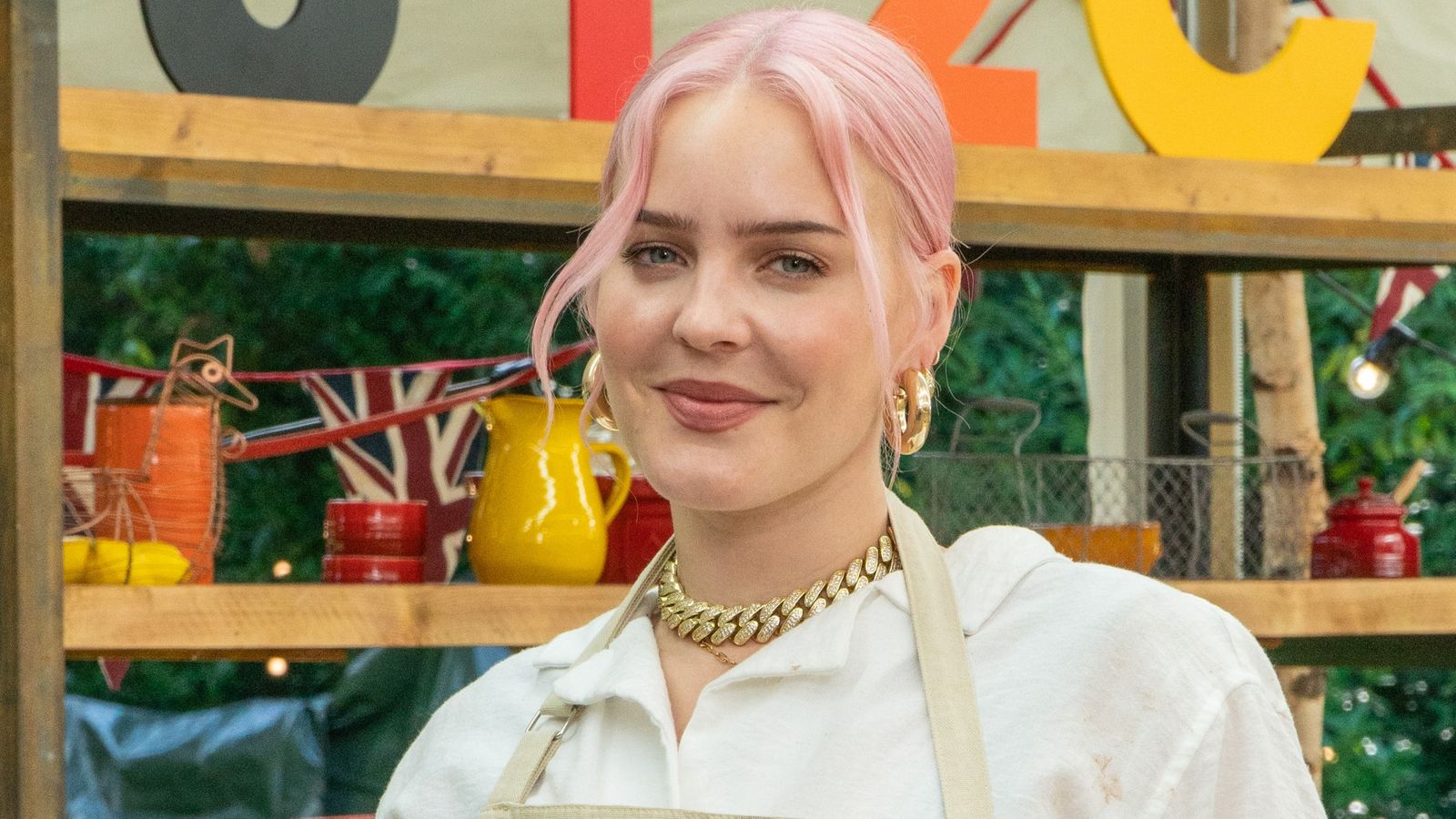 A former member of the pop supergroup Girls Aloud, Coyle has extensive reality TV credentials. She has also appeared on a series of popular ITV show I'm A Celebrity... Get Me Out Of Here! 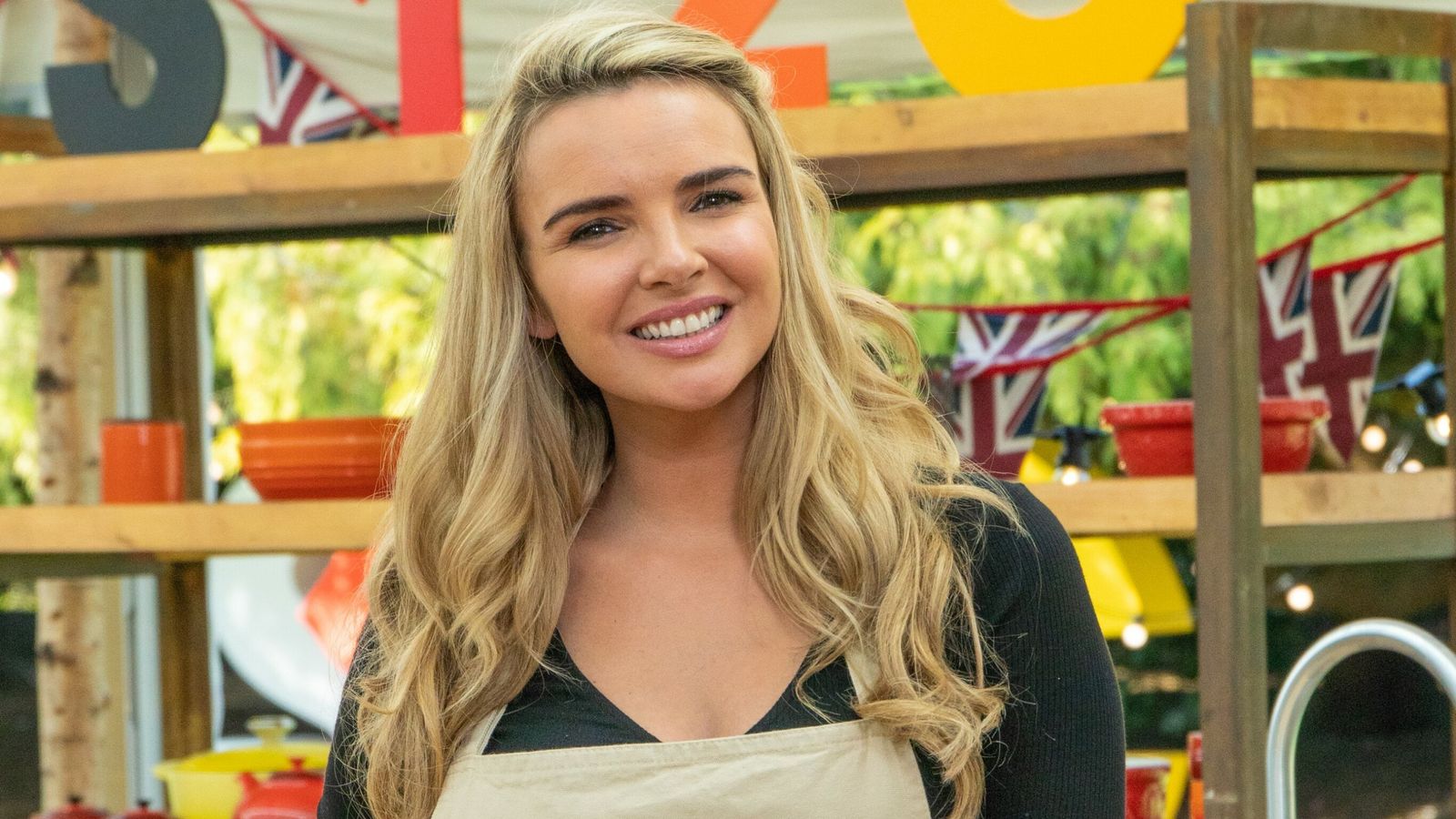 Nadine Coyle has signed up for Celebrity Bake Off 2021 (Credit: Channel 4)

When does Celebrity Bake Off 2021 start?

Though no exact date has been announced, the show is set to return in the spring.

In a recent tweet confirming the celebrity lineup, Channel 4 confirmed:

"The Great Stand Up To Cancer Bake Off returns this Spring! Here are the celebs daring to enter our tent for a great cause…"

As soon as we know more, we will update. I personally can't wait to watch James McAvoy channel his inner Charles Xavier as he tries to avoid a soggy bottom