Why everything you know about the food pyramid is a lie

For many Americans, the familiar sight of the food pyramid is as close as you can get to dietary gospel. For decades, families were indoctrinated with the reassuringly straightforward government guidelines for healthy eating, pioneered and promoted by lines of clever looking people in white coats.

Read More: Is coffee bad for you?

As the first attempt at a universal template for a balanced meal, the whole enterprise seemed to be entirely benign. We were going to be healthier, live longer and avoid increasingly common conditions such as obesity and heart disease. Yet, despite the zealous preaching of politicians and scientists and the willful acceptance of the people, America has still stumbled its way into a modern health crisis. How could this happen? The answer lies in the deceptively simple triangle that we have been blindly following. 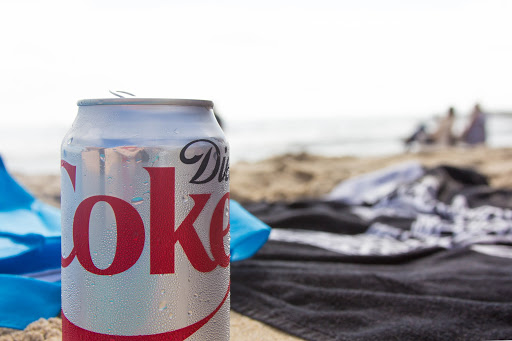 The origins of the first food pyramid lie, like many modern American innovations, in the labs of Harvard University. At the behest of the government - aware that obesity, diabetes and heart disease were on the rise in the US - professor Mark Hegsted and his team of boffins created the blueprint that many argue laid the foundations for our current health woes.

Hegsted’s study found that America’s issues lay in the amount of fat that they were consuming. He urged people to reduce fat intake to 30 to 35 per cent of all calories, whilst upping carbs to between 55 to 60 per cent. Though the study also included some crucial information, such as the importance of fruits and vegetables, many now believe that Hegsted’s advice concerning carbs led the population to convert to a low-fat religion. It was this watershed that set us on our current disastrous dietary path.

Thanks to Hegsted’s research, many Americans believed that saturated fats from eggs, meat, butter and whole milk were to be avoided like the plague. This, in turn, led to the rise of the low-fat food industry, where products such as skimmed milk and soybean oil became “health food” staples. Though we now know that fats form an essential part of our diet, and can have dire health consequences if cut out altogether, 80s America bought wholeheartedly into the new craze - creating everything from low-fat salad dressing to diet coke.

For all its flaws, Hegsted’s study is not the only thing responsible for the nation’s dietary debacle. As a way to make the new proposed guidelines more easy to digest, the government introduced the first official food pyramid in 1992. Following the advice of scientists, the diagram featured four basic food groups - Fruit and Veg; Carbohydrates and Grains; Meat and Fish; Milk and Dairy - all topped by a sugary and fatty summit representing the many treats to which we are all partial.

Though the template lacked any sense of nuance and failed to differentiate between the nutritional value of various members of a food group, there were nonetheless some positives to be taken from the design. Fruit and veg were placed at the bottom - illustrating that they should be consumed more regularly - with carbs second and meat and dairy making up the third tier. As a basic understanding of our dietary needs, the first food pyramid certainly served a purpose.

Though this purpose may have worked for the average American consumer, there was one group who were wholly unsatisfied with the new guidelines. The dairy, meat and bread industries were left aghast at the suggestion that Americans were eating too much of their products. Faced with the prospect of smaller profits, they began to consider how to turn the tide of public opinion. Together with the powerful sugar industry, the nation’s food giants banded together to apply lobbying pressure to the legislature. Unsurprisingly, spineless lawmakers soon gave in.

The result was the food pyramid as we know it today. Unlike its limited but well-intentioned predecessor, this new monolith was as much about money as it was about the public interest. Suddenly, bread, grains and carbohydrates appeared on the bottom, with official guidelines suggesting that up to 11 servings should be consumed every day. Fruit and veg were relegated to the second tier. Pasta became “healthier” than a peach. Though we now know that carbohydrates actually break down into sugars, the new guidelines led people to adopt a high carb lifestyle - a leading cause in the explosion of weight-related conditions that the nation is dealing with today.

In recent years, steps have been taken to try and reverse the damage done by the food pyramid. In 2011, the government introduced the new “MyPlate” guidelines that proved to be a slightly more insightful approach to nutrition whilst attempting to redress the balance between carbs and plants. However, the new advice still promoted a low-fat approach, flying in the face of what we now know about our bodies’ relationship with essential fats such as omega-3. Given what we know about the origins of the food pyramid, this surely begs the question of how much we can trust any new advice that seems unsubstantiated.

The history of the food pyramid reveals a shocking truth about nutritional science in America and the danger of accepting a blanket approach to food. Not only is uniform advice deeply unhelpful and even damaging for those who may not fit into a “conventional” body type, but it’s also clear that this advice may not have anyone’s best interests at heart. However, the enduring popularity of the food pyramid around the country shows that, if scientists and officials can get it right and create a system that is truly representative of our dietary needs, most people will be ready to listen. We all just need to take care that we are following sound science rather than the marketing whims of big business.

Read More: Foods that are way worse for your teeth than you might think