Doing anything unconventional, especially after a major global pandemic, is fraught with risk. Whenever a business pushes boundaries, there's a real possibility that things can blow up in everyone's faces.

However, if you get it right, the results of doing things differently can be transformative. So it is proving with catering experts, food enthusiasts – and in particular restaurant owners Jemima Jones and Lucy Carr-Ellison.

At Wild by Tart, a Belgravia-based offshoot of the duo's hugely successful catering company, the pair are pushing boundaries and creating a new kind of British restaurant. 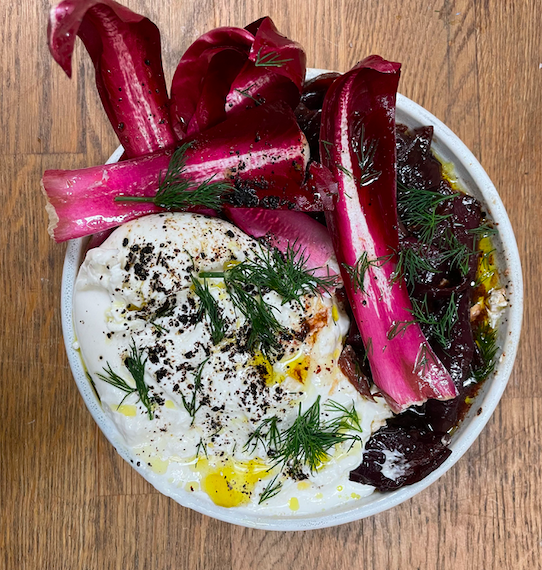 Wild by Tart specialises in seasonal produce with an international influence (Credit: Twisted)

Wild by Tart – a different kind of restaurant

Nestled in a former power station and coal store, Wild by Tart is much more than just a restaurant. Alongside the kitchen and dining room, the space houses a catering division, cafe and coffee kiosk, as well as a fully functioning photography studio.

The kitchen serves zingy citrus cured trout alongside 30-day-aged ribeye, and actively encourages dogs to come for dinner. It's this multi-faceted approach that makes the restaurant such an interesting case study in the modern British food industry.

Critics might argue that juggling a restaurant, catering company and photography business under one roof is a recipe for disaster. However, for both Carr-Ellis and Jones, ticking as many different business boxes as possible was always part of the plan.

As Carr-Ellis tells Twisted: "It's something that we've always dreamed about doing. We found the space and fell in love with it and were able to house the whole thing all in one.

"I guess it kind of comes from your own drive. This was our vision and we really, really wanted it. If you have a dream and an idea and you're going to strive to make it happen, anything's possible."

"We had a pop-up restaurant that really got us passionate about having our very own bricks and mortar," adds Jones, "that really started us on the journey."

Doing so many different things under the umbrella of a restaurant certainly isn't typical in the industry. However, as both Wild by Tart and other elements of the business continue to thrive, the project is living proof that such a concept can work. 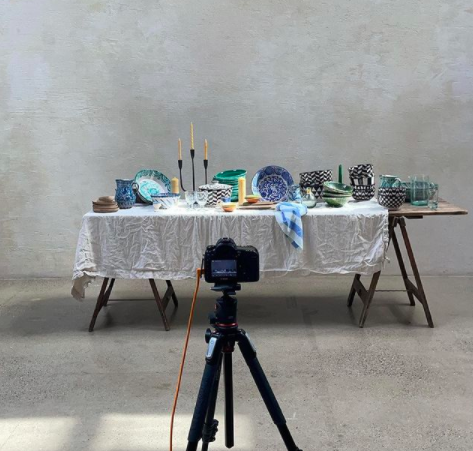 The Wild by Tart space includes a restaurant and photography studio (Credit: Instagram/wildbytart)

Worldwide inspiration for the restaurant industry

It's not just the all-encompassing space that makes Wild by Tart unusual. Both Carr-Ellis and Jones are inspired by a range of different influences that have a huge impact both on their cooking and wider business.

For example, citing their pop-up, Jones reveals how the look and feel of the project were hugely informed by time spent in and among the New York dining scene.

In this way, travel and international food play a significant part in how this particular modern British restaurant feels. As Carr-Ellis succinctly puts it, "We take so much inspiration from all the places that we've been and the people that we've met."

She also reveals that, in addition to New York, the pair are hugely influenced by Australian dining culture. She explains: "There are a lot of restaurants in Australia that we love the look and feel of – where there are no rules on having, for instance, a curry alongside a pizza.

"It's just that no-rules, fun, well-travelled food (that we love)."

In present circumstances, many British restaurants might be pondering what comes next. Following Wild by Tart's example of drawing disparate and diverse philosophies may well be the way forwards. 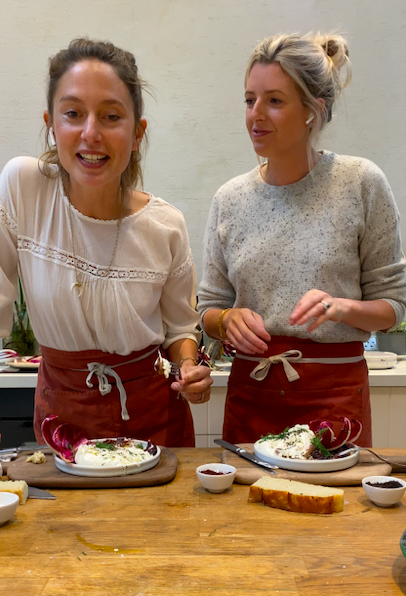 Balancing food from all over the world

The slightly maverick attitude is obvious from the menu as well as the restaurant space itself. Both Carr-Ellis and Jones are passionate about using seasonal produce to create delicious food, as well as not being constricted by a particular style.

As stated on the website, Carr-Ellis and Jones aim to cook food that "excites" them. In a no-rules restaurant, this is about as close to a mantra as Wild by Tart gets.

As Carr-Ellis reveals, the key is variety. She explains, "Wild by Tart is all small sharing plates. The way that we look at our menu is all to do with (the variety) of how dishes are cooked.

Despite their love of different influences, the pair are acutely aware of the dangers associated with throwing too much at a menu. It's a balancing act that requires close attention.

As Jones says: "For us, it's a bit of everything, but we hate the idea of it all being this big mishmash. The way we put a menu together is really complementary – all the flavours come together in a very harmonious way."

It's clear that diversity of experience is a key tentpole of the business, both from the food and the restaurant space itself. In an industry where concepts can quickly become pigeon-holed, what could be a weakness can also be a strength.

Of course, doing four different things from one address and cooking food from all over the world won't work for everyone. Nevertheless, the Wild by Tart project proves that, if you do have the vision to fuse several distinct ideas, anything is possible.