A bacon-scented patch has been developed "to help vegans and vegetarians with meat cravings".

The unusual device, not dissimilar to a nicotine patch, was invented by Charles Spence, a professor of experimental psychology at the University of Oxford. His area of expertise is sensory perception (how smell affects the mind), and he joined forces with the plant-based food company Strong Roots to create the patch.

The patches are activated when they are scratched and are said to produce a meaty smell not dissimilar to bacon.

This vegan took her neighbors to court over the smell of their BBQ:

According to Professor Spence, as per the Independent, the patch will allow its users to "imagine" eating meat without actually having to do so and by extension, satisfy their cravings.

The author of Gastrophysics: The New Science of Eating said: "Studies have shown that scent can reduce food cravings."

"Our sense of smell is strongly connected to our ability to taste therefore experiencing food-related cues such as smelling a bacon aroma, can lead us to imagine the act of eating that food. Imagine eating enough bacon and you might find yourself sated." 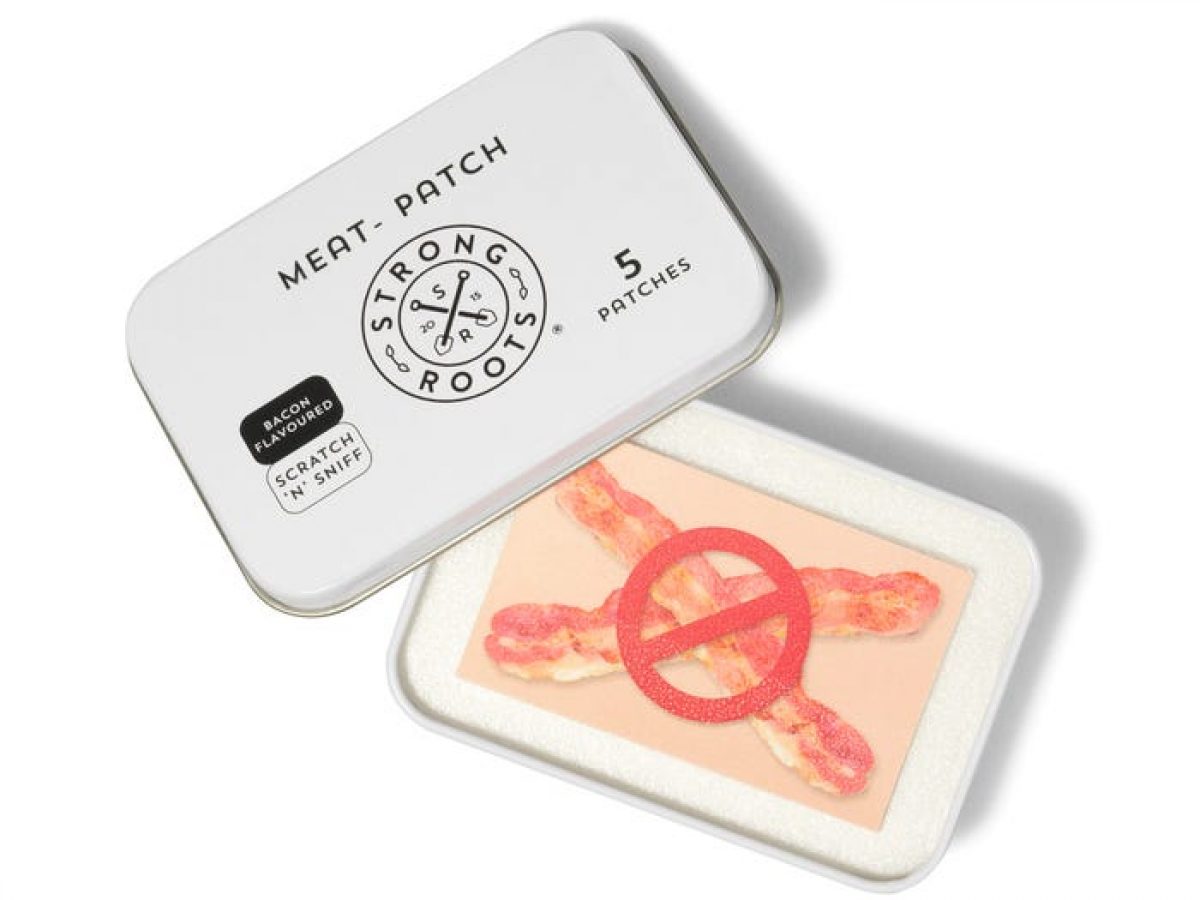 According to a press release that accompanied the patch promotion:

"More than two-thirds of those surveyed (69%) say they “love” meat, while nearly one-third of Britons
(28%) would describe themselves as a “meat-a-holic”. This rises to 37% in London."

"One-third (33%) say they cannot make it through the day without eating meat, while a further one in ten (11%) incredibly confess they eat meat in every meal, with London (18%) and Northern Ireland (19%) being the highest."

Trials of the patches are taking place this week in Reading, Leeds, and Liverpool, with their production company hoping that they will become widely available in the future.

One of the first people to try the patch is former Love Island contestant and boxer Tommy Fury. He said on his Instagram story: "I've been hearing a lot about Veganuary, and I really wanted to try it. One of my new year's resolutions was to cut back on meat."

However, if reactions on social media are anything to go by, the general reaction to the patch has been one of widespread cynicism.

"This surely can't be an actual thing," one person tweeted.​

"April Fool's Day has come early this year?” another remarked.

What do you think? Would you try the bacon patch out?