Christmas might be over, but that’s no reason to stop eating. With the world on fire, World War Three imminent and January reaching its miserable tendrils across the northern hemisphere, food is just about the only comfort we have left. Enjoy it while it lasts.

Despite the anxiety-inducing global situation, there are a few tasty ways to prevent the start of the year from being a total write-off. While chefs and restaurants are busy coming up with dozens of creative ways to keep people eating, for our money, you can’t beat an inadvisable amount of dessert. This is where Reese’s come in. 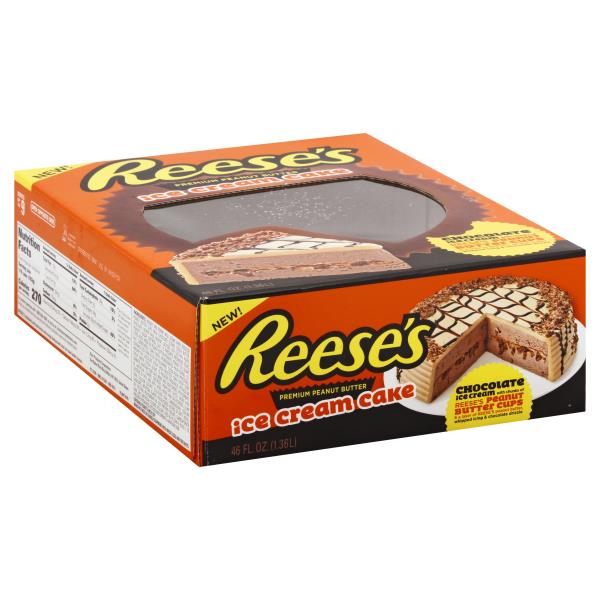 The iconic peanut butter snack brand, in an apparent attempt to flick two fingers up to anyone considering a new decade diet, has teamed up with Friendly’s, creating what promises to be the mother of all ice cream cakes. Now available at Walmart, the dessert is a double-deckered delight, sandwiching chopped up peanut butter cups between layers of sweet ice cream, serving up to 12 according to People. Never has a night in on the sofa sounded more tempting.

According to the official description on the Walmart website:

While news of one enormous Reese’s ice cream cake is obviously exciting, sweet-toothed peanut fans are in for an extra treat after the revelation that there’s actually more than one ice cream cake on the market.

Last May, Rich Products released their own version of the dessert, which seems to feature a lighter coating than the heavy chocolate featured in the Friendly’s alternative. According to a press release from 2019, Kimberly O’Brien, Rich Products’ shopper marketing manager, declared:

“We can’t think of a better way to kick off ice cream season than with this new cake innovation for Reese’s lovers. The new Reese’s Ice Cream Cake combines everything we love: chocolate, peanut butter and ice cream for a dessert worth indulging in!”

With both products now available at the time of writing, there’s never been a better time to dive into an ice cream cake.