For many chefs, condiments are the greatest affront to cookery ever invented. Spending hours slaving away over a hot stove, only to see an ungrateful customer slather your creation in ketchup would be enough to upset even the most tolerant of restaurateurs.

However, while mustard, mayonnaise and others are now accepted as dinner time staples, there are some condiments so radical that they would rightly raise eyebrows paired with any plate on the planet. Popular for all sorts of questionable reasons, here are the weirdest condiments from around the world.

Thanks to seemingly infinite global reach of condiment super-power Heinz, many people take it as read that the only ketchup worth tasting comes from tomatoes. In The Philippines, however, a very different technique has been adopted. For locals across the archipelago, the sauce of choice is spicy banana ketchup. Despite looking distinctly redder than most bananas, the taste is apparently very similar to the tomatoey archetype, only slightly sweeter.

One of the most common global condiment themes seems to be the desire to make use of rotten fish. Though this is a trope repeated all over the world, as we shall see, undoubtedly the most effective practitioners are the people of Thailand. Their famous fish sauce is a staple in almost every dish in Thai cooking, and despite being made from decaying anchovies, salt and water, the results are undeniably delicious.

As a general rule, things that are presented in what appear to be toothpaste tubes do not tend to make the best eating. Nevertheless, this has not stopped the Scandinavians from packaging fish roe and mayonnaise together and squeezing the resultant pink paste onto a variety of different dishes. While it may taste delicious, smorgaskaviar looks uncannily like something you might use to treat a cold sore.

An English attempt at recreating the refined pickles of Asia, piccalilli is a highly controversial condiment. Some swear by its distinctive, acidic flavour. Others say that it both looks, smells and tastes like cat vomit. Popular since the 17th century, this blend of mustard, turmeric and vegetables is typically “enjoyed” alongside an assortment of cold meats. It may divide the critics, but piccalilli is clearly here to stay.

Proof that experimentation with fish well past its sell-by date is not confined to Asia, Worcester sauce is another British favourite that often confuses foreign palates. An accidental discover made by chemists John Lea and William Perrins, the recipe of blended anchovies, salt and spices was deemed to be inedible, unless allowed to ferment for several months.

Made from specially selected sour Georgian plums, Tkemali is the national condiment of the small Eastern European nation, and is used in everything from stews to roast meat joints. Though it may look like a type of ketchup, this sauce lacks the sweetness of its American counterpart. With a smell often described as “pungently tart”, this is a condiment that may take some time to get used to. 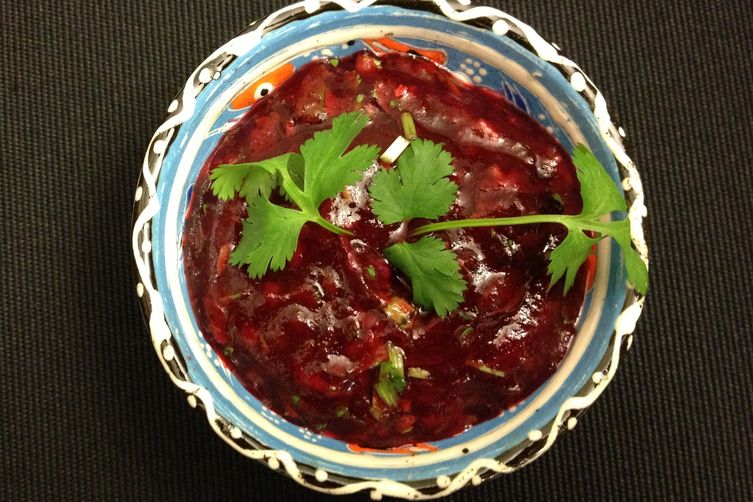 Probably the most potent of all fermented fishy accompaniments, Korean Jeotgal is a smorgasbord of deceased sea creatures. Featuring fish roe, guts and shellfish, liquid jeotgal is one of the most popular components in the production of kimchi. Also added to various soups and stews, jeotgal is a flavourful staple that delivers delicious results, as long as you don’t think too carefully about what’s in it.

Having something comforting on the side in which to dip your food at will is a must in every culinary culture. As this list makes clear, it’s possible to make something tasty out of almost anything. When it comes to condiments, the sky’s the limit.