Who is Cherish Finden and is the Bake Off: The Professionals judge married?

Bake Off: The Professionals star Cherish Finden might just be one of the most talented chefs on TV. The Singapore-born pastry specialist is the former team leader at the world-famous Langham hotel in London.

Couple that with her burgeoning media career, and it's no wonder that contestants find her slightly intimidating.

Ahead of the new series of Bake Off: The Professionals, here's everything you need to know about Cherish Finden. 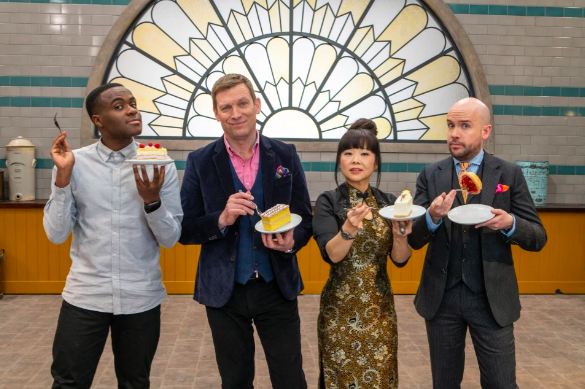 Cherish Finden is one of the judges on Bake Off: The Professionals (Credit: Channel 4)

Who is Cherish Finden?

Away from her role as Bake Off: The Professionals judge, Cherish Finden is one of the world's leading pastry chefs.

With over 20 years of experience in the industry, Fshe has cooked at some of the finest institutions in the world. The culinary icon spent the early part of her career learning her trade at top hotels in Singapore, including the six-star Raffles hotel.

READ MORE: Why did Sandi Toksvig leave Bake Off? Inside the presenter's shock decision to quit

Throughout her career, she has continued to push boundaries, winning prizes for her food at the IKA Culinary Olympics. She has even collaborated with the likes of Alain Ducasse and Raymond Blanc.

However, it was when Finden made the switch to The Langham hotel in London in 2009 that she really began to turn heads.

During her tenure, the hotel's pastry won numerous accolades, winning acclaim around the world. Although Finden has found success wherever she has worked, it is probably her time at The Langham that has won the most plaudits. 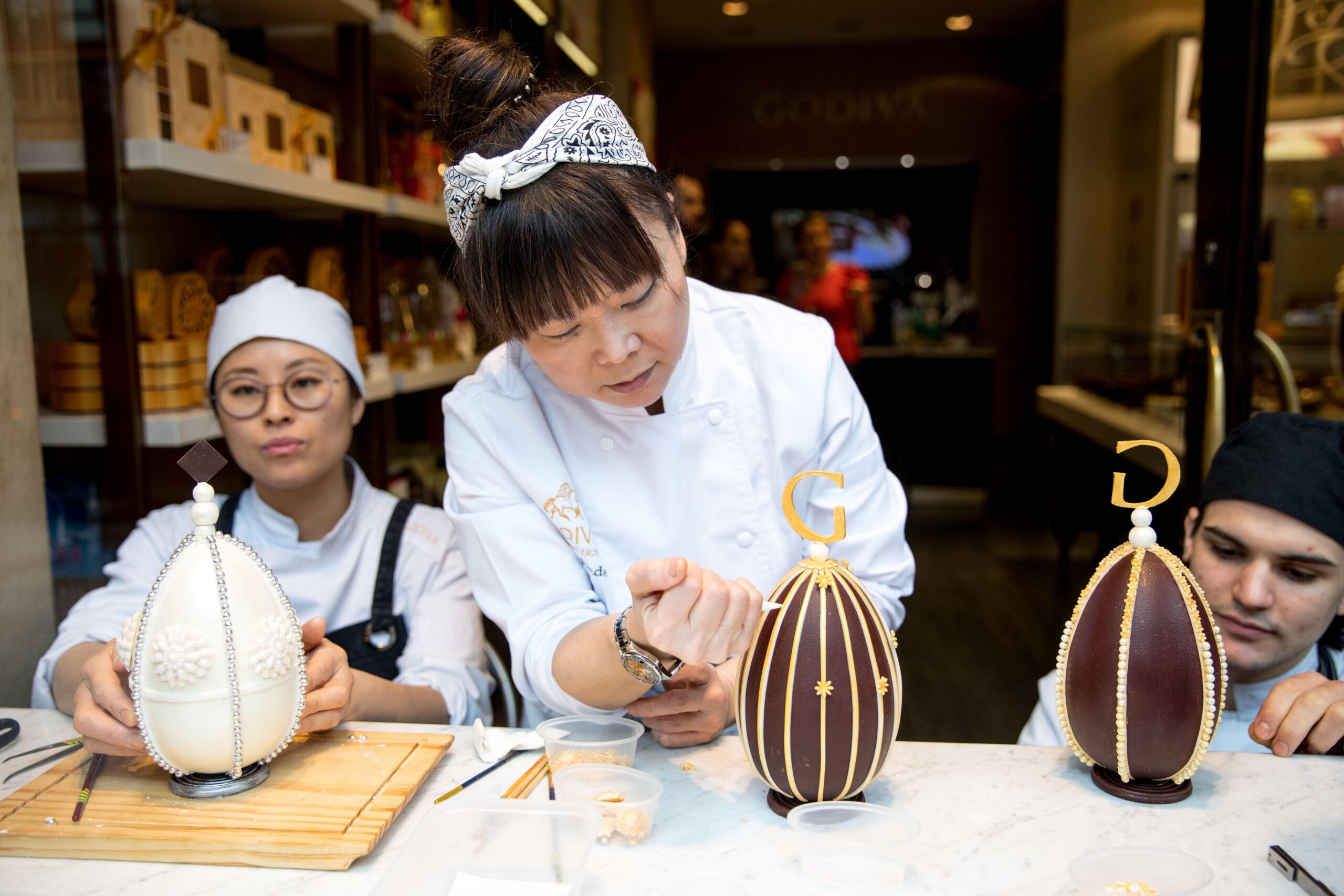 Where does Cherish Finden work now?

When she's not scalding traumatised pastry chefs on Bake Off: The Professionals, Finden still works as an executive pastry chef.

Although she left The Langham back in 2017, as of 2020, Finden is the new executive pastry chef at a new Pan Pacific London hotel.

However, as a result of her developing TV career, Finden is not as involved with the day to day running of the kitchen as she once was.

As executive chef, she remains responsible for the overall running of the kitchen. However, when it comes to creative vision and individual projects, her team play a much more active role.

For example, as Finden explained in an interview with Cacao Barry: "My team is inspiring me a lot. I often ask them what they want to create and then we do it. I like to make their dreams come true." 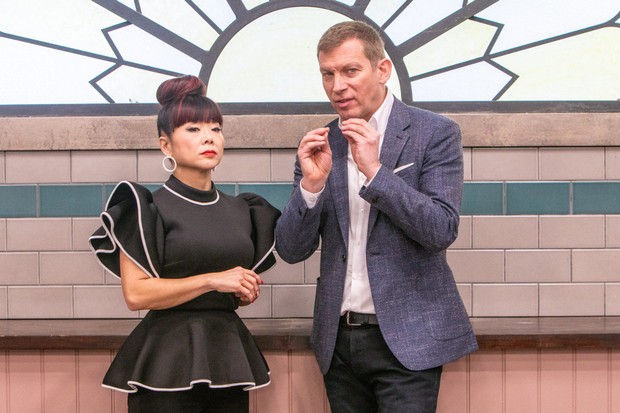 What does Cherish Finden do?

As an expert pastry chef, Finden is responsible for some of the most ambitious bakes ever seen in Britain.

For instance, she once created an astonishing edible Langham Express sculpture, featuring over 8,000 individual sweets.

The 2.5-metre-long centrepiece took over nine months to plan and construct and, once finished, formed the focal point of the hotel's Christmas celebrations. 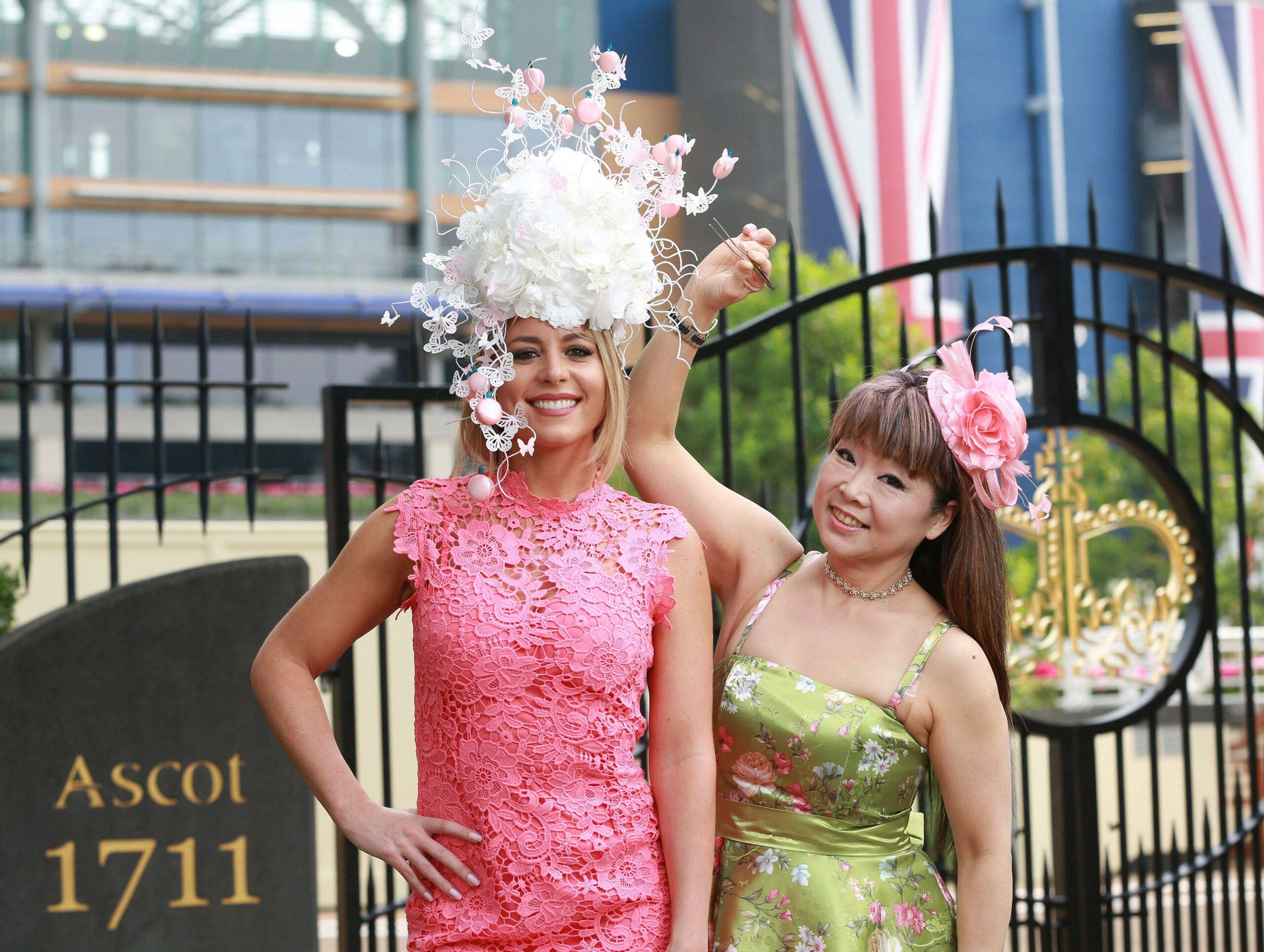 Finden has worked on a variety of unusual baking projects (Credit: Alamy/PA Images)

Cherish Finden is married to an English financial director and has been living in London since 2009. The couple continues to live in the UK and own a house in the Kent countryside.

READ MORE: Where did Liam Charles come in Bake Off and is he married?

In an interview with the South China Morning Post, Finden revealed: "I adore the tranquillity and outdoor activities (in Kent) – Sunday picnics, horse riding, hiking, strawberry picking. I’m surrounded by local farmers and have access to local produce, reducing my carbon footprint." 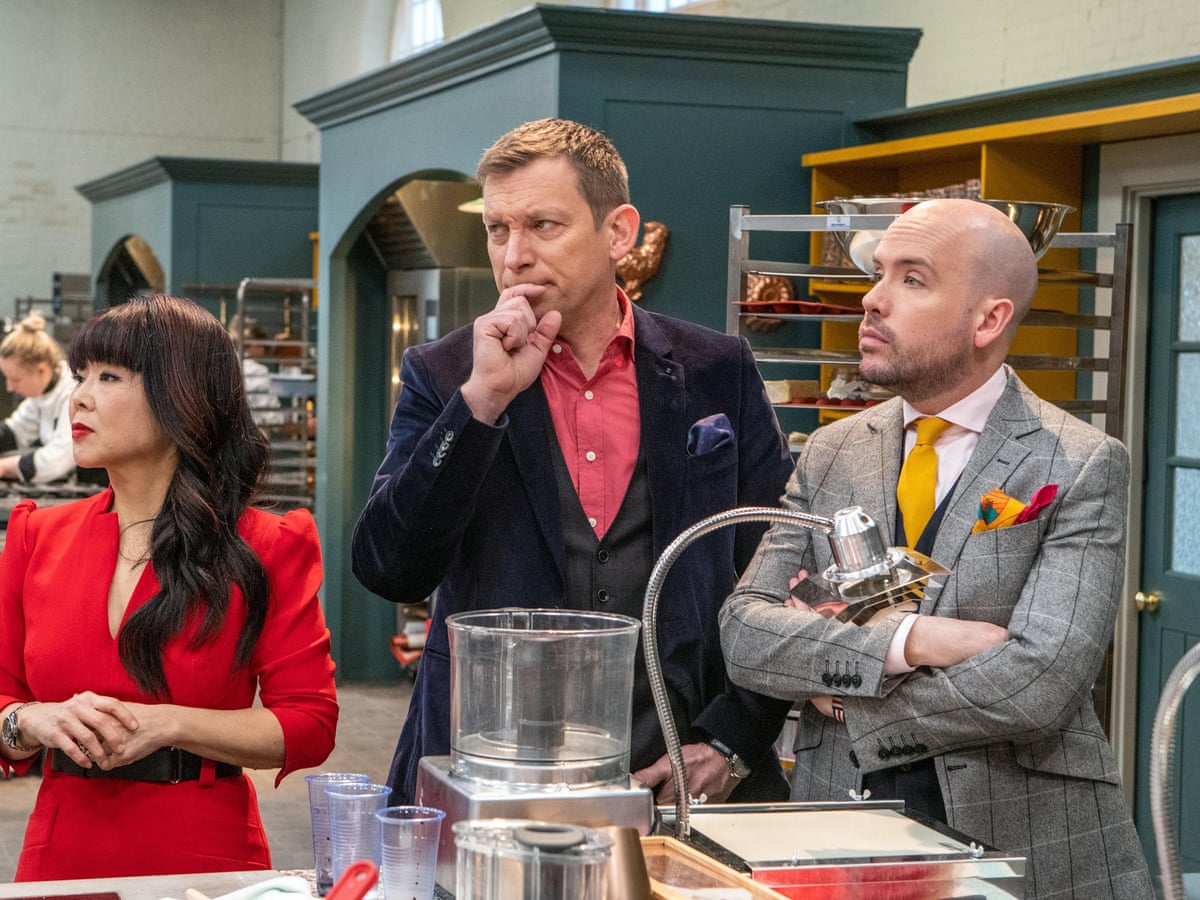 The new series of Bake Off: The Professionals starts on the 25th of May (Credit: Channel 4)

Does Cherish Finden have kids?

However, Finden remains incredibly coy about many details of her personal life. In fact, in a 2015 interview with the Straits Times of Singapore, Finden refused to disclose her age.

Instead, the pastry master admitted only that she is "young and lovely forever". 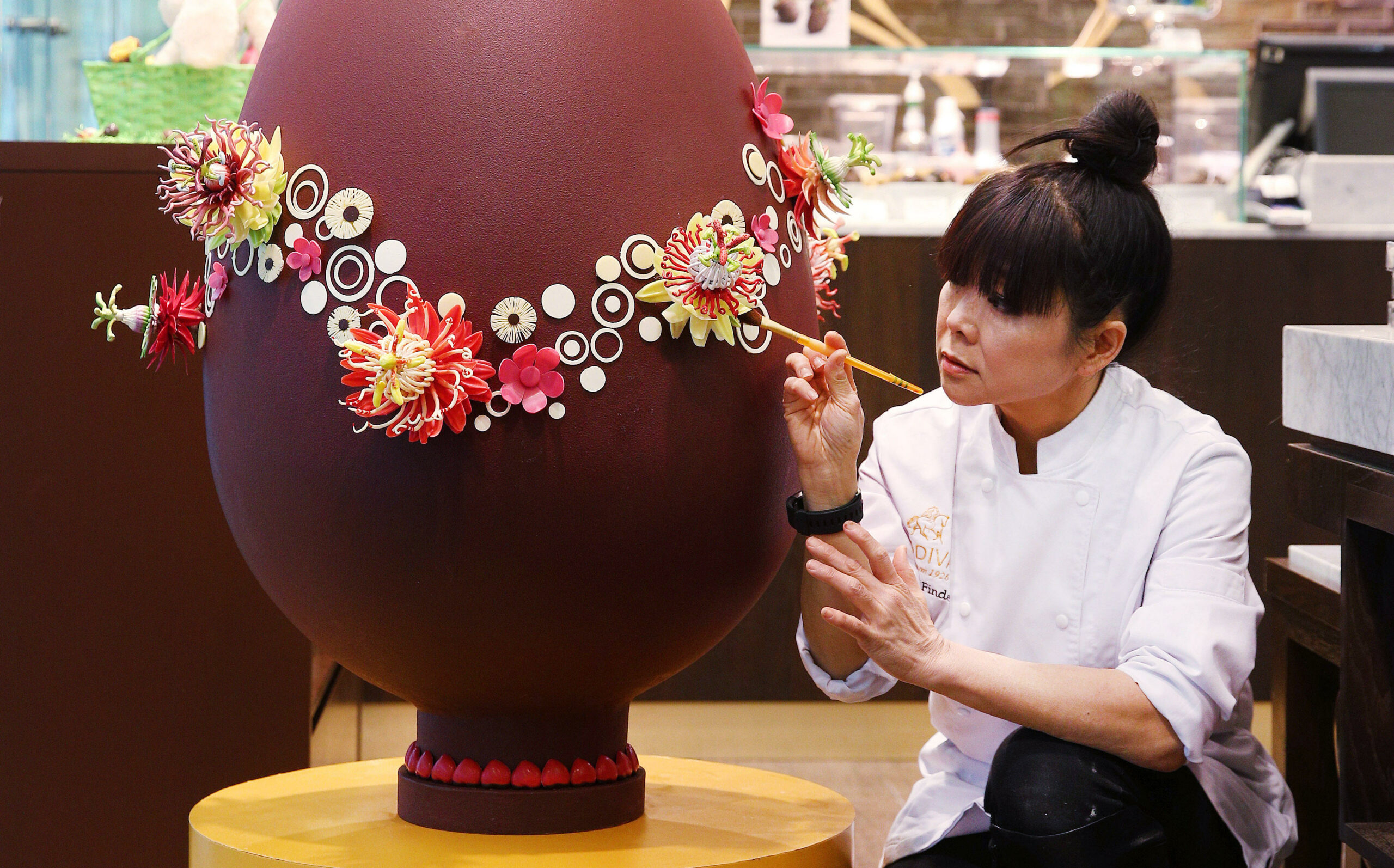 How much is Cherish Finden worth?

As a successful chef and TV personality, it's no surprise that Finden is reasonably wealthy.

In fact, according to the celebrity wealth aggregator Net Worth Post, Finden's personal fortune sits at around $600,000.

However, Finden is also unafraid to splash the cash when it comes to her cooking. For instance, she has collaborated several times with luxury chocolatiers Godiva to create a range of Easter eggs worth several thousand pounds. 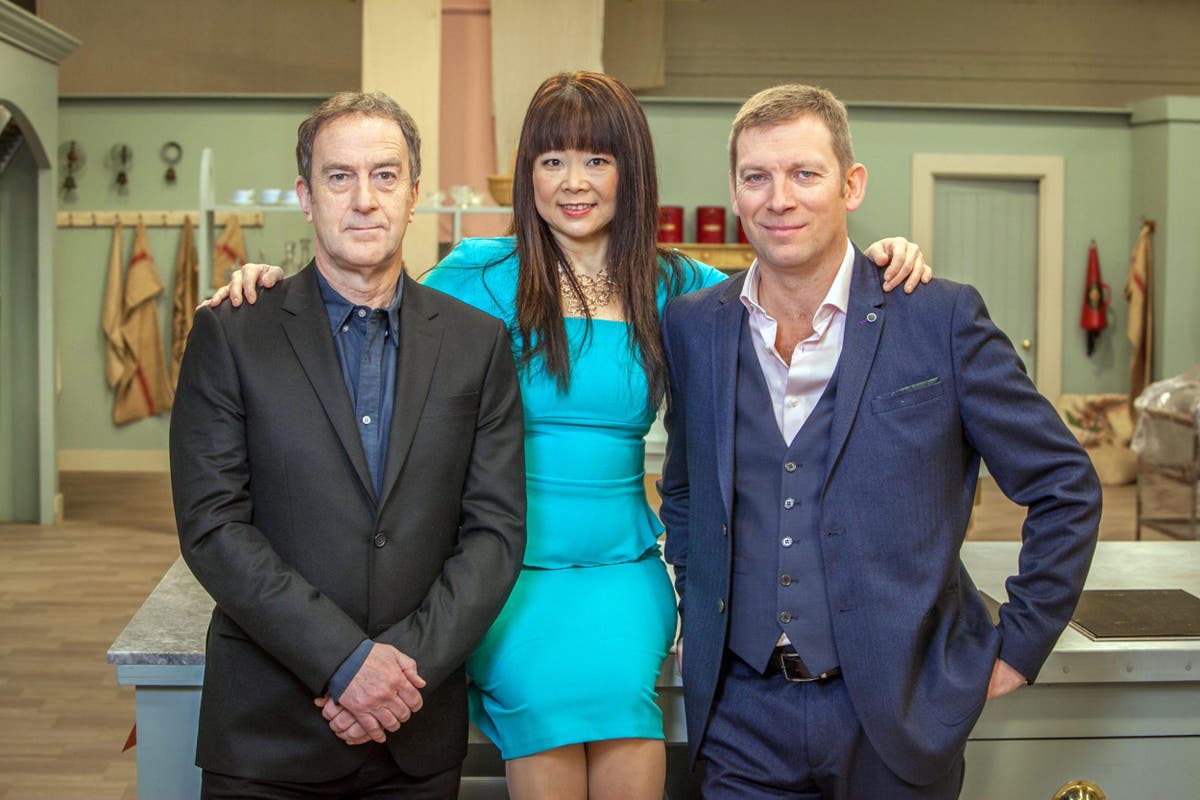 Finden has been part of Bake Off since it was on the BBC (Credit: BBC)

What shows is Cherish Finden on?

Despite her reputation as a stellar pastry chef, most people recognise Finden from her roles on TV.

In addition to Bake Off: The Professionals, Finden has appeared on Heston's Great British Food, MasterChef: Australia and Junior Bake Off.

She also designed a Windsor Castle cake for the Queen's 90th birthday and has even cooked for celebs such as Lady Gaga.

All in all, Cherish Finden has certainly had a varied career to date.