Buried deep within the Arctic ice lies a top-secret treasure trove known as the Doomsday Vault.

Situated 800 miles away from the North Pole and inaccessible by road, it's far more valuable than jewels or gold.

But what is the Doomsday Vault and why is it so important?

Read More: The most incredible restaurant locations around the world

What is the Doomsday Vault?

Funded by the Norwegian government and the Crop Trust, the vault is the brainchild of Norwegian conservation group NordGen.

Launched in 2008, the facility guards against global political or environmental disaster.

Designed to help agriculture recover in the event of armageddon, the Svalbard Global Seed Vault is humanity’s backup plan.

Today, it encompasses seed samples from all over the world. 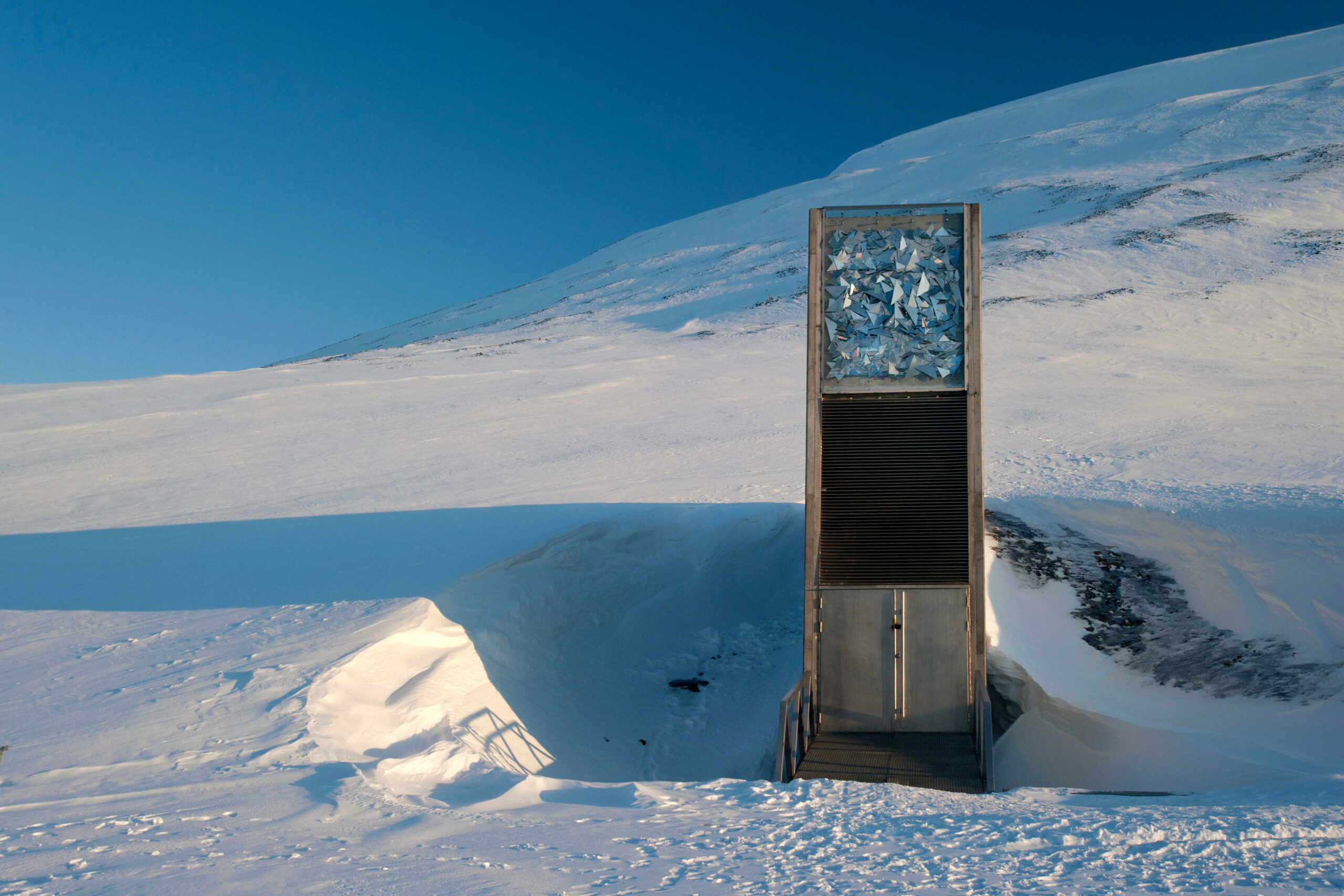 How many seeds are in the Doomsday Vault?

They are all tightly sealed, packaged and ready to be released should they ever be needed.

Most recently, a deposit of 70,000 new seeds tipped the total number of species over the one million mark.

This includes unique varieties of rice from Asia, black eyed peas and bambara groundnuts from Africa, as well as brewing barley from Ireland. 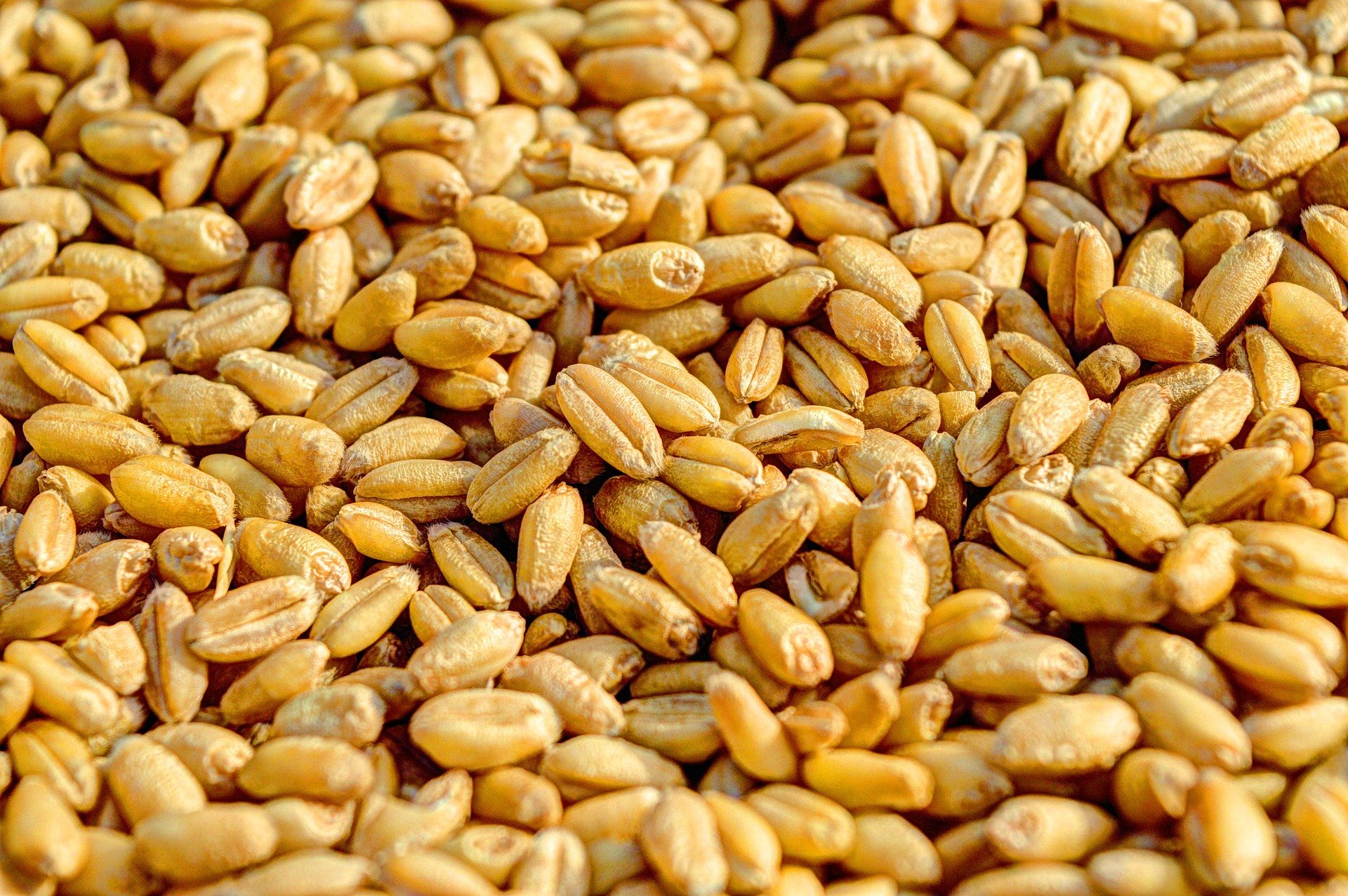 How many Doomsday Vaults are there?

The vault is not the only project of its kind.

For decades, genebanks all over the world have been working to safeguard humanity’s future by providing a refuge for essential crops and plantlife.

Now, there are over 1,700 individual Doomsday Vault facilities across the world.

However, as geopolitical and environmental threats become ever more pronounced, many have fallen into jeopardy. 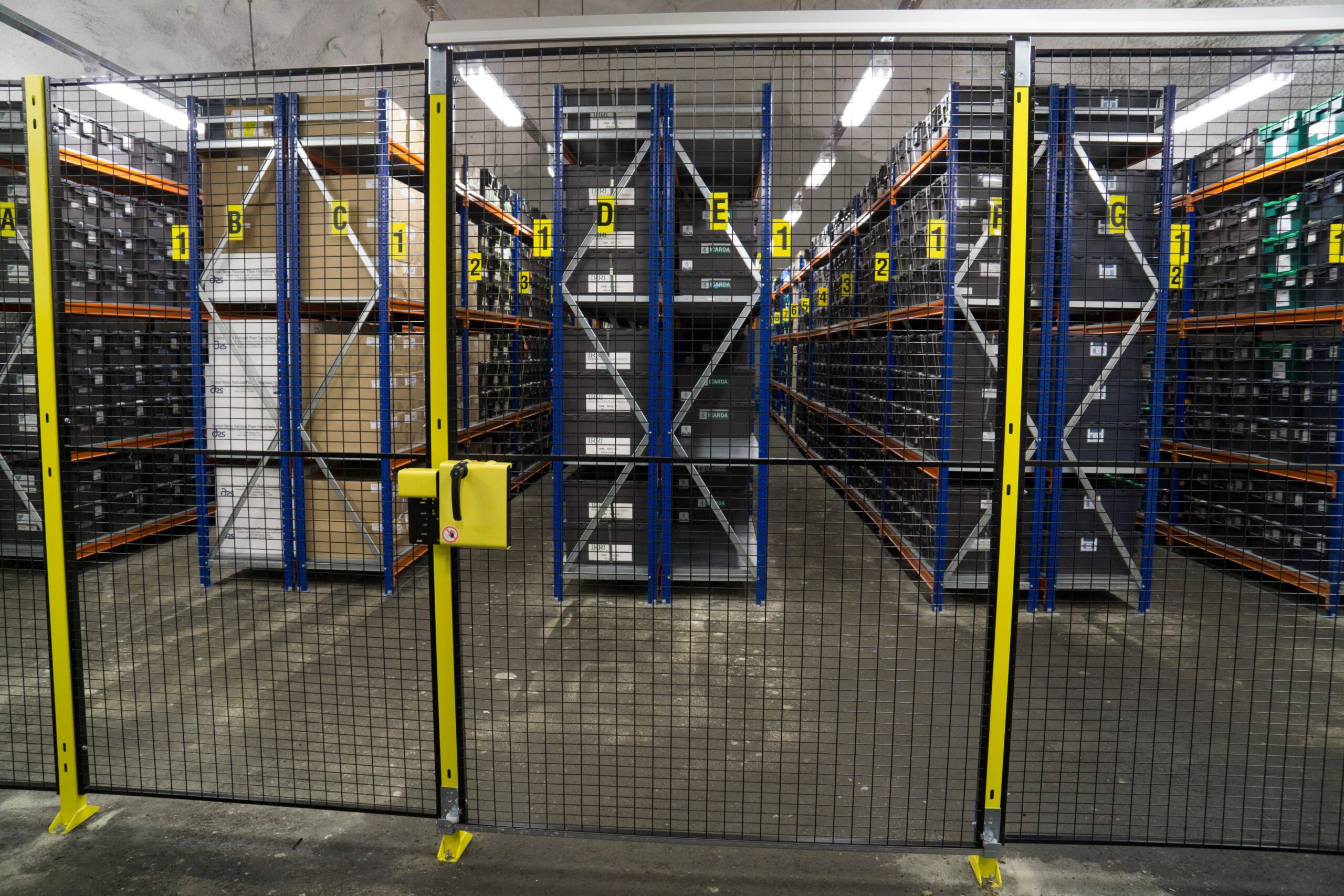 The interior of the Svalbard Seed Vault (Credit: Alamy/

What threats does the Doomsday Vault face?

The various threats facing the other seed repositories were a major factor in the foundation of Svalbard facility.

After its launch, it soon became clear that a state-of-the-art, centralised solution was needed.

Svalbard, therefore, functions predominantly as a backup. It features duplicate samples from the rest of the genebanks’ extensive collections.

With potential capacity for nearly 2.5 billion total seeds, Svalbard acts to help life continue in the event of a global disaster. 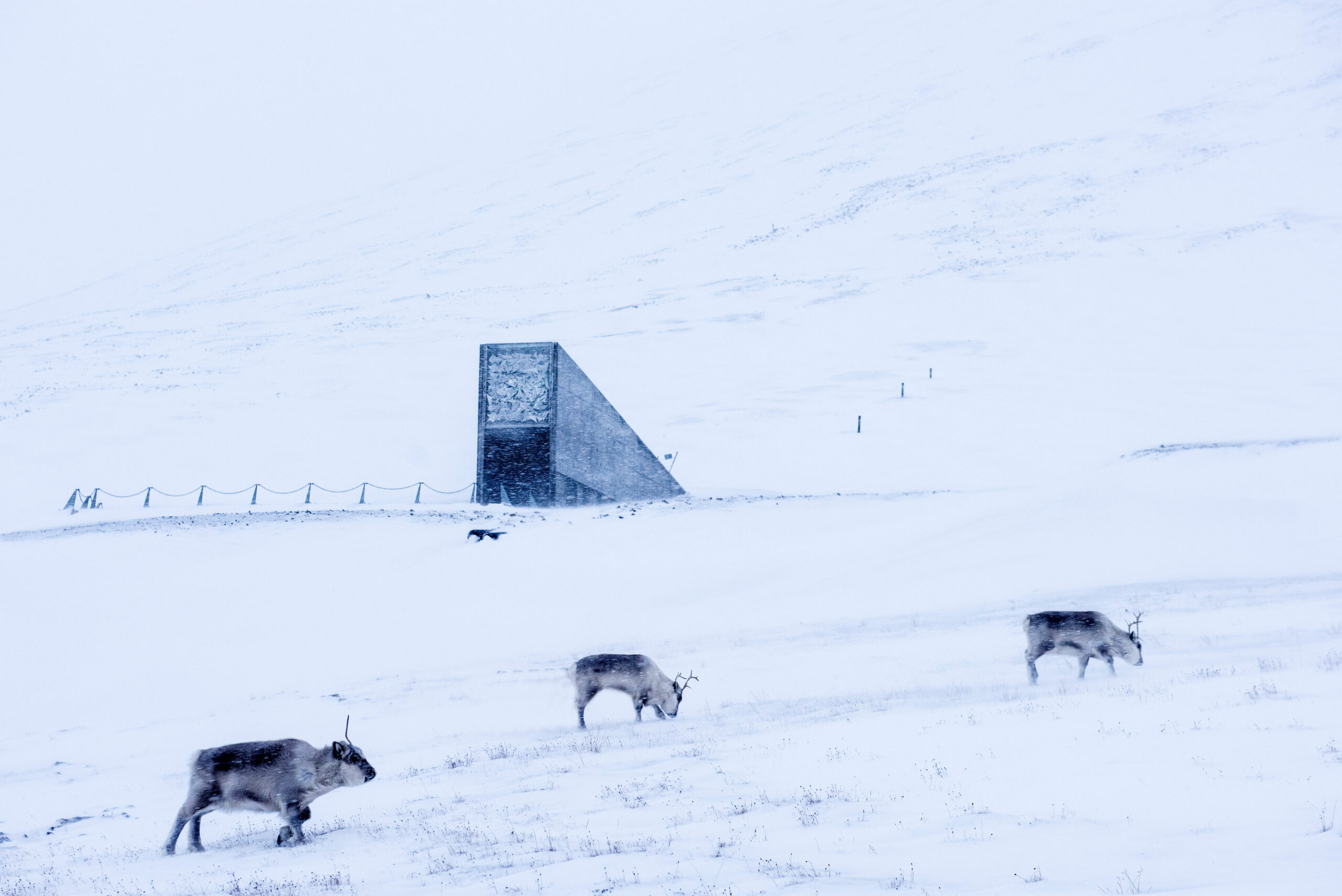 The Seed Vault is submerged in snow during winter (Credit: Alamy/Renato Granieri)

What is the Doomsday Vault's location?

The key to the success of the project is its location.

Covered in a thick layer of permafrost and surrounded by conditions, Svalbard is an ideal home for the Doomsday Vault.

There is very little geological or tectonic activity, and humidity remains low all year round.

Experts purposefully built the facility into the side of a mountain, 427 feet above sea level. This helps protect the seeds from the threat of flooding. 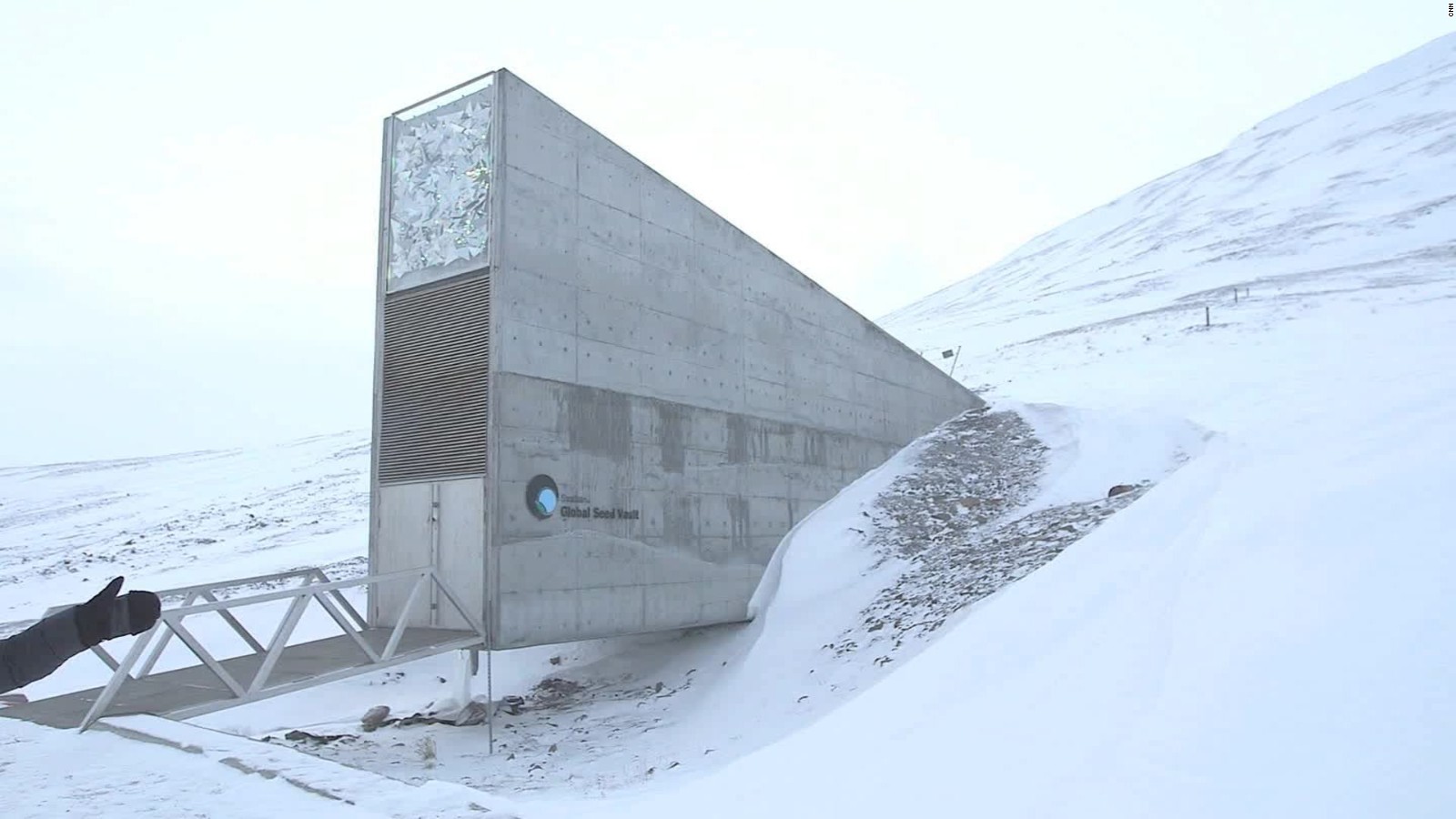 How does the Doomsday Vault work?

The facility itself is a masterpiece of engineering.

When it was first launched in 2008, Time Magazine recognised the project as one of the 10 best inventions of the year.

Vacuum packed seed pockets are kept at a constant temperature of -18 degrees celsius. This enables the seeds to remain viable for centuries.

In the event of a system failure, the facility has been designed to ensure that any temperature change is extremely gradual.

Even after a total loss of power, the facility’s internal temperature would take three weeks to rise to -3. It's estimated that the vault would take two centuries to get above zero. 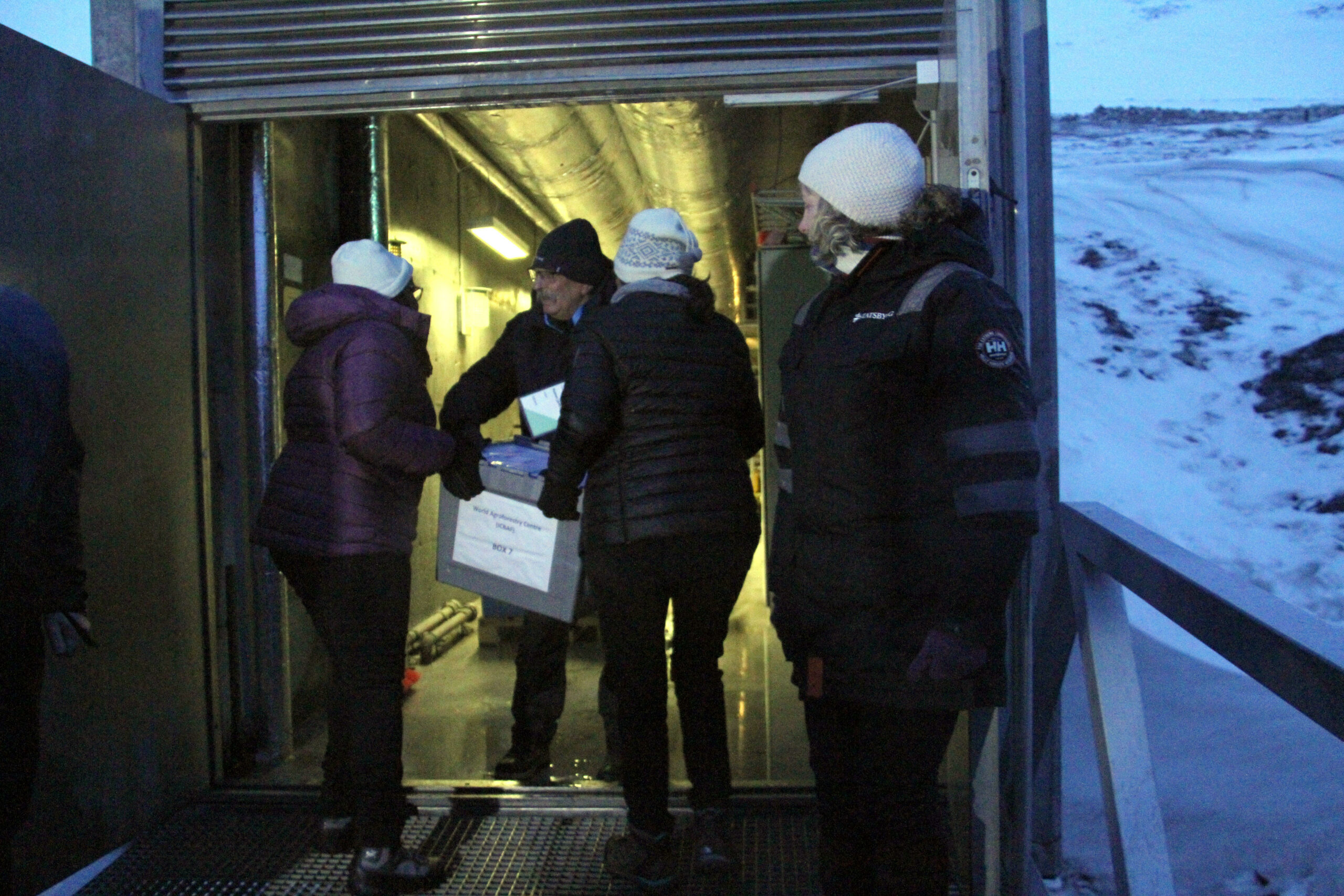 What happened to the Doomsday Vault in May 2017?

In May 2017, disaster struck thanks to unusually high Arctic temperatures.

To the horror of everyone concerned, meltwater made its way into one of the upper chambers of the facility. This partially flooded the facility.

However, responding to the incident, experts called for a dramatic redesign of the three main storage vaults.

They are now entirely waterproof and safe from the potential impact of global warming. 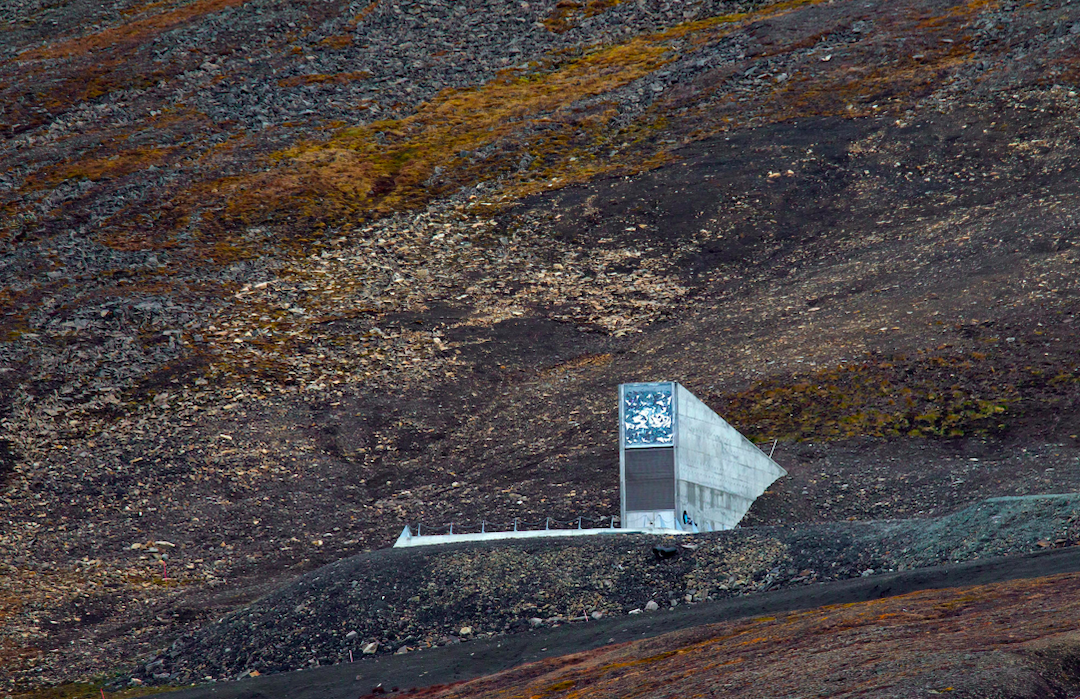 The vault sits on a mountainside (Credit: Alamy/Arterra Picture Library)

What is the purpose of the Doomsday Vault?

The Doomsday Vault was built to safeguard future generations by providing a refuge for essential crops and plantlife.

Over the years, it has also played a central role in a number of humanitarian relief efforts.

In 2015 and 2017, experts shipped 90,000 lentil, wheat and chickpea seeds to Syria. This formed part of an emergency extraction to help starving populations rebuild their lives through agriculture. Experts have since replaced many of the seeds taken at the time.

This highlights how crucial this resource could be in the event of a more global catastrophe.

The success of the Svalbard facility proves what is possible if scientists and nations work together for a common purpose.

As Marie Haga puts it: "The Svalbard Global Seed Vault is an iconic reminder of the remarkable conservation effort that is taking place every day."

If nothing else, the vault is proof that when we work together, humanity can achieve amazing things.