Can you get the McDonald's BTS meal in the UK? Here's everything you need to know

McDonald's BTS meal is in huge demand in the UK.

Bringing together both an internationally renowned pop-culture sensation and the Golden Arches on the same plate is obviously hugely exciting for many fans.

However, following the launch of the promotion in countries across the world, can you get the McDonald's BTS meal in the UK? Here's everything you need to know... 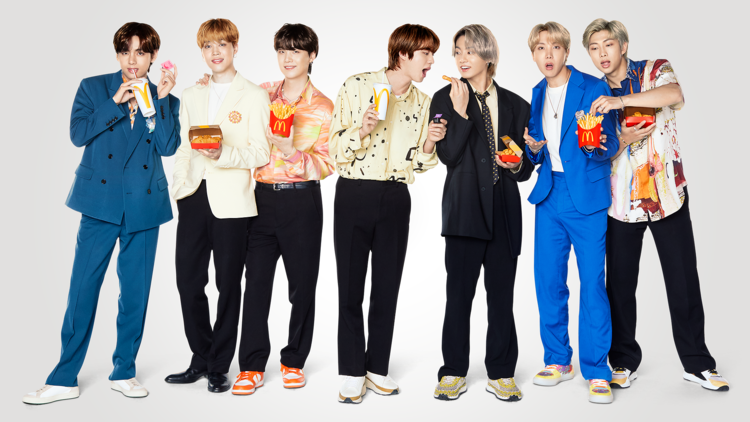 The McDonald's BTS collaboration is one of the biggest fast food releases of the year (Credit: McDonald's)

What is the McDonald's BTS meal?

The meal itself includes a portion of nine chicken nuggets, fries and diet coke, all supplemented by a sprinkling of the zingy new condiments. It also comes in special purple, BTS-themed packaging.

According to a statement provided by McDonald's, the meal is designed to bring fans closer to the band than ever before. As Morgan Flatley, Chief Marketing Officer of McDonald’s USA, put it: "BTS truly lights up the world stage, uniting people across the globe through their music.

“We’re excited to bring customers even closer to their beloved band in a way only McDonald’s can – through our delicious food – when we introduce the BTS signature order on our menu...”

READ MORE: Is McDonald's doing Monopoly in 2021? The Golden Arches has confirmed its return

In a video promoting the collaboration, the band themselves said: "There was a McDonald's about 10 minutes away from the dorm where we used to live before we debuted.

"It's open 24 hours, so we would go there when we were hungry, and we'd ask each other, 'How was your day?' and have a good time."

While the collaboration might lack the flash and all-encompassing approach of other McDonald's partnerships, the meal is definitely causing a stir among the BTS fanbase. 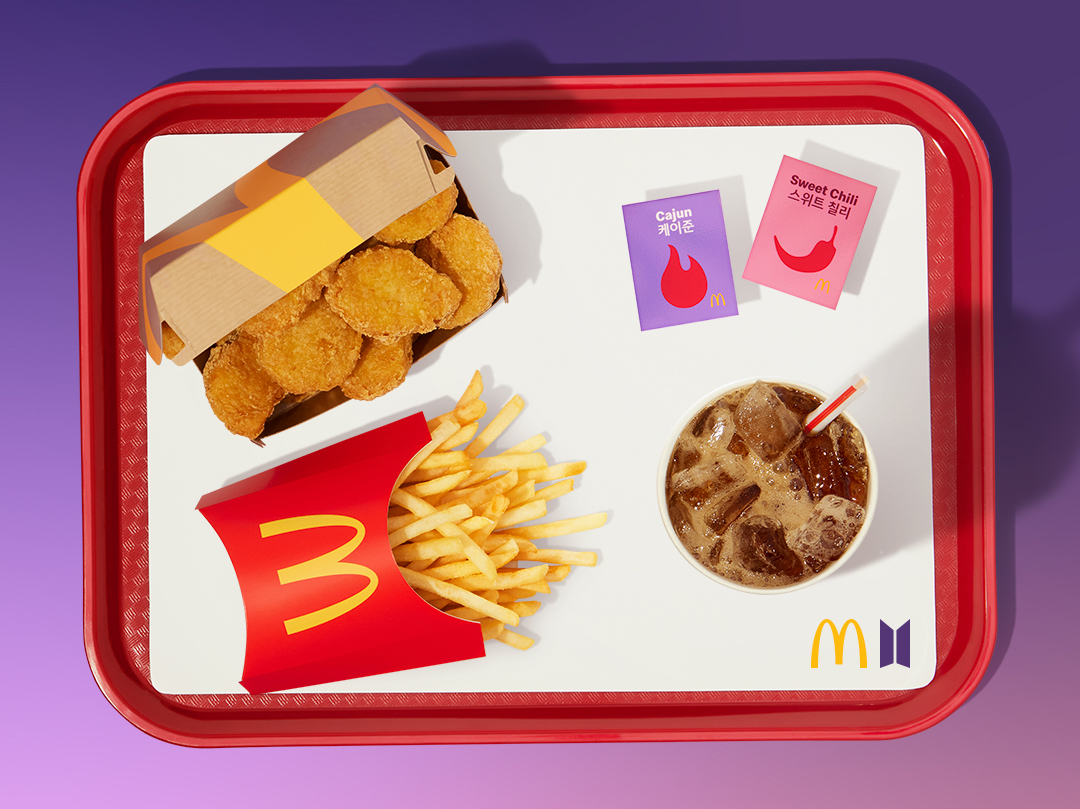 Why can't you get the McDonald's BTS meal in the UK?

Sadly, you can't get the McDonald's BTS meal in the UK – despite the fact that the fast food collaboration is a global campaign.

In fact, the UK isn't even included in the original Twitter post announcing the full list of countries receiving the BTS meal. Needless to say, many fans are unhappy about the situation.

Some British BTS buffs have gone so far as to launch an online petition, demanding the meal be brought to Blighty. The campaign, launched by Grace O'Brien on Change, reads: "McDonalds announced the new BTS meal which is available in 50 countries, but the UK is not one of those countries.

"There are lots and lots of ARMY in UK that would like this meal to be put on our McDonalds menu."

Several commenters have expressed their support. As one enthusiast put it, "It's disgusting we're not getting it here yet again. Treated like second class citizens."

Another added: "Having this in the UK will help army and be able to eat the same type of sauces made in Korea and BTS has helped the uk and other countries to learn to self love ourselves." 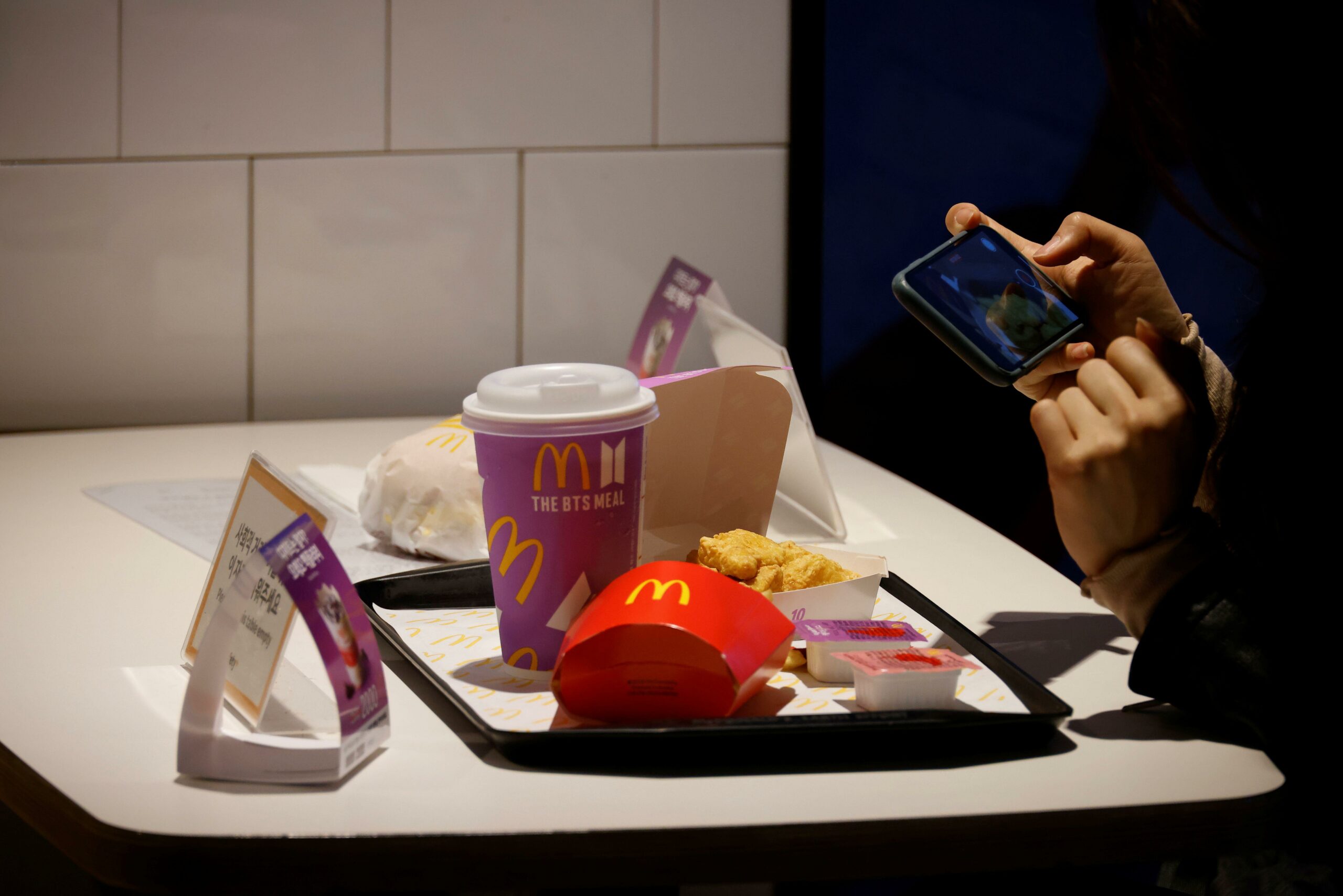 Fans are disappointed that the BTS meal is unavailable in the UK (Credit: Alamy/REUTERS)

Where is the McDonald's BTS meal available?

The McDonald's BTS meal is available in 50 countries – this  includes the United States, Canada and India.

Other nations lucky enough to get a taste are Indonesia and Brazil. The exclusive club also includes Malta, Bahrain and the tiny island of Sint Maarten.

No doubt that other countries will be keeping a close eye on developments.

Sadly, UK Maccies customers will have to wait to get a taste. However, there are plenty of other places where you can enjoy a McDonald's BTS meal. 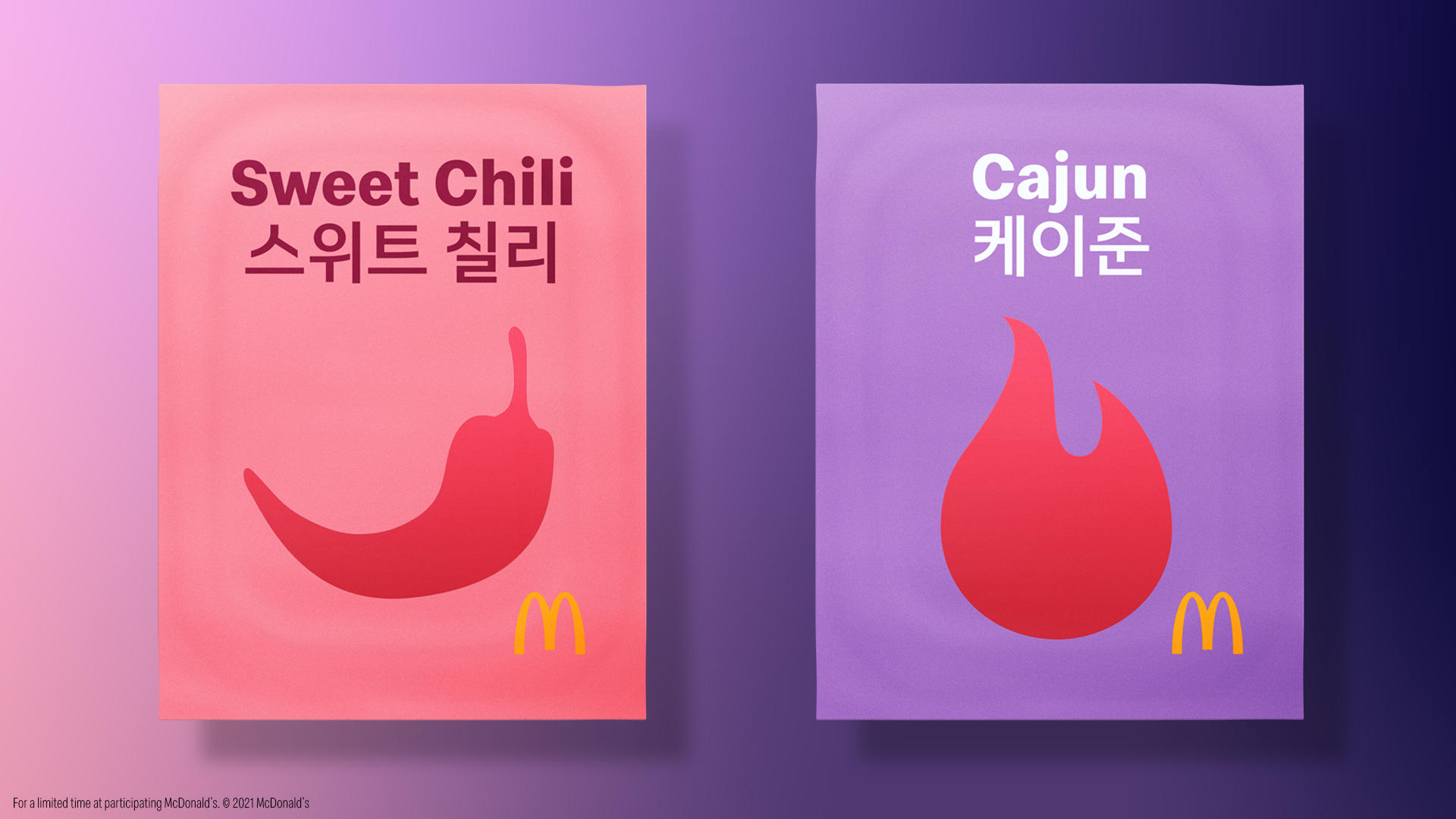 The two new BTS are causing a stir (Credit: McDonald's)

What are the McDonald's BTS sauces?

Although the nuggets, fries, drink and packaging are all exciting, the obvious stars of the McDonald's BTS meal are the sauces.

The meal features two new flavours never before seen on the McDonald's menu – Cajun and Sweet Chili. Both take inspiration the band's home in South Korea and really help to make the meal unique.

According to the experts, both sauces seriously deliver on the flavour front. For instance, a review of the meal in the Chicago Tribune declared: "The pink-packaged, dark-red chile sauce tastes a bit like a solid sweet-and-sour, while the purple-packaged, pale-orange Cajun sauce nods at hot mustard and gochujang, the fermented Korean chile paste.

"Both actually hold a hint of heat. They may remind you of sauces once made at Chinese American chop suey restaurants, where you might find Chicago-style peanut butter egg rolls."

At the risk of making would-be UK customers even more jealous, it seems the BTS meal is worth the hype. 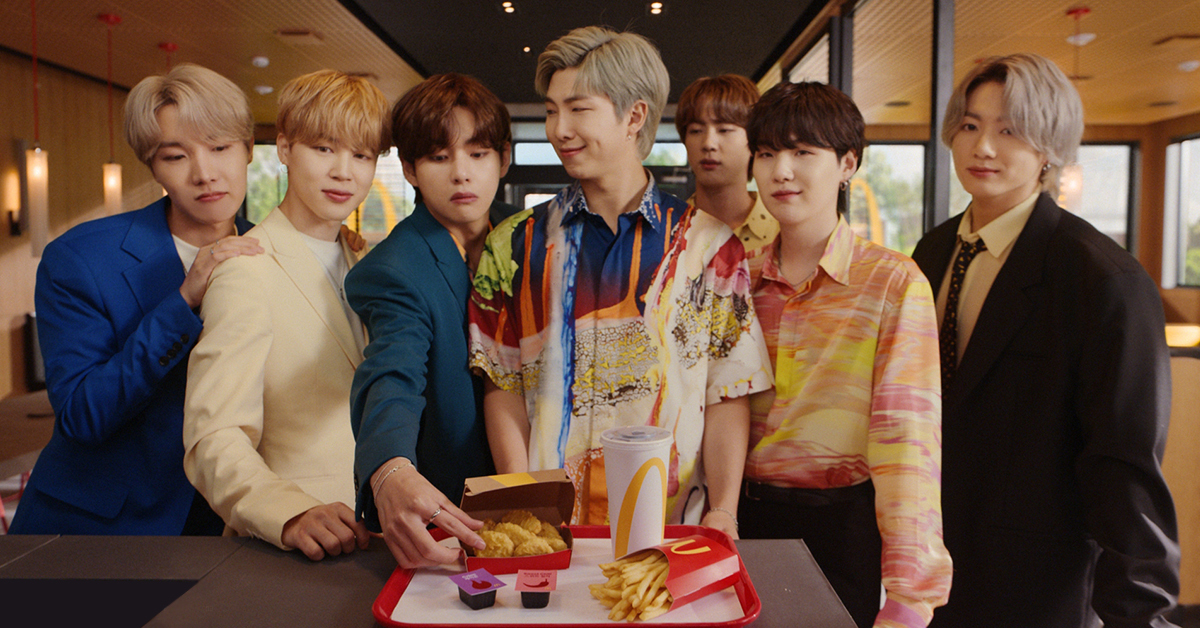 The McDonald's BTS collaboration is a limited time only offer (Credit: McDonald's)

How long will the McDonald's BTS meal be available?

Despite the positive reviews, the meal will only be around for a limited time only.

The promotion is expected to be available for around a month, finishing on June 20th. However, this date may change for some countries.

For instance, some McDonald's delayed the rollout due to coronavirus concerns. In these cases, the restaurant may well extend the promotion.

Nevertheless, the clock is certainly ticking for disgruntled Brits.