Everyone's entitled to their own weird takeaway fetishes. Whatever your preferences, ordering delivery is a deeply personal business between you and whoever's tasked with satisfying your comfort food craving.

That said, there comes a time when even the biggest takeaway supporter has to say enough is enough. There is a fine line between gloriously indulgent and just plain horrible.

Unfortunately for some people, one Twitter account is dedicated to finding out exactly where that line is. The results are predictably shocking. 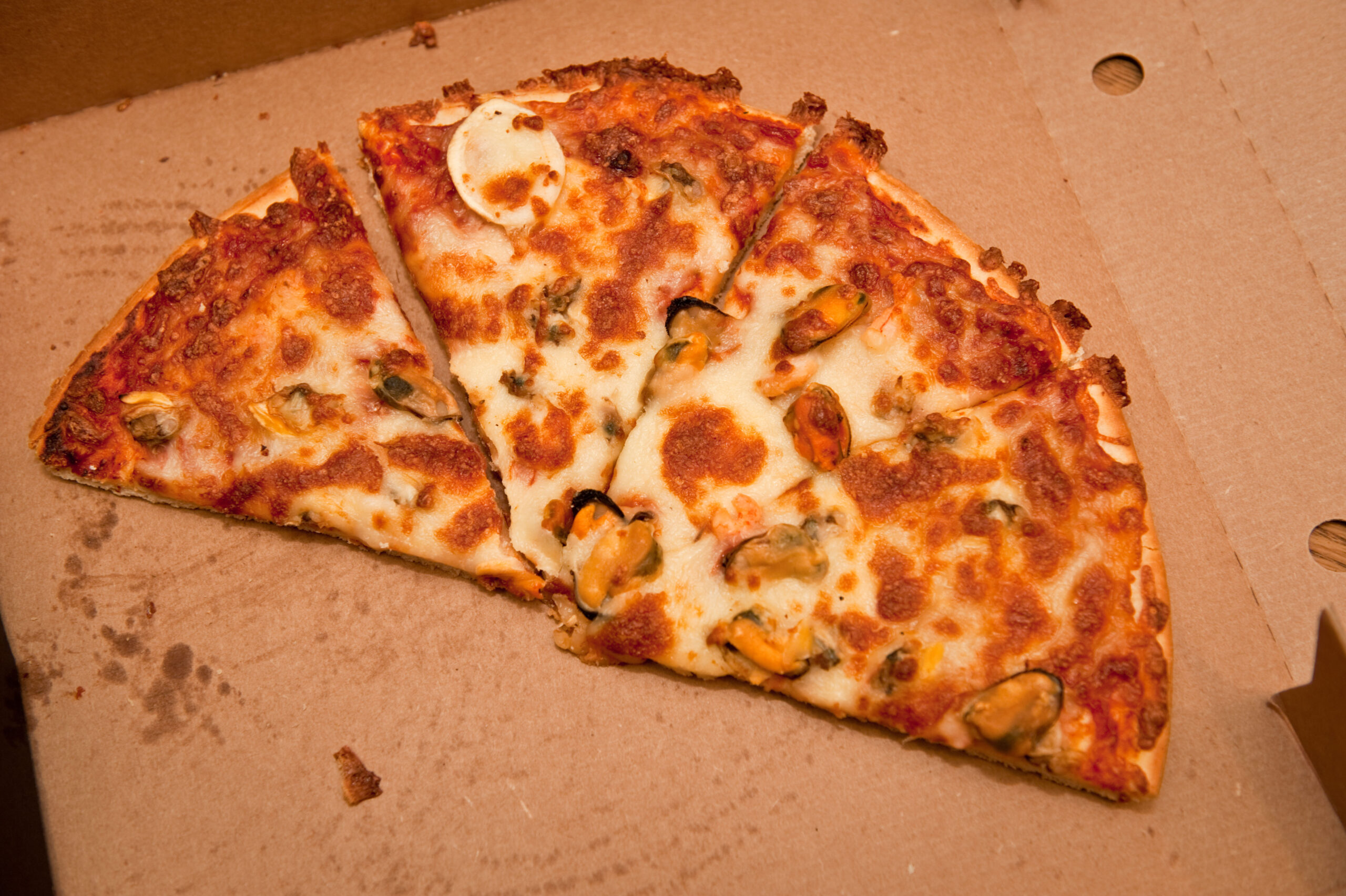 Rate My Takeaway reveals some of the weirdest takeaways around (Credit: Alamy/keith morris)

Since April 2020, the account has been bringing the British public's most bizarre and outrageous takeaway creations to the limelight.

While some of the dishes seem genuinely tasty, others give you a coronary just by looking at them. All of them, however, are seriously strange.

Here are our picks for the seven weirdest takeaways ever shared on the account.

1. Cheesy Chips With A Twist 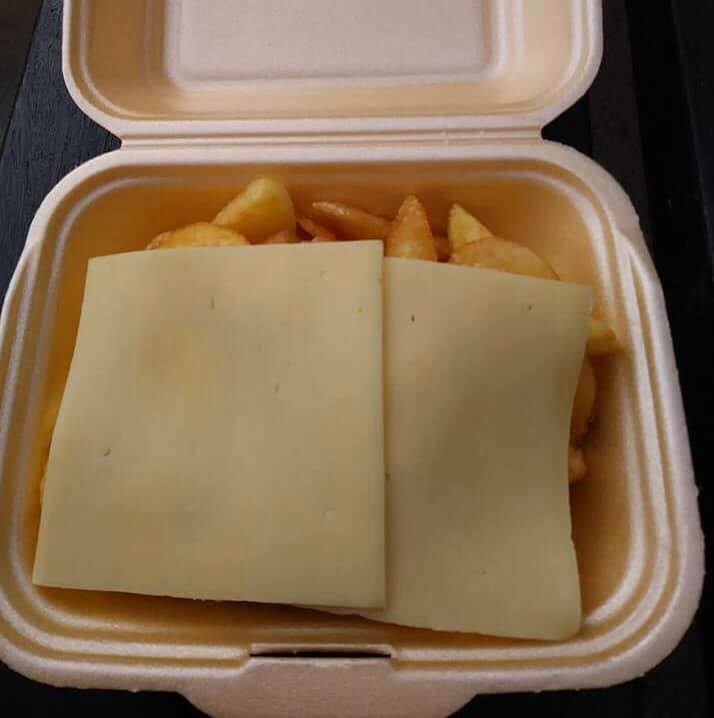 These cheesy chips might be the saddest food on the internet (Credit: Twitter/RateMyTakeaway)

We start our list with something that is as tragic as it is weird. Every Brit knows that a box of crispy, fluffy chips, covered in gooey, oozing cheese is a glorious end to any night out.

However, at the other end of the spectrum is a cold portion of potatoes, topped with two unmelted slices of store-bought cheddar. Why anyone would opt for this over something hot is a mystery. 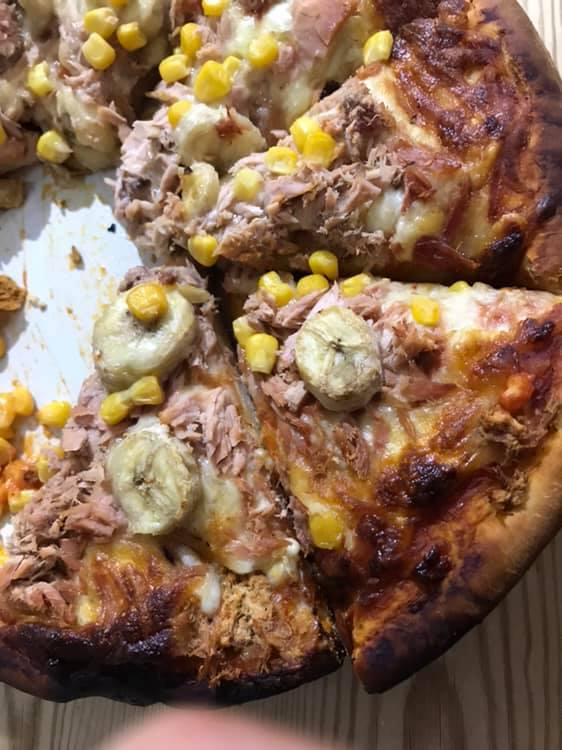 It might sound more like a food mad-lib than something you'd actually order, but this bizarre dish really is legit. However, just because it exists definitely doesn't mean you should be ordering.

Featuring the alarming dual combo of fish and fruit, this takeaway is certainly groundbreaking. Whether or not that's a good thing depends entirely on whether you like the mixture of tuna and banana. We're unconvinced. 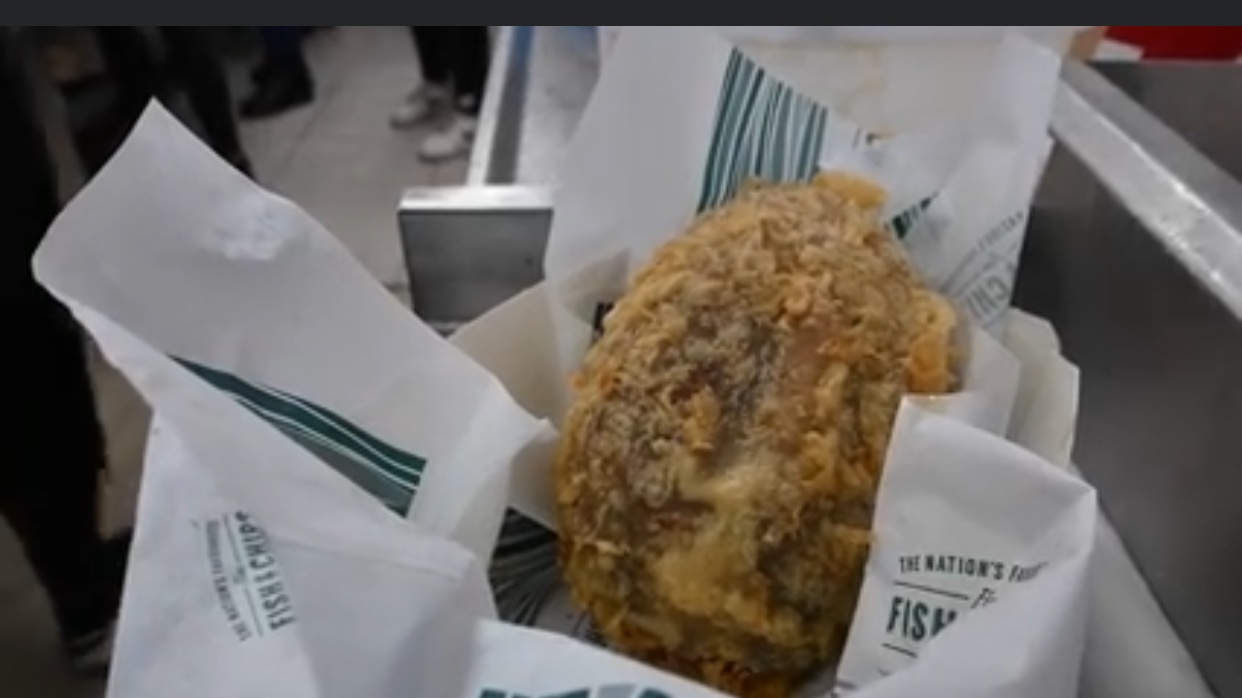 A deep-fried Easter egg might be a step too far, even for certified chocolate lovers (Credit: Twitter/RateMyTakeaway)

If you want to make chocolate more indulgent, there are only so many directions you can go. Thankfully, Rate My Takeaway has given us a pretty spectacular blueprint.

This battered and deep-fried Easter egg might ultimately not be as delicious as the original. However, this is decidedly not the point – this dish is clearly all about the statement. 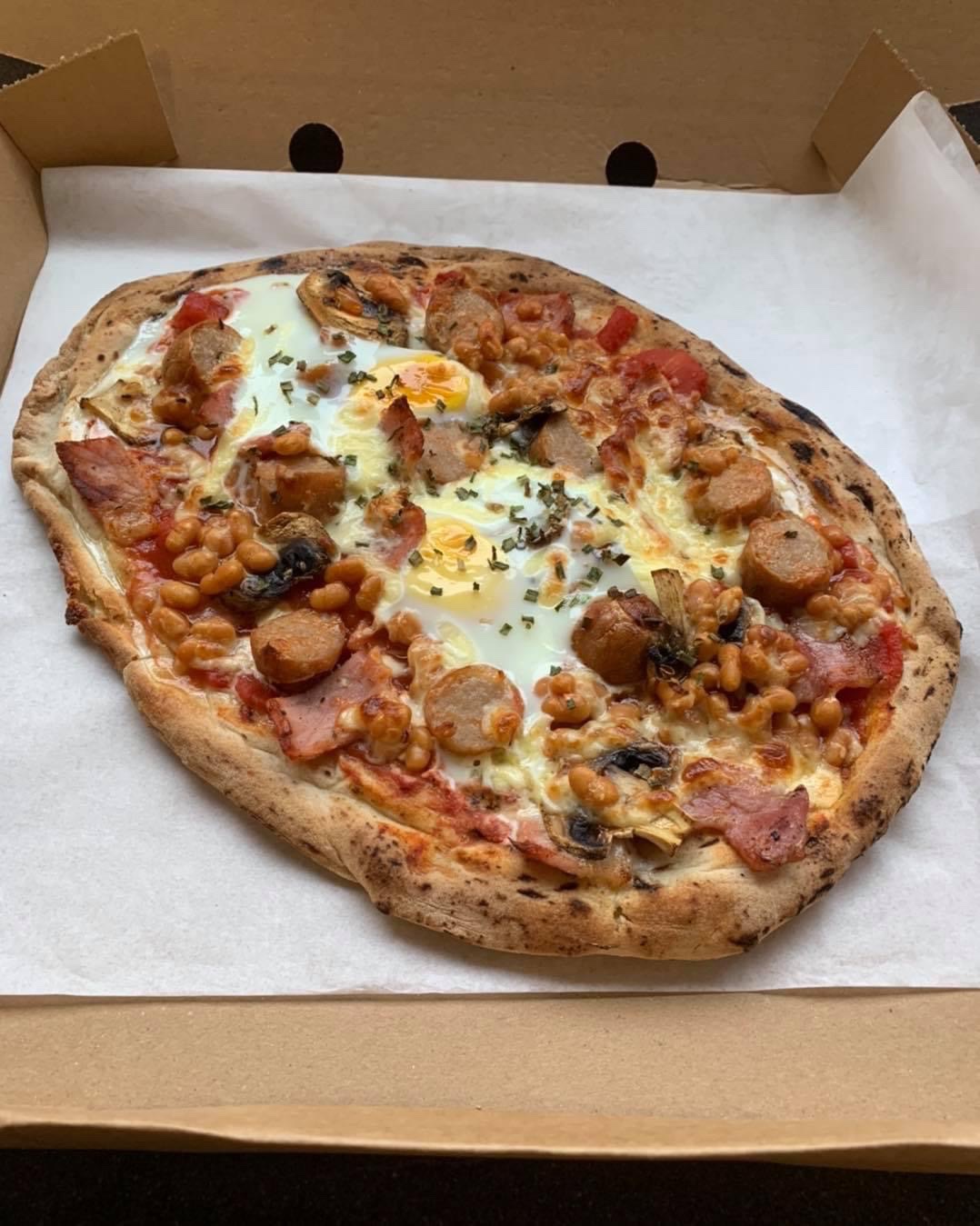 Ordering breakfast as a takeaway is already pretty strange. Putting that order on a pizza ranks up the weirdness factor, to the point where only the seriously daring would go anywhere near it.

Featuring the eyebrow-raising combination of eggs, beans, sausage, bacon, mushroom and dough, this dish may actually be quite yummy. We're just not sure we're brave enough to risk it. 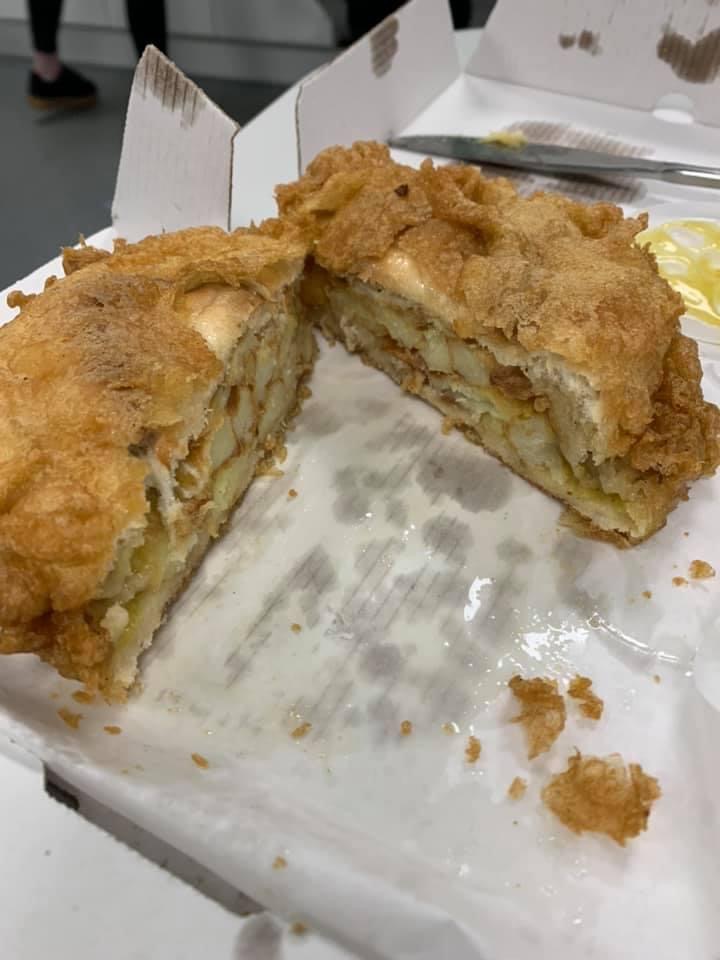 After battering and deep-frying the chips themselves, you might think that you've hit the ceiling for strange chip takeaway upgrades. As this entry proves, you would be mistaken.

By taking a traditional chip sandwich and battering and frying the whole thing, the battered chip butty proves that the only obstacle to over-indulgence is your own imagination. Whether or not it would actually taste good is completely irrelevant. It looks awesome. 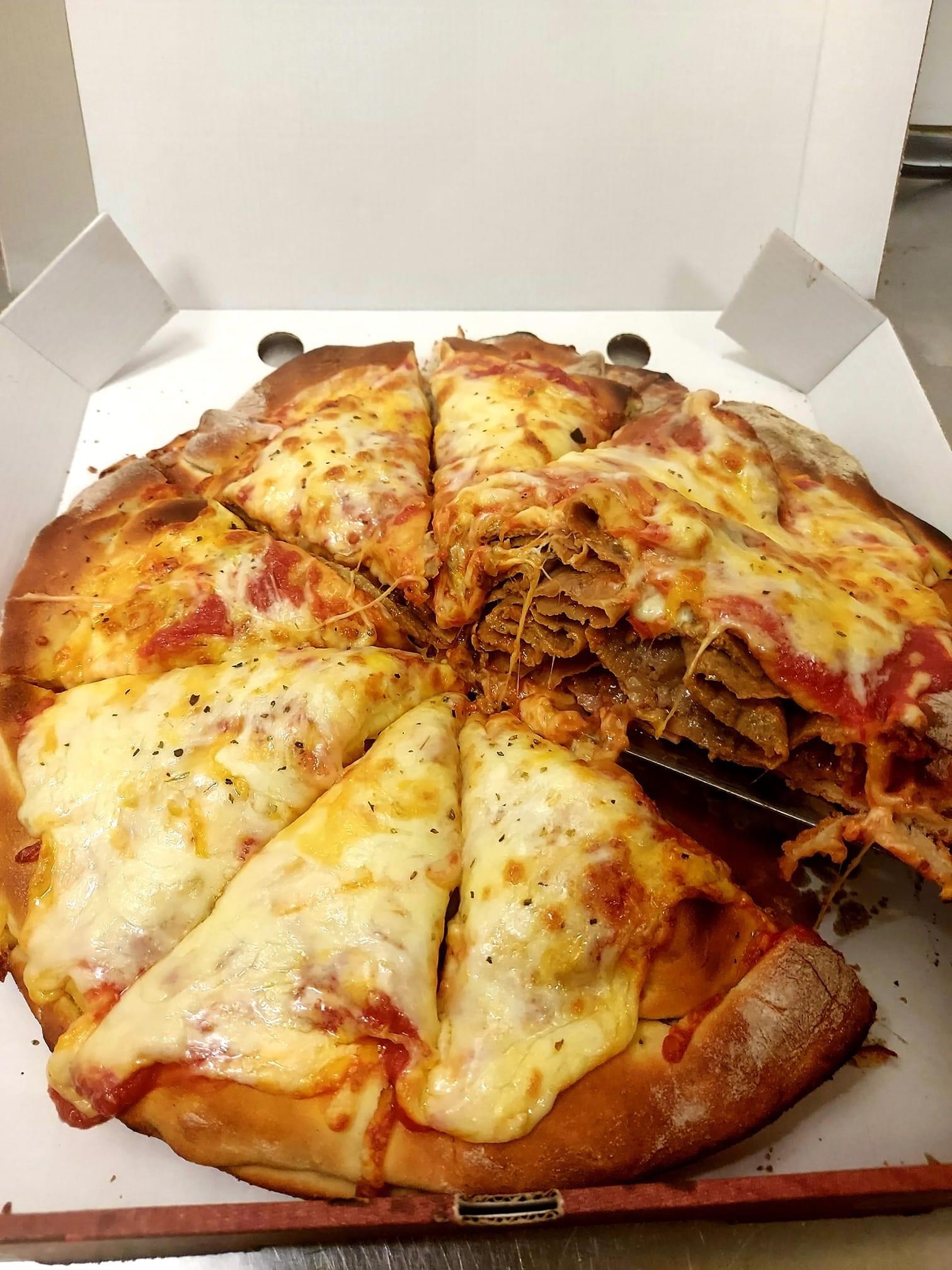 Stuffing a kebab into a pizza is definitely one of the weirdest takeaways (Credit: Twitter/RateMyTakeaway)

There have been enough arguments over what does and doesn't belong on a pizza to fill a library. What we can say with almost total certainty, however, is that the Neapolitan inventor of the classic dish never imagined that his creation would one day be stuffed with questionably sourced doner meat.

Providing an "alternative" to pepperoni, the kebab-stuffed pizza combines two of the most iconic takeaway dishes. However, despite the awesome implications of that idea, this may be a case where less is more. 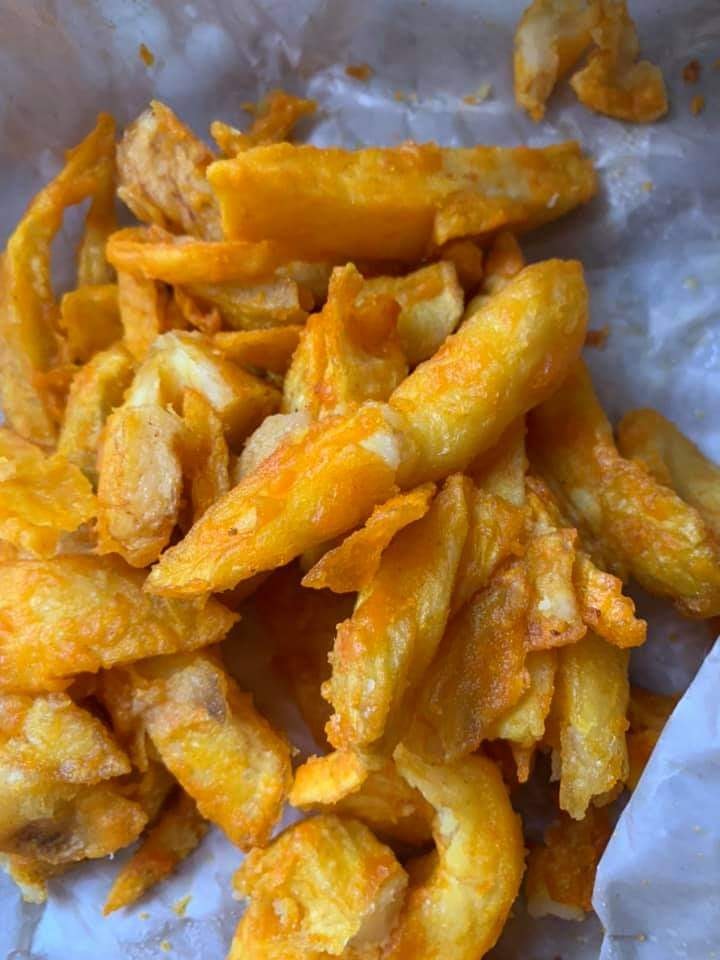 Battering chips is one way to make them more overindulgent (Credit: Twitter/RateMyPlate)

Chips and battered fish is a classic, tried and tested combo. What's less common, however, is ignoring the fish completely, and applying the batter straight to the chips.

This carb-on-crispy-carb combination certainly won't do any favours to your cholesterol levels. On the other hand, we'd be willing to bet good money that this is totally delicious. Would try.

Ordinarily, we'd never be ones to judge a fellow food-lover's takeaway order. After all, once you've created dishes like the pizzadilla, you haven't got a leg to stand on when it comes to calling out strange combinations.

That being said, even we have to draw the line somewhere. As hypocritical as it might be, several of these entries are definitely getting close.