For the last two years, one recipe has dominated social media. Thanks to a viral post from Finnish food blogger Jenni Häyrinen, the notorious TikTok feta pasta has become the must-try comfort food of the 2020s.

Despite making its debut two years ago, the dish is only becoming more popular. A recent report from the New York Times, for instance, found that the demand for feta pasta has stripped shelves of the sharp sheep's cheese.

At the time of writing, the hashtag #fetapasta had racked up nearly 700 million views on TikTok alone. Since the start of the year, Instacart reported that feta sales had leapt around 117%. Clearly, the trend is not just a flash in the cheesy pan.

So, what exactly is all the fuss about?

To see whether the TikTok feta pasta really is as exciting as everyone seems to think, we decided to put the dish to the test. Suffice to say, the results were pretty revealing. 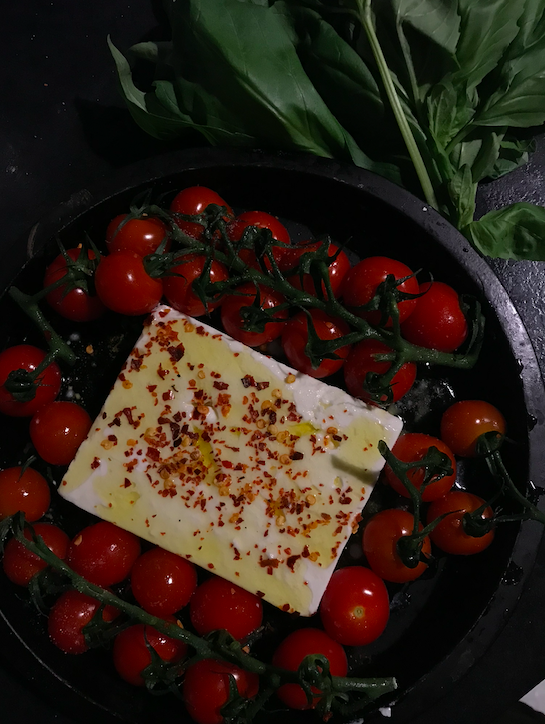 How to make TikTok feta pasta

As you might expect after 700 million views, there are quite a few TikTok feta pasta recipes out there. It goes without saying that some are better than others.

In order to make our attempt as authentic as possible, we decided to go with the OG viral recipe itself, originally shared on Finnish food blog Liemessa. We were pleased to discover that it was as simple as the name suggests.

The dish involves just three basic ingredients; a block of feta, a bed of cherry tomatoes and a generous glug of olive oil. Häyrinen's original calls for slices of fresh chilli, which we substituted for flakes, and the optional addition of garlic cloves.

As per Häyrinen's instructions, cooks should pour some olive oil in the bottom of a roasting pan, before placing the "whole feta block on top". The chilli should be sprinkled for suggestion of heat, before more oil is added.

Once the cheese is well and truly lubricated, it should be surrounded by cherry tomatoes and whole garlic cloves. Everything should be seasoned with salt and pepper.

With our pan looking suitably 'grammable, we were good to go.

All it took was 15 minutes and 200 degrees fan, plus a final 10-minute blast at 225. The result looked just as gnarled and calorific as you'd expect from a dish that is basically a melted packet of cheese.

Visually, it definitely ticks all the right boxes. 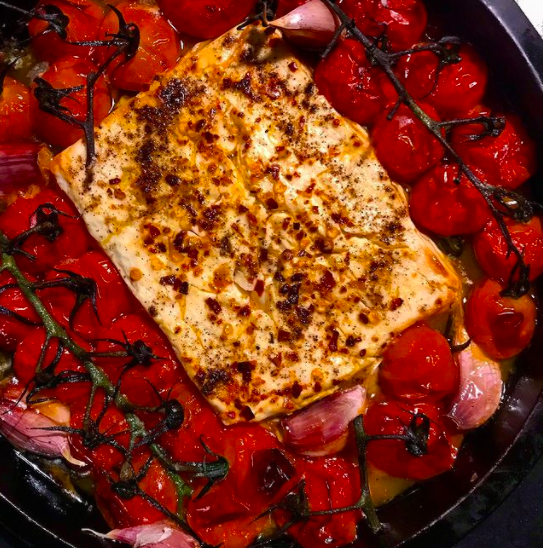 The TikTok feta pasta is just as good as it looks (Credit: Tommy Lethbridge)

In terms of taste, the TikTok feta pasta definitely isn't the worst internet trend we've been forced to taste.

Once cooked, mashed and combined with pasta water, the cheesy, garlicky, tomatoey mess becomes a punchy, flavourful sauce. The silky liquid is an ideal foil for long, thin noodles – such as spaghetti or linguine.

We'd definitely recommend including both chilli and garlic, as the roasting brings out a rich, mellow savouriness that runs through the rest of the dish.

However, for all the upsides of a creamy, cheesy pasta bowl, there are a few negatives.

For starters, chefs should definitely include a healthy dose of pasta water, as the dish can quickly become quite claggy. In addition, a squeeze of lemon juice would also be a welcome addition, as after a few mouthfuls of salty cheese your palate is crying out for some acid.

Overall, however, there are definitely worse things on the internet. 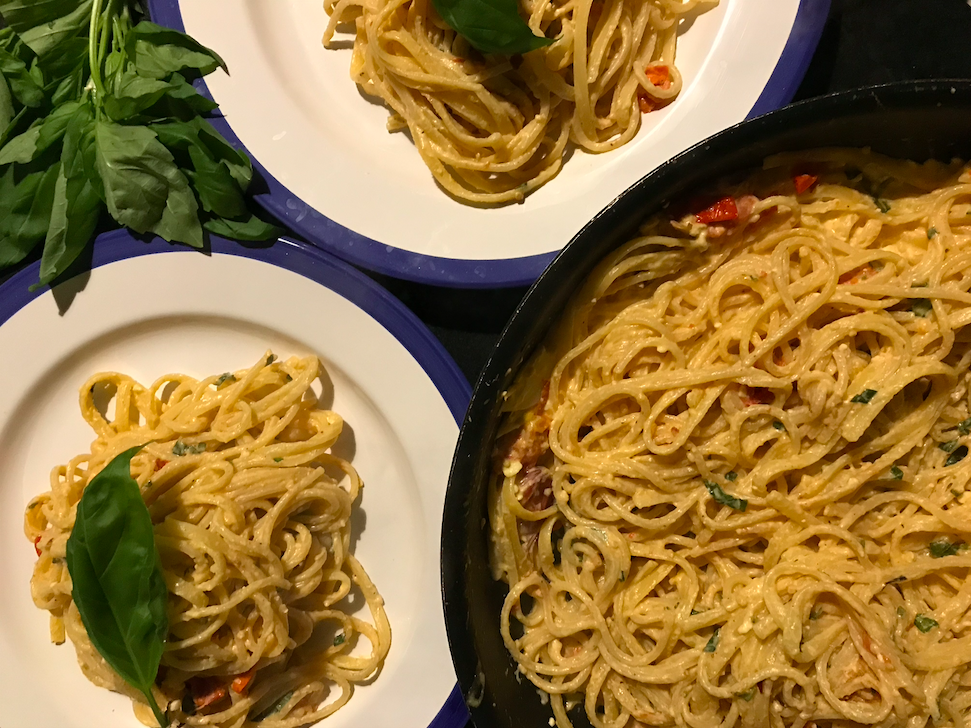 The end result should be sprinkled with fresh basil (Credit: Tommy Lethbridge)

Anything that's gained close to 700 million views is obviously popular for a reason. However, it's fair to say that most internet sensations tend to over-promise and under-deliver.

In this case, thankfully, social media seems to have stumbled across something genuinely delicious. Yes, it's not particularly subtle, and there are a few tweaks to make here and there. But overall, it's difficult to argue against the feta pasta phenomenon.

Of course, combining tomatoes, pasta and a whole hunk of cooked cheese is always going to get the thumbs up from most sensible people.

However, like all great ideas, it still takes one maverick to put two and two together and take the plunge before everyone else follows.