Ilirian Kameraj is a New York-based toddler who has been amazing the internet with his incredible cooking throughout the course of the pandemic.

As any chef will tell you, winning fans around the globe for your cooking isn't easy. However, for this ridiculously talented three-year-old, being famous for your food must seem like the most natural thing in the world.

The young chef has amassed millions of followers across social media and is fast becoming one of the most easily recognisable figures in food. At the time of writing, his TikTok account alone has over 3.3 million fans.

Here, Twisted catches up with his mum, Dorentina, to discover what it's like to have such a prodigy at home and learn how both she and her son are handling internet fame. 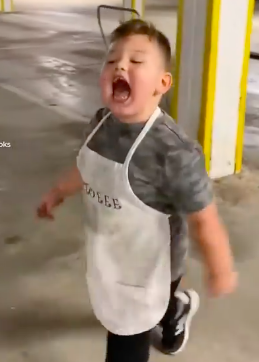 Although Ilirian's videos have proved to be wildly popular, it's obvious from speaking to Dorentina that the reaction has been totally unexpected. As she explains:

"Everyone's surprised about what's happening. In my family, he's like the first celebrity! They can't believe it.

"In our town, a lot of people do know who he is... We went to the mall last week and everyone was like, 'Oh my God, it's the little chef, can we take a selfie?' It's so weird – he's three!

"We're such a quiet family normally, so it's just surreal."

However, despite the wild success of the channel, it's clear that being in the public eye does come at a cost. As Dorentina explains: "The first couple of days when he first went viral, it got to me. My phone wouldn't stop ringing with people messaging me – people like The Today Show!

"There were so many companies messaging asking us to sponsor, and it was just overwhelming. I couldn't handle it.

"I was tempted a couple of times (to stop). It's just the negative comments that get me – calling him fat or saying 'mum's just doing it for fame'. But we never expected this to happen!" 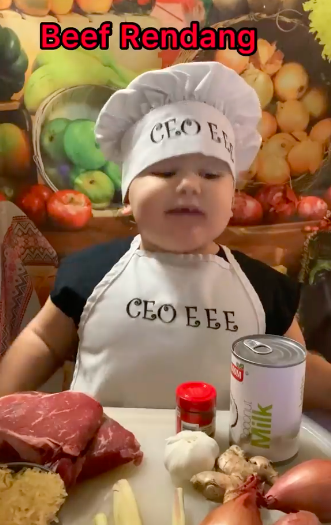 Ilirian's enthusiasm for food was apparent from an early age. As Dorentina reveals when we catch up over the phone:

"He's always had a passion for baking, since he was two-years-old. He used to watch Blippi on Youtube, and he had a video called 'Lior The Baker'.

"And he would be baking bread, croissants and (Ilirian) got excited about it. He would watch these videos five or six times a day and would just be mesmerised by the baking.

"One day, he wanted to bake cupcakes with me and my daughter. I was like, 'what's a two-year-old going to do?' He took an egg, cracked it with one hand and I was impressed."

From this early spark, things quickly began to snowball.

Dorentina originally documented her son's baking skills on her personal Instagram account, sharing amongst friends and family. However, after many of her immediate circle expressed amazement at Ilirian's skills, she decided to take things public.

READ MORE: We put Kylie Jenner's viral ramen noodle recipe to the test and can't believe we ever settled for anything less

Almost immediately, the reaction was overwhelming. As Dorentina explains: "In the first six months, he got around 15,000 followers. And then we did TikTok."

It was after Ilirian's debut on the popular video platform that things really began to kick off. 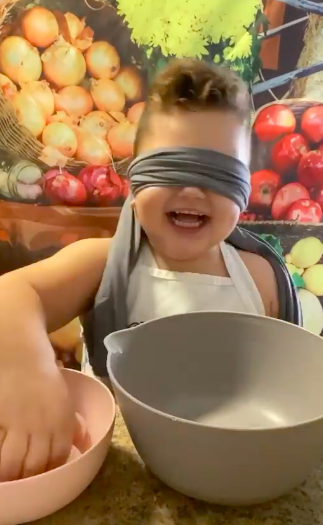 There's no doubt that the video-making process has become an increasingly slick operation. As was evident from the outset, Ilirian has never been interested in sharing simple dishes. Dorentina explains: "I would tell him to make a peanut butter and jelly sandwich and he wouldn't want to. He would want to try more advanced items like chicken or salmon."

When it comes to deciding what to feature in a video, the pair's process is extremely collaborative. According to Dorentina:

"Usually we'll go on Google together and look for commercials of food. For example, recently he saw a commercial for a Big Mac, so we made a Big Mac.

"We don't prepare anything, we just go along with it. The only thing he doesn't do is touch the oven. He does the chopping, the pounding out the meat – he does all that himself."

Although he gets his inspiration from many sources, it's obvious that Ilirian has extremely refined tastes for a toddler. As Dorentina explains: "Honestly, his favourite is roasted chicken. We've made that, I think, seven times over!

"Twice, I've even made a roast turkey with him. Plus, also, filet mignon – he loves eating that."

His expensive tastes and ambitious recipes have clearly made Ilirian aware of other big names in the food industry.

"I don't know if Gordon Ramsay's in contact with you," Dorentina laughs, "but please apologise for annoying him with all the call outs."

Time will tell whether a Kameraj/Ramsay collaboration is on the horizon. 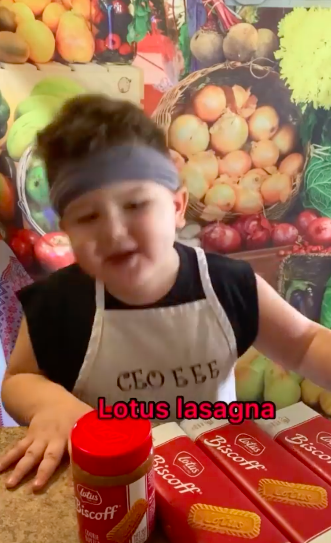 Ilirian is yet to hear back from Ramsay. despite numerous shout-outs (Credit: Instagram/Ilirian_Cooks)

Clearly having a famous toddler in the age of social media is complicated. However, Dorentina has learned that, despite the occasional negativity, there are also plenty of upsides.

She explains that everything Ilirian makes from sponsorship deals and commercial work is being put into his own checking account for a later date. But she also feels it's very important that he never feels pressured by the commercial opportunities. She explains: "Bed Bath and Beyond contacted us for him to do a catalogue. But I wouldn't pressure him to do anything like that. Whatever is good for him and that he can handle, I would allow him to do.

She also has some top tips for any parents who might also have enthusiastic three-year-olds charging around the kitchen. As she explains:

"If parents want their children to start baking and to learn, your own kitchen is a great place to start. Kids will make mess. Ilirian's made a lot of mess but he's having fun and he's learning.

"Kids grow up so fast – it's great to enjoy the time with them and to make memories and not worry about the mess!"

While not everyone can aspire to be a world-famous social media sensation, it's clear that the kitchen is a great place to be with your kids.