Can you cook a full English in a slow cooker? Twisted tests the viral recipe

For many, making a full English in a slow cooker is about as blasphemous as using holy water to dilute Ribena. As one of the most beloved breakfasts in the world, it's not a recipe you should ever tamper with lightly.

However, as Jeff Goldblum warned us in Jurassic Park, there are plenty of people who are so preoccupied with whether they can do something that they never stop to think if they should. This is a particularly common problem among members of the Facebook group “Slow Cooker Recipes & Tips."

Last year, this crockpot obsessed cabal captured the internet's imagination after one of their members shared a snap of a complete full English in a slow cooker. In the picture, mugs of mushrooms, hash browns and beans were encased in a ring of sausages, bacon and more hash browns.

It was as impressive as it was stomach-churning. According to the caption, any time-poor breakfaster could simply whack the whole mix on a low heat, leave overnight and wake up to a tasty morning meal.

Though there were a few negative Nelly’s, almost everyone was enthusiastic about the plan. As were we. 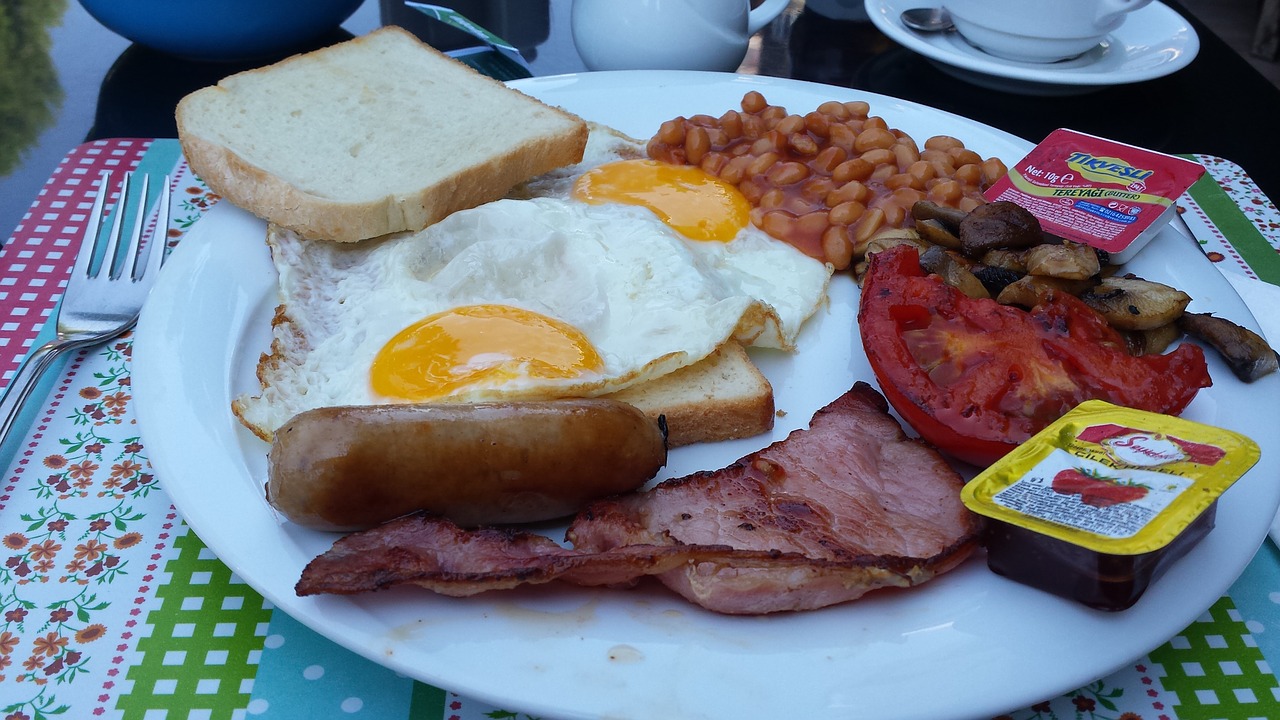 For many, making a full English in a slow cooker is about as blasphemous (Credit: Pixaby)

Full English in a slow cooker

In fact, so positive were we about the prospect of a one-pan, ostensibly mess-less breakfast, that we decided to put the hack to the test. Buoyed on by innocent optimism, we dusted off the Twisted cooker, set off to the shop and assembled the necessaries.

Read More: How to make bread in the slow cooker

Who cared if by the time our “fry” up was ready it would almost be hometime? We were in the mood for the world’s slowest bacon.

Like the photographs captured from the first day of the Somme, mere words cannot do justice to the full horror of what followed.

As per the detailed instructions provided alongside the original recipe post, we took the precautionary step of lining the pot with baking paper, in the hope that this would prevent my brekky from sticking to the sides. We needn’t have worried.

As it turns out, this measure was the equivalent of putting a fan in your bedroom because you’re worried about it being a bit stuffy, while the rest of your house is on fire.

We arranged the ingredients, carefully portioning mushrooms and beans, adding a little salt and diced garlic to each. Next, we lined the pot with a layer of hash browns, taking care to rest them against the rim for “added crispiness”, before folding cheap bacon into piggy cigarillos and stacking up a row of pork sausages.

We set the machine on low and left it in a corner. Only when we lifted the lid, six hours later, did we understand the abomination that had been created. 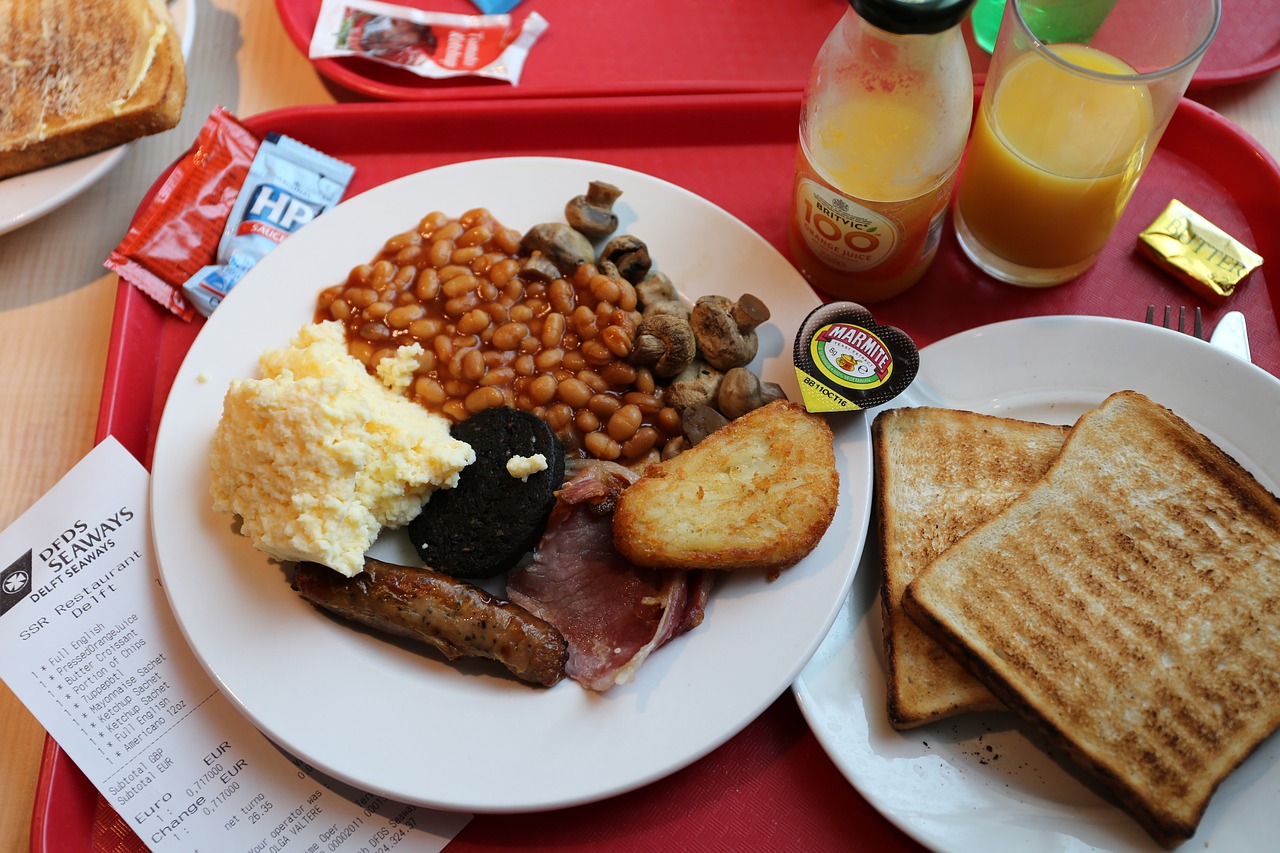 A full English breakfast is one of the most beloved breakfasts in the world (Credit: PIxaby)

The first thing we noticed was the grease. We hadn’t added any oil, yet our breakfast was drowning in it. The pot looked like the Gulf of Mexico after the BP oil spill.

It was the kind of grease that could kill entire species if it accidentally ended up in the ocean. This was not the start we had been hoping for.

Apart from making anyone who looked at it want to throw up, the grease also saturated everything it came into contact with. Our hash browns, sausages and bacon were all indiscriminately dip-dyed in a coat of fat.

This had the unusual consequence of causing the bottom half of the breakfast to dissolve into a salty sludge, while the top remained disturbingly firm.

The hash browns had almost entirely congealed into a sort of potato cement. Where they had been submerged in oil, they had disintegrated to the point where it looked like someone had vomited all the other elements of the breakfast back into the bowl.

What happens when you slow cook bacon

Things got even weirder with the bacon. The tips of the rolls were almost completely dry and tasted like the rubber sole of a porky shoe.

The bottoms, by contrast, had completely jellified. This made each mouthful feel like you were eating biltong and aspic at the same time.

To make matters worse, every miniature bacon roll looked like a mummified piece of human anatomy.

The situation did not improve with the sausages. One of the scariest things we've ever put in our mouths, they had the texture of flour bound together by PVA.

As Tara mused after a horrible mouthful, “If my mum gave this to me, I’d murder her”. Never have we been more grateful to not be Tara’s mum. 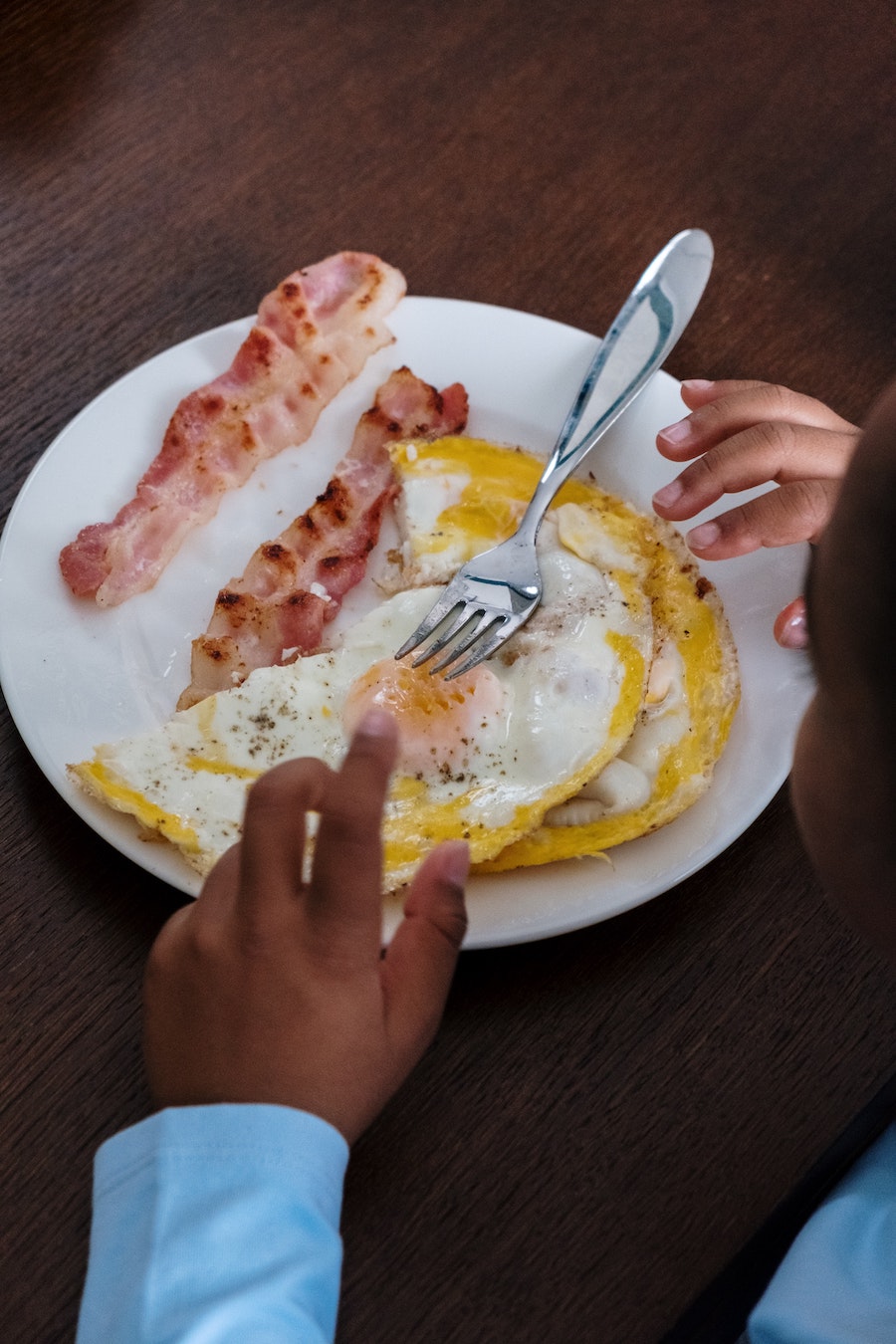 Would you attempt to cook a full English breakfast using a slow cooker? (Credit: Pexels)

So, can you actually cook a full English in a slow cooker?

Despite the alien-like texture and flavour of the sausages, bacon and potatoes, there were a few positives to take.

Ignoring the fact that you don’t need to chew most of the components, the beans and mushrooms were genuinely delicious. Both were buttery and garlicky and safely removed from grease that had successfully ruined everything else.

Unfortunately, prolonged exposure to the slow cooker meant that handling the mugs was like grabbing a Bunsen burner. In the end, we were forced to fashion a weird gauntlet out of paper just to get them out.

If this experiment has taught us anything, it’s that every idea should be subject to scrutiny.

Humanity has been cooking for hundreds of thousands of years. The chances of us stumbling across something genuinely new and game-changing are, unfortunately, minimal.

In the end, it's probably best to leave breakfast to the experts.

Read More: Here's how to make "best ever" fried rice in a slow cooker