One of the unwritten laws of fast food is that sides are often better than the main event. While a Big Mac might be broadly fine, every McDonald’s fan knows that it’s really all about the McNuggets. The only thing stopping them from taking over the menu is the portions.

Fortunately for customers who prefer their food to be bite-sized but still substantial, at least one of the major industry players has decided to throw side dish convention out of the window. According to its website, fried chicken specialists KFC is set to bring back its infamous 70-piece popcorn chicken box - providing the perfect poultry antidote to present circumstances. 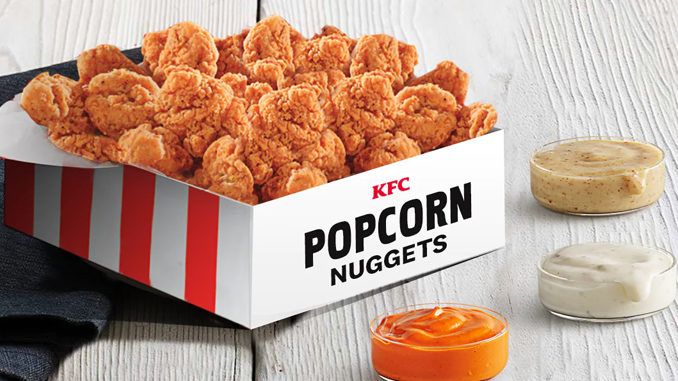 According to a page on KFC’s website, the $10 nuggets provide an “extra-large serving of popcorn chicken”. As the description goes on to explain:

“We’re bringing back a family favorite: $10 Popcorn Chicken! It’s an extra-large serving of Popcorn Chicken - approximately 70 pieces, in fact! That’s enough for dinner tonight - and maybe even lunch tomorrow. Add a large side to make a complete meal. Plenty of food for only $10!”

As alluded to on the website, this isn’t the first time that the brand has supersized its popcorn chicken. As per a report by Brand Eating, a similar serving was first introduced back in 2016 as part of KFC’s $10 Chicken Share Buckets range. As the article explains, “(b)ack then, (KFC) were describing it as ‘lots’ of Popcorn Nuggets for $10 [sic.]”.

Similarly, British customers have already had the benefit of an enormous popcorn chicken upgrade, after the chain recently made an 80-piece popcorn chicken bucket available. Running from February through to March, the limited-time promotion left many fans distraught when it was suddenly pulled from menus, so American chicken lovers would do well to move quickly.

As a result of present circumstances, KFC is currently operating on a drive-thru and takeaway only model. Given that the popcorn offer is supposed to extend nationwide, there’s never been a better time for house-bound chicken feasting.