Wherever you travel, you can guarantee that there will be at least one or two delicious fried chicken dishes to help you feel at home.

Fried chicken is one few things that unites the majority of the planet’s population. It's no surprise, therefore, that almost every country on earth has come up with its own way of making it awesome. 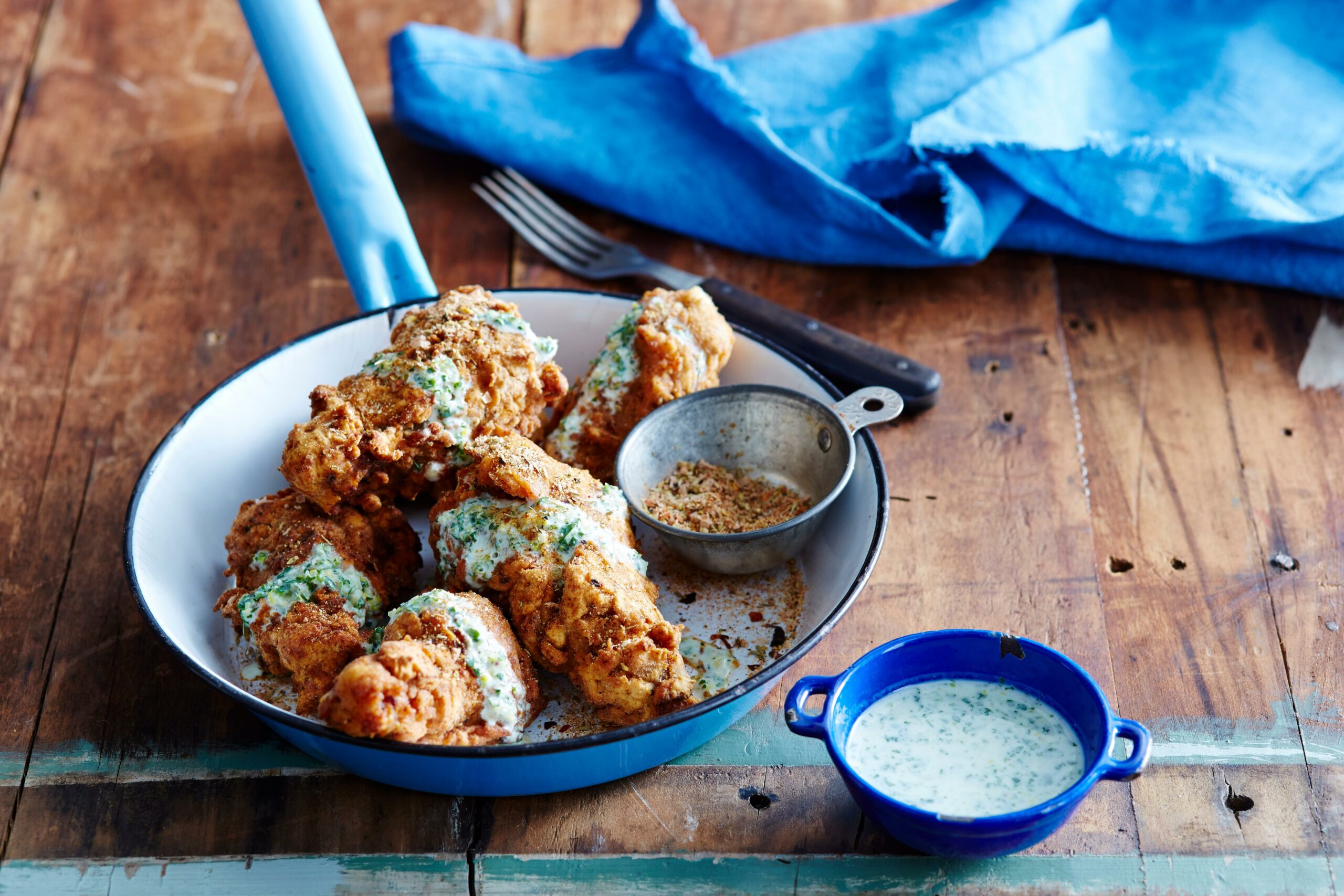 Famous fried chicken dishes from across the world

Of course, with so many different interpretations on offer, it can be difficult to know where's best to begin a fried chicken journey. This is where we come in.

To help you enjoy the best fried chicken dishes around, we've prepared this guide to a few of our favourites. They might not necessarily be within easy reach, but they're definitely worth a journey.

Here are six famous fried chicken dishes from across the world. 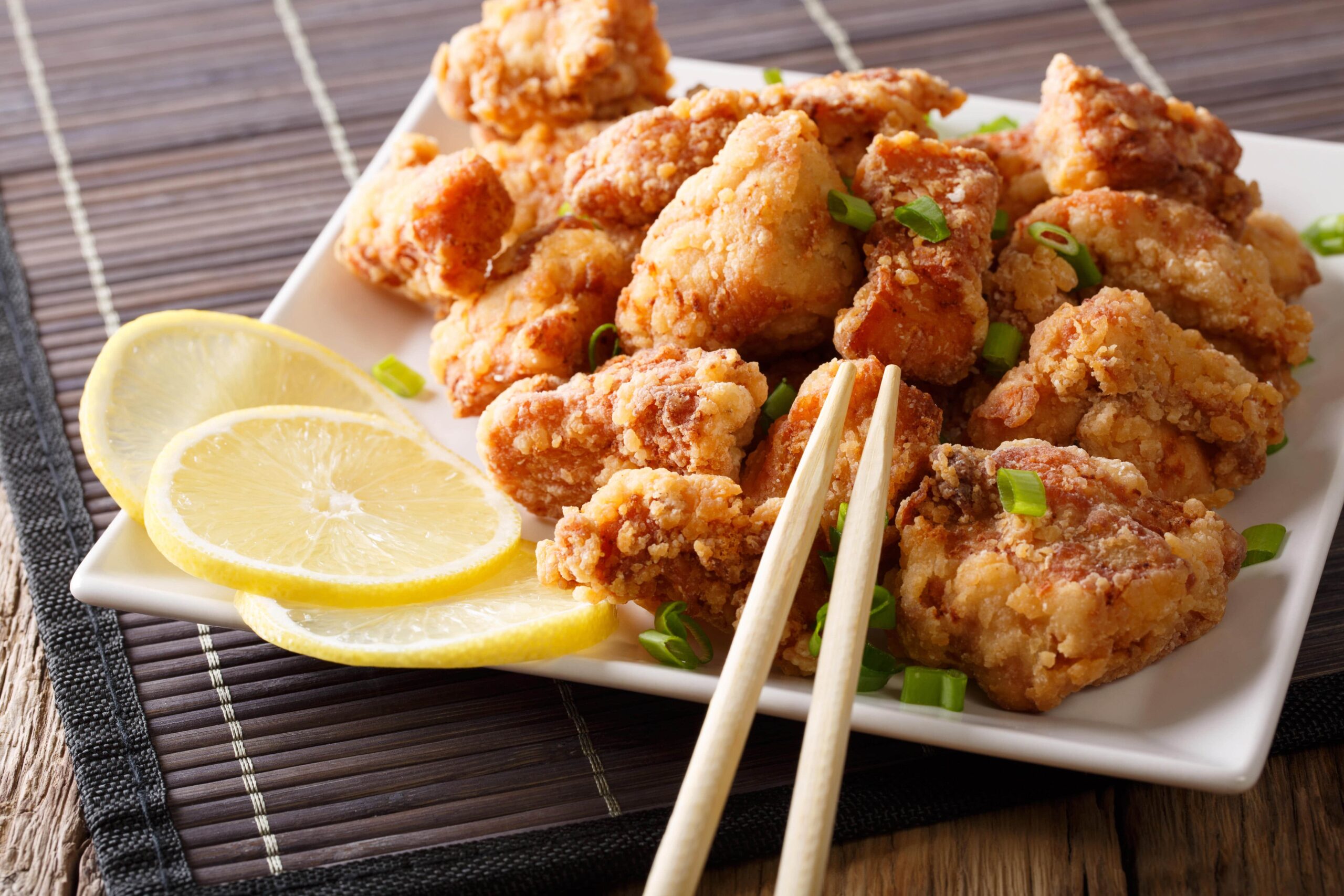 Fried chicken is adored across Asia, and Japan is no exception. The country not only has a well-documented KFC obsession but has also perfected its own signature techniques. Chief among these is karaage.

Karaage involves marinating either chicken or vegetables in a soy sauce-based liquid, before coating in a potato starch batter. The result is a crunchy, moist mouthful that can rival chicken from anywhere in the world. 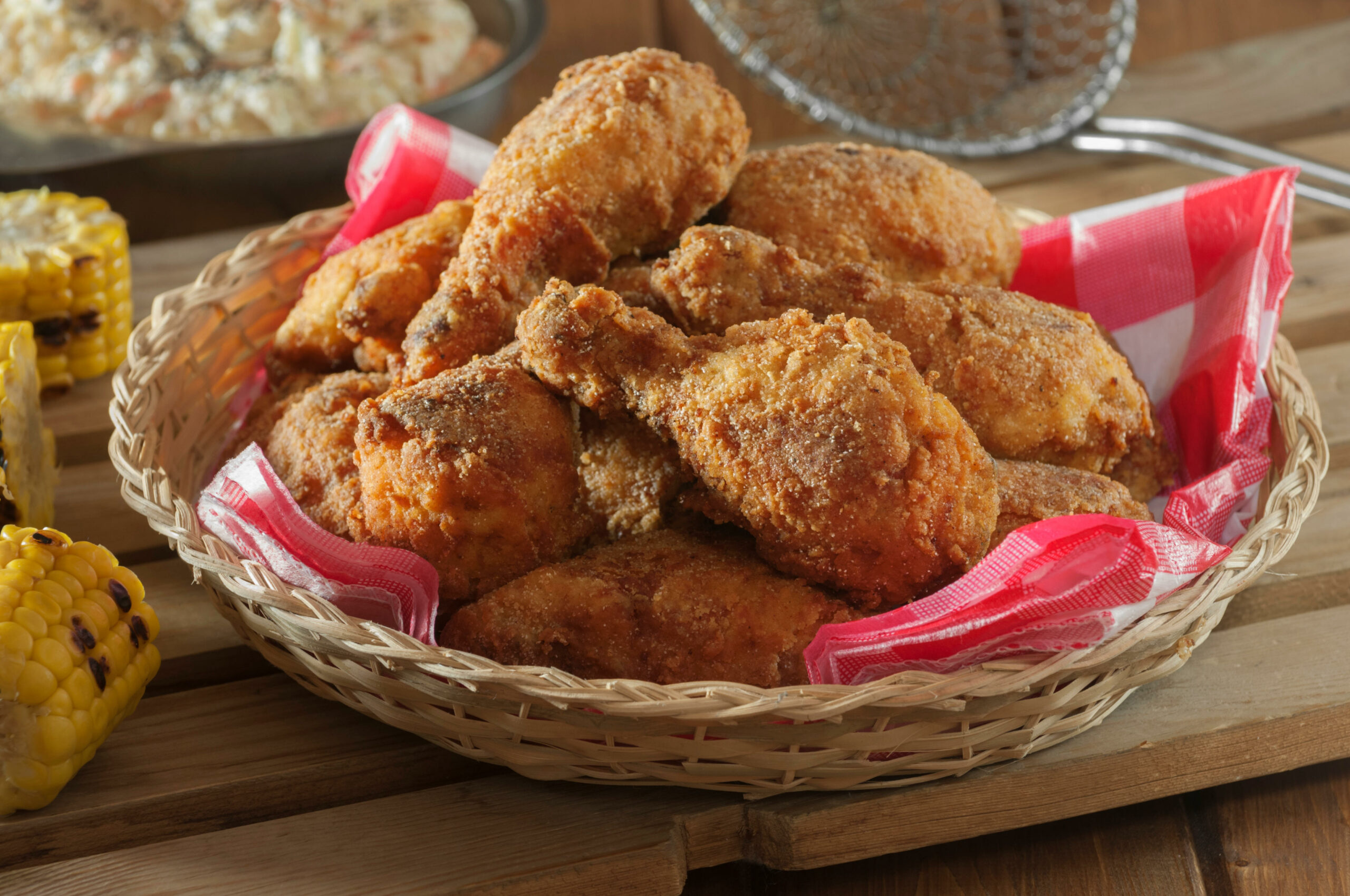 It’s impossible to have a conversation about fried chicken without mentioning America. The USA practically wrote the book on deep-fried cookery, and their chicken is a stellar example.

Whilst you could fill an encyclopedia with the many regional variables that span the country, arguably the most universally hailed is the southern fried variety. Made popular by chains such as KFC, southern fried chicken is coated in a flexible spice blend that typically includes garlic powder, paprika, pepper and cayenne, among a host of other herbs and seasonings. 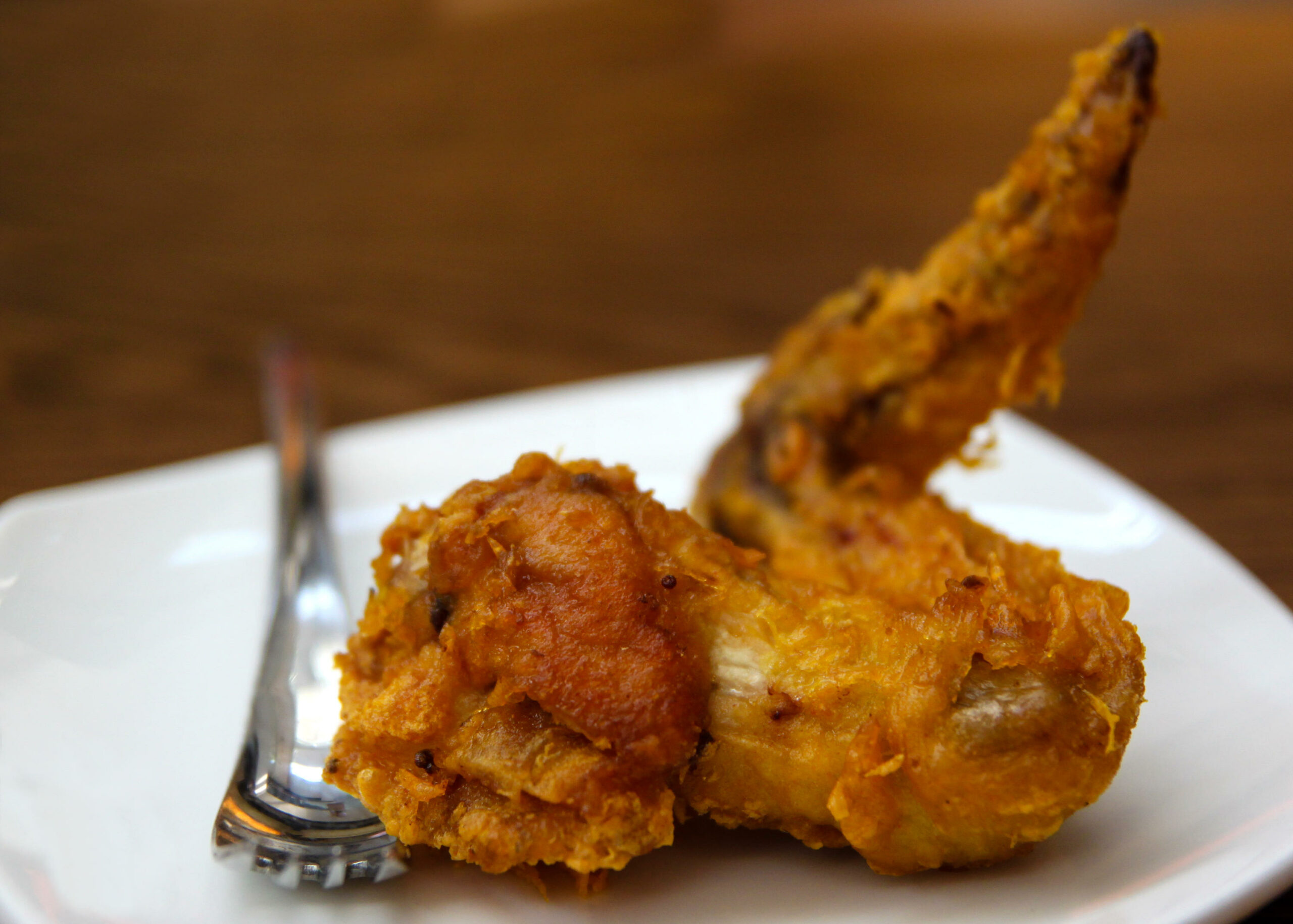 A favourite of the Hawker food stalls of Singapore, Har Cheong Gai is rarely found outside of Asia. The key to this traditional treasure is in the marinade, which gives the dish a completely unique taste.

Made from fermented shrimp paste, the coating contributes to a richness and depth of flavour that you just don’t get with any other chicken. In the right hands, Har Cheong Gai is worth the trip to Singapore on its own. 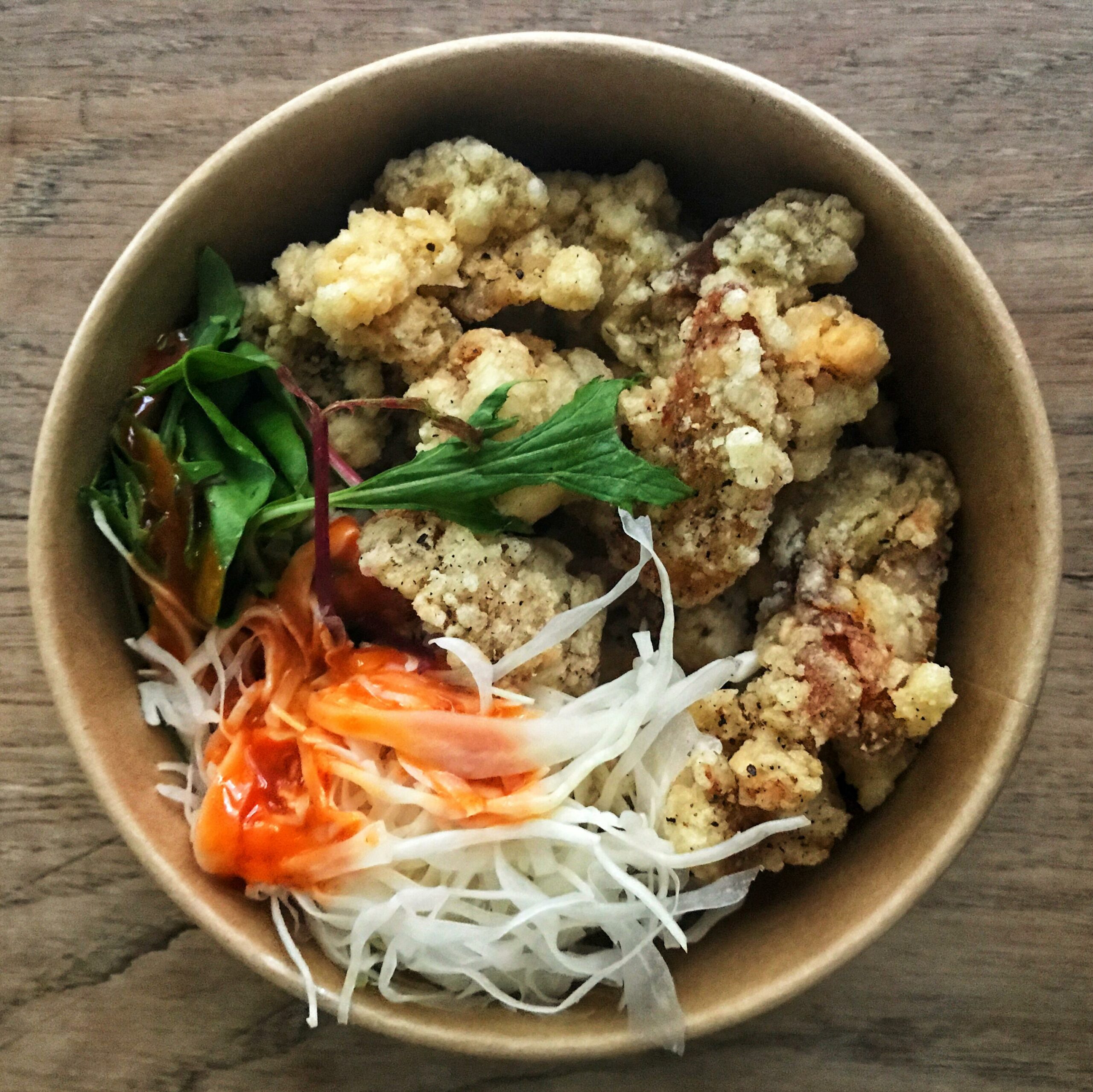 What makes Korean fried chicken so unique is the cooking method. In order to make the bird extra crispy, portions are double, sometimes even triple fried.

Chikin, as it is known locally, has its origins in the Korean War, and owes much to American influence. However, the refined method and modern approach of giving the chicken a thin, crackly crust, have subsequently helped put today’s Korean Fried Chicken in a class of its own. 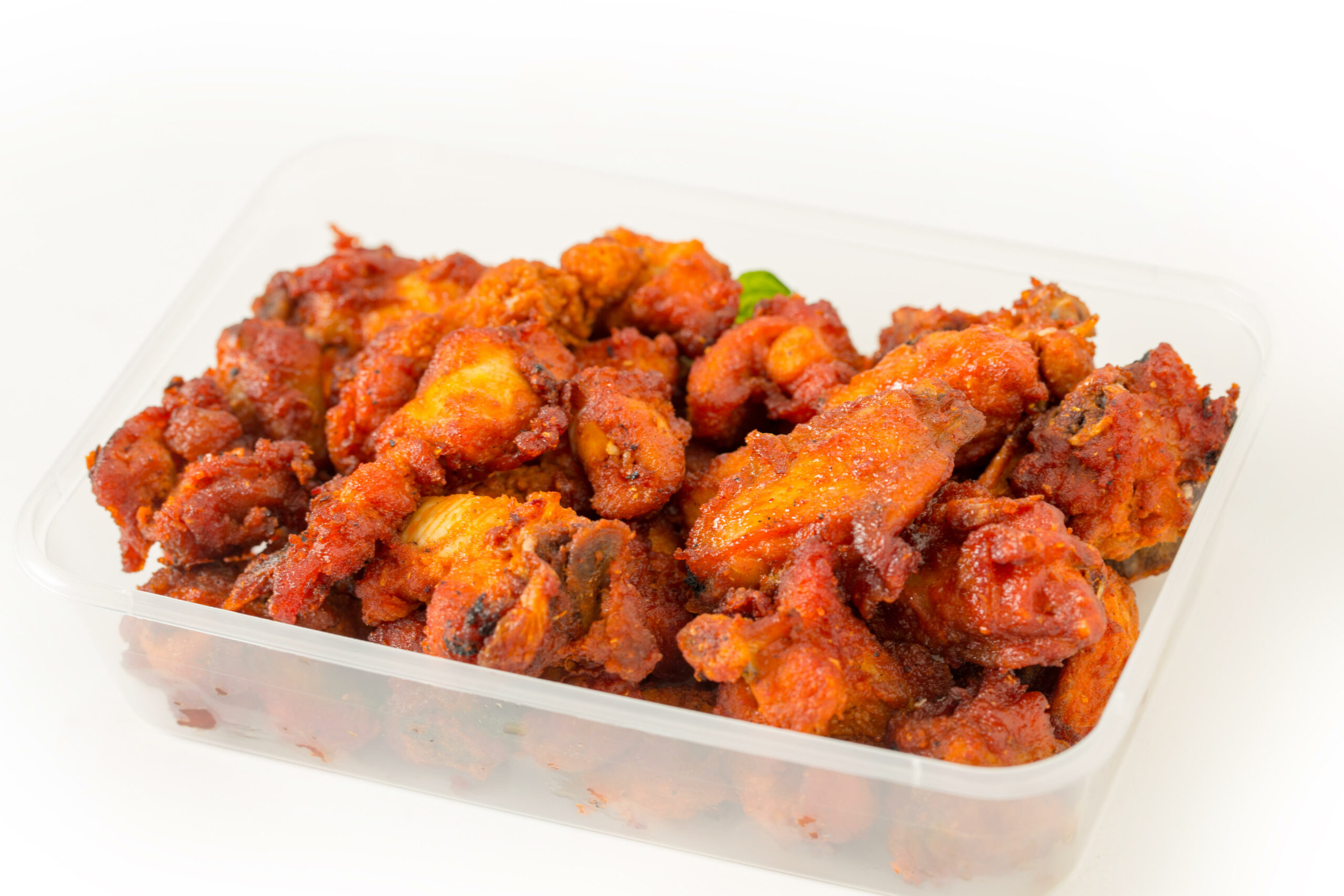 Chicken 65 is popular throughout the subcontinent (Credit: Alamy/Art of Food)

While many countries specialise in spicy food, there is no nation that has mastered the art quite like India. Chicken 65 is a heady, at times lethal combination of chillies and spices from the city of Chennai.

Potent, but undeniably delicious, the dish is the perfect example of how fried chicken can slot itself seamlessly into a nation’s culinary culture and identity. 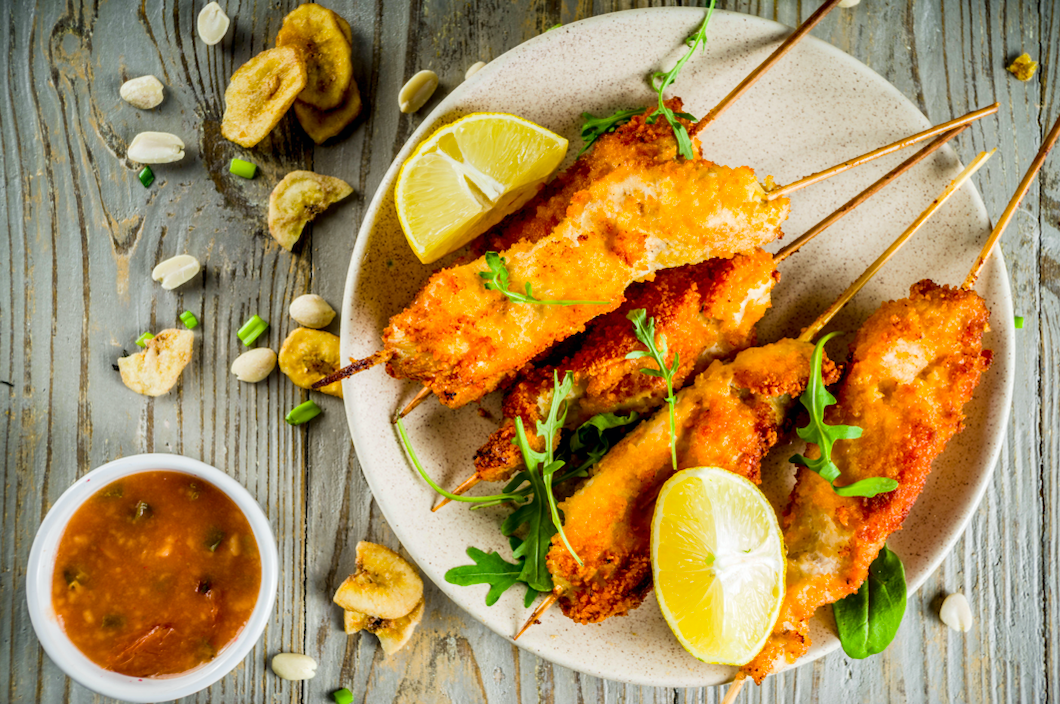 America would not have fried chicken were it not for the African impact on their culture and cooking. No dish exemplifies Africa’s mastery of the bird better than peppered chicken from Nigeria.

Unlike other fried chicken dishes, what makes peppered chicken so exceptional is the essential addition of a rich tomato and pepper sauce. The chicken is first deep-fried for crispness and then stirred in the sauce for flavour.

It is this unique combination that makes peppered chicken a deserving addition to the fried chicken hall of fame.

Fried chicken’s global appeal means that you'll never have to look far to find something delicious.

If you ever feel tempted to try something a little more daring than a KFC Boneless Bucket, we recommend that you give one of these dishes a go. All sorts of joyous chickeny surprises await.