It’s always going to be difficult to combine something as tasty as a chicken with a deep fryer and not end up with something delicious. The thousands of distinctly average takeaway joints scattered across the planet are testament to how easy it is to make a palatable portion of greasy poultry.

However, there are a few restaurants that show that fried chicken can be so much more than a late night stop gap. These institutions are the pride of communities and prove that fried chicken done right can be as mouth-watering as any food on earth. For a chicken experience you’ll never forget, these are the seven places to head.

America has done more for fried chicken than any other country, and unsurprisingly is strongly represented on this list. Of all the different chicken sub genres that have sprung up over the years, perhaps the most celebrated is Nashville Hot. This spicy southern staple has gone on to achieve global fame, and nowhere does it better than Prince’s. A local institution since 1945, this legendary establishment is the only place to head for the archetypal Nashville Hot Chicken experience.

American style chicken is so popular that it has spread to all corners of the globe, to the point where many of the best contemporary chicken restaurants are on the other side of the world. This is certainly true for Tokyo based Soul Food House, where Americans David and LaTonya Whittaker have carved out a culinary niche by serving sensationally cooked classics such as chicken and waffles to a hungry new audience.

If you’re after tasty chicken, America isn’t the only nation on the menu. The Korean fried chicken tradition, which features twice, sometimes even thrice fried chicken pieces, is fast becoming as if not more respected around the world. In Korea’s capital, there is only one place to head for the bonafide KFC experience. Hanchu has been enticing locals for over 20 years with the promise of exemplary fried food, and has established itself as the premier chicken destination in the city.

Paris is probably the last place you’d expect to find some of the best Korean chicken on the planet, and yet that’s exactly what you can get at Hero. Serving hot, crispy fried chicken in the insalubrious surroundings of Saint Denis, Hero is unlike any of the bistros and cafes that surround it, which just serves to heighten the experience. Unexpected and totally yummy, this is a must visit for European chicken fans.

While there are many cultures that spring to mind when you think of chicken, Germany is not usually near the top of most people’s lists. However, hidden in Berlin’s Zur Kleinen Markethalle is a well-kept local secret. A food market that specialises in traditional local recipes, diners here can enjoy entire half deep fried chickens on the bone in an experience that will transform your idea of what German food has to offer.

Located in the heart of LA’s Koreatown, this old pub-turned-restaurant produces perhaps the best example of Korean fried chicken in The States. Specialising in whole, butterflied, deep fried birds, The Prince’s traditional technique doesn’t involve batter, but instead almost confits the chicken in a pan of hot oil. Served with a selection of traditional pickles and sauces, this a unique and essential chicken experience. 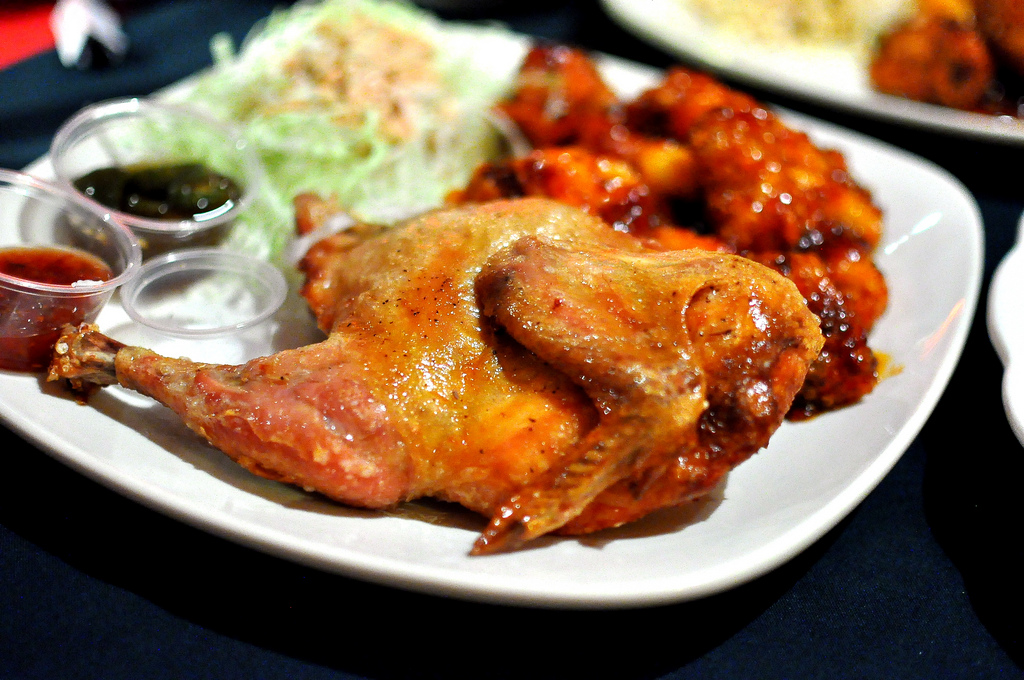 It’s only right that the top spot on this list goes to another legendary American establishment. Famed throughout the South for its tender, crispy signature chicken, the crowds of volunteers that helped keep the 50 year-old restaurant going in the aftermath of Hurricane Katrina are testament to how well loved Willie Mae’s has become. The hours long queues are undoubtedly worth it - this is one restaurant not to miss.

Thanks to its versatility, tasty chicken can come in many forms. However, there are some specific recipes that need to be eaten to be believed. For anyone claiming to be a chicken connoisseur, these restaurants are the only things that should feature on a foodie bucket list.