What dessert has the most calories can influence our food orders.

Truth is, there are few dinner struggles more traumatic than the debate over dessert.

Should you tear yourself away from a seductive, sugar-coated menu? Or give into temptation and get the biggest, most ridiculous option on offer?

These are the decisions that keep anxious foodies up at night. 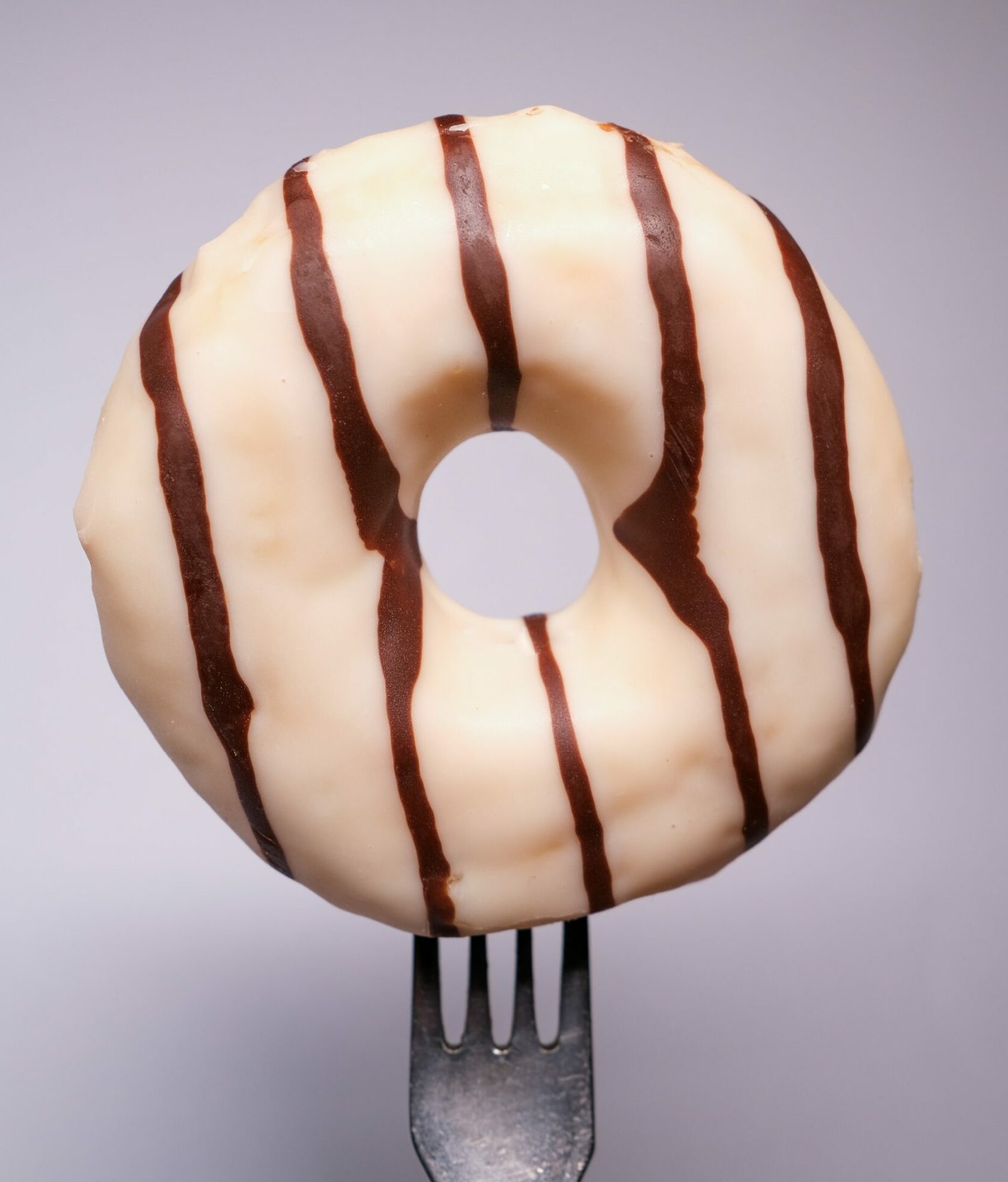 The world's most decadent desserts are seriously indulgent (Credit: Pexels)

What dessert has the most calories?

Most normal desserts are pretty easy to ignore.

Unfortunately, there comes a pudding of such massive proportions that it needs to be seen to be believed.

READ MORE: What is the most expensive fast food?

These mythical sugary behemoths are few and far between, but when they appear they deserve some special attention.

Thanks to intensive and presumably very delicious research from Thomson Lakes and Mountains, we can now reveal what dessert has the most calories. 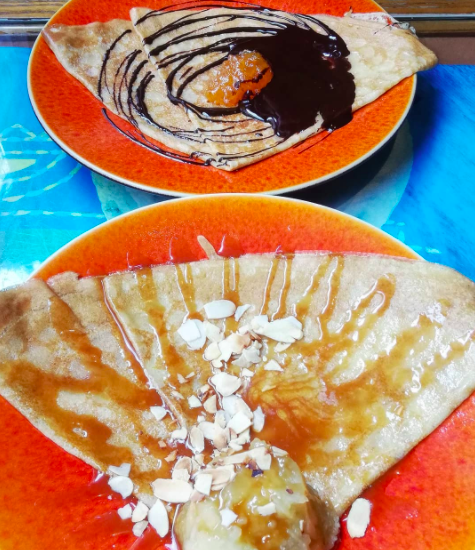 As the creators of caramel, crêpes and a whole collection of ridiculously unhealthy sweet treats, it’s unsurprising that the French feature in the top 10.

This pancake panacea contains two French crepes, salted caramel sauce, three scoops of caramel ice cream and a load of flaked almonds. Weighing in at 1,386 calories, this is not a pud to be taken lightly. 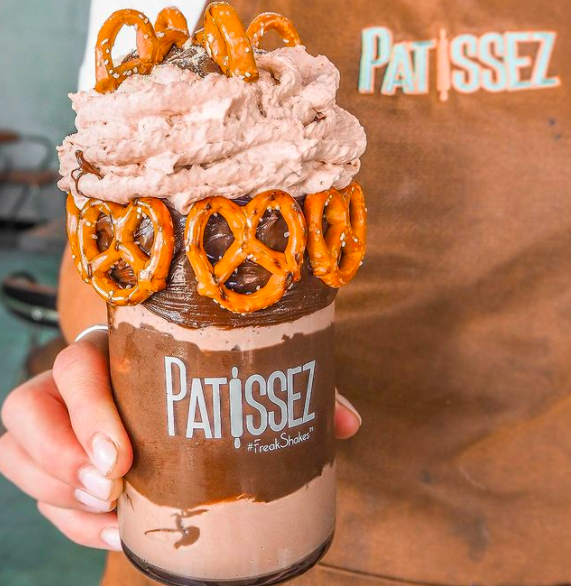 They might be a dime a dozen in the world’s trendier food neighbourhoods, but there’s no doubt that the original freakshakes remain among the most impressive desserts anywhere.

Chocolate milk topped with anything and everything from brownies to pretzels, these 1,466 portions are massive in every sense. 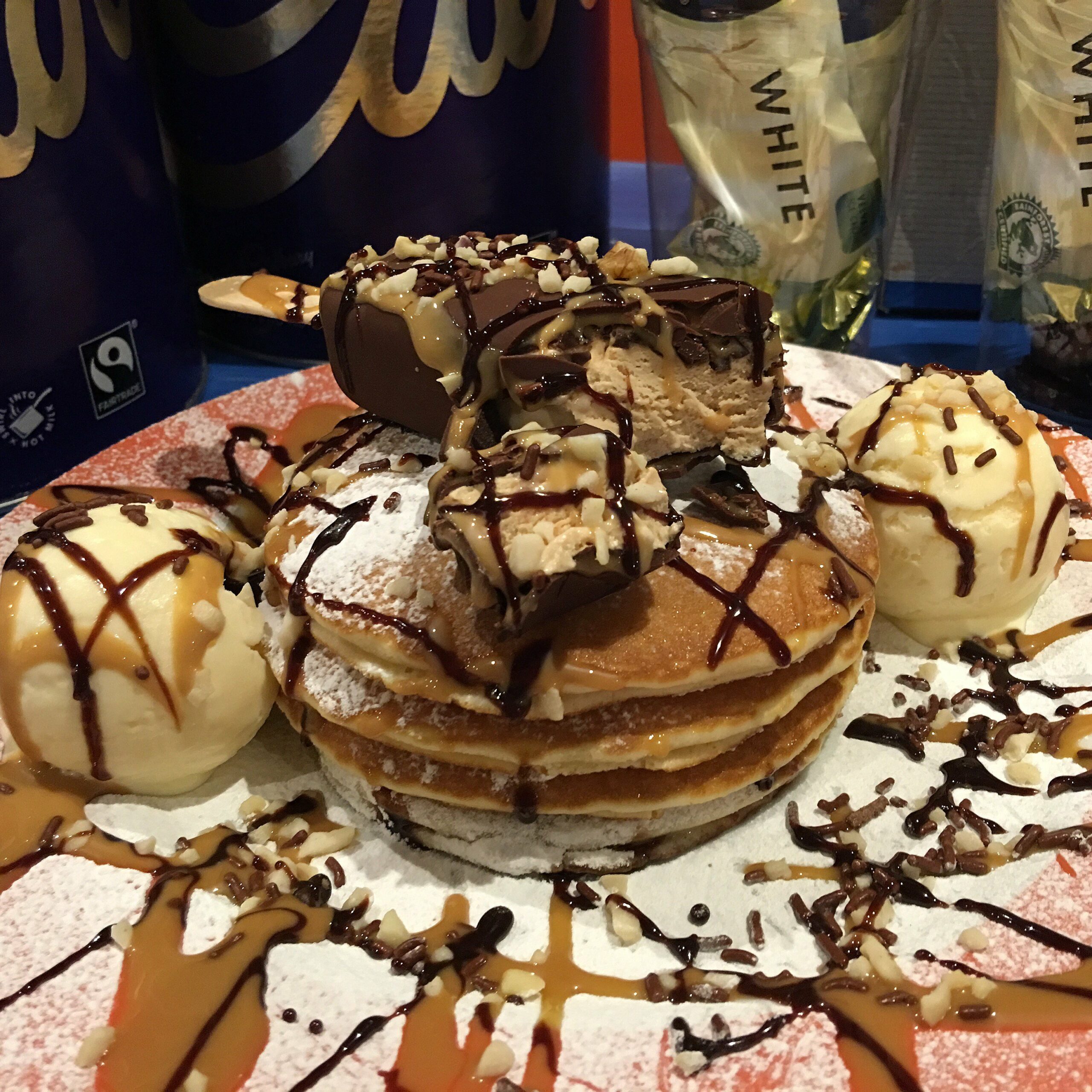 The French aren’t the only ones to have a handy pancake recipe. This dessert, featuring fluffy Dutch-style pancakes, a white Magnum ice cream, Oreo ice cream sandwiches, Nutella and chocolate buttons totals at a stonking 1,490 calories.

This makes it more than enough to intimidate even the most enthusiastic pancake fan. 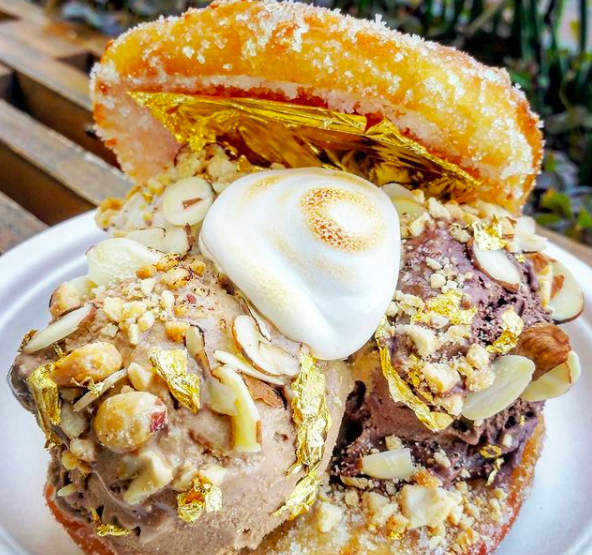 The Gelato Tap burger is so indulgent it even includes gold-leaf (Credit: Instagram/Tap Gelato)

Given that “ice cream” and “burger” are two of the least diet-friendly words on earth, this monstrous sandwich was hardly going to be a health food.

With a total calorie count of 1,543 per portion, the snack comes complete with three ice cream flavours, sweets and gold plating, all inside a deep fried burger bun. 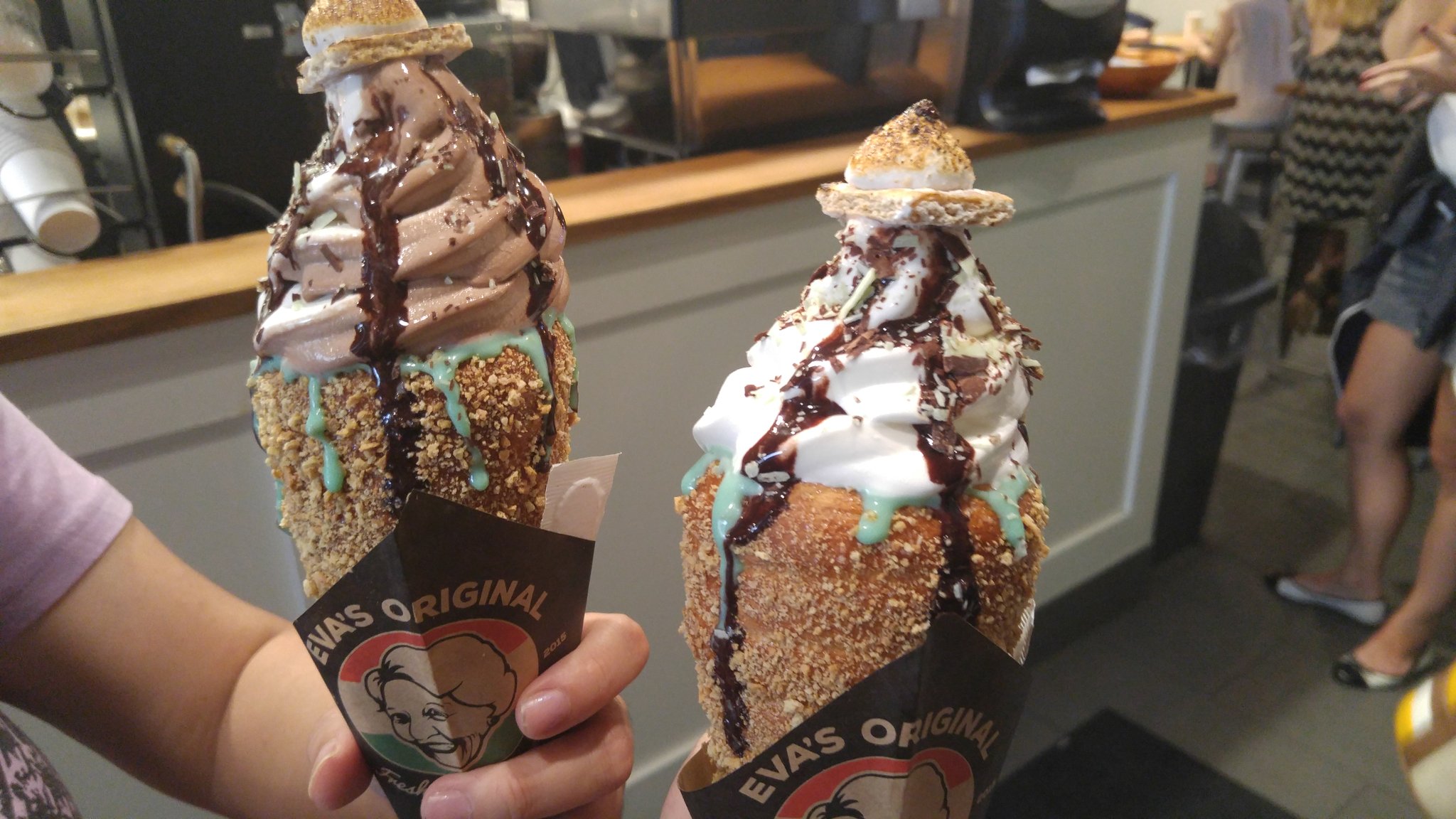 The Chimney Cones from Eva's are a staple of the Toronto food scene (Credit: Twitter/Minjastars)

Despite being in Canada, these colossal towers of pastry can actually be traced back to Eastern Europe. Based on Hungarian kürtőskalács, Eva’s chimney cones are stuffed with toffee, caramel, popcorn and pretzel in a 1,648 calorie sugar mountain. 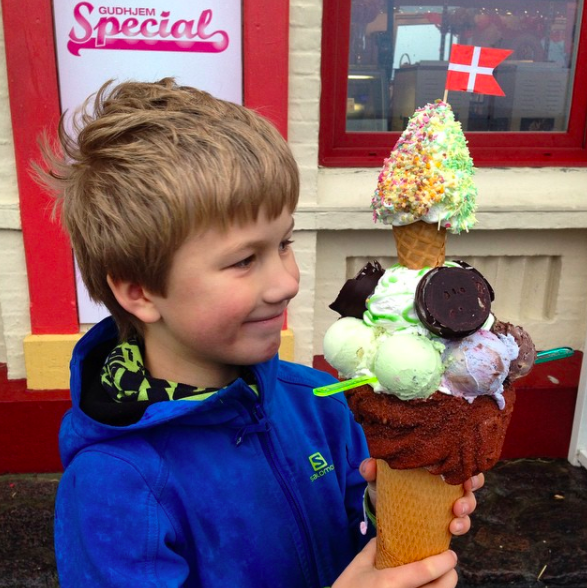 It may not have the most imaginative name on the list, but this Danish creation certainly earns its place in the top five. An enormous waffle cone is loaded with ice cream, tea cakes and sprinkles, before being topped with a smaller ice cream. Yours, if you can spare the 2,057 calories.

Check out our recipe for these delicious Pistachio Ice Cream Donut Sandwiches: 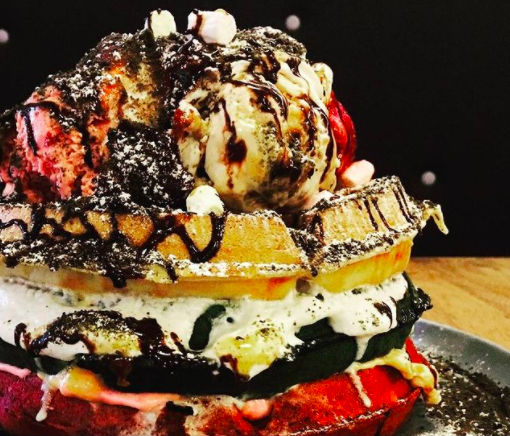 The S'moreflles challenge combines both s'mores and waffles (Credit: Instagram/theworkbenchbistro)

Stuffing yourself with incomprehensible amounts of sugar is not always a waste of time. For instance, if you can successfully polish off the 2,380 calories, waffle, Oreo, jam, cream and chocolate sauce stack that is the S’moreffles Supreme Challenges in 30 minutes or less, you could net yourself a $50 voucher.

Not to mention, diabetes. 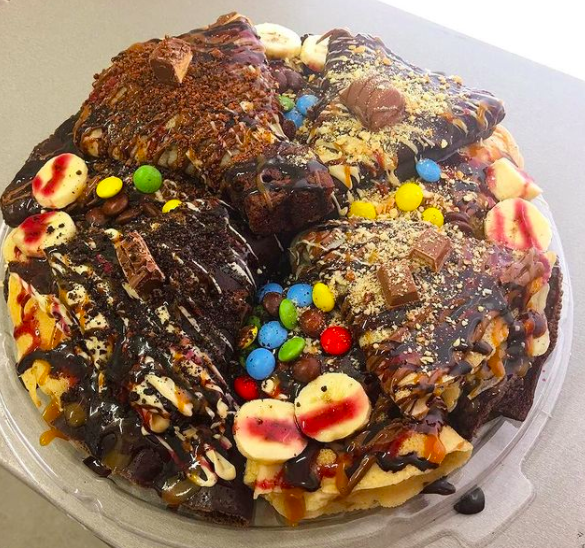 There are exorbitant pancake dishes all over the world. However, the undisputed kings of crepe-y indulgence are undoubtedly the Croatians.

Zagreb’s Milky Whey Challenge is over two kilos of batter, ice cream and chocolate sauce that tips the scales at a mind-boggling 2,388 calories. 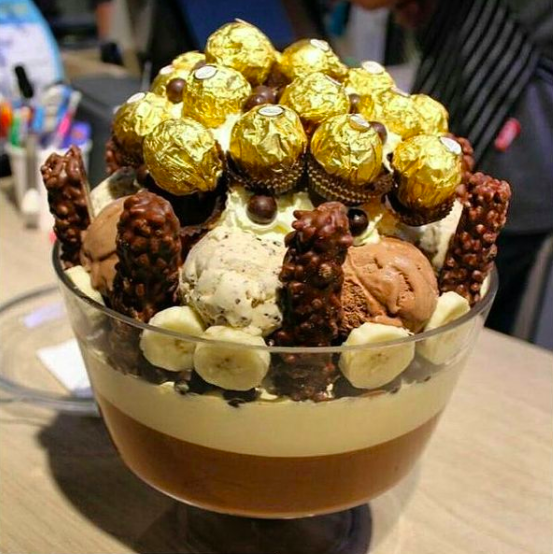 This enormous ice cream and chocolate combination is indulgent in every sense (Credit: Instagram/wanderingmorsels)

Since bursting onto the frozen dairy scene, MO & MOSHI have been wowing diners with their array of custom made sweet treats. The most infamous is undoubtedly their “supreme sundae”.

This dessert features 22 scoops of ice cream topped with waffles, brownies, chocolates or anything you care to mention. With a calorie count of 3,587 calories, it takes something serious to pip this dish to the top spot. 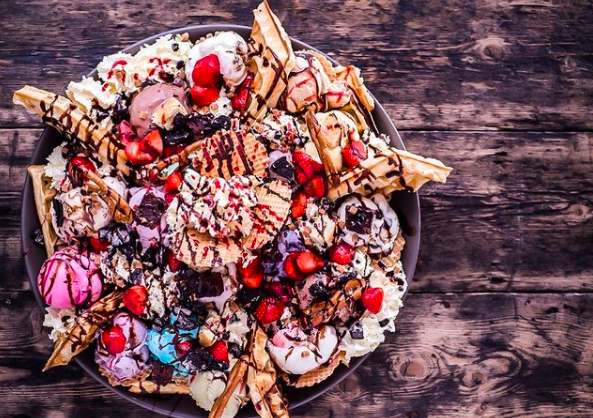 The Roman Empire at Coco Gelato is the most indulgent dessert on earth (Credit: Instagram/cocogelatouk)

18 scoops of homemade gelato sit on four hot waffles, drowned in a collection of chocolate bars, fresh fruit, brownies and syrups in a 3,845 calorie testament to sugar.

The Roman Empire has become so beloved that it helped Coco Gelato win the coveted title of best dessert restaurant in Wales. This is one pudding that has the pedigree and the ingredients to earn the title of world’s most indulgent dessert.

READ MORE: What is the most expensive chocolate?

No meal is ever really complete until you’ve sampled something sweet. If you’re ever going to treat yourself, these 10 are the best excuses you’re ever likely to get. We can guarantee that you won’t have seen anything like them before.