What does the army eat while away on duty? From the British forces to the US troops

In the grand scheme of concerns about our military, wondering "what does the army eat" might not seem particularly pressing.

But, as Napoleon Bonaparte once said, an army marches on its stomach. Therefore, paying attention to what's on the menu is probably more important than you might think. 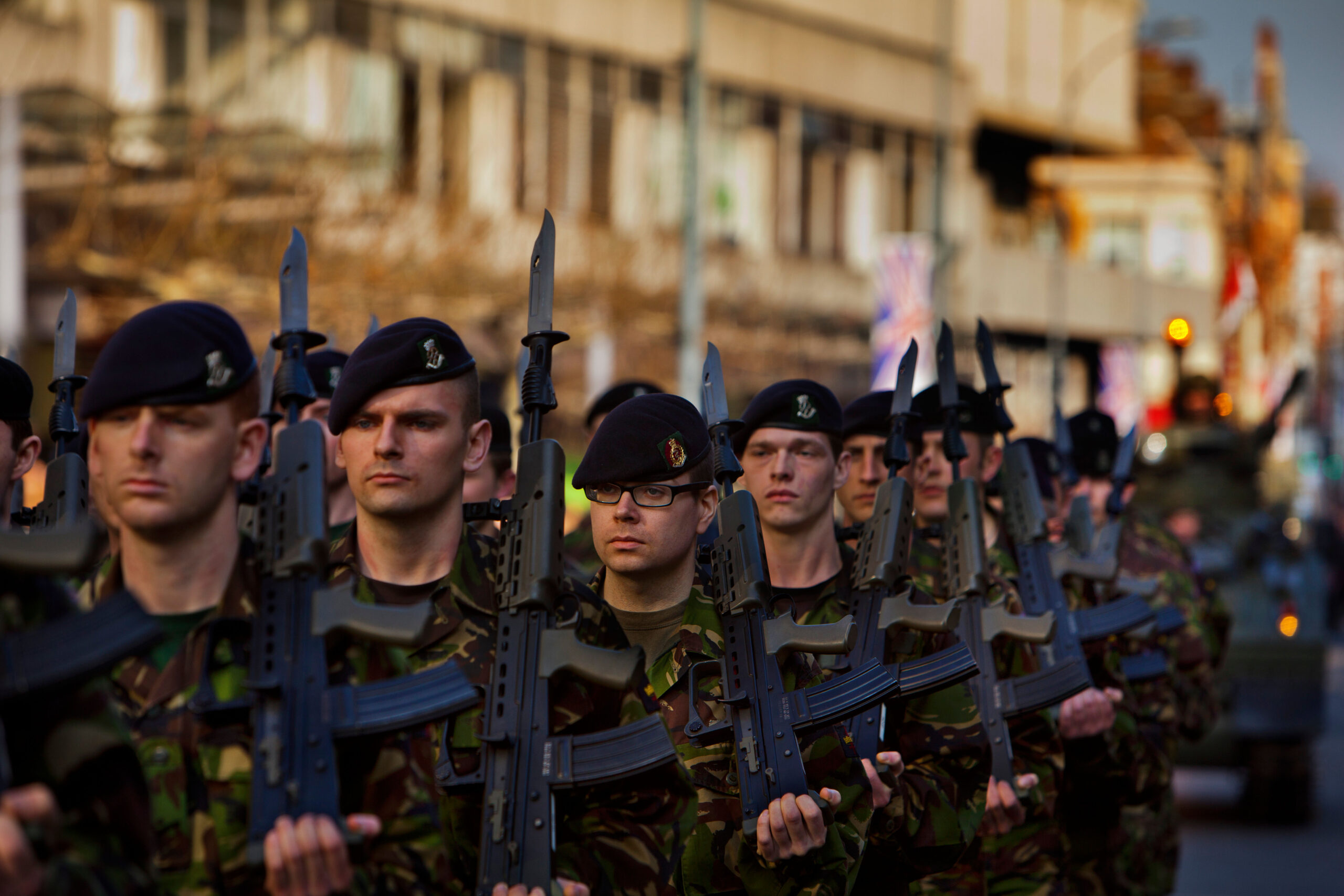 Many people wonder what the army eats (Credit: Alamy/Barry Lewis)

What does the army eat?

Soldiers are like everyone else, in the sense that if you serve them something delicious, their mood will dramatically improve.

Read More: What do people eat on Christmas Day around the world?

You might think that this is a tricky thing to do in the heat of battle. However, surprising as it may seem, food on the frontline isn’t necessarily as bleak as you might imagine. Here's what some of the armies around the world eat while they're on duty. 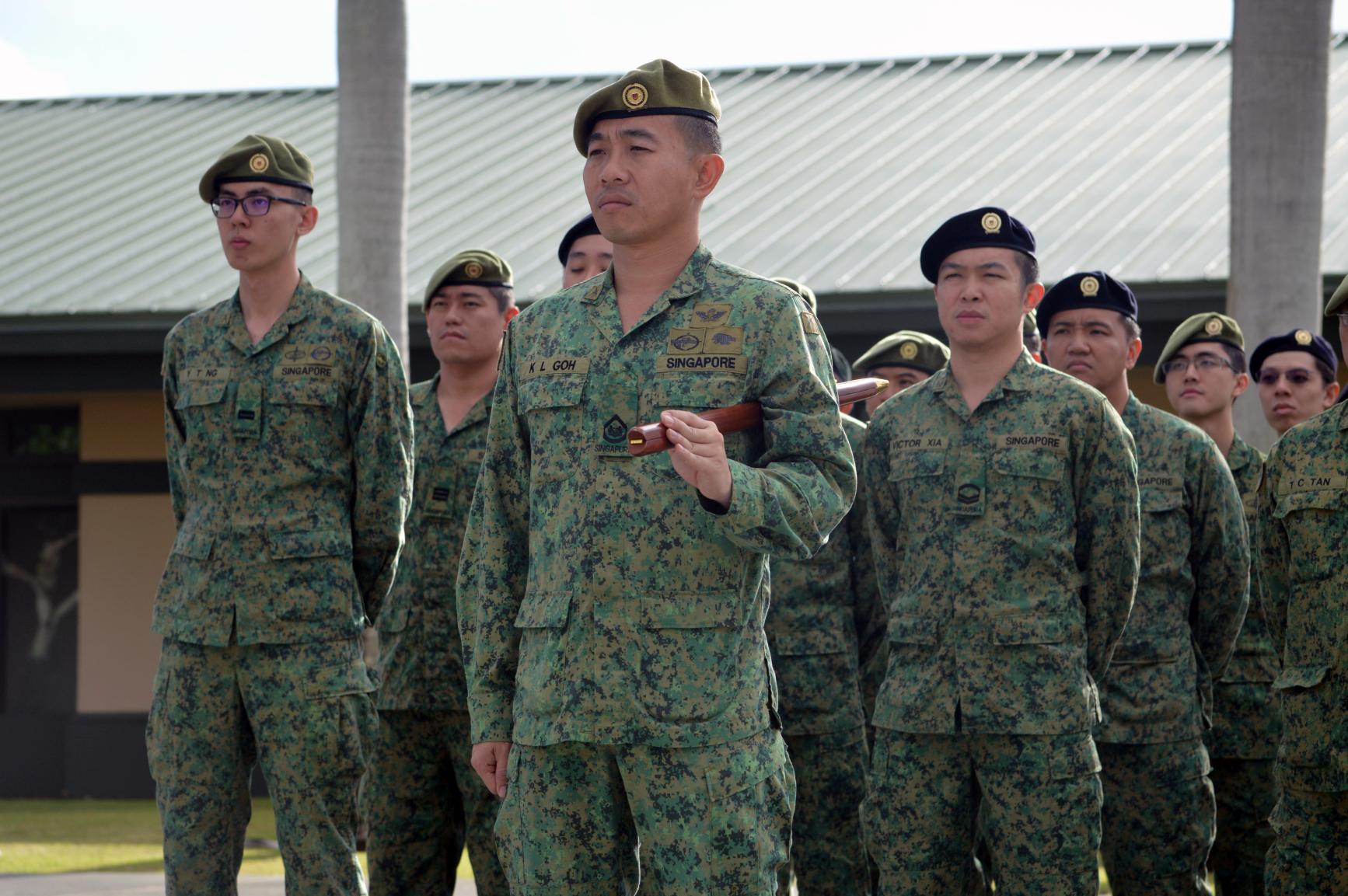 With a reputation for high-quality cooking, it should come as little surprise that the Singaporean armed forces enjoy some top-notch rations.

Highlights from the menu include Mongolian fried noodles, chicken masala rice and a dessert made of peanuts and lotus root. Though the portions themselves may be a touch on the small side, fried noodles in the field must be an extremely welcome relief. 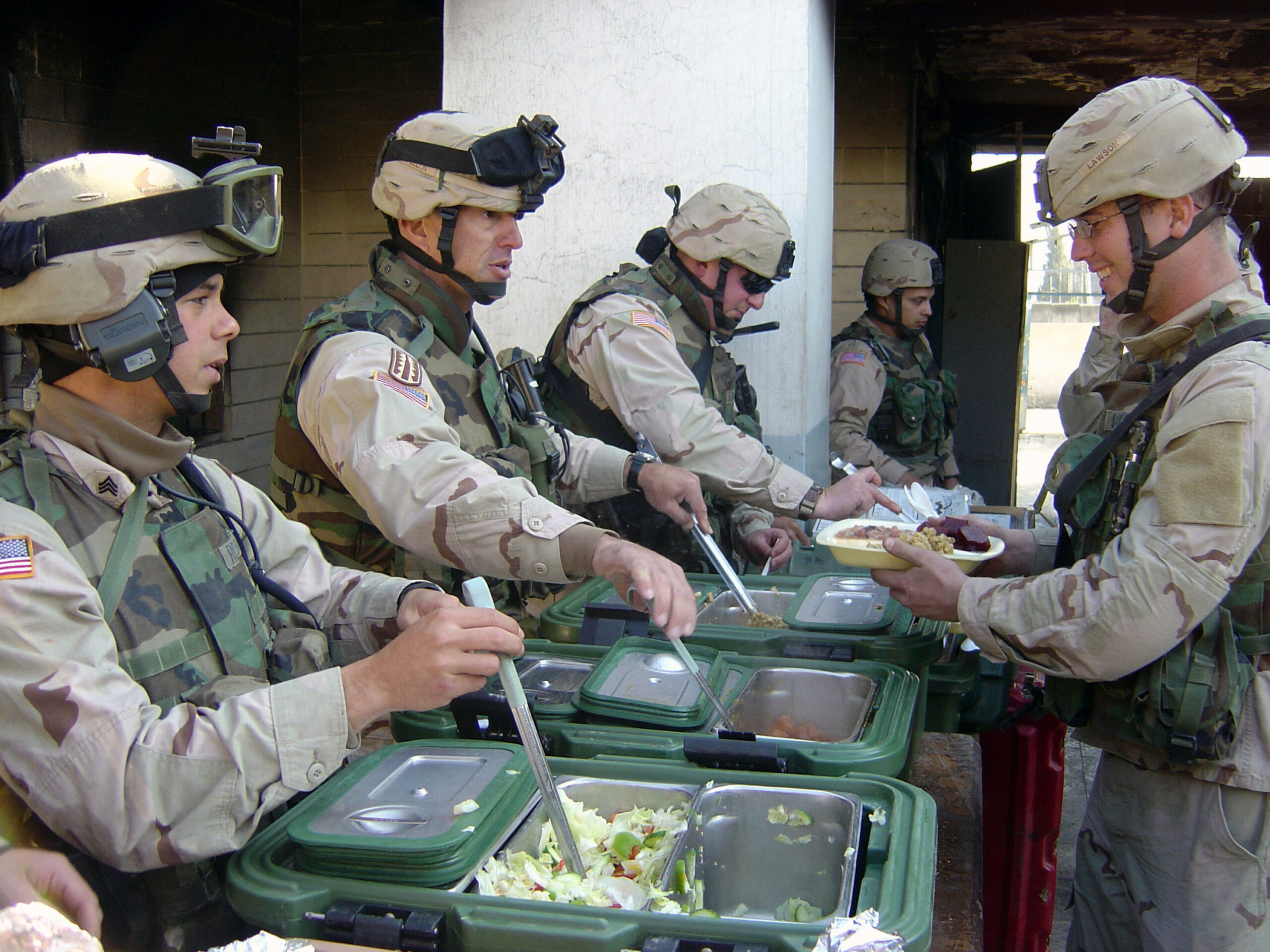 With the largest military on the planet, America has had to come up with some innovative foodie options to keep its vast numbers of troops happy. Dishes such as Almond poppy seed pound cake, cranberries, spiced apple cider and peanut butter with crackers help to give American soldiers a taste of home.

However, the coup de grace of US army development chefs has to be the recent creation of a three-year pizza. If anything’s going to inspire you to attack, it’s got to be an indestructible slice of ultimate comfort food. 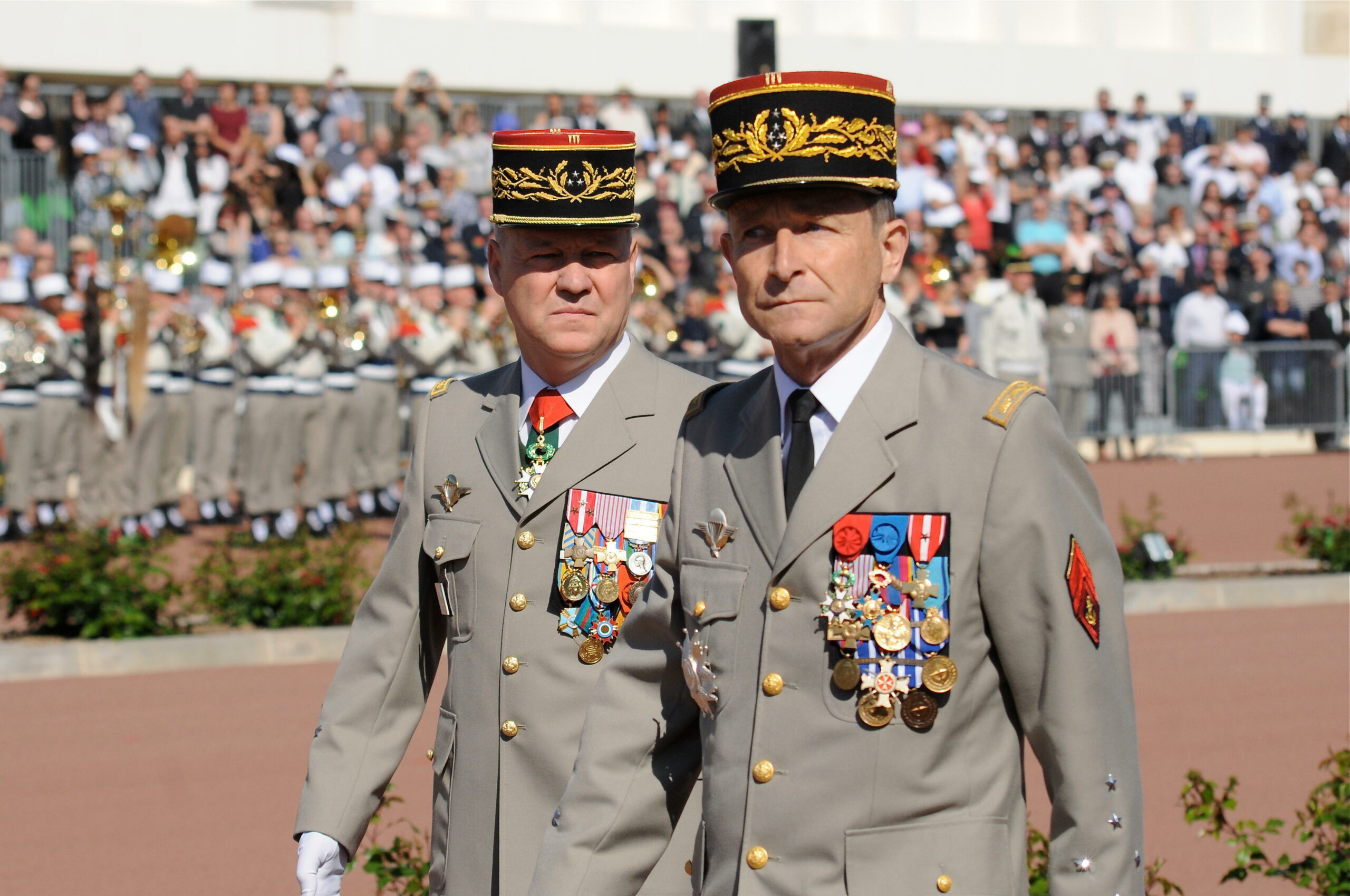 You can rely on the French to produce the most indisputably sophisticated ration pack on the market. Venison pate, duck confit with a bean cassoulet, creole cooked pork and a creme chocolate pudding sounds more Michelin than military.

The added treat of a touch of Dupont D’Isigny caramel is really the cherry on top of an already delicious cake. The Twisted team are off to the continent to enrol asap. 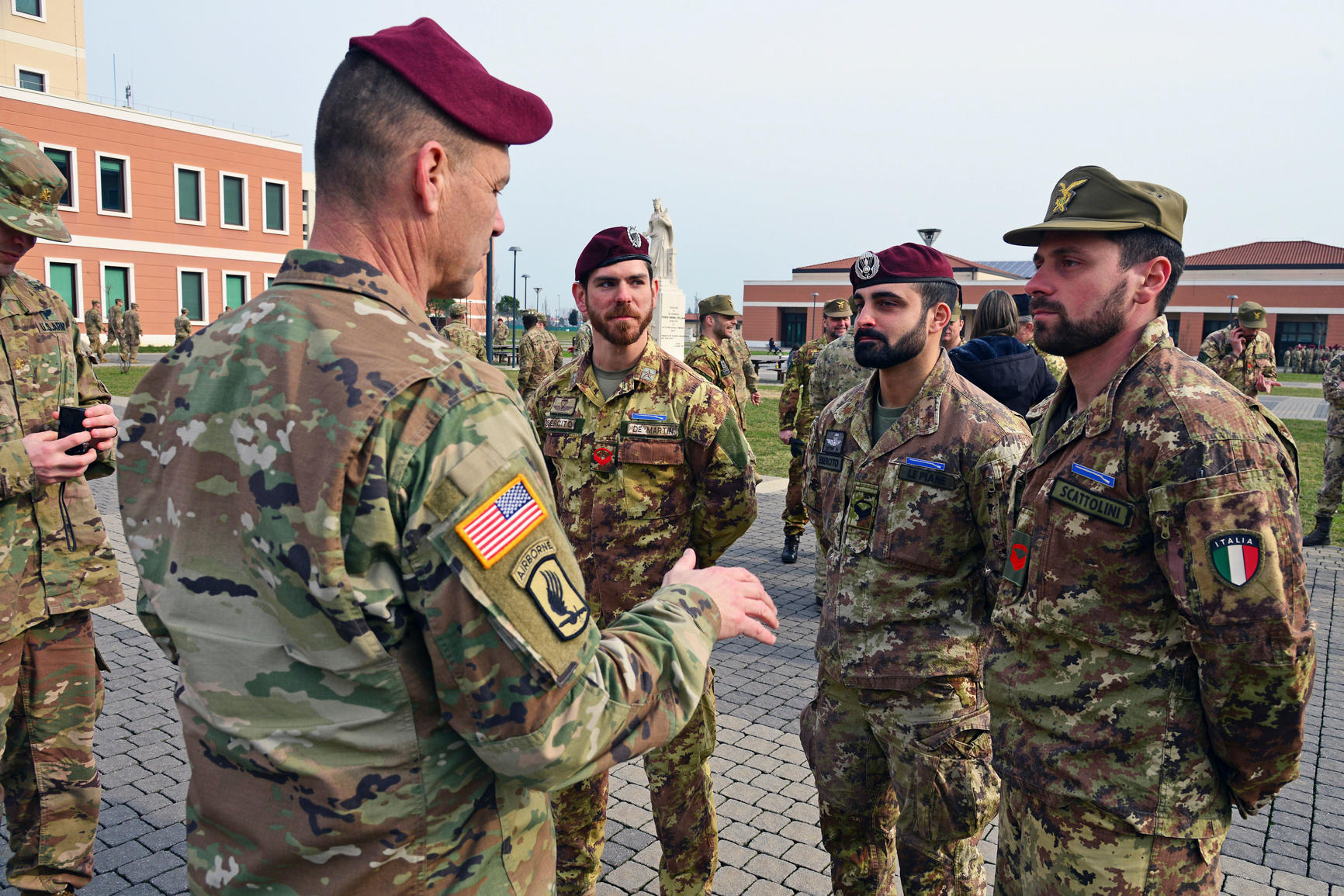 If their menu is anything to go by, it could be argued that the Italians have a much more fun attitude to soldiering than some.

In addition to Italian staples of pasta, biscotti and rice salad, the ration pack also comes with a 40% abv. proof cordiale as a “breakfast shot”. It seems as though Dutch courage plays a key role in Italian military tactics. 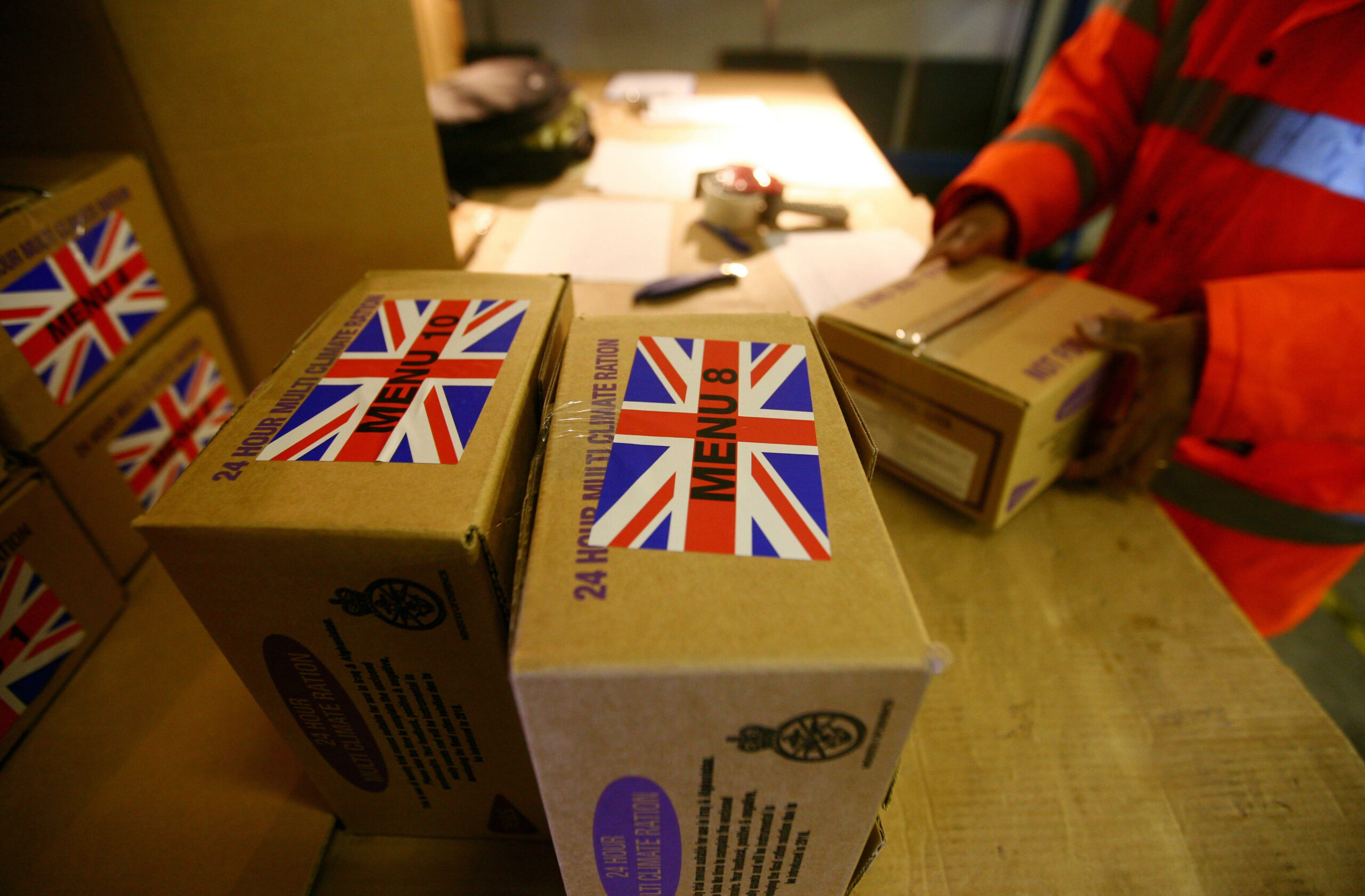 The British ration pack is probably the most heavily sponsored of any army in the world. Household brands like Kenco coffee, Tabasco sauce and Typhoo tea make their way into the bag, alongside the classically British chicken tikka masala.

It is also perhaps the most “snacky” military, with sweets, mints and treats galore for every soldier. 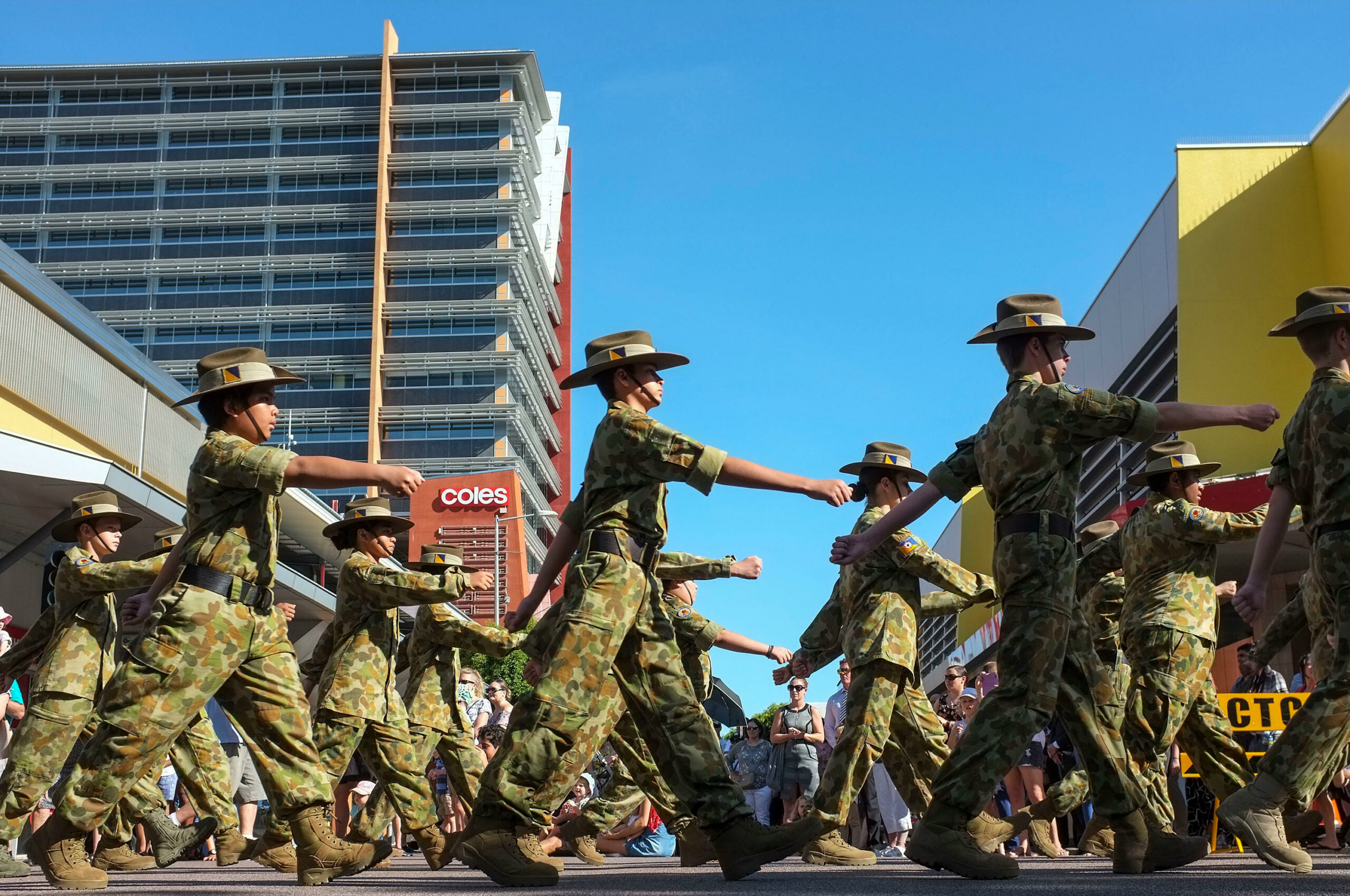 Perhaps owing to their British ancestry, the Australians may be the only army that can rival the UK’s strong snack game. Vegemite, jam sandwich biscuits and tubes of condensed milk make up much of the ration.

Less delicious-sounding, however, is the rather vague “chocolate ration”, an unappetising tube of squidginess that perhaps damages the overall reputation of an otherwise strong pack.

Read More: What foods should not be microwaved?

Given While the prospect of reheated long-life dinners may not be appealing to everyone, it’s impossible to deny that some of the options displayed here sound delicious.

If World War Three does break out over the next few years, citizens from these nations can at least be assured of some tastiness on the food front.