Where is Jamie and Jimmy's Friday Night Feast filmed and can I visit?

Given that filming for Jamie and Jimmy's Friday Night Feast usually takes place in a crowded cafe, the last 12 months have clearly not been ideal for the production team.

However, thanks to some fortuitous scheduling and hard work, the 2021 series has been able to go off, with a few adjustments.

READ MORE: What happened to Jamie Oliver's restaurants? Here's where it all went wrong.

Still, the sight of so many people sitting down to tasty treats is understandably making some viewers jealous.

So, where is Jamie and Jimmy's Friday Night Feast filmed and can you visit? Here's what you need to know. 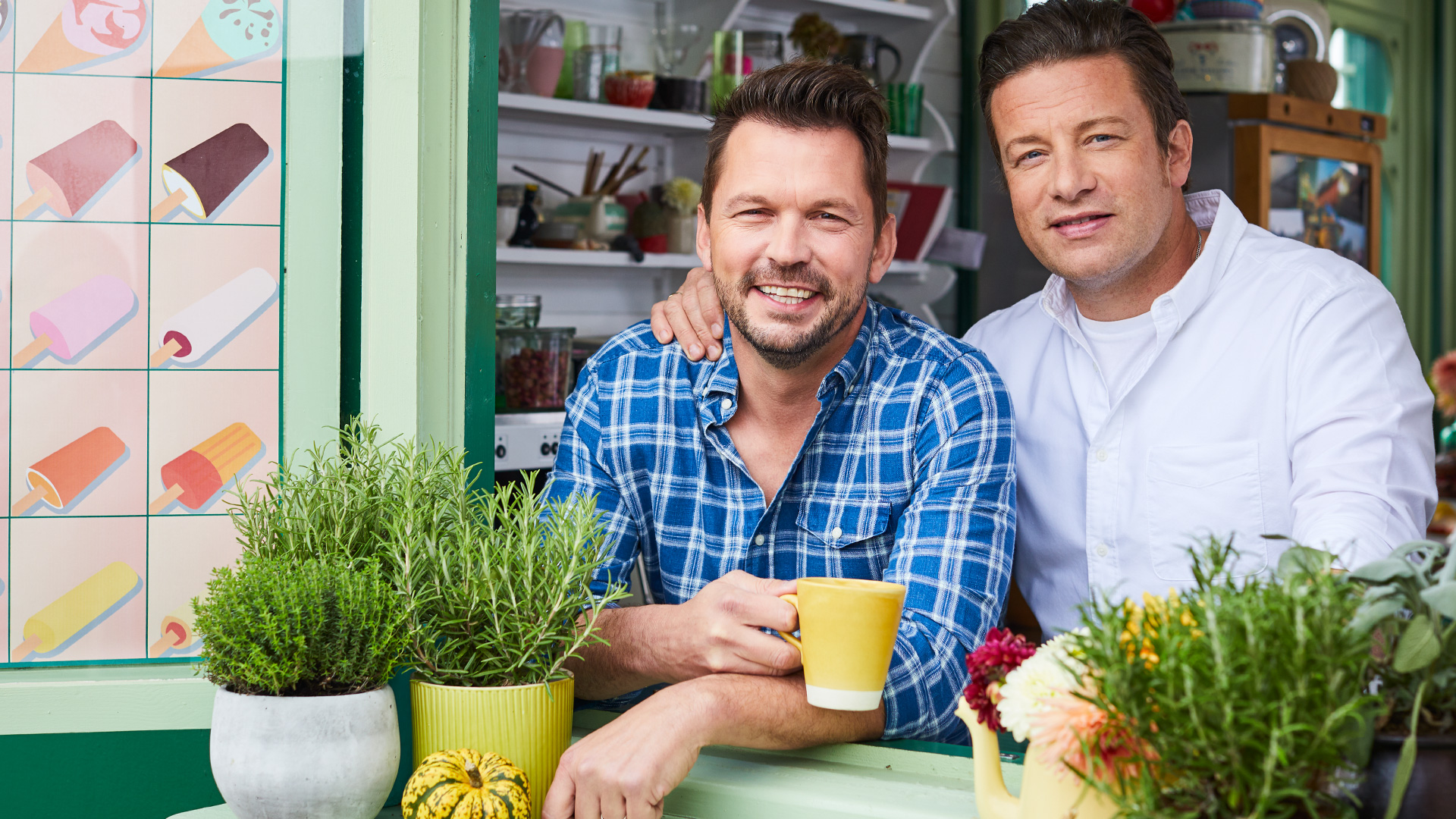 Where is Jame and Jimmy's Friday Night Feast filmed?

The show famously takes place on the end of the iconic Southend Pier.

Each season, Jamie Oliver and Jimmy Doherty temporarily open up a popup cafe, accommodating celebrity guests and member of the public.

Interestingly, the cafe set itself is actually built on the site of the old Southend Pier cafe, which was one of the few pier attractions to survive a major fire in 2005.

In most years, the Channel 4 team convert the cafe into a film set for two activity-filled weeks. During this frantic period, celebrity guests descend on Southend, along with film crews and, of course, Jamie and Jimmy themselves.

In 2020, social distancing concerns amid the pandemic cut short filming for the latest series.

However, not only were producers able to shoot four episodes before shutting down production, but it seems as though the crew will be able to return to set for the next series.

We'll keep our fingers crossed that everything goes according to plan. 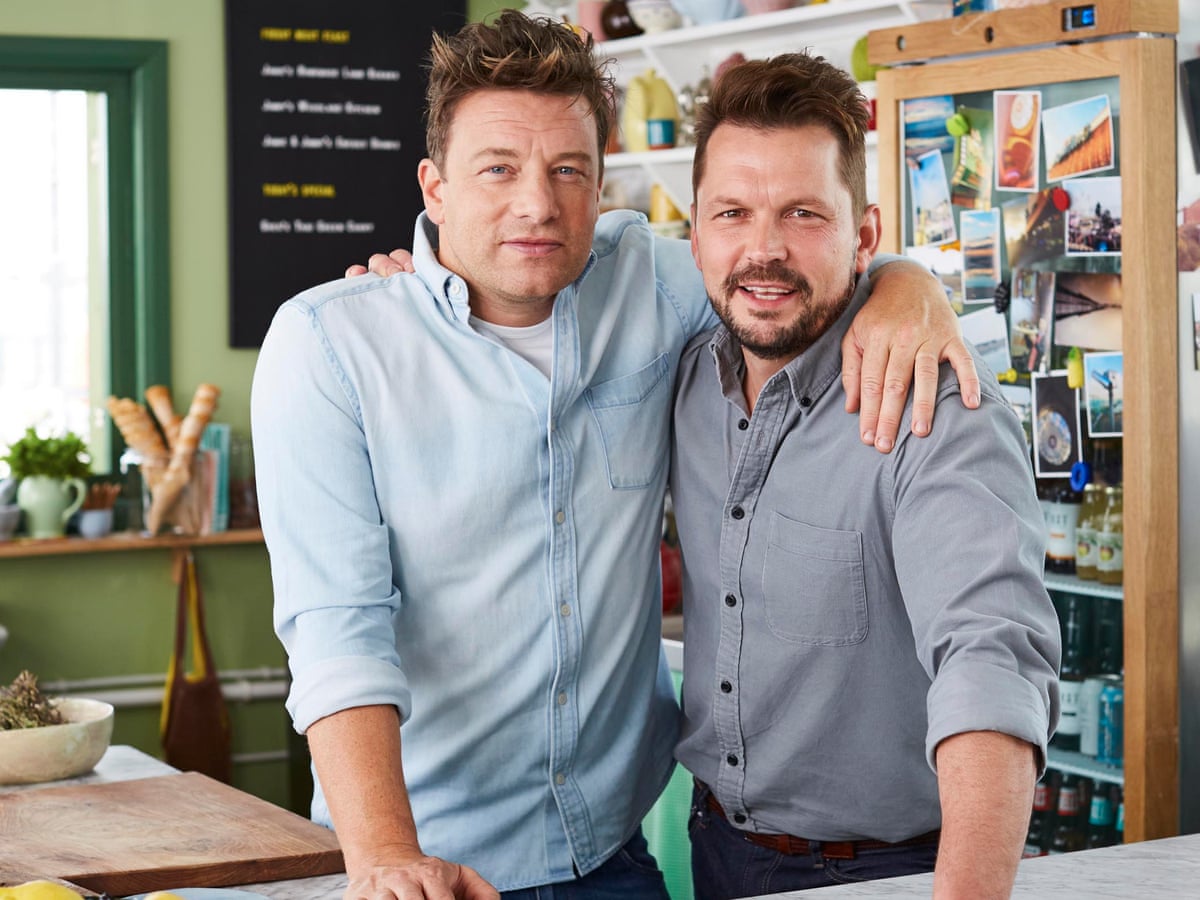 Can you eat at Jamie and Jimmy's café?

Since it isn't a conventional restaurant, eating at Jamie and Jimmy's cafe isn't as simple as booking a table and turning up.

In fact, if you want to make it on set, guests have to apply to be extras through Channel 4. This somewhat tempers the jolly romance you see on screen.

However, there is a way you can eat on location - so long as you're willing to forgo meeting Jamie Oliver.

In a recent statement, local councillor Kevin Robinson confirmed that the cafe is actually in use as a tea room throughout the year. This allowed the community to recoup the losses that would have been offset by the Friday Night Feasts production.

Speaking about the series' postponement in 2020, Robinson revealed:

“Jamie and Jimmy’s Friday Night Feast is obviously very popular locally, with many residents wanting to get a glimpse of the stars that join the celebrity chefs on set.

“We are of course disappointed to hear the news that it will not be going ahead this year, although we believe that to be the correct decision given the challenges with social distancing in what is a fairly small café.” 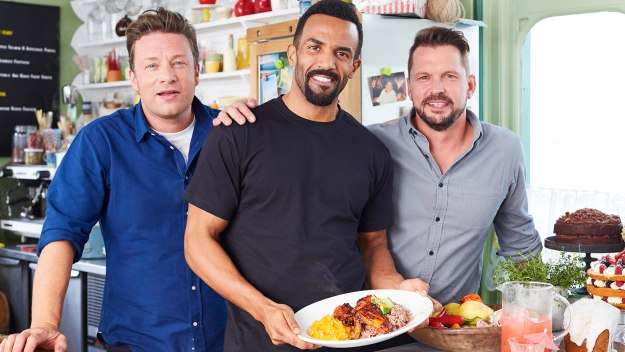 Are Jamie and Jimmy really friends?

While many believable onscreen relationships are faked for the cameras, Jamie and Jimmy really are great friends.

The pair have been close since childhood. In an interview with the Radio Times, for instance, they couldn't agree whether they had met when they were three or one.

Back in 2003, off the back of his successful burgeoning TV career, Jamie Oliver loaned his friend with the funds to buy his first pig farm. These funds allowed Doherty to set up the now-famous Jimmy's Farm and become a star in his own right.

In 2018, Oliver confirmed that he should have chosen Doherty to be his best man back in 2002. As he told The Daily Mail, "Should have been Jimmy really. If I was getting married again I’d have two or three best men."

Even if you're not a fan of Friday Night Feasts, the duo are definitely in the running for TV's biggest bromance. 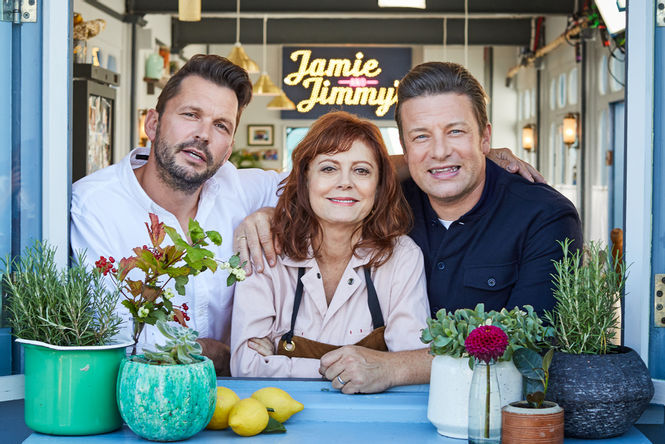 Where can I watch Jamie and Jimmy's Friday Night Feast?

The current series of Jamie and Jimmy's Friday Night Feast is airing on Channel 4.

The final episode of the series, starring Hollywood legend Susan Sarandon is dropping this Friday at 8 PM.

All four episodes of Series 8 are also available on-demand via the Channel 4 website.

If you want to combine cooking inspiration with nostalgia for cafe's, this show is hard to top.