10 Netflix cooking shows you need to watch in 2021

If there was ever a time to catch up on Netflix cooking shows you might have missed, it's now.

With the second COVID wave well and truly upon us, we're all going to be spending a lot more time on the sofa. It stands to reason, then, that we should make this time as mouthwatering as possible.

To help make the next few months as enjoyable as possible, we've pulled together our picks for the 10 best Netflix cooking shows. Whether you're a travel-obsessed street food nut, or you crave simply delicious home-cooking, there's something on this list for everyone.

Here are 10 Netflix cooking shows you need to watch before the end of 2020. 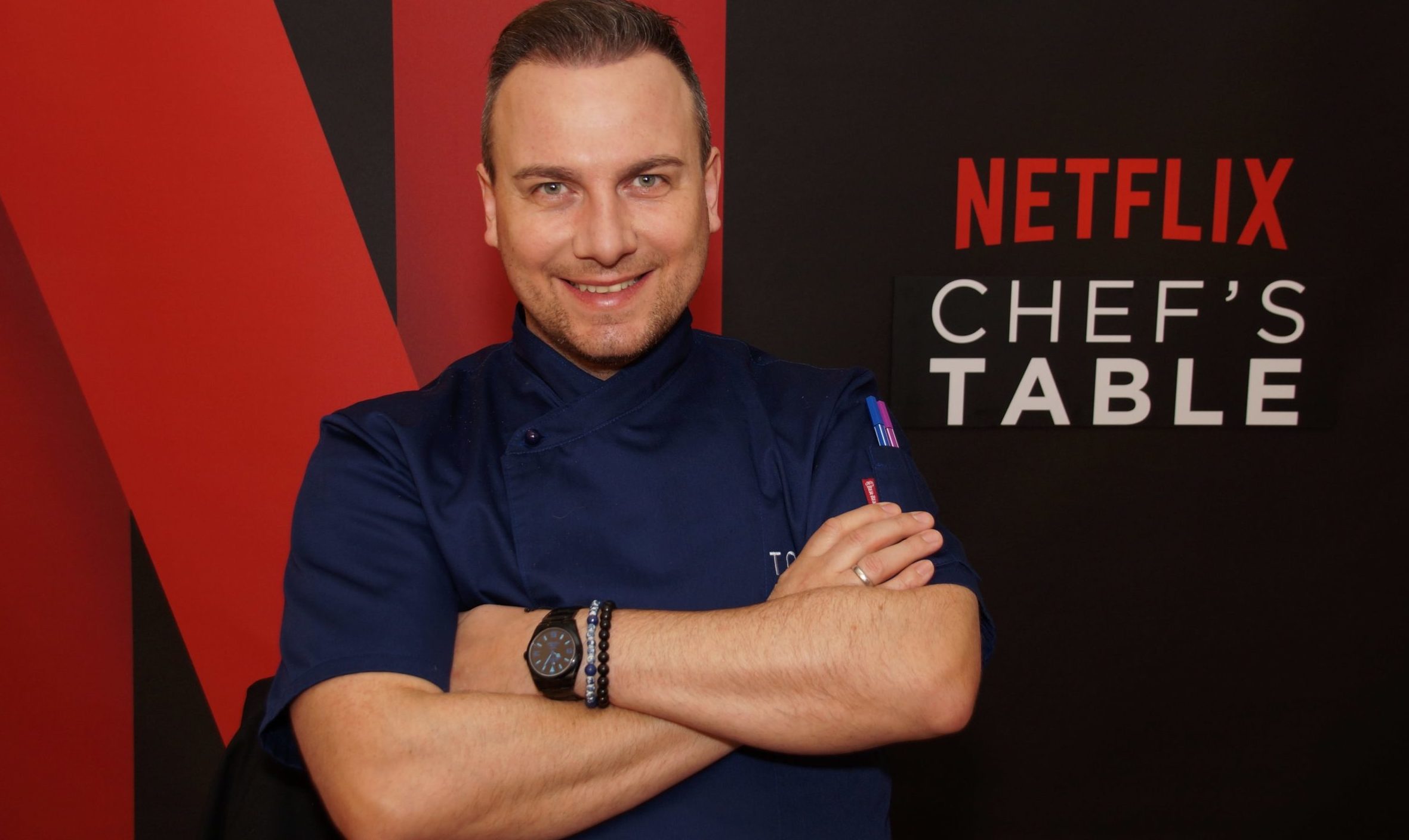 Chef's Table is one of the best Netflix cooking shows (Credit: PA)

Its self-serious style might have become a bit of a joke, but there's no denying that the stunning food cinematography makes Chef's Table a real feast for the senses.

An antidote to the portentous Chef's Table, David Gelb's foray into the global street food scene is equally gorgeous and significantly less haughty. This makes for a glorious combination.

Perfect for anyone who's hungry for travel, Street Food's two series span Asia and Latin America. If you want to enjoy beautiful-looking dishes beyond the world of fine-dining, this is the show for you.

Dave Chang's thesis on cooking, culture and, most importantly, deliciousness, made a real splash when it debuted in 2018, and it's easy to see why.

Part food show, part travel guide, part history lesson, Ugly Delicious showcases nuanced and informative discussion around some of the world's favourite dishes. As poignant as it is hilarious, this is food TV with a twist. 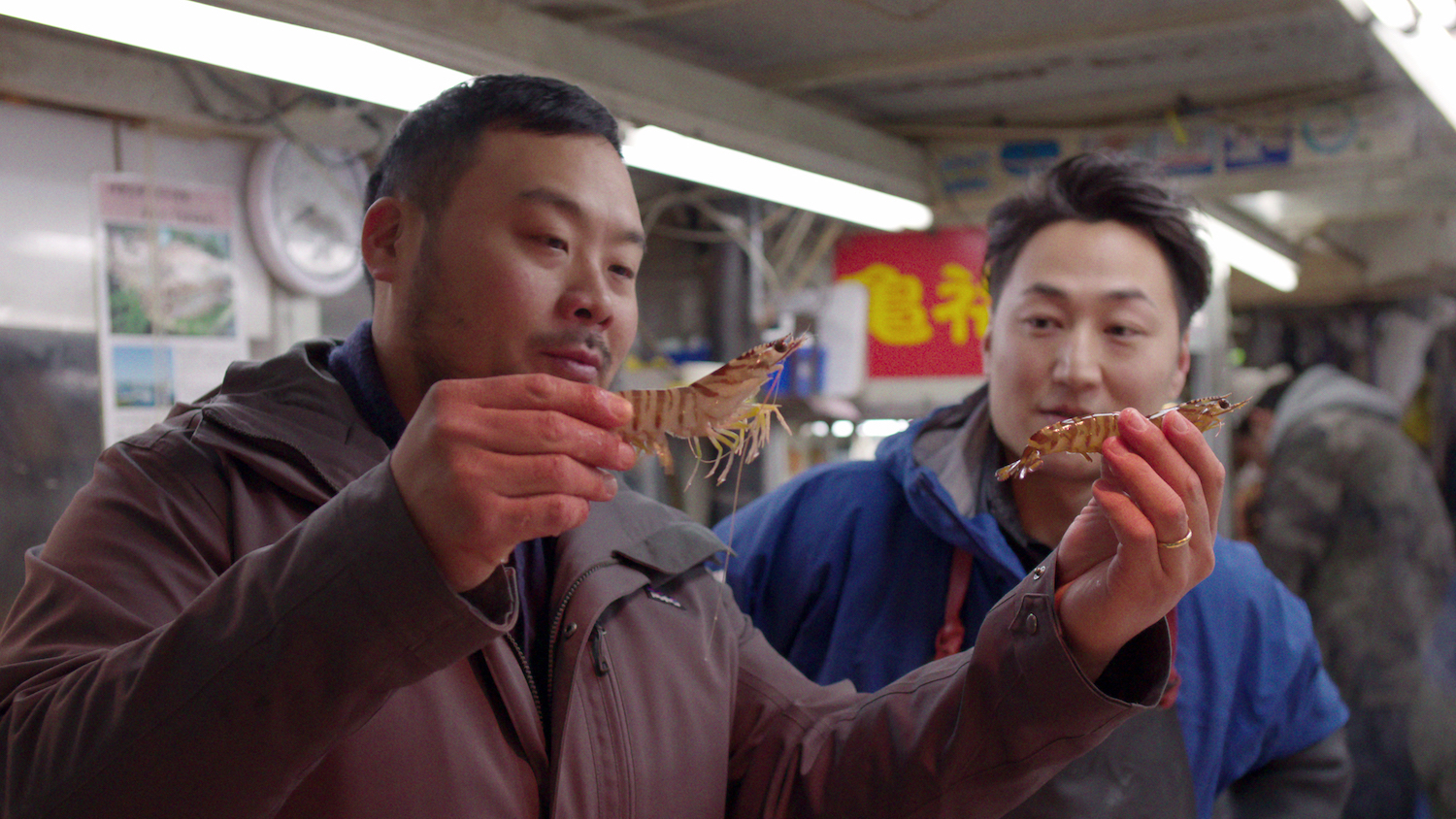 Ugly Delicious is one of our favourite Netflix cooking shows (Credit: Netflix)

The food world lost one of its most powerful and prescient voices when Anthony Bourdain passed away in 2018. After a few minutes of Parts Unknown, you'll realise exactly why the late chef's death was such a tragedy.

Bourdain takes viewers by the hand through jungles and cityscapes, revealing the planet's most delicious food in the process. In many ways, the meals are almost incidental. Parts Unknown is a full-blown travel extravaganza.

Thanks to tight budget constraints, British cooking shows often have an earnest, understated, bumbling air about them. Netflix's The Final Table, on the other hand, couldn't be more over the top if every contestant wore a jacket made of fireworks.

The premise of the show pitches 12 international chef teams against each other, cooking food on a set that looks like it was rejected from Star Trek: Discovery. It might be ridiculous, but it's definitely entertaining. 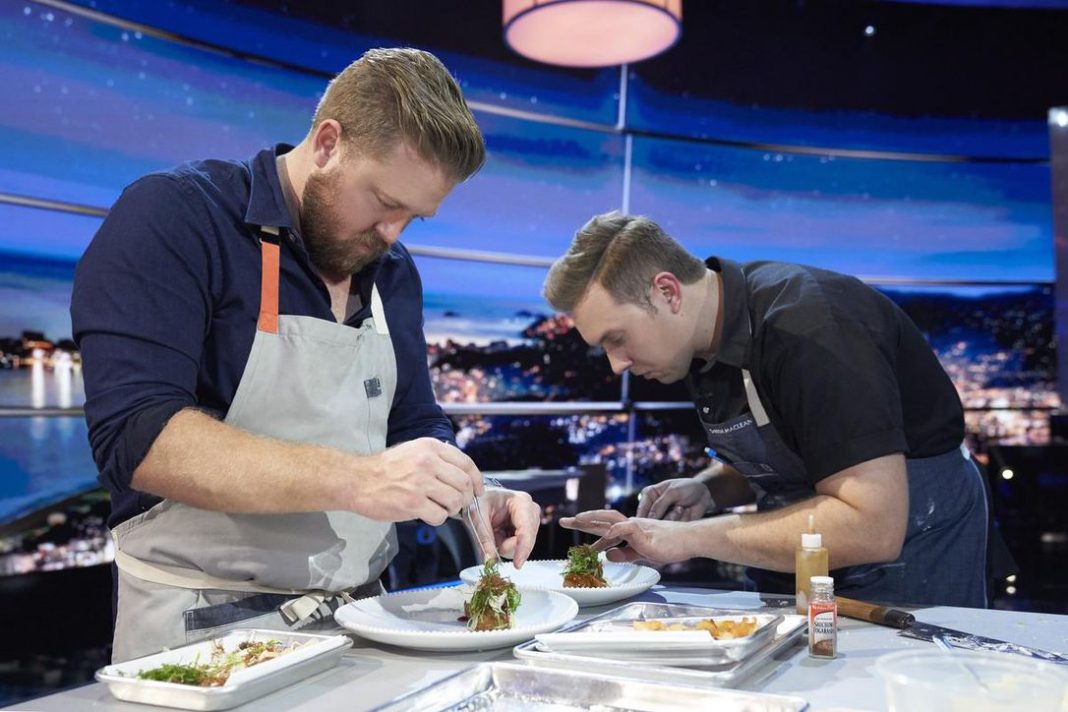 The Final Table is a huge fit on Netflix (Credit: Netflix)

It might not be a "cooking show" in the strictest sense of the term, but there's no doubt that Netflix's alarming documentary series is essential viewing.

Focusing on the unscrupulous side of food production, the show reveals the darkness at the heart of what we buy. It remains a must-watch for any conscientious shopper.

On the other hand, if you want to revel in the joy of food, Samin Nosrat's "Salt Fat Acid Heat" is an absolute treat.

Despite being only four episodes long, the show exemplifies everything that's exciting about cooking, while also providing a new mantra for cooks everywhere. Nosrat's effervescent personality only makes the whole thing more enjoyable. 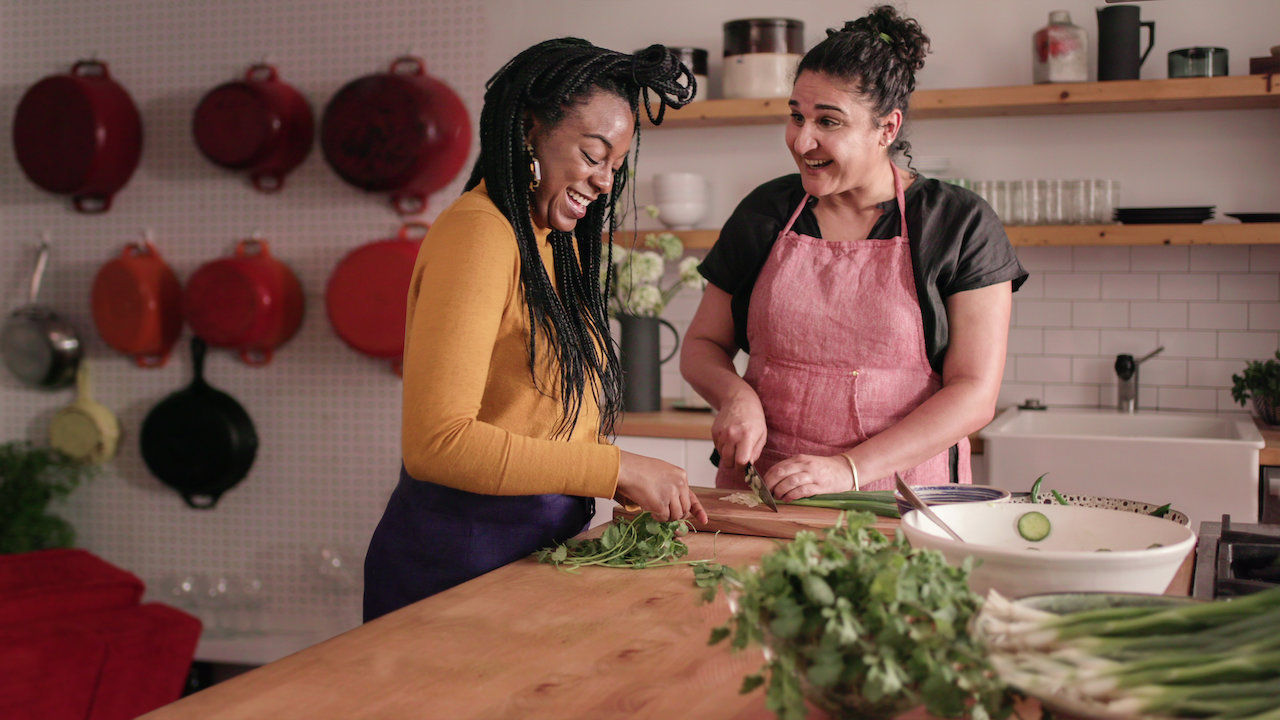 Essentially an excuse to watch Favreau eat his way around the country in the company of his close friends, The Chef Show is still an incredibly soothing viewing experience. In these troubled times, it really hits the spot.

Watch the official trailer for The Chef Show here:

Essentially a more light-touch alternative to Anthony Bourdain's inimitable "Parts Unknown", "Somebody Feed Phil" is about as enjoyable as travel and food television can get.

Featuring incredible meals from around the world, the show is ideal for anyone who wants to add to their foodie bucket list. It's certainly a great way to draw up an itinerary.

If you're anything like me, there's nothing funnier than a noble failure. In "Nailed It", Netflix's self-effacing answer to the "proper" cooking shows, you'll find plenty to laugh about.

The show simply documents useless bakers various inept attempts to make difficult cake designs. In the wrong hands, it could be cruel. In this instance, however, it's just great fun. 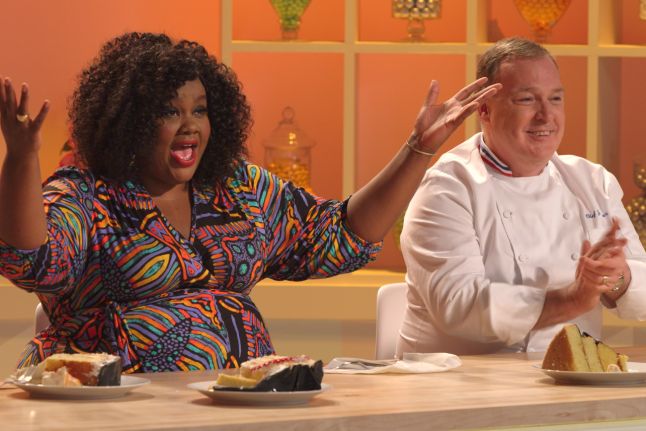 Have you seen the latest series of Nailed It? (Credit: Netflix)

Even though it can be torture, everyone enjoys watching something delicious. Especially now, living vicariously through someone else's appetite is always a pleasure.

Whatever you're hungry for, these 10 shows will definitely leave you satisfied.