Bubala is a restaurant that's going places. The acclaimed East London eatery was one of 2019's most exciting openings, and it continues to capture the public's imagination.

Walking the tightrope between trendy and quality is a difficult balancing act for any restaurant. But, boasting a social media following that would make most bloggers blush, as well as a range of stellar reviews from some of the biggest voices in food, it's a trick that Bubala is managing to pull off.

It also just so happens that the restaurant is completely vegetarian.

In order to understand why Bubala is the benchmark for modern vegetarian dining, I sat down with head chef Helen Graham. As quickly became clear, what it means to be a modern vegetarian restaurant has evolved considerably. In fact, there's probably never been a better time to be a veggie. Here's why. 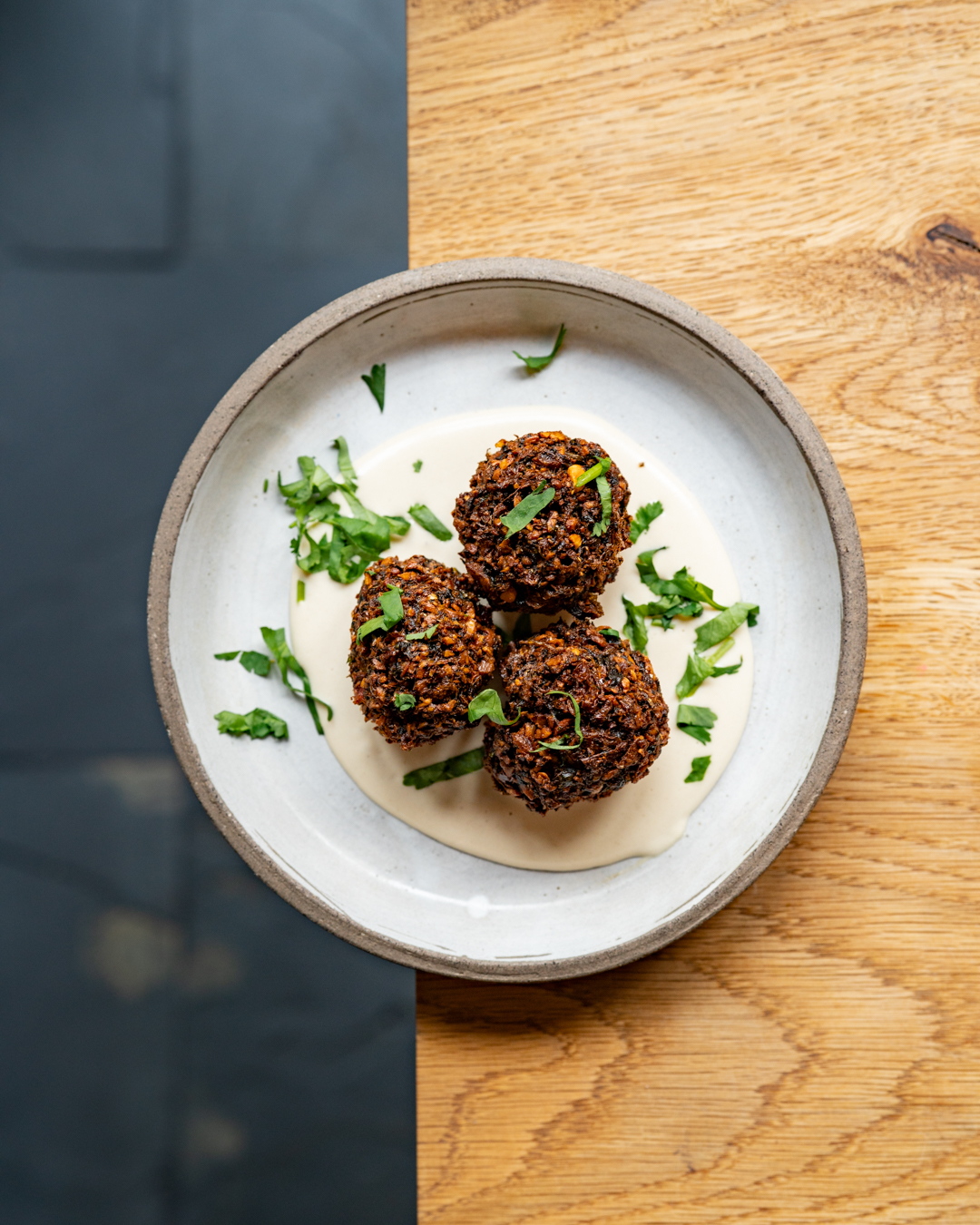 Bubala is one of London's most popular restaurants (Credit: Bubala)

How vegetarian dining has changed

One of the most noticeable changes in the vegetarian restaurant scene is choice. As Graham explains to me over the phone: "When I was growing up, you just had Mildred's or... I mean, that's it, really!... It was quite a niche thing and I guess it was really difficult to find somewhere that was exciting."

Today, whatever your taste, there is a good chance that you can find a vegetarian option. From high-end plant-based experiences to deep-fried vegan street food, veggie dining is embedded in every area of the industry.

For Graham, one of the most important developments was the collective move away from the idea that vegetarian cooking is all about health. After all, going on a health kick isn't necessarily going to deliver flavour.

READ MORE: Fuku's Anna Sung reveals why Manchester is the next street food capital of the UK

"I was brought up on butter, fat, pastry and potatoes," she reveals. "There was no quinoa to be found in my household!

"My parents come from an Eastern European background, and I worked at restaurants like The Palomar... It wasn't really something I was interested in. I just wanted to maximise flavour... (health) was never my interest or expectation."

This concept, prioritising flavour over perceived health benefits, can be found across the Bubala menu. Dishes like Fried Aubergine, Zhoug & Date Syrup and Hispi Cabbage, Tahini, XO & Crispy Chilli Oil prove that you don't need meat to make something delicious.

Judging by the response, the approach is clearly reaping rewards. 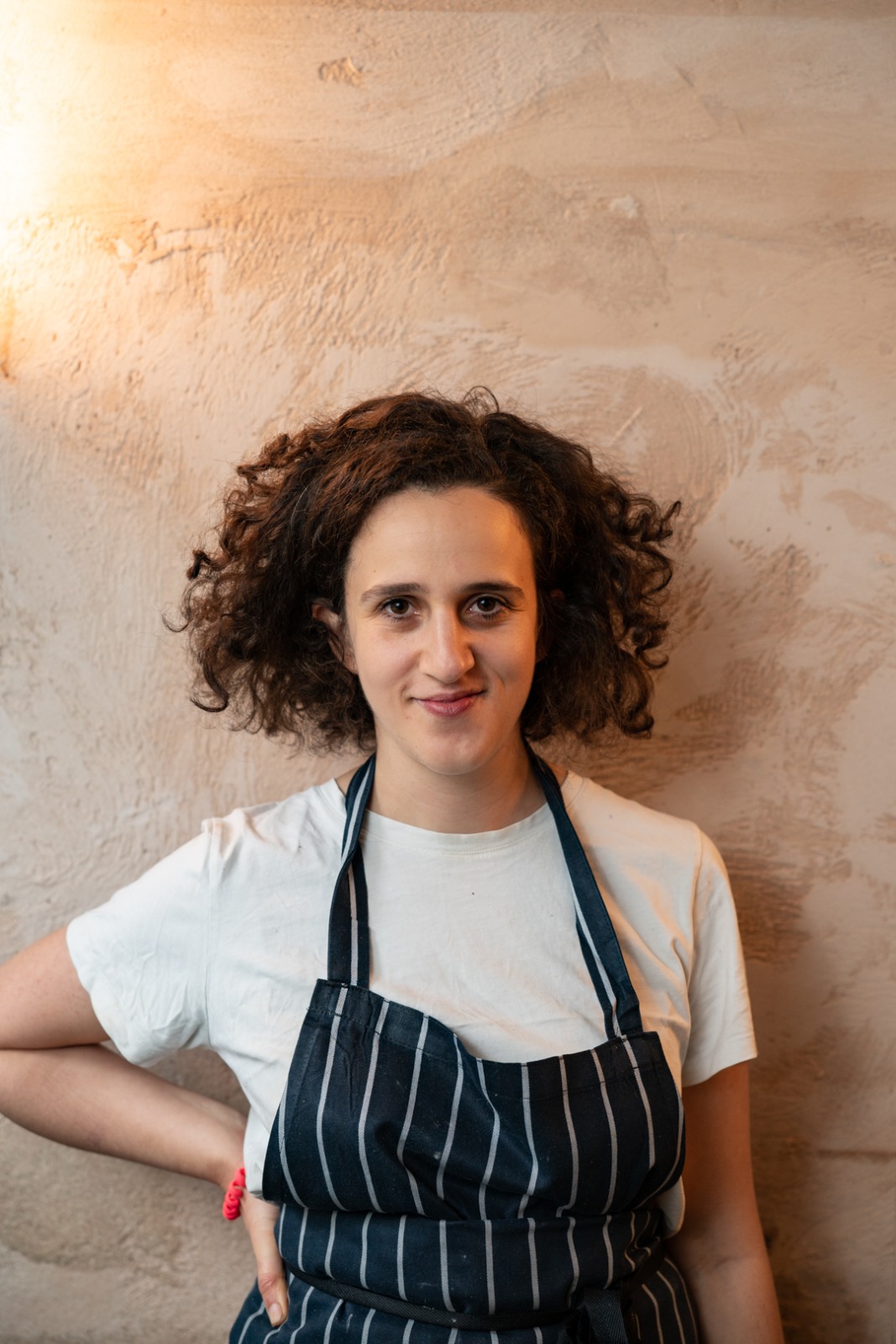 In the past, many plant-based restaurants would have placed their vegetarianism front and centre. This is not the case with Bubala.

If anything, the restaurant's approach is more incidental than ideological. For her part, Graham remains a proud meat-eater when she's not on duty.

In fact, despite being at the forefront of British vegetarian cooking, Graham tells me that there is no way she could personally live without meat.

As she reveals: "At home, I don't really eat that much meat – only when I really crave it. But it's things like anchovies that are real flavour bombs that I don't think I would be able to give up."

However, she feels inspired by the creative constraints of working in a vegetarian kitchen.

She explains: "The creativity involved in creating a vegetarian menu is actually a lot more challenging than meat or fish."

This attitude is increasingly prevalent across many UK kitchens. Graham says that many top British chefs are now committed to coming up with dishes that "stand on their own" against more traditional meaty options.

However, Graham is clear that her food isn't about thrusting plants down people's throats. As she explains: "I'm not trying to think of ways to make something vegetarian – it just is! It's not something I particularly feel like shouting about... it just happens to be vegetarian."

This under-the-radar approach to vegetarianism occasionally catches out Bubala's more unsuspecting customers. In fact, as Graham tells me, some diners still aren't totally on board: "I remember when we first opened, some customers would say, 'this is great, despite there being no meat'. We also had a customer walk out because he couldn't get any chicken."

Thankfully, as Bubala's reputation has grown, these incidents are less and less frequent. However, it's worth remembering that progress isn't always instantaneous. 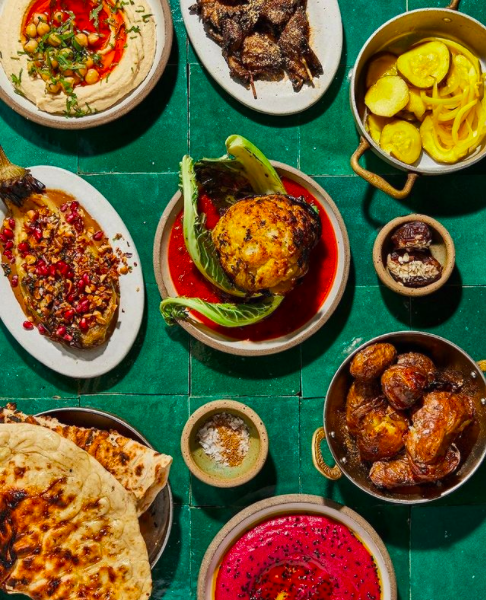 Bubala's menu is a mix of different cuisines and techniques (Credit: Instagram/Bubala/Tim Atkins)

How to cook vegetarian food

For many people, cooking tasty vegetarian dishes can seem seriously intimidating. However, Graham has a few handy tips from the Bubala kitchen to help scared chefs.

She explains: "I would say, the inclusion of umami (is really important). Things like miso, kombu, tomatoes and fermented things – using them with confidence really delivers a lot of flavour.

"Also, I would advise them to really get into fermentation. Different techniques like that can really make a difference to your cooking. And learn how to cook with vegetables rather than despite them."

For many food lovers, forsaking meat still feels like a serious gamble. After all, everyone's had a forgettable experience with a bean burger or sad risotto.

However, as kitchens like Bubala make clear, vegetarian cooking in the UK has come a long way. Given what's actually possible with plants, the best may be yet to come.