Salt Bae may be part-man, part-meme, but the Turkish-born viral food sensation certainly knows how to turn heads.

The luxury steakhouse owner, real name Nusret Gökçe, is as famous for his flamboyant presentation and celeb-heavy restaurants as he is for his cooking.

However, while the likes of Neymar and Sean Combs certainly turn heads, they're far less glitzy than what Salt Bae is about to offer at his new London restaurant. 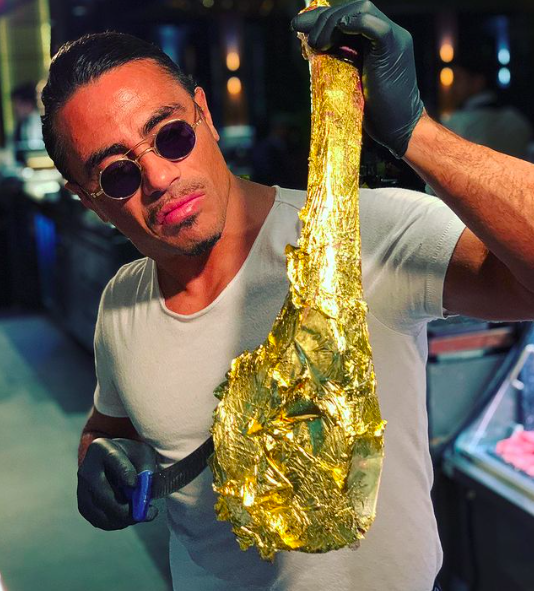 Hoping to capitalise on a post-pandemic restaurant boom, Salt Bae is bringing his signature brand of showmanship and steak to the British capital.

On May 17, the highly-anticipated Nusr-Et, London will open its doors for the first time. Included on the menu, among the usual collection of ribs, racks and fillets, will be a £700, gold-covered tomahawk.

This is not the first time that this dish has appeared on a Nusr-Et steakhouse menu. The dish is a staple at branches around the world, where it usually costs in excess of $1,000.

In many cases, ordering the dish is actually one of the only ways to get Salt Bae himself to appear at your table.

READ MORE: 11 most expensive restaurants in the world revealed

However, its arrival in London means that the restaurant will shoot to the top of the priciest dining destinations around.

The whole idea of steak and gold might seem a little over the top. However, if the success of previous Nusr-Et ventures are anything to go by, there is an appetite for steak with a side of bling. 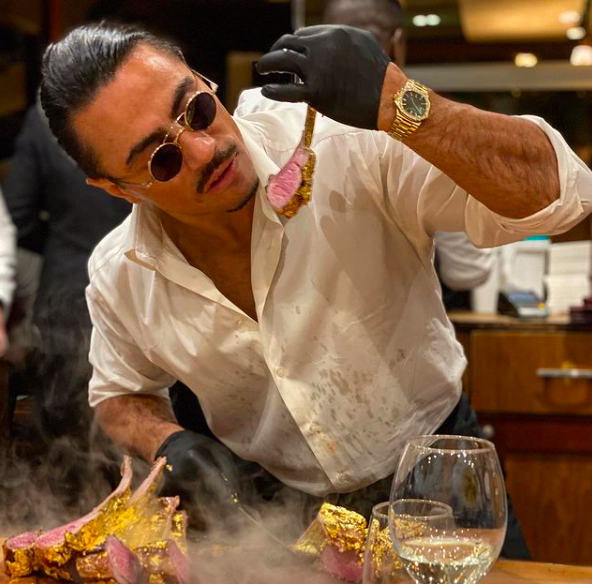 Nusr-Et London will open its doors on May 17 (Credit: Instagram)

Is a gold steak worth it?

Adding gold to an already premium ingredient might seem completely pointless. After all, the addition barely makes any difference to the overall flavour of the dish.

However, the combination of Nusr-Et's arrival, plus the general excitement around restaurant re-openings could be enough to persuade some people to make the investment.

READ MORE: What is the most expensive drink in the world?

Whether or not the price tag is worth it depends entirely on what you want to get out of a meal.

Nusr-Et might be known for its high-quality steaks, but the gold leaf version is more of a gimmick than a genuine must-try. 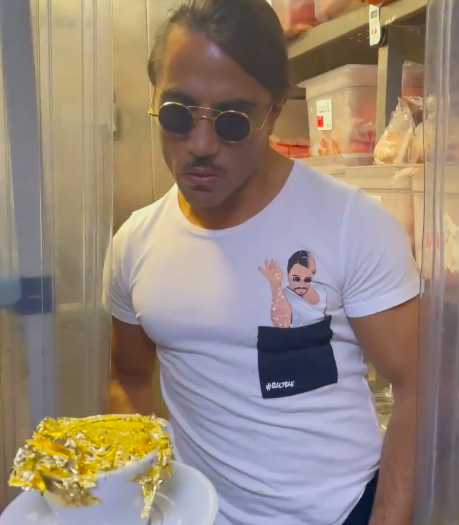 Gökçe is as famous for his flamboyant presentation (Credit: Instagram)

However, there are some diners who swear that the added expense is worth it. For instance, in an interview with GQ, food blogger Vanessa Cole revealed that paying for the privilege of having Salt Bae serve you is worth every penny.

As she put it: “There’s nothing special about the gold add-on other than the appearance, but it’s the price you pay to be served by Salt Bae.”

Ever since his first viral video, Nusret's cooking has had an appeal that goes beyond flavour. If you're the kind of customer that wants to focus on the food, a £700 gold steak might not hit the spot.

If, on the other hand, you're hoping for your own slice of viral history, this may be the dish for you. You'll just have to decide what's more important.