Before an experiment on Sky's popular mid-noughties science show Brainiac, presenter Richard Hammond would warn his audience, "We do these experiments so you don't have to – do not try this at home." Brainiac might be dead and buried, but this message is just as important as ever.

In the name of science, we decided to attempt one of the more unusual cooking methods on the internet. Following in the footsteps of a viral TikTok video, we wanted to see whether or not it is actually possible to cook a delicious steak in a toaster.

The results certainly weren't as disgusting as they might have been. However, the method itself is indisputably one of the more nerve-wracking ways to spend time in the kitchen.

So, to help any other curious cooks out there avoid potential disaster, here's what happens if you cook a steak in a toaster. And please, do not try this at home. 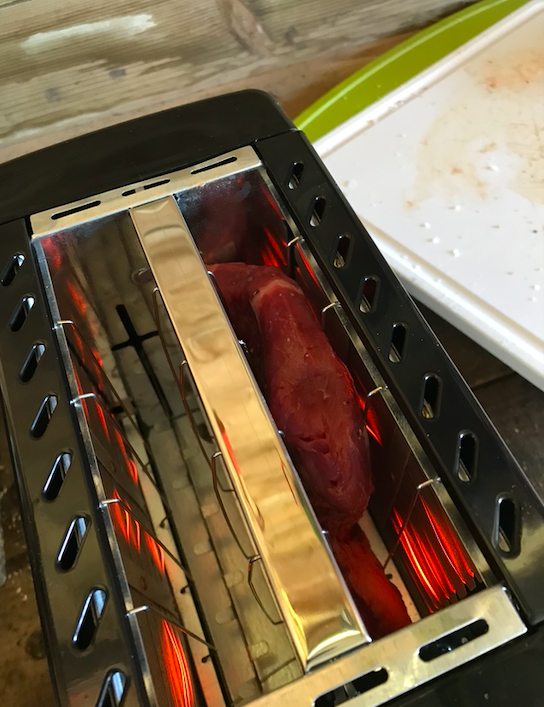 Steak in a toaster is better than you might expect (Credit: Twisted)

Cooking steak in a toaster

The original viral TikTok recipe, which has racked up over 1 million likes on the platform, makes the process look incredibly easy.

In the clip, posted by user @itsmeju1iette, suggests that all you need to do is grab your steak, slide it into the toaster and wait. In our experience, however, things are significantly more complicated.

For starters, one blast in the toaster is not enough to cook the meat properly. During our experiment, it took two goes at the second-highest setting to get the meat medium-rare.

There's also the undeniable danger involved. As soon as the fat starts to render, the toaster begins to fizz and spit like a rabid possum. It seems just as likely to explode as yield a delicious dinner.

For this reason, we decided to cook our steak outside, far away from any fire risks. Although nothing burst into flames on this occasion, it certainly doesn't seem like the most sensible way to treat your meat.

There's also, for obvious reasons, an issue with basting. Spooning hot butter into a toaster is akin to a death wish, so your meat might not be as flavourful as it could be.

All this said, however, once you've gotten over the heart palpitations and need to toast it twice, the end results are actually pleasantly surprising. 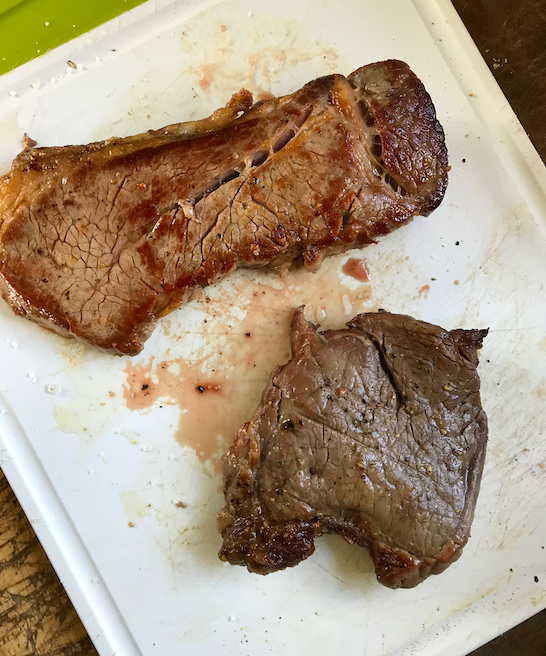 The toaster steak and the pan steak, side by side (Credit: Twisted)

In order to put our toasted creation to the test, we also cooked a traditional test steak to help the comparison. It's fair to say that a typical method has some serious advantages.

For starters, cooking in a pan allows you to create the highly flavoured brown crust that makes steak so delicious. You can also add flavouring agents like thyme, garlic and butter to the pan, which elevates the meat even further.

That said, however, the toaster steak definitely wasn't a dud. The meat came out medium-rare and was still tender and juicy.

The outside was a little grey and unappealing, but overall it wasn't the vomit-inducing fire hazard we were expecting. In fact, we'd go so far as to say it was actually pretty delicious. 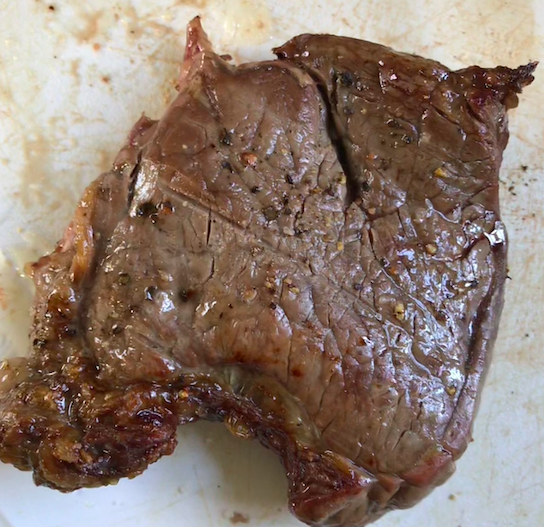 The toaster steak wasn't as bad as we expected (Credit: Twisted)

Given the potential risks involved, we can't really condone cooking a steak in the toaster. Just because we didn't burn down the kitchen, that doesn't mean that you won't.

However, if you happen to have lost all your pans and have access to top-class fire safety equipment, the method can work.

We're not saying that this is what we'll use every steak night. However, considering what we thought might happen, we'd call this experiment a resounding success.

Again, however, please don't try this at home.