For the best part of three decades, being a MasterChef winner has afforded a special status in the annals of reality TV.

Unlike many of its cultural competitors, MasterChef mostly eschews manufactured drama and sob stories in favour of focussing on the food. As a result, many of us know next to nothing about the winners, other than what they might include on a menu.

In some cases, former champions can fade slightly into the background, starting new careers in the industry that they love. On occasion, however, a MasterChef winner can overcome the odds and conquer the cooking world. 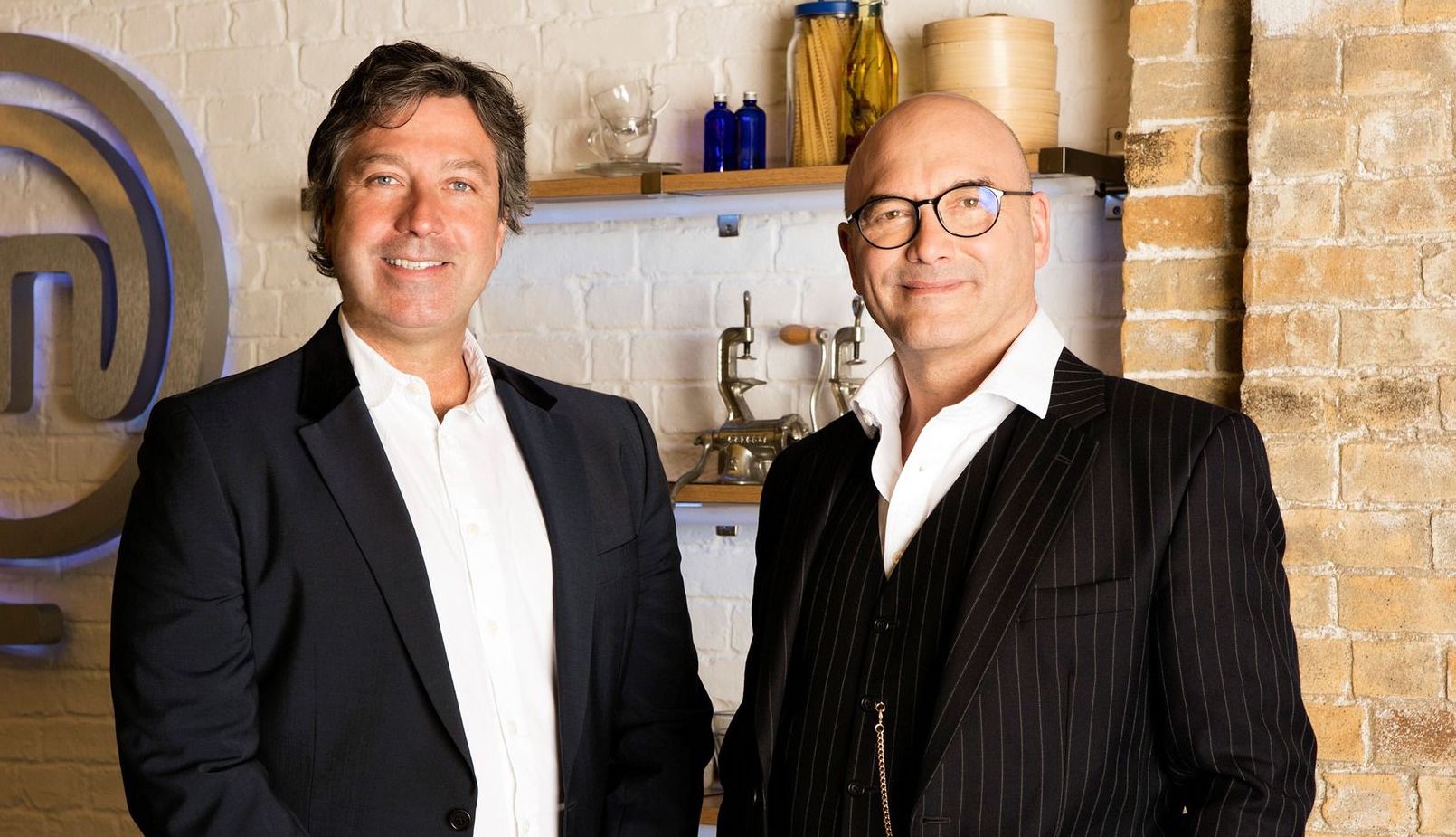 What happened to every MasterChef winner?

Younger fans might not be aware, but MasterChef hasn't always been about John Torode and Greg Wallace waxing lyrical about buttery bases. Before either judge was on the scene, the show featured prominent sauce specialist Lloyd Grossman at the helm.

Grossman presented the original series for 10 years, focusing exclusively on preparing and cooking a three-course meal in two hours or less. Things have certainly become more eclectic in the era of Torode and Wallace.

The well-rounded skillset required of a modern MasterChef winner certainly means that champions have the potential to be successful. However, even if you do win the country's most famous cooking contest, it's not all plain sailing.

Here's what happened to every Masterchef winner from 2005 onwards. 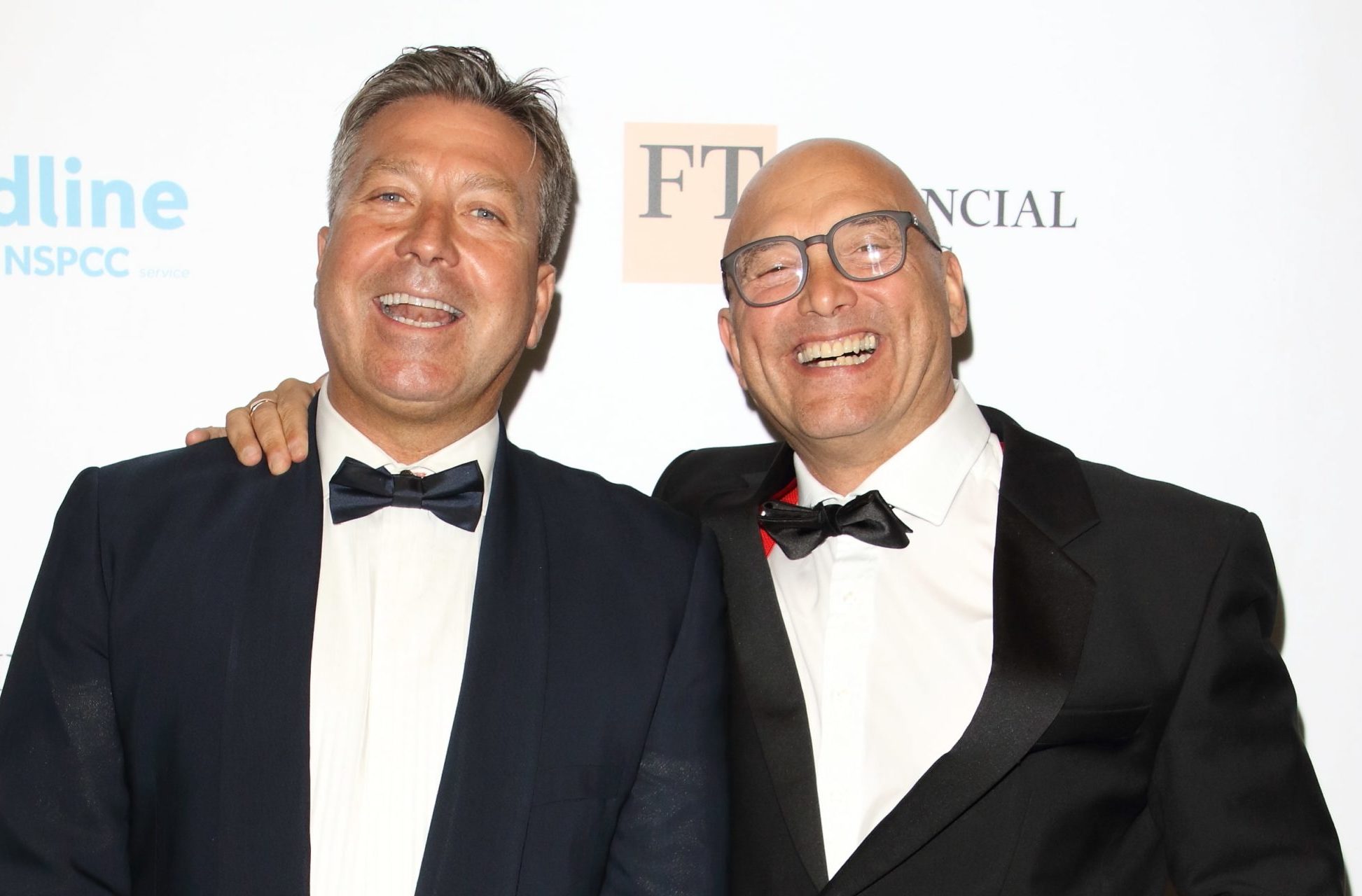 Arguably the most famous of all ex-Masterchef winners, Thomasina Myers has enjoyed an incredibly successful career in food.

As the founder of Wahaca, one of the UK's most popular Mexican chains, Myers' career has gone strength to strength. She has also written several successful cookbooks 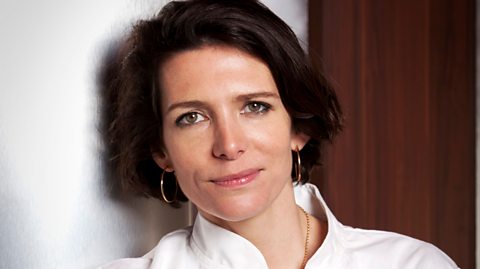 Bayless always intended to use MasterChef as a platform to launch a career in the food industry. It turns out to have been a wise move.

The Series 2 winner has worked as a private chef in both France and the UK and is now the head chef of Caterer Magazine. 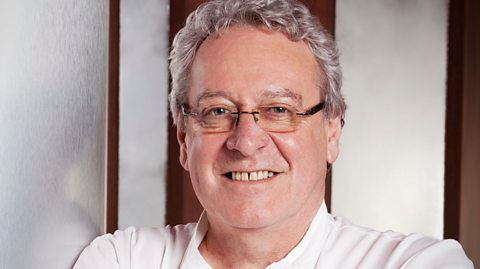 After winning the show in 2007, Wallis decided it was time to up sticks and travel the world.

After blogging about his adventures on The Urban Foodie, Wallis has gone on to have a successful career as a food writer and taste consultant. 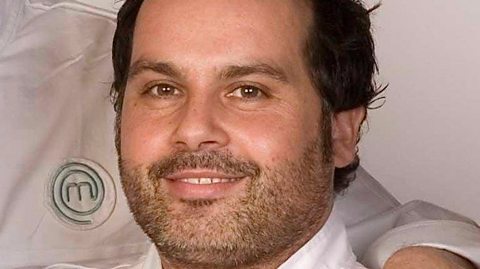 In his second career, Nathan has worked under the likes of Richard Corrigan, Michael Caines and Michel Roux Jr. He has also helmed several of his own kitchens, including at the St Enodoc Hotel in Cornwall. 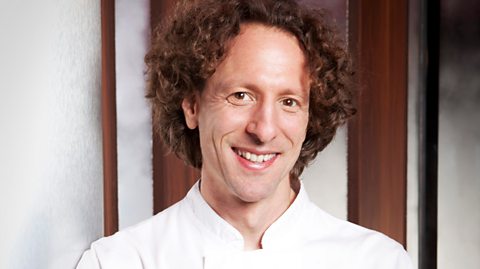 James Nathan used to work as a lawyer (Credit: BBC)

Follas was a hugely popular figure on the show, especially for his skill with meat cookery. His final starter, featuring a trio of rabbit, was particularly praiseworthy.

Since winning the show, he opened the highly acclaimed Wild Garlic restaurant in Dorset. Although the business has sadly closed, Follas still runs cooking courses specialising in foraging. 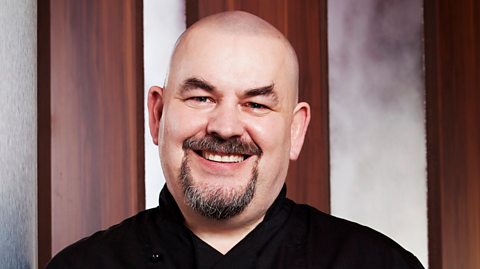 Like James Nathan before him, Dhruv Baker threw himself headfirst into the food industry. After a stint in top kitchens including Le Gavroche and Helene Darroze at The Connaught, the 2010 champion turned his attention to writing.

He is a regular contributor to several prominent food publications and published his first book Spice in 2014. 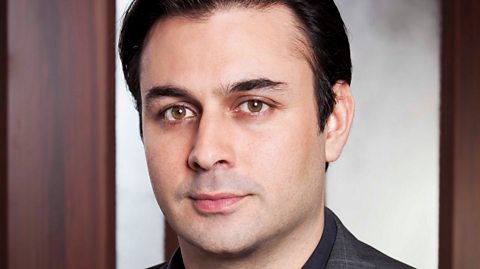 2011 winner Tim Anderson won praise during his time on the show for his interpretation of classic Japanese cooking techniques. It's a theme he has continued throughout the rest of his career.

A regular contributor to Radio 4's The Kitchen Cabinet, Anderson has also opened two London-based Japanese restaurants. His enthusiasm for the food doesn't seem to have dimmed. 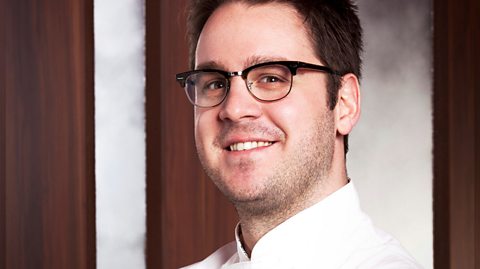 The first female winner for seven years, Shelina Permalloo drew on her Mauritian heritage to create dishes that wowed Torode and Wallace.

After completing stages in Michelin-starred Nahm and Benares, Permalloo opened her own restaurant Lakaz Maman in 2016. 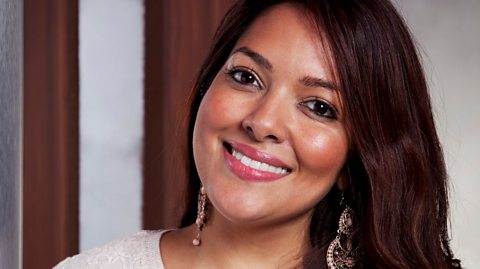 Bethnal Green-born Coleman has gone on to work at some of the most famous kitchens in the country, including the likes of St John and L'enclume.

Since 2019, she has overseen the menu at Hello Darling, next to the Old Vic in Waterloo. 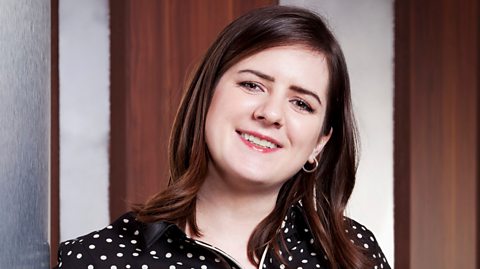 One of the show's most charismatic ever contestants, Coombes became a fan favourite for her Malaysian-inspired menus.

The 2014 champion has since hosted street food cookery classes under the brand name Ping's Pantry, making several appearances at food festivals and other events. 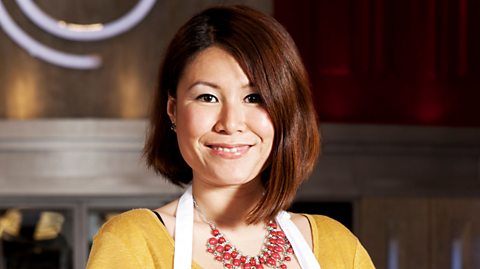 Ping coombes was one of the show's most popular winners (Credit: BBC)

Simon Wood's precise cooking style ensured that he was one of the series' most accomplished winners.

Since his coronation, he has gone on to open two restaurants in the North West. WOOD in Manchester proved to be such a success that it was featured on the most recent MasterChef series in 2020. 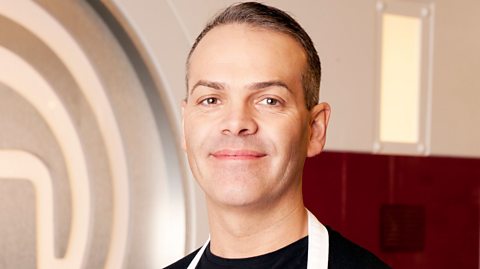 2016 MasterChef winner Jane Devonshire followed up her success by working closely with the likes of Marcus Wareing and Michael O'Hare.

She has also published two gluten-free cookbooks and become an ambassador for Coeliac UK. 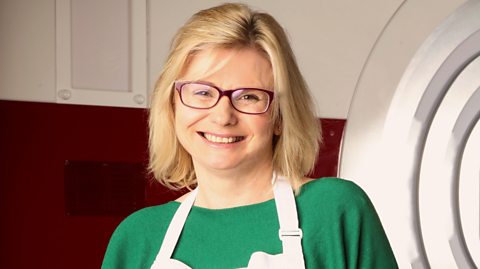 Unlike many former champions, Saliha Mahmood Ahmed declined the opportunity to begin a career in cooking, choosing instead to continue working as a doctor.

According to the BBC, she has plans to specialise in gastroenterology in the future and has written a cookbook. 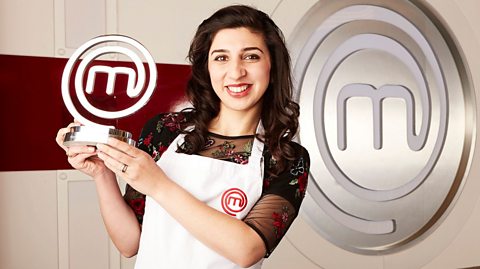 Saliha has since returned to work as a doctor (Credit: BBC)

London-born Tutt had worked in banking for 20 years before being persuaded to enter MasterChef by his wife. What might have seemed like a flight of fancy has turned out to be a masterstroke.

Tutt now runs his own restaurant and cookery school in West Sussex. 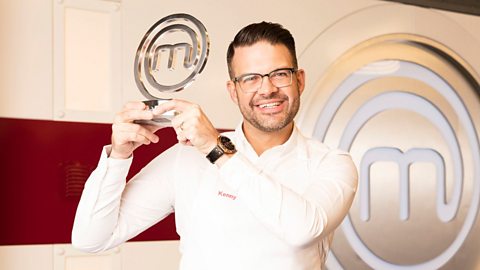 Kenny Tutt quit his career in banking after winning the show (Credit: BBC)

The oldest winner of the show to date, 60-year-old Tzortzoglou stunned the competition with her contemporary interpretations of classic Greek recipes.

She has gone on to publish the cookbook 'Under the Olive Tree: Recipes from my Greek Kitchen'. 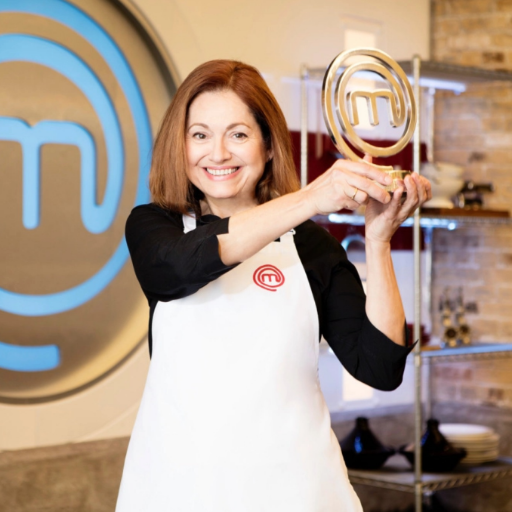 The most recent winner, Thomas Frake grew into the competition with a range of classic British dishes.

Although his ambitions have been halted somewhat by coronavirus, he has expressed his desire to open a gastropub in the near future. 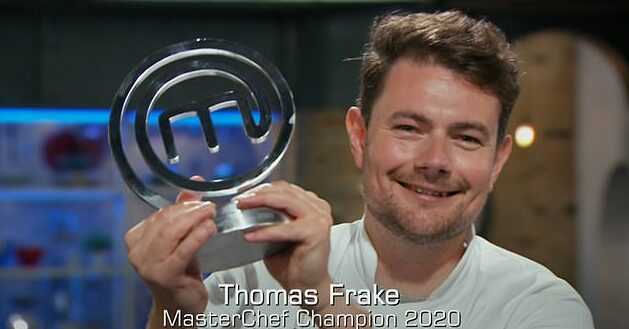 READ MORE: Where is John and Lisa's Weekend Kitchen filmed?

Becoming a MasterChef winner isn't a guaranteed recipe for success. However, as this list of past champions proves, it certainly doesn't hurt if you want to enjoy a career in cooking.