The best fried chicken in London isn't always eaten at three in the morning after you've fallen out of a pub. Even though it's easy to dismiss it as greasy hangover medication, there is actually a lot more to chicken than filling a fast-food-shaped hole.

In the right hands, a craggy nugget of golden battered bird can improve any dinner and save the most woeful night out. You just have to find the right restaurant. 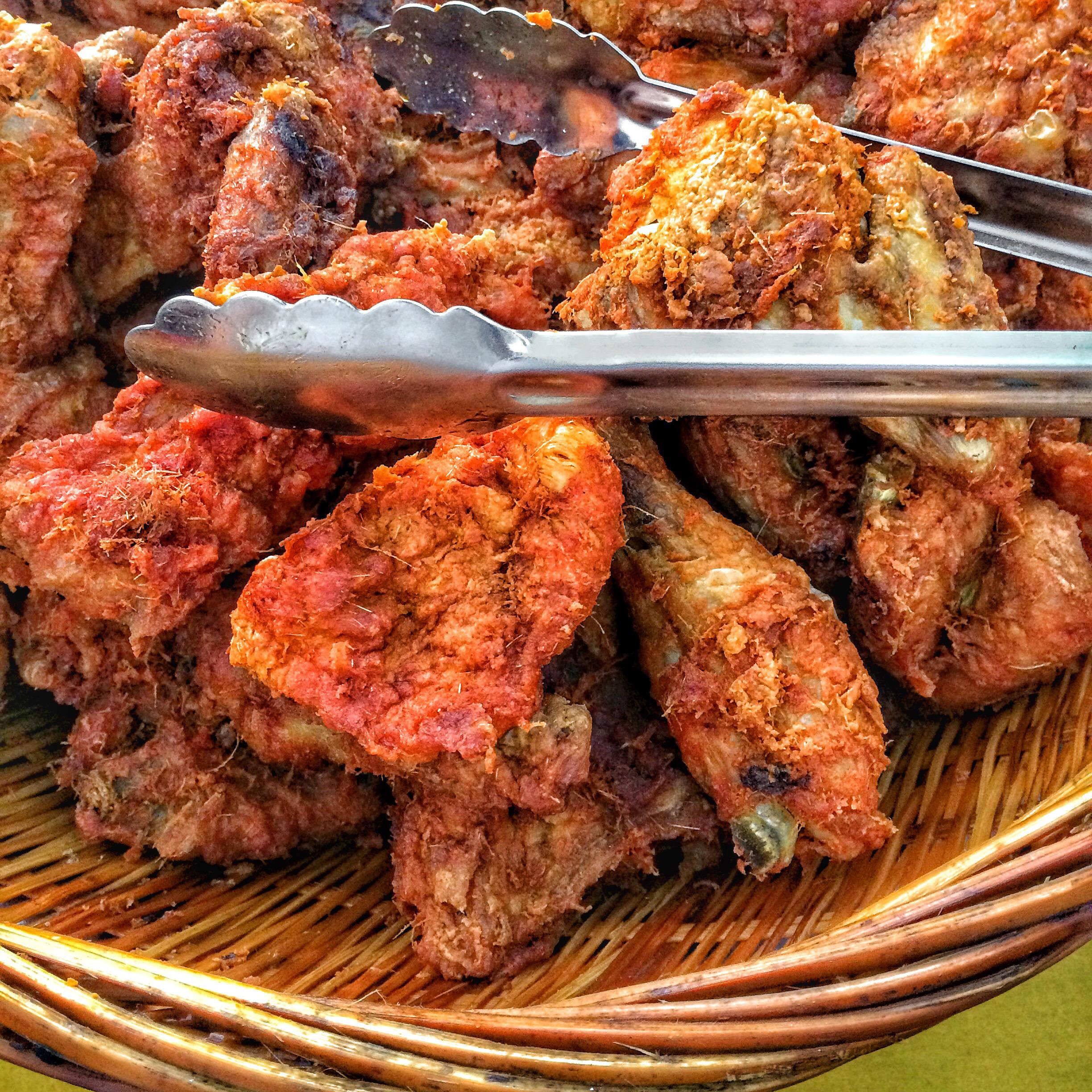 The best fried chicken in London

Back in 2018, in a bid to finally separate the city's considerable flock of chicken restaurants, the Twisted team set out to find the best fried chicken in London.

A task this monumental could have easily involved several days-worth of research. Fortunately for us, someone had done most of the work for us.

READ MORE: These are the best sandwiches in London

At a special "Bucket List" event, street food specialists KERB had gathered together eight of the industry's best and brightest in a smorgasbord of deep-fried deliciousness.

Every stand served up a sample of their signature chicken, providing as complete a picture as any of the potential of London's chicken scene. Needless to say, the results were pretty spectacular.

Here's what we thought of the best fried chicken in London.

Morley’s have been a London favourite since they first opened in 1985, and now operate in 19 locations across the south of the city. Their signature blend of value and quality has won them many fans, and with good reason.

They may be more straightforward than many of the wings we would go on to sample, but sometimes the old ways are still the best. Solid crunch, peppery seasoning and juicy meat. A good start.

Famous for pioneering the double-fried method, Koreans have a particular soft spot for this particular brand of fast food. Carrying the fried chicken flag for this proud foodie nation is clearly no easy task.

Fortunately, Mother Flipper were more than up to it. Each panko breadcrumbed drumstick was drizzled with a soy glaze and shredded spring onion, perfectly balancing between heat and sweet. Well worth a visit if you’re near Brockley.

Having been fairly civilised in our eating until this point, we decided it was high time to get sticky. Filipino joint BBQ Dreamz provided the perfect excuse.

Each adobo-glazed wing sat glistening on a carpet of spring onion and coriander. The added presence of a pot of spiced aioli sent sauce flying everywhere. It was messy, undignified and extremely satisfying.

Butchies have been making some of London’s best chicken for nearly five years. Beyond the chicken itself, what really makes this former street food stall stand out is its mind-blowing fried chicken sandwich, which remains one of the best things to eat in the entirety of East London.

Unfortunately, the boneless strips with chicken bone broth on offer at this event didn't quite reach the dizzying heights of this signature dish. But, then again, it’s difficult to imagine anything that could.

Petare’s mouthwatering Venezualan chicken came coated in a guava glaze, a ribbon of tingly habanero mayo and chilli flakes. The result was as explosive as it sounds.

Punchy in all the right places and ticking every taste bud box, it was easy to see how Petare had won the event's 2017 title.

Thunderbird delivered a wing soaked in tangy chipotle buffalo sauce, alongside a pickled celery stick, making it one of the most traditional chicken flavours available. Simple, but effective.

With just the right amount of heat and a savage kick of acid, this was perhaps the quintessential example of the all-American buffalo wing. It was just a shame that they had run out of truffled blue cheese sauce before we got there!

Biang Dang’s enormous recipe for crunchy, tangy Taiwanese chicken apparently calls for dinosaur legs to be a key ingredient. Not that we were disappointed, however.

The hot, salty sauce was lip-smackingly moreish and worked perfectly with the side of Asian slaw and edamame. Deeply savoury and undeniably delicious, Biang Dang certainly put Taiwan’s chicken on the map.

At first glance, the shy-looking chicken wing proffered up by De Ja Chicken didn’t look like it would amount to much. After one bite, however, we were all reminded of the old adage about books and covers.

Intensely crunchy, without a hint of grease, the wing had notes of coriander and coconut, alongside a subtly spicy vinaigrette. Like Petare before it, De Ja had managed to tick every box, and then some.

When necessity is forcing you to find the nearest gristly thigh, it's difficult to be mindful about your chicken choices. As we've just seen, this is a real shame.

Next time you have a hankering for crispy poultry, don't settle for second best. If this bucket list proves anything, it's that there are plenty of delicious alternatives available.

Read More: Our guide to the best takeaways in London