You can't go wrong with pudding but are some weird desserts out there.

But it may influence whether you'd be prepared to try some of these bizarre dishes. 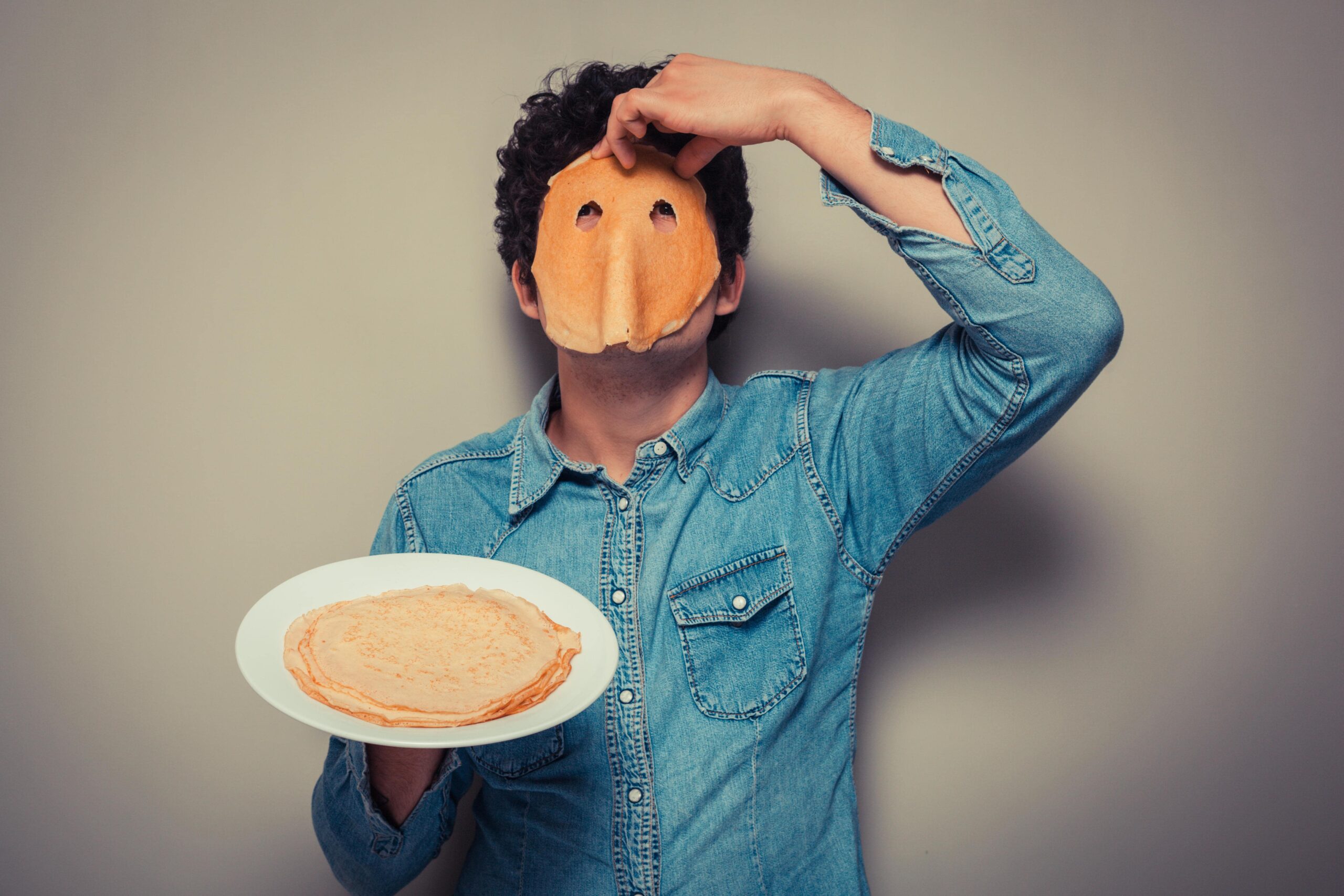 The world of weird desserts

For most people, pudding is a time to indulge.

No one wants to waste calories on something that might leave a bad taste - we want naughty, creamy and sweet, without too much extra fluff.

Though this shouldn’t really be too much to ask, there are a few nations who seem not have got the dessert memo.

Instead of the comforts of cake, chocolate ice cream, these countries have decided that dessert should be as strange as possible. Here are the seven weird desserts – and possibly the weirdest on Earth. 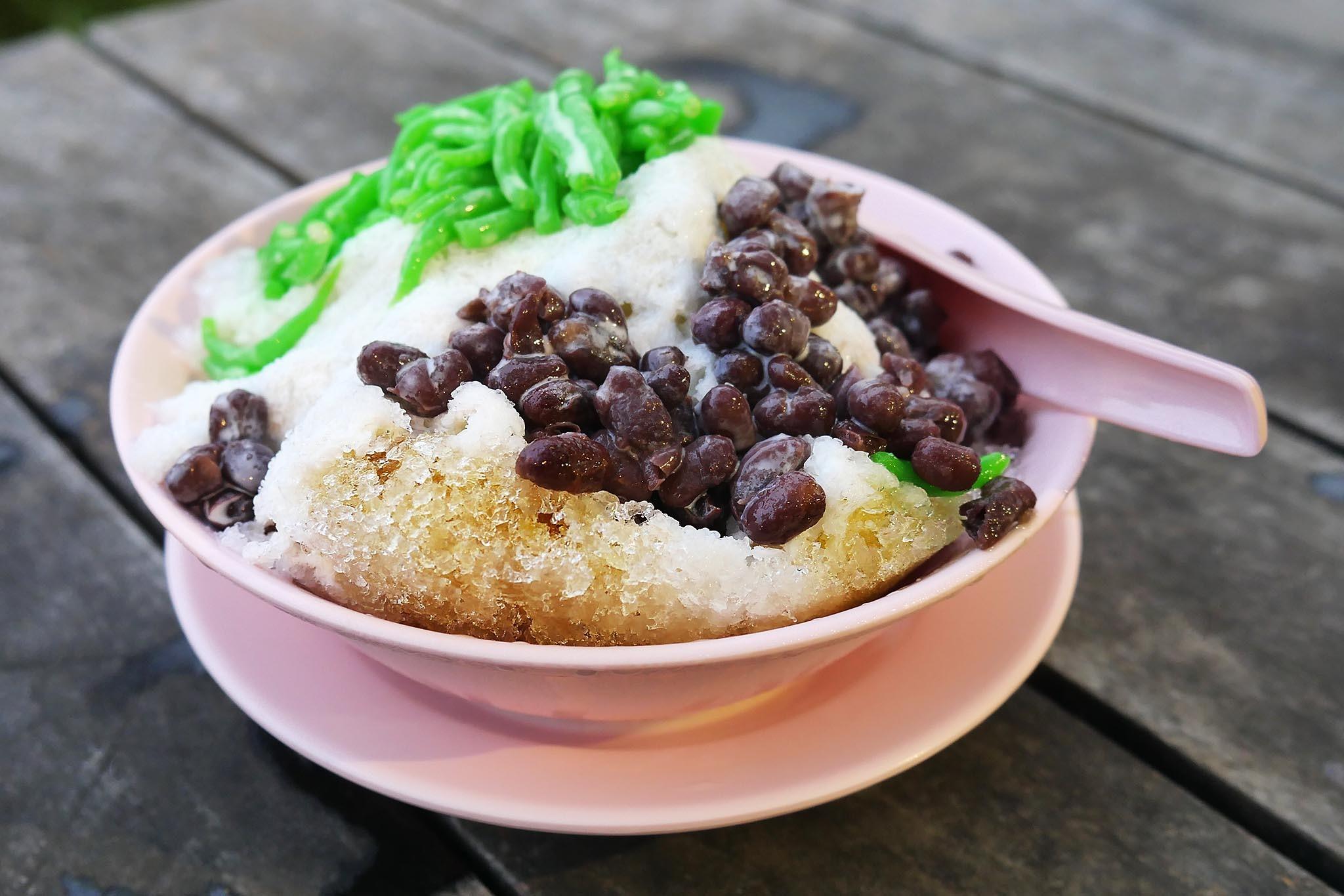 Cendol is one of the strangest desserts anywhere (Credit: Alamy/EyeEm)

Pastry can be one of the prettiest things on the dinner table. Apparently not when it’s in the hands of traditional Malaysian chefs. What looks like a group of green, quivering worms is actually a combination of jelly noodles, shaved ice, green food colouring and red beans known locally as cendol.

Despite apparently being a deceptively delicious combination, you’ll need to be brave to try a mouthful. 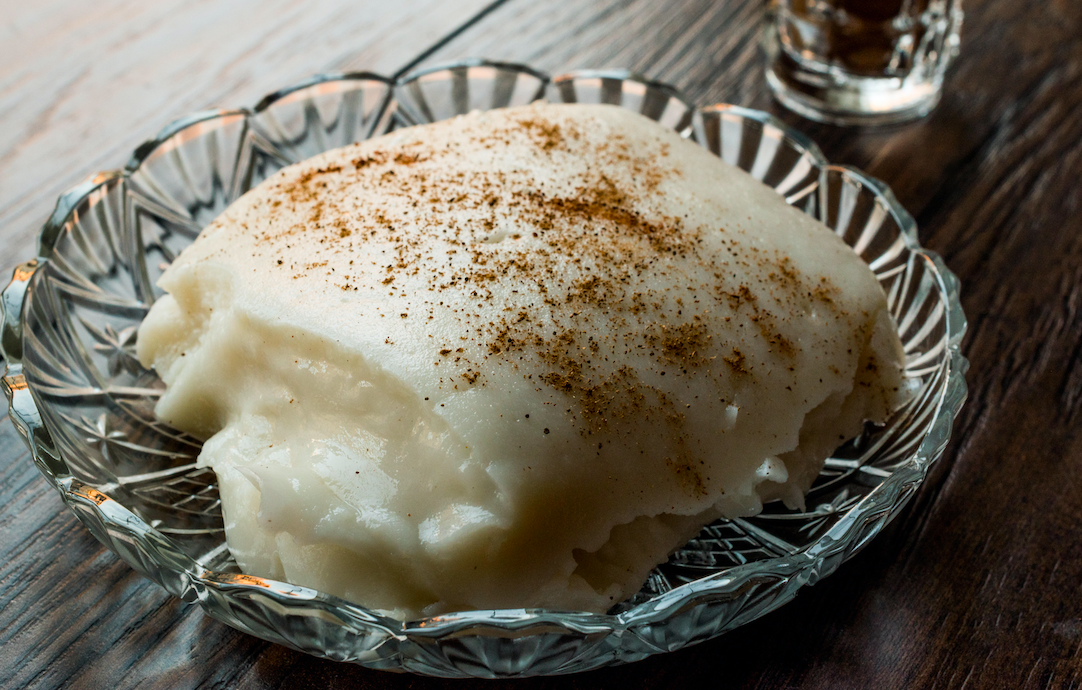 Tavuk gogsu is made with chicken breast and milk (Credit: Alamy/ALP AKSOY)

Chicken and sugar - two words that feel as far apart as “McDonald’s” and “healthy”, or “Brexit” and “sensible”. Nonetheless, this Turkish delight represents one of the only ever attempts to force the pair together.

Chicken is pounded and separated into thin fibres, before being mixed with rice flour, cinnamon and sweetened milk. The end result is like a milk pudding crossed with a chicken nugget. 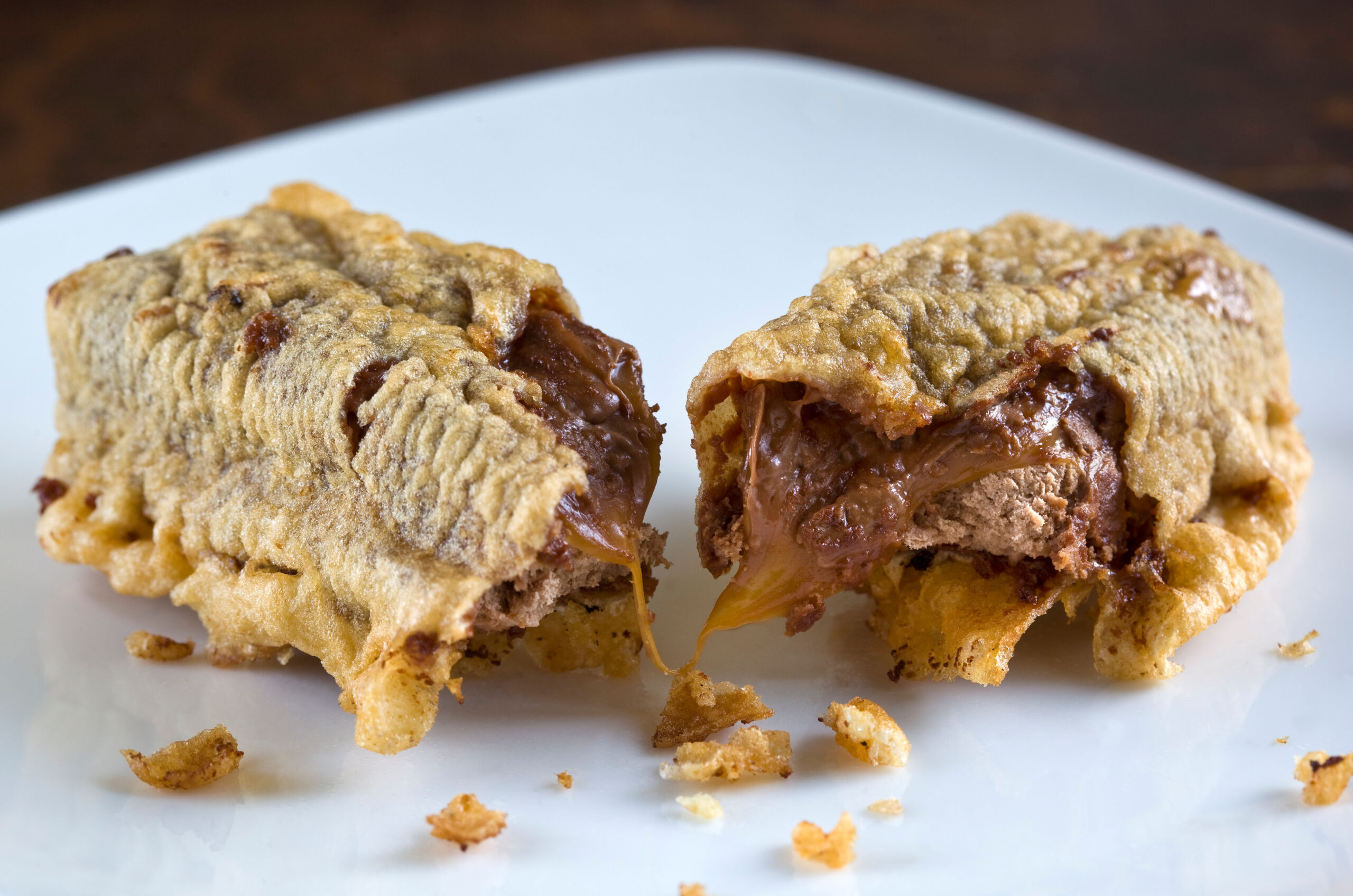 Chocolate bars are already plenty decadent before you start experimenting with added extras. But, if it’s pure indulgence that you’re after, then Scotland has the recipe for you.

In what has become a Glaswegian tradition, Scottish chip shops will offer customers the chance to have their favourite chocolate bar battered and deep-fried. Gloriously unhealthy, this is a one-way ticket to calorie heaven. 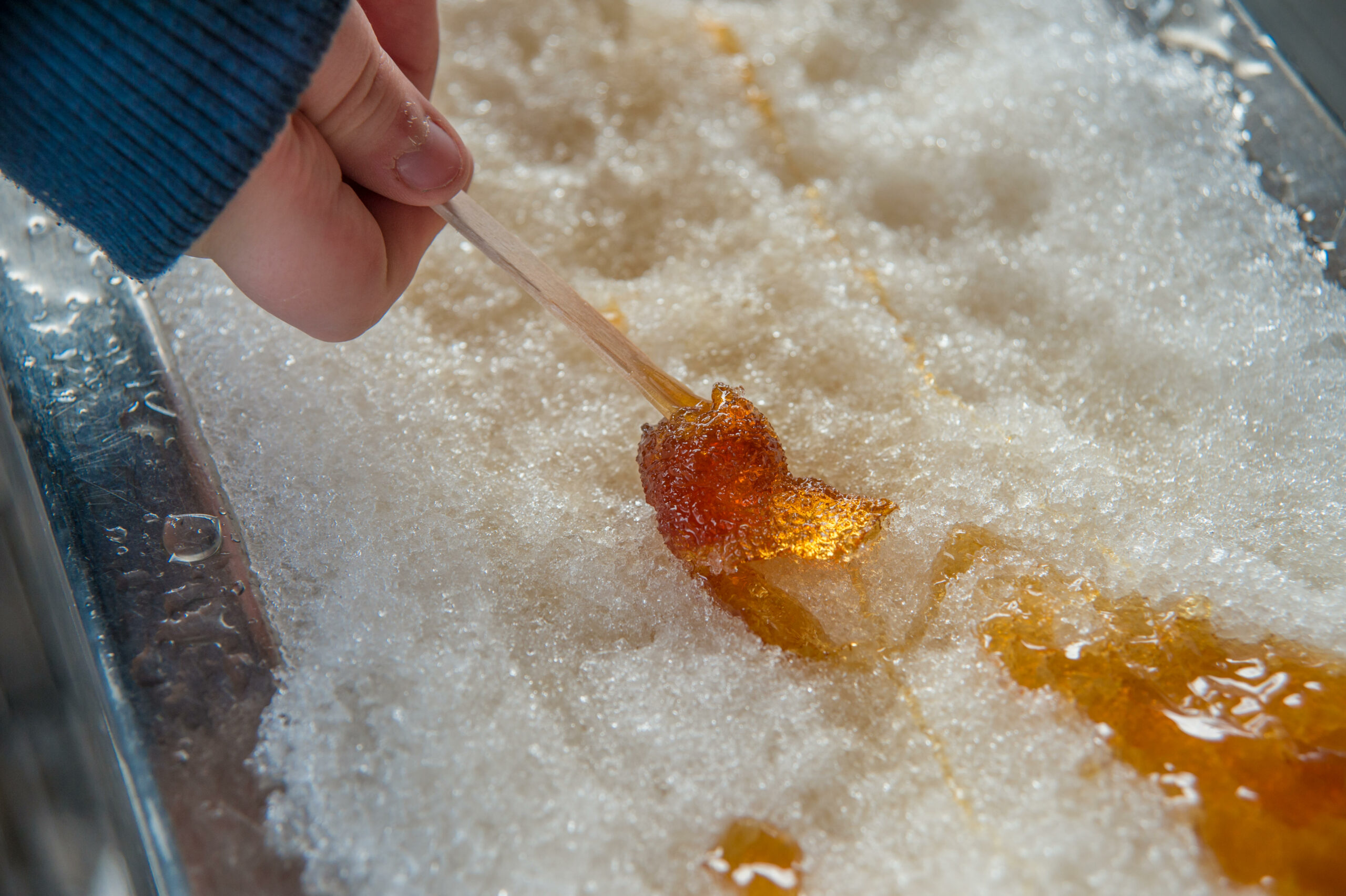 If Canada’s famous for two things, it is for snow and syrup. Given the availability of both, it’s only natural that enterprising cooks should try and combine the two together.

Maple taffy is a sweet bite-sized snack that involves boiling maple syrup and pouring it over snow, before wrapping the resultant sticky gloop around a small stick. 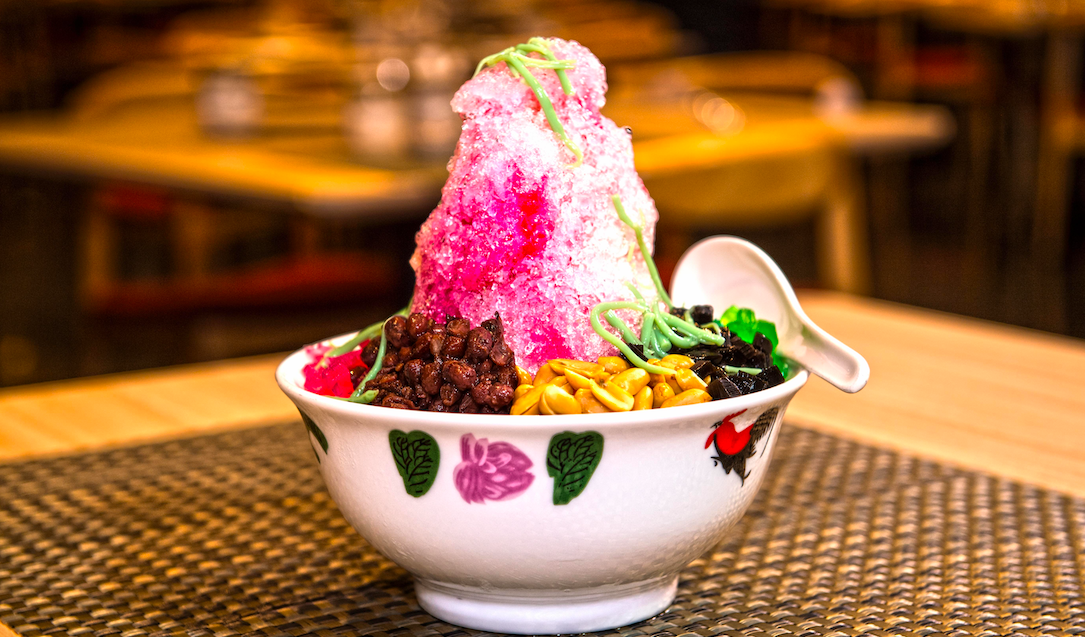 Another pudding that looks like someone had a paintball fight in a dessert bowl, Ais Kacang is a real melting pot of ingredients. Red beans are mixed with shaved ice, sweet corn, grass jelly, lychee fruit and evaporated milk, before being topped with a sweet strawberry syrup.

Ultra sweet and lurid, this dessert is perfect for anyone looking to make a statement. 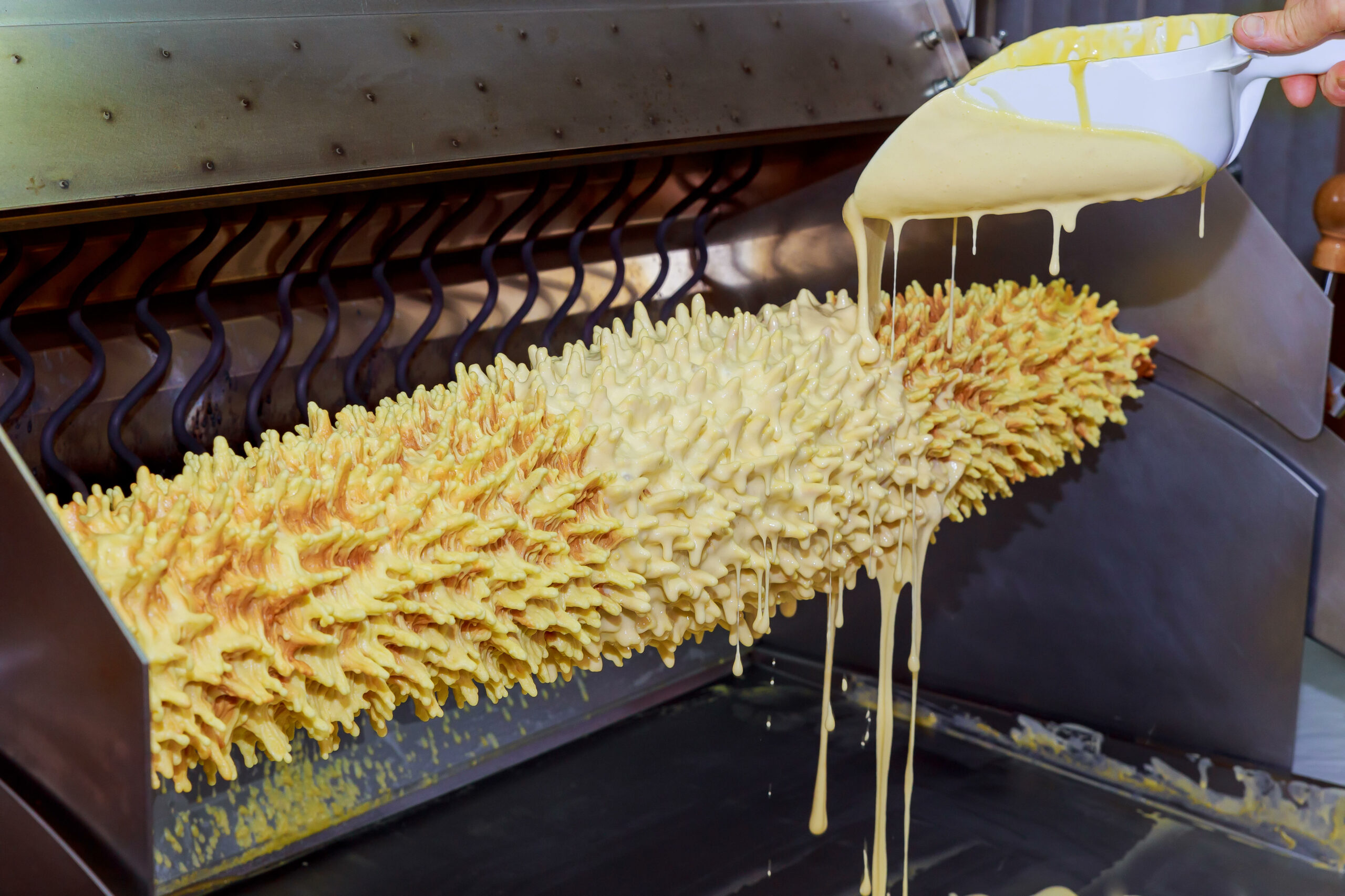 Whether or not you agree with the ingredients, most strange desserts at least look edible. Not so sakotis. A batter based dish, this extraordinary traditional Lithuanian specialty looks more like a sea sponge than food.

A mix of flour, eggs, sugar, butter and cream is slowly drizzled onto a circular spit over a roaring flame, give sakotis its signature look. 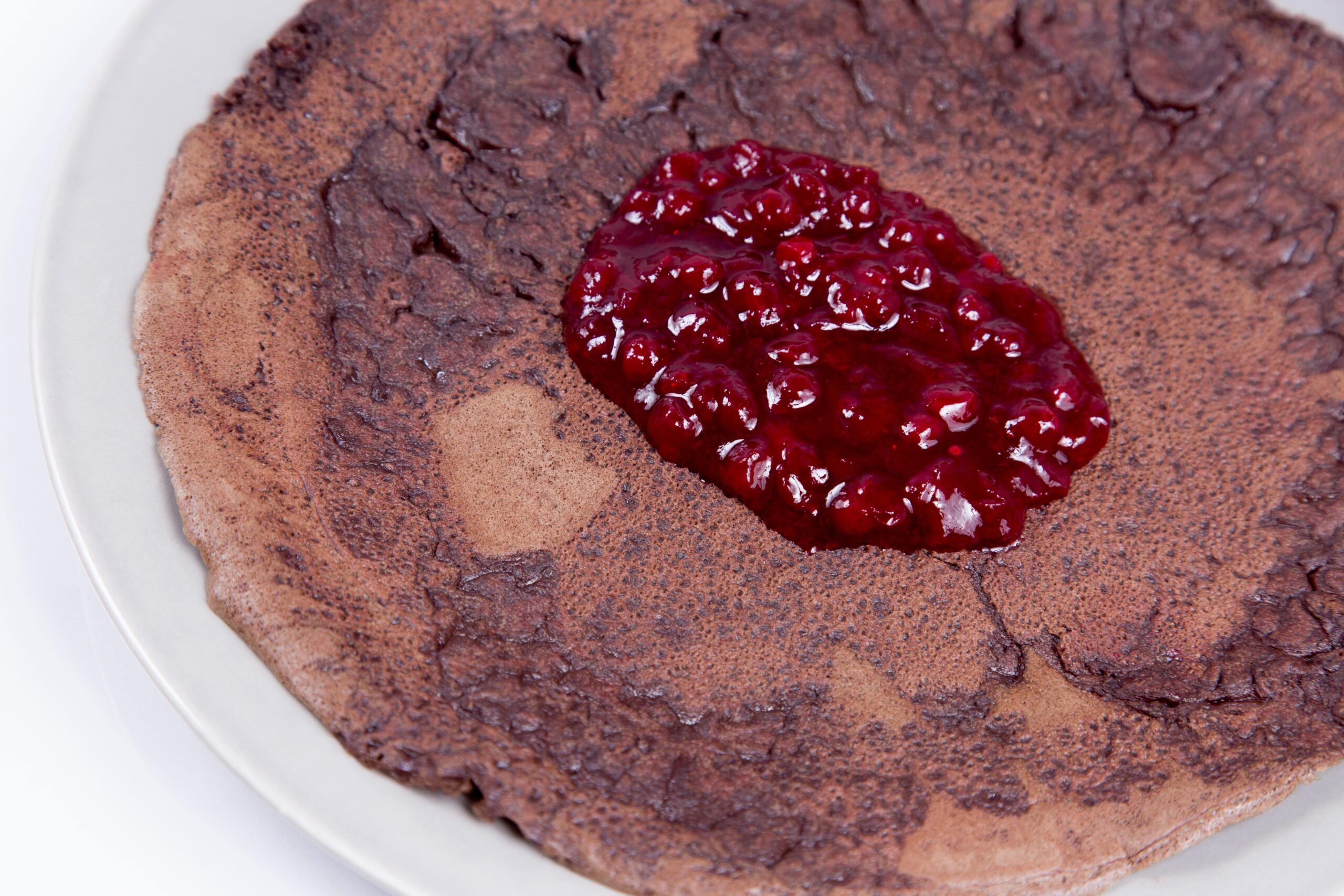 As we’ve already established, meat and desserts is an odd combination. What’s even odder is taking one of the least appetising elements of meat and turning it into pudding. Enter veriohukainen.

These gory desserts are made from a mixture of milk, sugar and pigs blood and are fashioned into dark red pancakes. Served with sweet jam, this is one of those dishes where it helps not to think too hard about what’s in it.