The best Man v Food challenges are about much more than the menu.

With host Adam Richman at the helm, the show created an atmosphere that turned gluttony into a heavyweight boxing match, with ring walks and showmanship to match. Eating a chicken wing has never looked so epic.

READ MORE: The most impressive competitive eaters on the planet

Over the years, Richman has had many memorable run-ins with his dinner. Looking back, however, there are a few that clearly stand out. 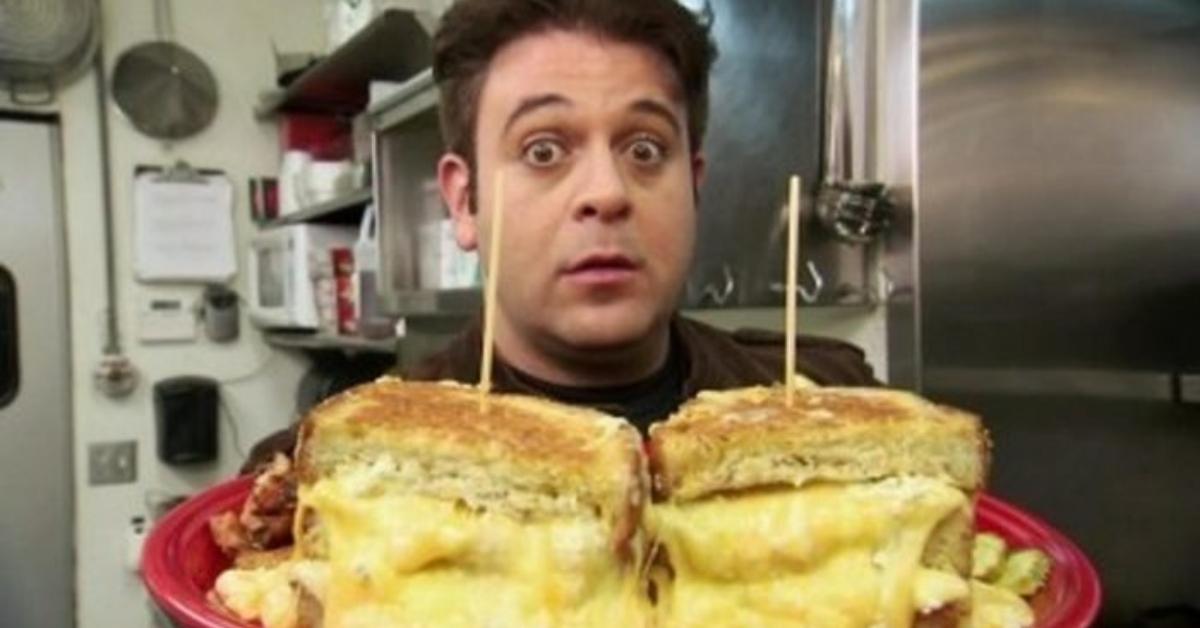 You might think that the best Man v Food challenges are all about volume.

Even though appetite obviously plays its part, what made the show so compelling was the combination of factors ranging from spice to size. For this reason, the best Man v Food challenges weren't always about eating as much as physically possible.

Whatever was on the table, Richman and co made it a spectacle. Here are our picks for the nine best Man v Food challenges. 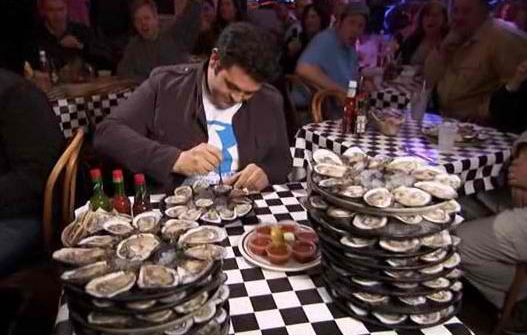 For many, oysters are the ultimate symbol of indulgence. However, they lose much of their mystique once you’ve watched a man slurp his way through 15 dozen of the slippery morsels.

Featured in Richman’s first season on the show, the challenge is a monumental (if admittedly nauseating) achievement which is made all the more amazing considering the price that Richman actually paid for success himself. Apparently, since completing the task 10 years ago, he has eaten less than a dozen oysters. 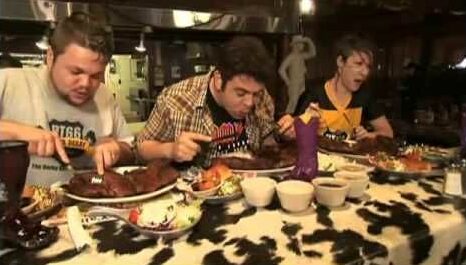 It might not be the biggest challenge in MvF history, but there’s little doubt that the Amarillo Steak set the benchmark for what the show should be.

Included as part of the first episode, the task involved eating a 72-ounce steak, along with sides, salad and shrimp cocktail all in under one hour. Richman smashed it in style and a legend was born. 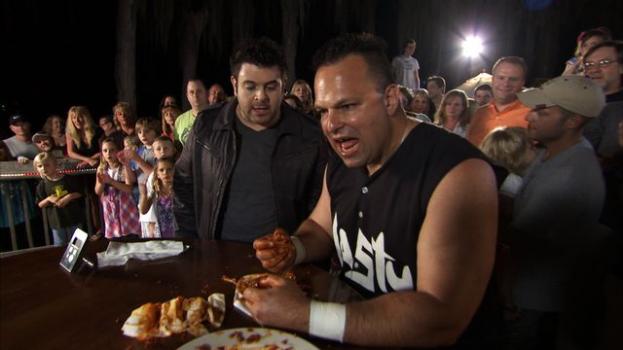 The Davey Jones spicy wings challenge was one of the toughest on Man v. Food Nation (Credit: Travel Channel)

Richman’s initial retirement from the world of competitive eating saw him turn mentor to a motley crew of would-be food competitors for what would become known as “Man v. Food Nation”. Though watching strangers eat wasn’t anywhere near as engaging as the man himself, “MvFN” delivered a few memorable moments, including the Davy Jones Challenge.

The sight of Richman trying to coax a weeping pro wrestler through 10 spicy chicken wings is not easily forgotten. As he himself put it, “Seeing this man - who, for a living, gets hit over the head by folding chairs - reduced to tears by wings is pretty great.” 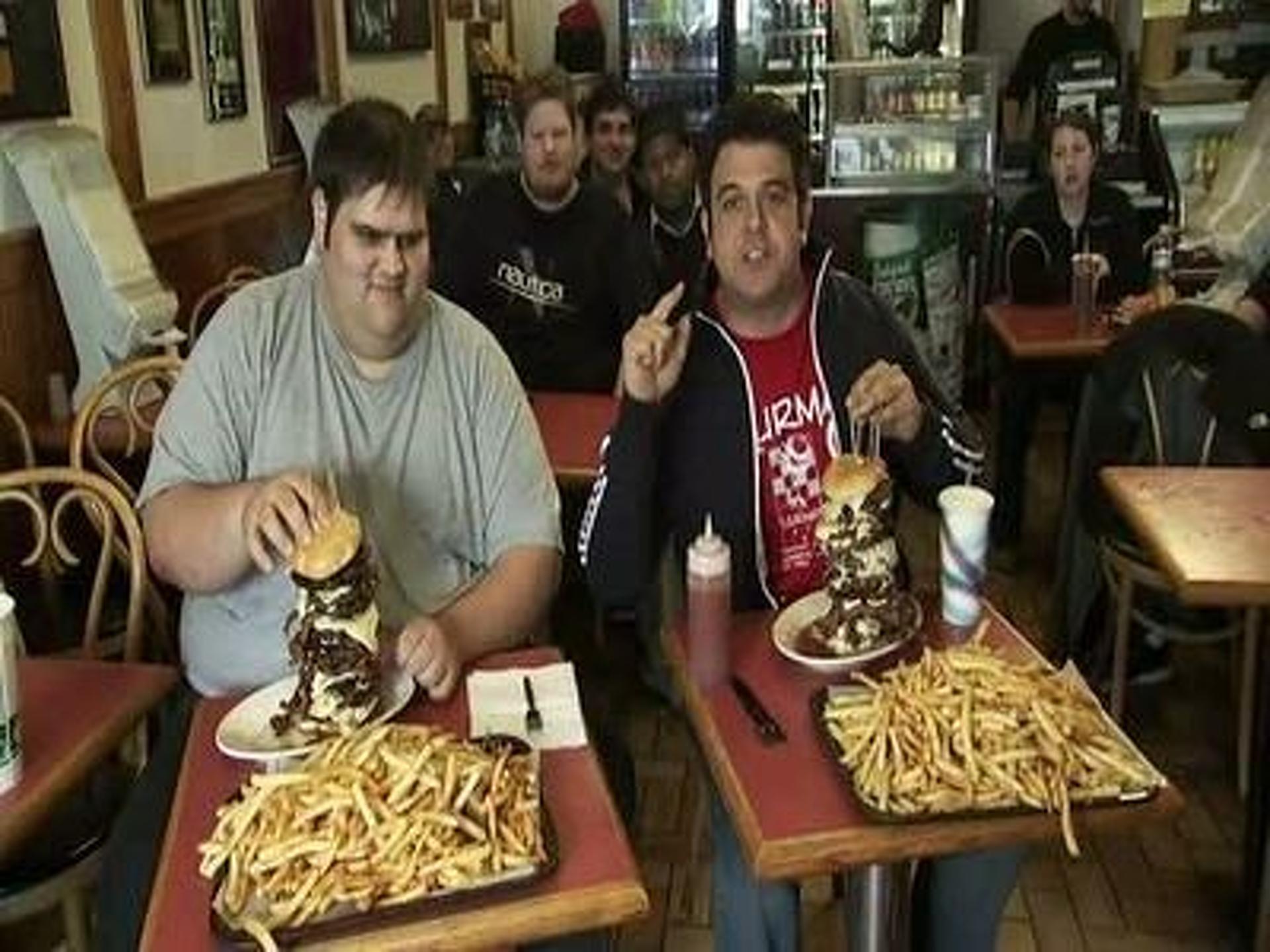 Tackling the food is hard enough when you have the backing of a crowd. It’s another matter entirely when they want you to fail.

The Eagle’s Challenge in Boston saw Richman go toe to toe with a local eating legend in a hostile atmosphere that saw abuse hurled from every direction as he tried to concentrate on eating a five-pound cheeseburger. It certainly made for great television.

Richman's attempt at the Fire in Your Hole challenge was sabotaged (Credit: Travel Channel)

5. Fire in Your Hole

Richman has gone on record to say that, as a rule, he prefers a spicy challenge to a large one. But “Fire in Your Hole” was definitely an exception.

Richman managed to get through two wings, before proclaiming them to be the spiciest thing he had ever eaten, downing some milk and heading to the refrigerator. It subsequently emerged that the owner had emptied an entire bottle of pepper extract onto the wings before they left the kitchen. Ouch. 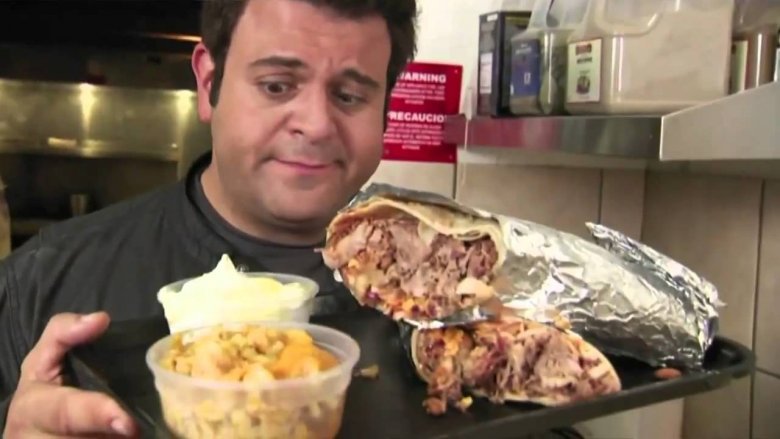 The gigante burrito was a serious test for Richman (Credit: Travel Channel)

Burritos have proven themselves to be something of an Achilles heel for the ever-confident Adam Richman. However, with the Gigante Challenge at Sweet P’s BBQ, he proved that he can still deliver when it matters most.

Tackling a four-pound burrito would be bad enough, but Richman also had to polish off half a pound of mac and cheese, followed by half a pound of banana pudding. This victory definitely counts as one of his finest. 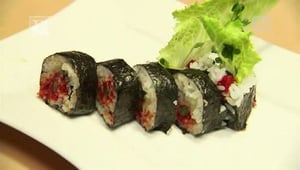 The Hellfire sushi challenge was one of Richman's biggest successes

Spicy wings are a common adversary of any competitive eater, but things took a dramatic twist when Richman took on one of the world’s hottest sushi rolls in Salt Lake City.

Featuring seven ascending levels of spice, the Hellfire sushi challenge featured a sauce that was described as looking “like warpaint” by a clearly terrified Richman. Remarkably, he managed to see off the rolls and live to fight another day. 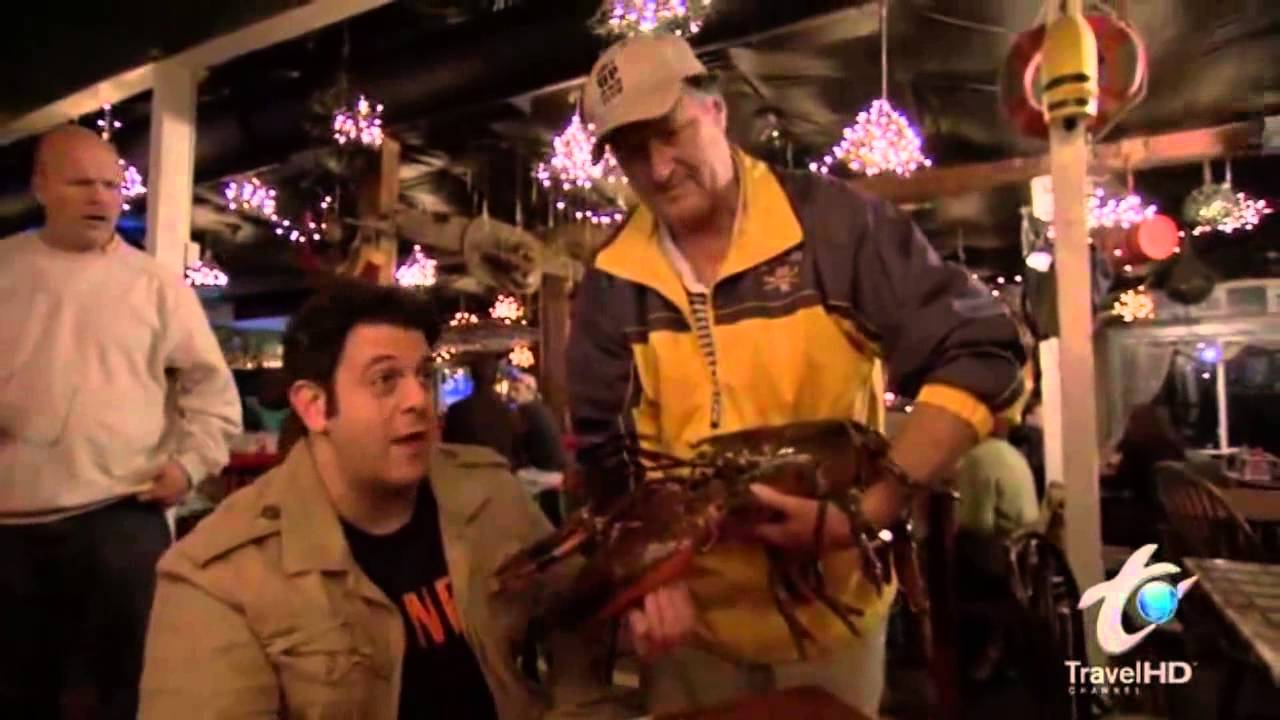 Adam Richman has since described the Kodiak Arrest as his favourite challenge (Credit: Travel Channel)

Labelled by Richman as his favourite eating challenge of all time, what made the Kodiak Arrest so memorable was the array of unusual ingredients that it contained.

Instead of beef and chicken, this challenge contained Alaskan king crab and reindeer sausage, making it as delicious as it was enormous. To top it off, Richman became the first competitor to successfully finish the entire feast. 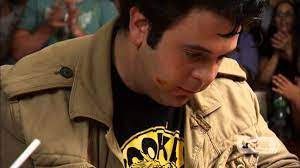 Adam Richman made a stunning comeback to beat the Suicide Six Wings challenge at the second attempt (Credit: Travel Channel)

Everyone loves a comeback. An early MvF episode saw an inexperienced Richman fail at the Suicide Six Wings challenge after a single bite.

An older, wiser host subsequently returned to the site of his greatest failure, only to successfully complete the challenge that had previously thwarted him. Redemption: complete.

Read More: These are the 10 best takeaways in London

It’s easy to dismiss much of Man v. Food as greed for greed’s sake. But, if you actually consider what is being attempted on screen, there’s no denying that some of what takes place is seriously impressive.

It might not be the most meaningful show on earth, but the best Man v Food challenges certainly provide substantial food for thought.