Gordon Ramsay fans often wonder what happened to the restaurants on Kitchen Nightmares.

It's no secret that working in the restaurant industry is tough. We might now be getting used to the glamour of gleaming plates and philosophising chefs, but behind the scenes it’s all about graft. The stats don’t lie.

Two separate studies from Perry Group International and The Restaurant Brokers concluded that most new restaurants close within a year, and of those that make it through, 70 per cent close after five years.

With that in mind, whatever did happen to the restaurants on Kitchen Nightmares?

Did Gordon Ramsay manage to save the day? Here's everything you need to know. 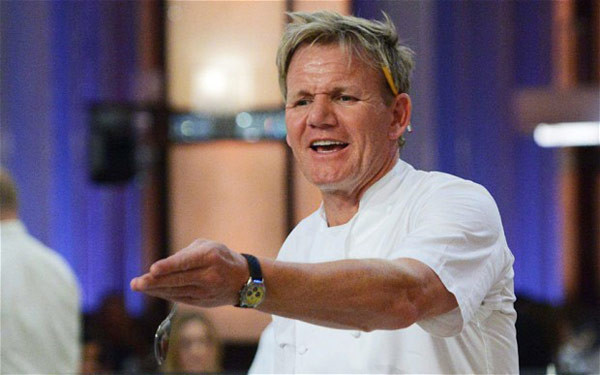 What happened to the restaurants on Kitchen Nightmares?

If there's one show that highlighted how tough the restaurant business is, it's Gordon Ramsay's Kitchen Nightmares.

For 11 glorious seasons, Kitchen Nightmares entertained audiences on both sides of the Atlantic and redefined what it meant to run a bad restaurant.

However, just what happened to the restaurants which received the Ramsay treatment? Let's find out...

An episode that will forever go down in reality TV folklore for a dramatic exchange between server Michael and his brother - restaurant owner Nino. After an Oscar-worthy imitation of his brother's management technique, Michael finds himself at the centre of a full-on family feud.

Despite the drama, Ramsay was actually able to turn Nino's sinking ship around, before the family finally retired from the industry in 2016.

It's tough to imagine employers less suited to the world of work than the couple in charge of Amy's Baking Company. The Arizona eatery put the "con" in confectionary. Despite advertising a display of beautifully presented pastries, Amy's are shown to bully customers who complain.

They also took money from employees and were in total denial about their lousy food. Marking the first time Ramsay ever walked off a Kitchen Nightmares case, it's little surprise that the restaurant folded in 2015.

The first business to ever feature on the show, it set the tone for the calamities to come. Once a successful, family-run business, Peter's Italian Restaurant was bled dry by a fake-tanned owner more interested in mimicking an extra from Goodfellas than running a restaurant.

The episode features brawls, shouting matches and intense discussion over broken freezers. Though Ramsay eventually managed to persuade Peter to clean up his act, it seems a leopard cannot change its spots. Peter's closed in 2008.

If there's one thing that Kitchen Nightmares does better than almost any other show, it's family fallouts. Zayna's Flaming Grill is a fine example. At the start of the episode, Ramsay interviews co-owners Fay and her niece Brenda, who both feel that the other should no longer be a part of the business.

As you might expect, communication became an issue over the next 40 minutes. However, having received the Ramsay treatment, Zayna’s Flaming Grill came under new management in 2015.

They successfully turned the ship around and are consistently rated as good or excellent on TripAdvisor.

Some people are just never meant to lead. After inheriting the booming Seascape business from his father, owner and all-round wet blanket Peter was in dire straights when Ramsay arrived.

Battling a bullying head chef and disapproving staff members, Ramsay did everything to try and spark some life into his charge. But it was to no avail. Despite his best efforts, Seascape closed five months after Ramsay left.

At first glance, Luigi’s D’Italia seemed like a classic doomed business. Angry family members, stubborn chefs and slack staff all combined in what looked like a perfect storm of uselessness. But, as it turns out, miracles can happen.

After enjoying Ramsay's help, the restaurant received a stellar review from a local newspaper and has gone on to open a new location off the back of their newfound success. However tough it may be, it is still possible for a business to wake up from a Kitchen Nightmare.

Cooking isn't all about fun and games. In the ninth episode of season one, Ramsay and his crew descended upon the owners of Campania – an Italian restaurant in New Jersey. The team set about trying to coach the kitchen out of poor financial management and ludicrously unprofessional behaviour.

To a certain extent, they succeeded. In 2008, chef Joe was awarded the title of "Best Chef" in the county. That was when tragedy struck. Eight days after selling Campania in 2010, Joe took his own life allegedly after an extra-marital affair with a waitress at the restaurant.

Do any of the restaurants on Kitchen Nightmares survive?

Judging by what happened to the restaurants on Kitchen Nightmares, clearly the show is no guarantee of success.

Of the combined 105 restaurants across both the British and American versions of the show, a whopping 76 per cent have closed.

READ MORE: Here's what happened to the winners of Kitchen Nightmares

Only two restaurants of the 22 featured in American seasons one and two have remained open.

As tempting as it is to believe in Ramsay's powers, restaurant success isn't a matter of parachuting in a celebrity.

In the end, what Kitchen Nightmares really teaches us is that keeping a bad restaurant afloat is incredibly hard.

You might find Ramsay objectionable and rude, but no one could deny that this is an industry he knows. If even he can’t find a way to save a struggling business, it’s tough to see how anyone could have managed it.

To that extent, perhaps closure rates don’t really matter. Even if only a handful managed to make a success of themselves, maybe that's the best that we could ever have hoped for.