Can you have a picnic in a cemetery? Historic American tradition explained

For some people, asking can you have a picnic in a cemetery might seem like a needlessly morbid way to eat outside. After all, pork pies look a lot less tasty when you're next to a corpse.

However, despite some slightly macabre connotations, this question is more complicated than it might seem. In fact, if you know your picnic history, it's clear that cemeteries and dining go together like sausage rolls and piccalilli. 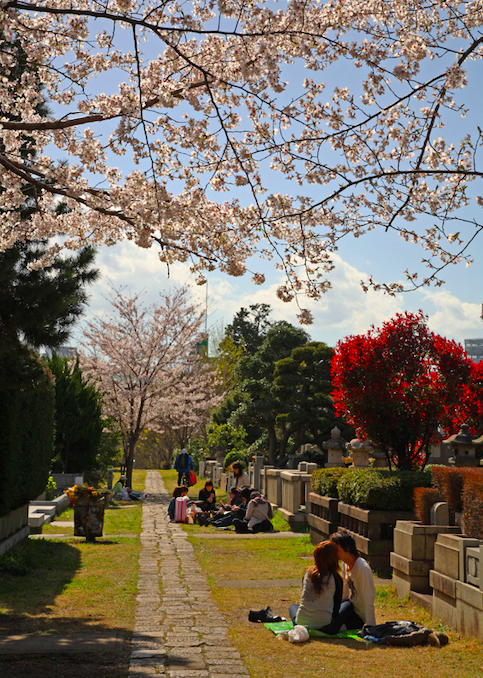 Picnicking in cemeteries actually has a long tradition (Credit: Alamy/philipjbigg)

Who would want to picnic in a cemetery?

In America’s oldest and most historic cemeteries, a bit of digging reveals some amazing snapshots of past picnicking customs. Early photographs show lines of men and women heading to leafy burial grounds, preparing for a perfectly innocent day out.

There are several reasons why 19th-century picnics were more morbid than they typically are today.

For starters, rampant disease and poverty meant that mortality rates and life expectancy were considerably lower for everyone. Death was a daily part of life.

Read More: Picnic food ideas and traditions around the world

Though tragic, this also meant that many people were more in touch with the concept of mortality. Hence, a visit to the graveyard would not have felt so alien.

Spending time in cemeteries was, for many, the only way to reconnect with loved ones who had passed before their time. Families would gather around the graves of children, parents, brothers and sisters, swapping stories and sharing food with one another away from the squalor of the inner city.

It wasn’t just the opportunity for relaxation that inspired visitors to flock to the cemetery. In an era before public parks, relatively verdant graveyards provided a chance to spend time away from the increasingly dirty, grey and polluted streets of the city centre.

Check out these 12 incredible picnic hacks from the Twisted team!

The 19th century is certainly not the only historical instance of families using food as an excuse to spend time with departed loved ones.

In Ancient Rome, for instance, an annual celebration known as the parentalia commemorated the spirits of deceased ancestors. The festival involved family members transporting a carefully prepared banquet to offer to the spirits of dead relatives, before themselves dining around the tomb.

Similarly, many cultures across Asia continue to prepare food for the dead to this day. These examples show that the link between food and death is stronger than you might imagine. 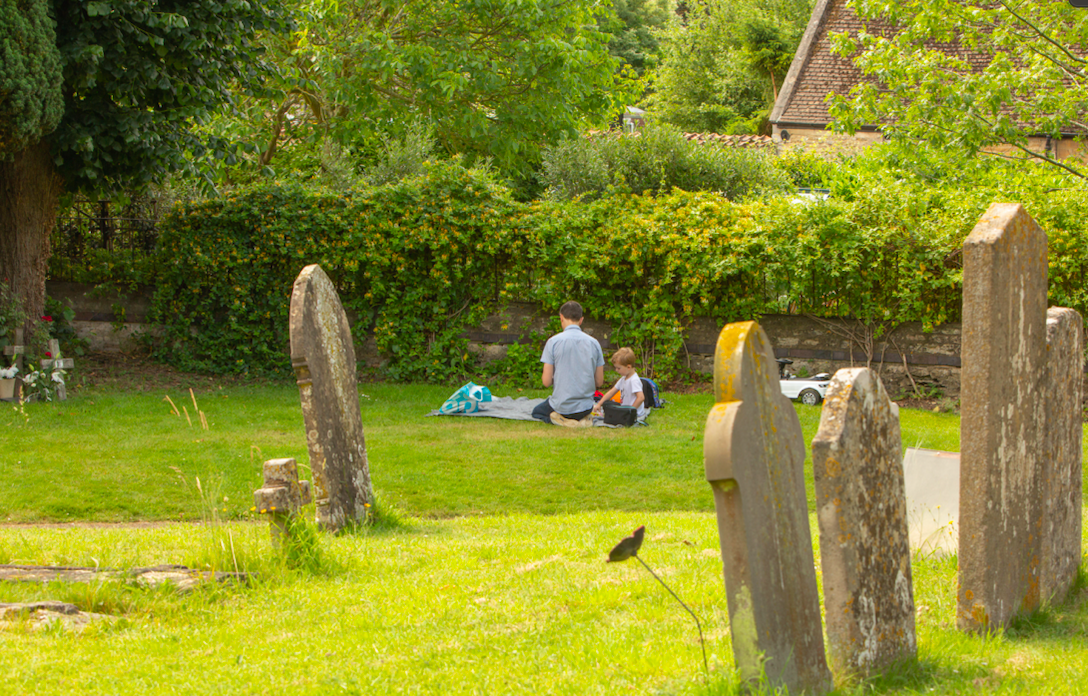 Picnicking in cemeteries is not strictly an American tradition (Credit: Alamy/Bob Caddick)

Can you still picnic in a cemetery?

Despite this long-established connection, the American obsession with graveyard dining began to wane at the start of the 20th century.

Rapid medical advances made premature death a less significant threat. In addition, new networks of public parks began sprouting across the country. This made American families far less concerned about sharing their leisure time with the dead.

Read More: Why do we eat pancakes on pancake day?

Today, many cemeteries have actually banned the practice outright due to concerns over littering. However, some American cemeteries continue to allow picnickers to bring meals onto the premises.

Away from the United States, cultures across the world still practise presenting food to departed ancestors. The importance of food in spirituality and religion cannot be underestimated.

Understanding this history reveals a strong link between death and eating. Given everything, it’s small wonder that we all once enjoyed our picnics in the company of our dearly departed.