"As much cheese as possible!" - 'Mac Factory' chef shares his top tips for how to make mac and cheese

As summer turns to winter, knowing how to make mac and cheese is perhaps the most essential survival skill a cook can have.

When the wind is howling and you're staggering around the house wearing your entire jumper collection, you'll be grateful that you can whip up a hot bowl of carby joy.

READ MORE: What is the cheesiest food in the world?

Of course, making a delicious pot of mac and cheese isn't always easy. As with anything in the kitchen, there all sorts of potential pitfalls.

This is why, when times are uncertain, it's best to turn to the experts. 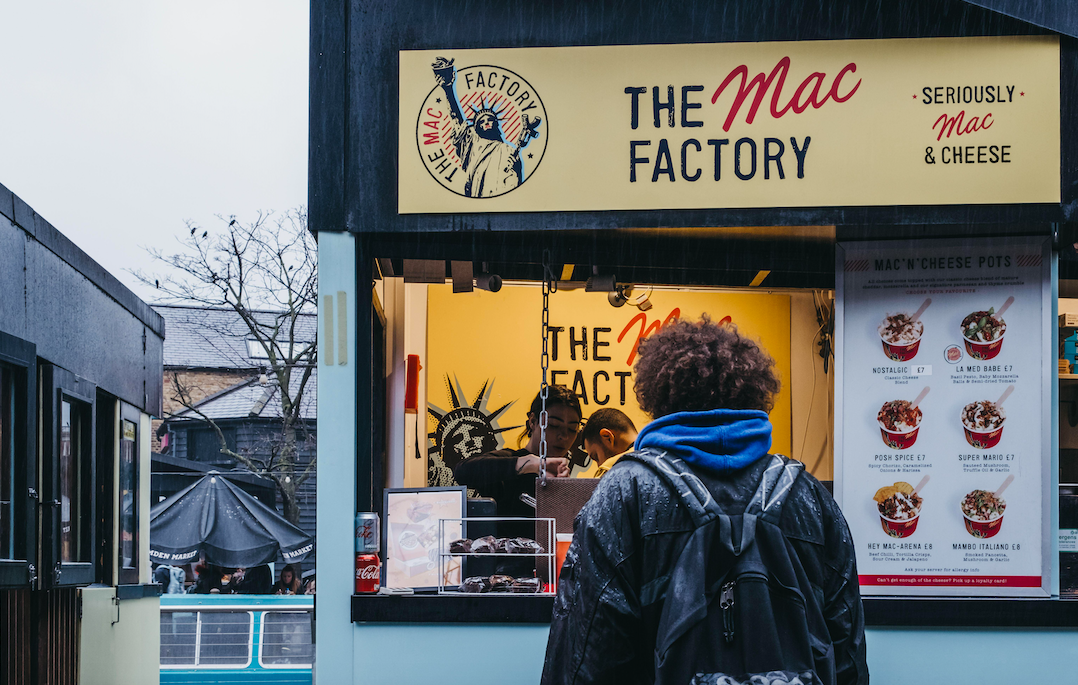 The Mac Factory is not your average street food stand. Sitting slap bang in the middle of Camden Market’s trendy food court, it brushes shoulders with more burgers, buttermilk chicken strips and breadcrumbs than you could eat if you had a month to train alongside Joey Chestnut.

But, while other stalls might offer customers a selection of treats, the Mac Factory makes one thing and one thing only. As the name suggests, the restaurant is a monument to mac and cheese.

Founded in 2014 by Graham Bradbury, the business is inspired by the legendary mac and cheese vendors of New York and builds on that city’s “grungy” aesthetic and obsession with pasta. Bradbury himself started shifting mac and cheese via home delivery back in South Africa, before moving to London and working in a string of Michelin-starred restaurants.

However, after becoming “inspired by the street food scene” that began booming across the capital at the start of the decade, he decided to sack off the quenelles and commit to mac full time. 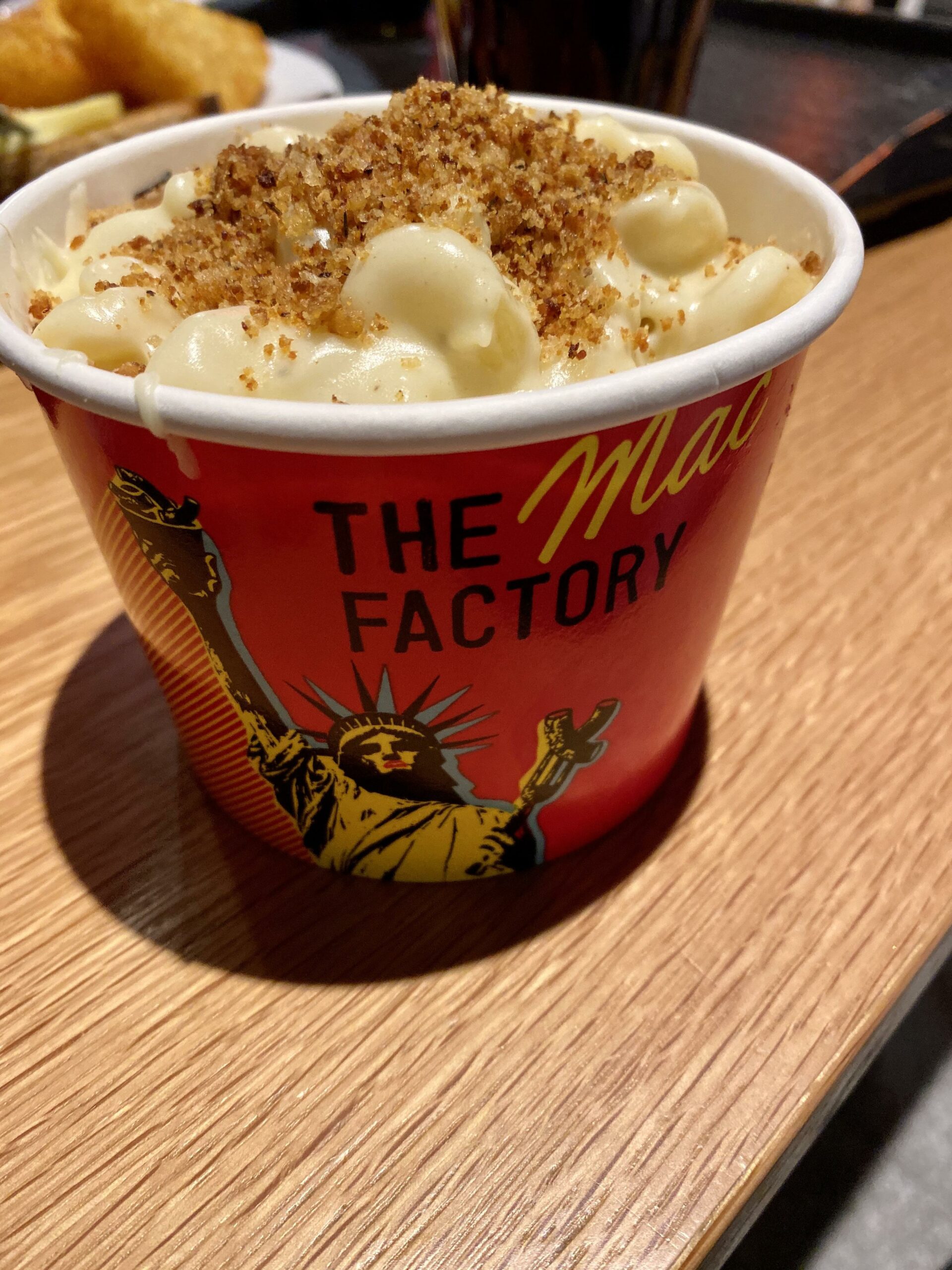 A pot of classic mac and cheese from the Mac Factory (Credit: Alamy/ceesta90)

What's on The Mac Factory menu?

Today, the Camden branch serves up six riffs on the classic creamy mac and cheese formula, all built around a tasty foundation.

This base is made from a basic bechamel sauce, infused with generous fistfuls of heady, sharp English cheddar. Bradbury reveals that he sources his cheese from Carron Lodge, an artisanal cheesemaker specialising in produce with a punch.

Cooked macaroni is also added to the mixture, as well as chopped parsley, salt, and pepper, before a sprinkling of mozzarella gives the sauce a satisfying springiness. The pasta is served al dente, with plenty of bite.

READ MORE: What animals does cheese come from?

At Bradbury’s suggestion, we opt to try a caramelised onion, harissa and chorizo-smothered “Posh Spice”, which turns out to be the ultimate antidote to the cold November air. Each item is served with a sprinkle of the Mac Factory’s signature parmesan and thyme crumb, packing even more flavour into an already explosive pot.

Clearly, the combination of ingredients already available is enough to get tummies rumbling all over the city. But Bradbury and the Mac Factory have ambitions beyond the food court.

After establishing themselves as a Camden Market stalwart, they are now keen to expand the cheesy empire. New ventures in Oxford and Putney promise a more expansive look at what mac and cheese tapestry can truly offer.

The Oxford branch, for instance, is already serving specialities such as mac and cheese-topped hot dogs. Putney, on the other hand, will provide a breakfast menu and a vegan version of the stall’s classic recipe.

It’s definitely a good time to be a mac fan in southern England. 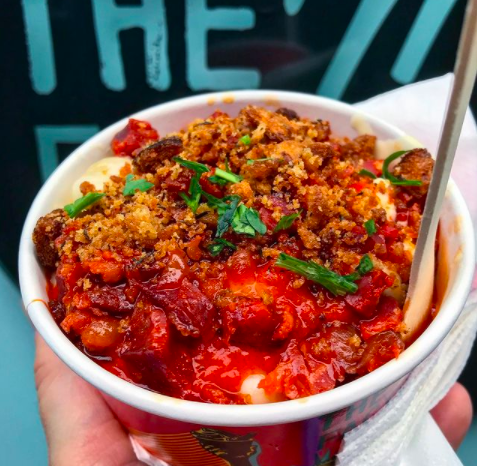 The chorizo and harissa mac and cheese is particularly delicious (Credit: Greedy Tourists)

How to make mac and cheese

Understandably, anyone who isn't within easy reach of Camden Market may be experiencing pangs of hungry jealousy. However, for those who can’t pop over for lunch, Bradbury has a few tips.

For starters, experimentation and resilience are key. Bradbury told us that he couldn't believe that "nobody ate" his short-lived “scallop and curry cream” flavour, despite its deliciousness. Perseverance, it seems, is central to perfecting the mac formula.

Secondly, and perhaps most excitingly Bradbury revealed that adding “as much cheese as possible” is crucial. As he put it, “people come (to Camden) specifically for the mac and cheese” because it is so cheese-heavy.

Small wonder that customers now come from across London to check out The Mac Factory menu.