Anyone who claims to have come up with the best-ever scrambled eggs recipe should immediately be treated with suspicion.

When it comes to eggs, it seems that everyone has a preferred technique. Arguing why one is superior to another is inevitably destined to end in tears.

That being said, there are times when you have to put aside personal pride and admit when someone has discovered something genuinely game-changing.

To the consternation of egg-lovers everywhere, we can confirm that we have now officially found the best scrambled eggs recipe ever. Try not to kill each other in the comments. 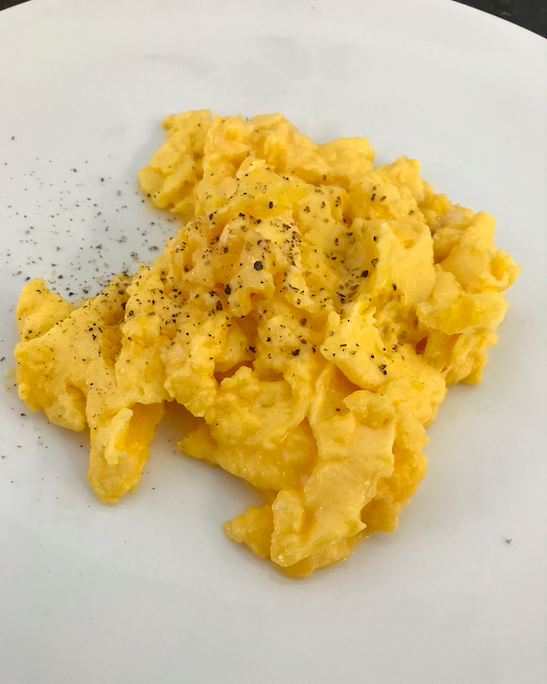 Much to our surprise, the best scrambled eggs recipe comes courtesy of The New York Times.

Written by food writer and chef Kenji Lopez-Alt, and inspired by food blogger Mandy Lee, the dish sounds on paper like it should be a disaster. However, trust us when we tell you, that the results really are to die for.

The key ingredient is the addition of starch. You might assume that adding any thickening agent would seriously compromise the delicate fluffy strands of yolk and white. As it turns out, it makes everything exponentially more delicious.

READ MORE: How To Make Eggs That Are Both Fried And Scrambled Because... Why Choose?

As Kenji Lopez-Alt explains: "Adding a small amount of a starchy slurry to scrambled eggs...prevents them from setting up too firmly, resulting in eggs that stay tender and moist, whether you like them soft-, medium- or hard-scrambled."

In fact, all that's required is mixing two teaspoons of corn, potato or tapioca starch with one-and-a-half tablespoons of water. This mixture should then be whisked in with the eggs before they hit the pan.

The result is eggs that maintain a perfect textural balance between soft and springy, without ever becoming sloppy or solid. In other words, everything you could ever want from a scrambled eggs recipe. 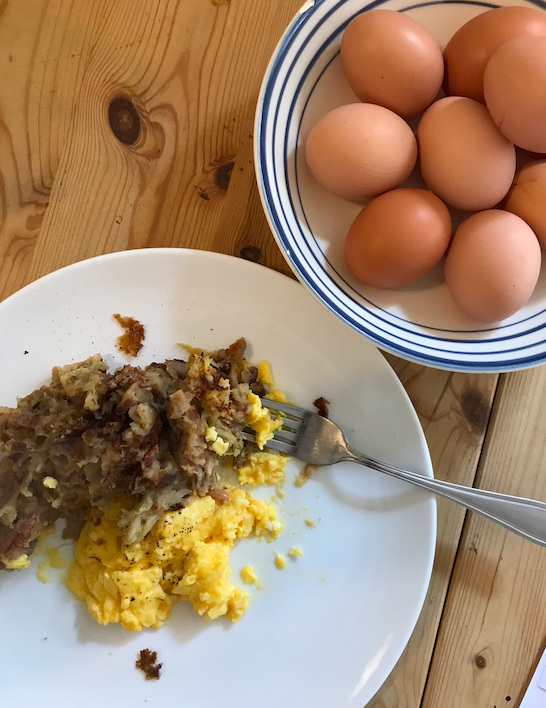 How to make scrambled eggs

Although starch is the secret ingredient in the dish, it isn't the only technique that takes these eggs to the next level.

Kenji Lopez-Alt also recommends adding a splash of water to your pan before adding butter, as waiting for this to evaporate will ensure everything is at the correct temperature. He also suggests folding two tablespoons of cold butter through your egg mixture before cooking.

Other than this, however, the technique is much like any other standard scrambled egg recipe, both in terms of technique and ingredients. The real point of difference is the secret starch.

As we've already alluded to, it takes a lot for people to accept a new egg recipe. Judging by the comments in The New York Times, Kenji Lopez-Alt's dish has already made an impact.

For instance, one fan declared, "Ignore the reviewers who didn’t actually make this recipe and touted their own homemade concoctions. This recipe is fantastic."

Having tried it for ourselves, we have to begrudgingly agree. It turns out that, when it comes to eggs, it's sometimes best to approach things with an open mind.