The broodje kroket might just be the perfect sandwich.

Featuring a soft white roll, fierce mustard, and a crispy, deep-fried ragu tube, this Dutch icon delivers on every conceivable level. Small wonder it's a stalwart everywhere from street food stalls to Amsterdam's many McDonald's.

Ahead of the first episode of our brand new show, Sandwich Goals, we talk to the experts about what makes a broodje kroket so special. As it turns out, there's much more to it than just meat. 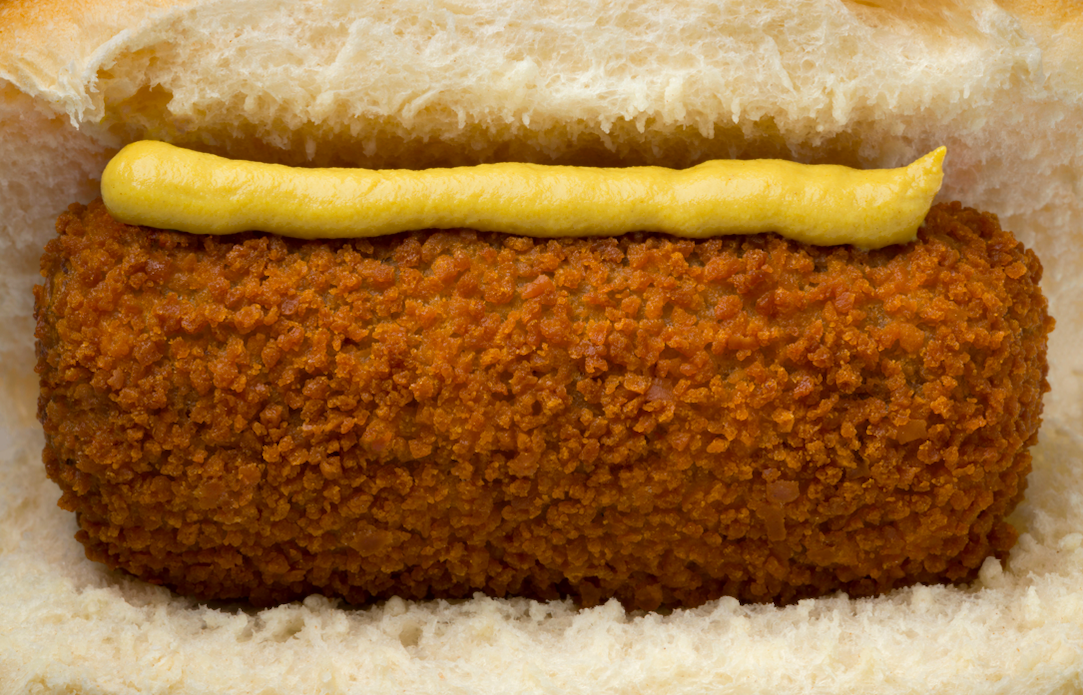 What is a broodje kroket?

Despite its legendary status, a traditional broodje kroket is actually incredibly simple. Essentially, the only ingredients you need are a crispy meat croquette and bread. However, this simplicity belies a more complex origin story.

Although croquettes are a staple ingredient in many European cuisines, the Dutch really got on board with the concept after World War Two.

Several national suppliers began mass-producing beef kroketten, causing them to become an incredibly popular fast food. In some cases, the dish had a less than savoury reputation.

For years, krokets had to contend with vicious rumours about their contents. Accusations swirled that they were stuffed with everything from offal to butcher's waste.

Still, despite this negative PR, the Netherlands soon fell head over heels for the delicious snacks. Today, an estimated 350 million kroketten are consumed every year.

As sandwich-lover and kroket aficionado Wouter Heeren, of the Dutch band Chef'Special puts it: "It's one of those things Dutch people get a craving for when they are in a foreign country for a longer time.

"There are a few Dutch food products that are very popular here, and aren’t sold anywhere else in the world, or at least not the 'right' version of it."

It's no wonder so many people love stuffing them into sandwiches. 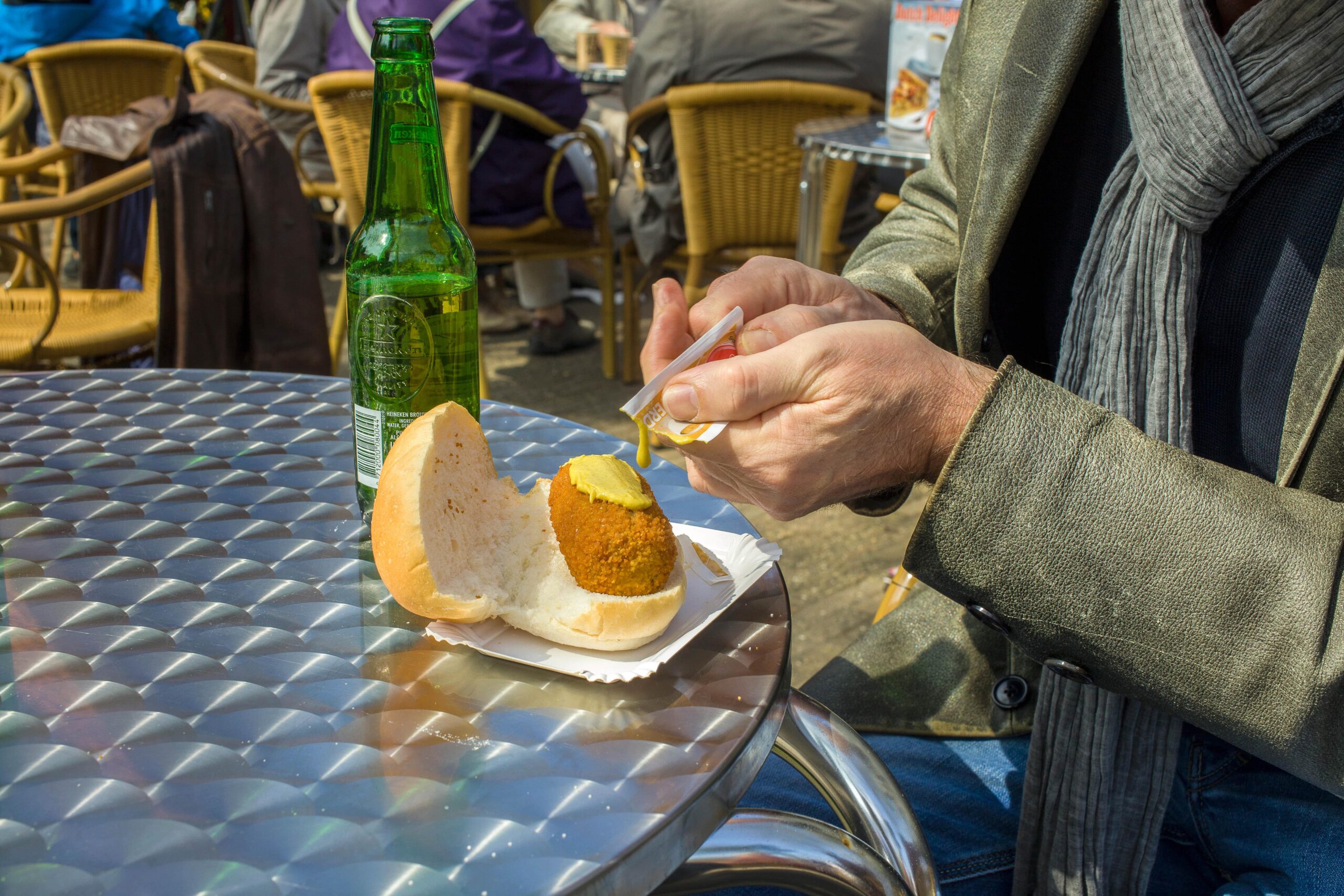 Broodje krockets are widely eaten across the Netherlands (Credit: Alamy/Photopat)

Kroketten are now an intrinsic part of the Dutch food scene. The dish has proliferated into hundreds of different varieties, each offering something unique.

In addition to the traditional beef, options include satékroket – filled with a rich satay peanut sauce – and goulashkroket. This diversity continues to make the kroket concept incredibly appealing to enterprising cooks.

However, in the great pantheon of delicious kroket options, one example literally stands head and shoulders above the rest.

In 2007, legendary kroket producer Van Dobben set out to make the largest broodje kroket ever seen. This record-breaking sandwich measured 1.3 metres long and took 2000 litres of oil to fry.

It just so happens that Chef'Special's Wouter Heeren was watching on as this mighty broodje kroket was unveiled. As he describes it: "That was a scene I will never forget. It was organized by one of the biggest krokettenbrands in the Netherlands,  on a square in Amsterdam.

"I went there with a friend because we thought it was funny... It was way too crowded because they were handing out free kroketten, and if there are two things the Dutch like, it’s free things and kroketten.

If that doesn't whet your appetite for a deep-fried meat sandwich, nothing will. 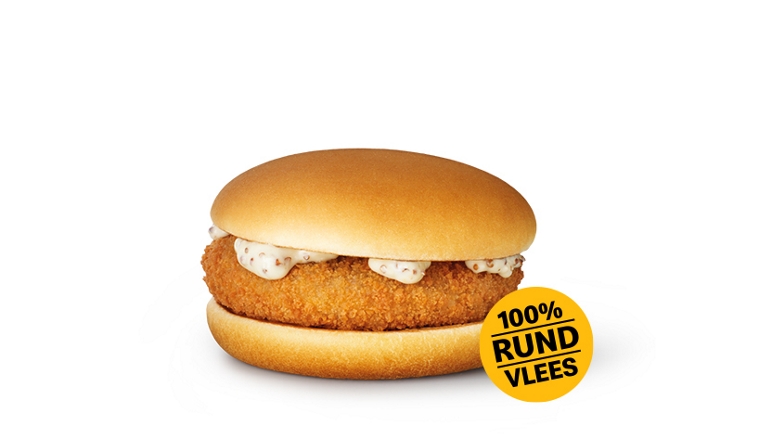 The McKroket is McDonald's take on the popular sandwich (Credit: McDonald's)

Where to eat broodje kroket

Broodje krokets are so popular that they are available almost anywhere in the Netherlands. One of the most notorious examples is actually served at fast food chain McDonald's and features a special "mckroket" patty.

However, if you want to get a taste of the real thing, there are a few places that are a must-visit. According to Wouter Heeren: "I personally like the 'Febo'. It's a Dutch snack franchise that you used to be able to find on every street corner, and they had so-called 'snack walls' where you could put coins in, and open a tiny door to get your snack out.

"I think they have a good vegetarian option as well. A few weeks ago I was in a restaurant in Haarlem where I had a kroket based on oyster mushrooms, and it was delicious. So the kroket absolutely works as a vegetarian snack too!"

There are some seriously OTT sandwiches across the European food scene. However, if you want to enjoy a dish that's both satisfyingly restrained and yet seriously overindulgent, it's tough to beat a broodje krocket.