When it comes to game day dining, it's easy to fall into the same tired menu. Chicken wings and nachos are obviously awesome, but there's more to life than buffalo sauce.

Fortunately, there are plenty of places you can find inspiration. 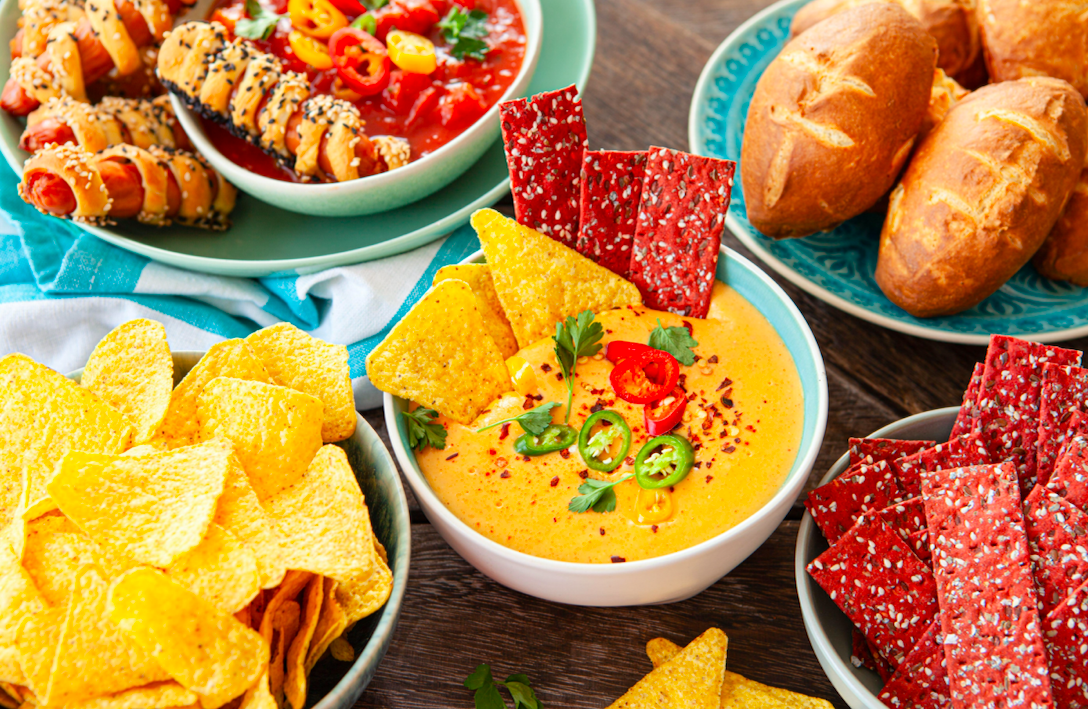 To turn your next Saturday into a culinary extravaganza, we've scoured the internet for some of the best game day food ideas around the world.

In this guide, we've included some of the most popular dishes in the whole of sport - all of which would make an excellent addition to any game day menu. 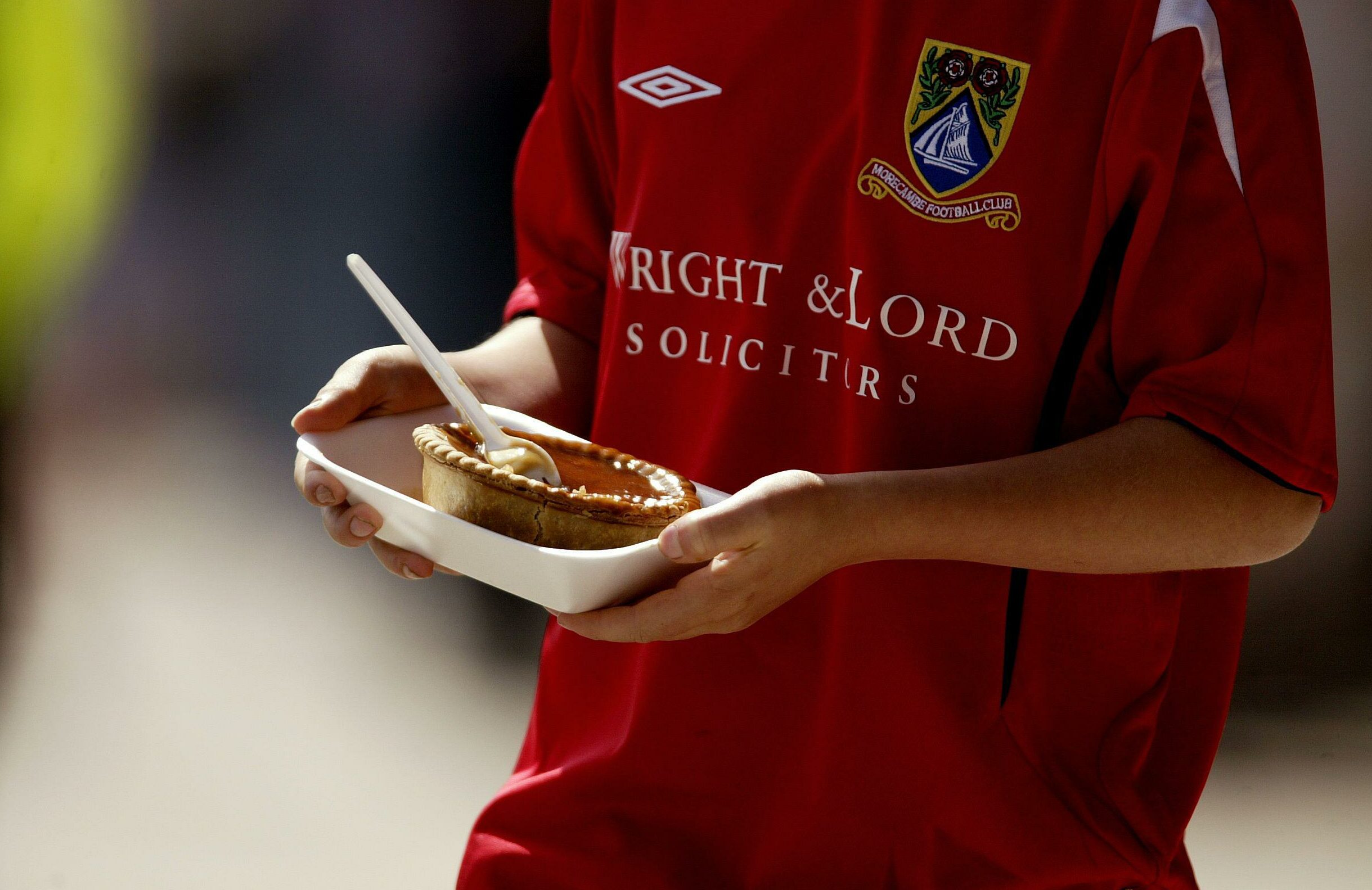 The pies at Morecambe Football Club are legendary (Credit: Alamy/REUTERS)

English football fans’ love affair with pie is like a gravy-laden Romeo and Juliet. Every Saturday across the country, mountains of meat and pastry make even the most miserable defeat infinitely more bearable.

Though there are hundreds of worthy examples, the undisputed kings of the matchday pie are Lancashire club Morecombe, whose pastries have won several accolades over the years. Boasting gravy “so rich it has its own offshore bank account,” according to one discerning critic, Morecambe might be your best bet for the quintessential football pie experience. 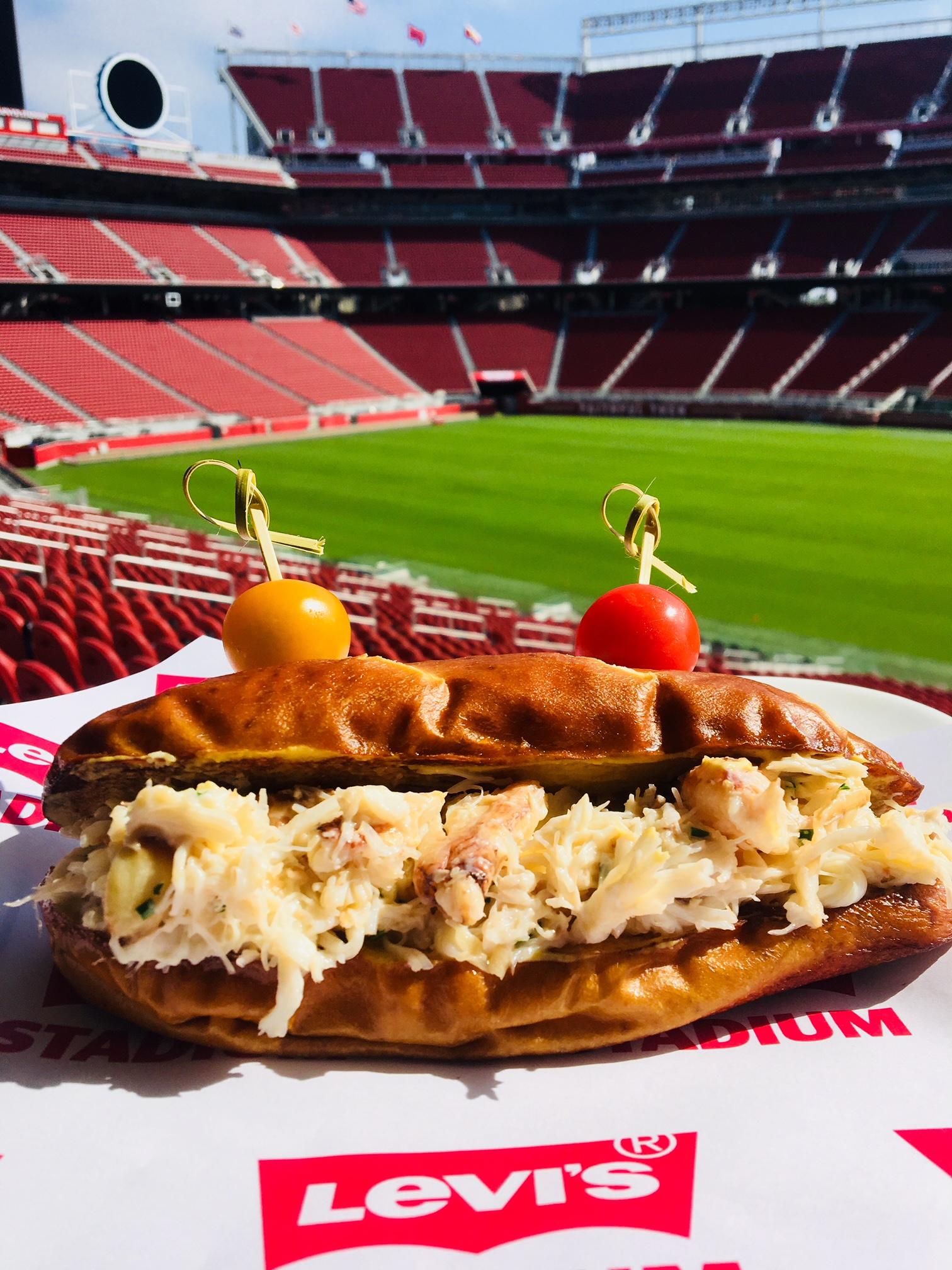 The Dungeness Crab Pretzel is available at the Levi's Stadium (Credit: Twitter/LevisStadium)

Great stadium dining doesn’t have to be rough and ready. At the San Francisco 49ers’ Levi’s Stadium, for instance, hot dogs and dodgy chips are the last things on the minds of hungry NFL fanatics.

At the stadium’s hospitality-heavy Touchdown Terrace, visitors can gorge themselves on treats like the imposing “Dungeness Crab Pretzel”. A butter-toasted pretzel baguette, stuffed with knuckle and claw meat mixed with aioli, dijon mustard and chives, this sandwich is proof that sophistication doesn’t mean skimping on deliciousness. 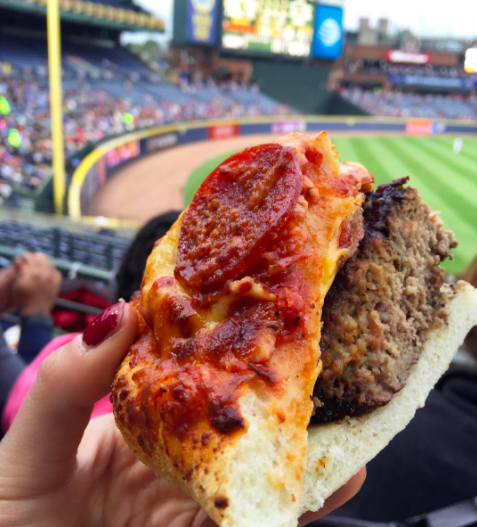 The Burgerizza is a legendary fixture of the Atlanta food scene (Credit: Instagram/chicagofoodgirl)

Then again, sometimes subtlety and snobbery are the last things you want from your game day food. Just occasionally, what you really need is a colossal quantity of calories crammed into the sort of fast-food mash-up that would make Adam Richman sweat.

READ MORE: What are the best ever Man v Food challenges?

Step forward, the “Burgerizza”. Served at SunTrust Park, home of the Atlanta Braves, the Burgerizza does exactly what it says on the tin, stuffing a 20oz beef patty, bacon and cheese between two eight-inch pepperoni pizzas. Like the demented dream of a ravenous 12-year-old, the Burgerizza is awe-inspiring, and probably a terrible idea.

Check out Tom's incredible meatball recipe from Twisted: A Cookbook: 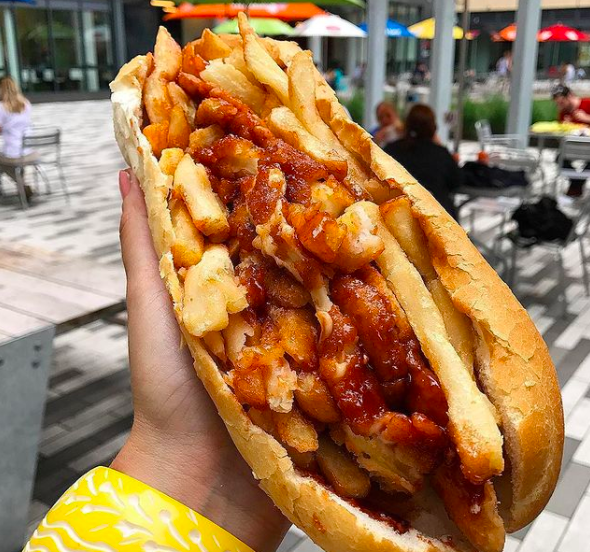 Speaking of the star of “Man v Food”, one of the show’s most popular episodes showed just what’s possible when you cross dinner with competition. The “Fat Sandwich Challenge” at the R U Hungry grease truck outside Rutgers’ University’s famous football stadium attracts almost as many fans as the sport itself, as supporters flock to watch competitors take on an epic five sandwich feast.

To complete the challenge, you must put away your choice of sandwiches stuffed with everything from cheesesteak to chicken fingers. As game day food goes, this is definitely at the OTT end of the spectrum. 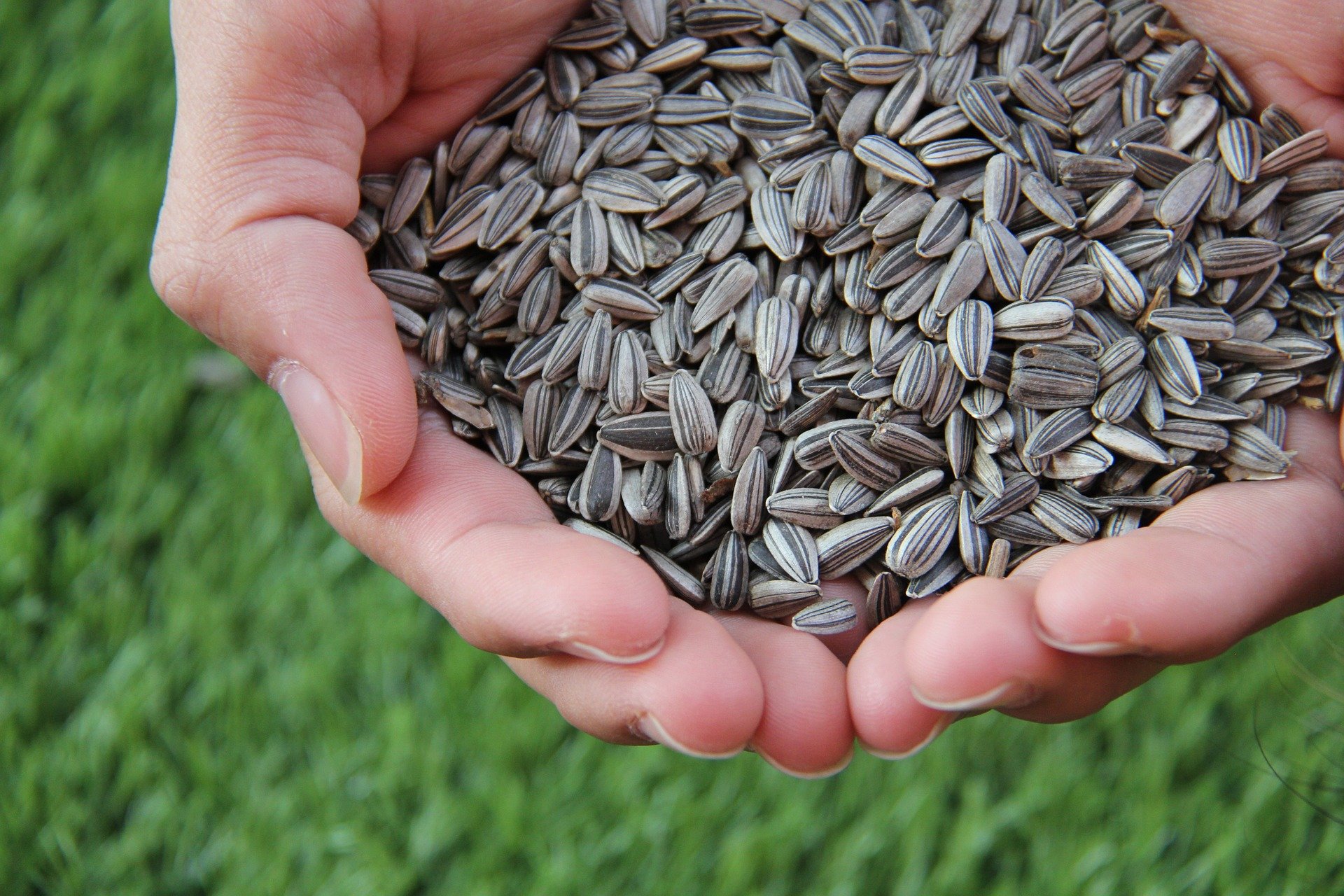 Not every matchday tradition has to involve chronic heartburn. In fact, some of our most enduring dining habits stray dangerously close to actually being good for you.

At Moscow's Luzhniki Stadium, supporters spend as much time scoffing salted sunflower seeds as they do watching the match. Ask anyone who regularly attends Russian matches, and they’ll tell you about the scree of chewed shells that cascade down the stalls after the final whistle. 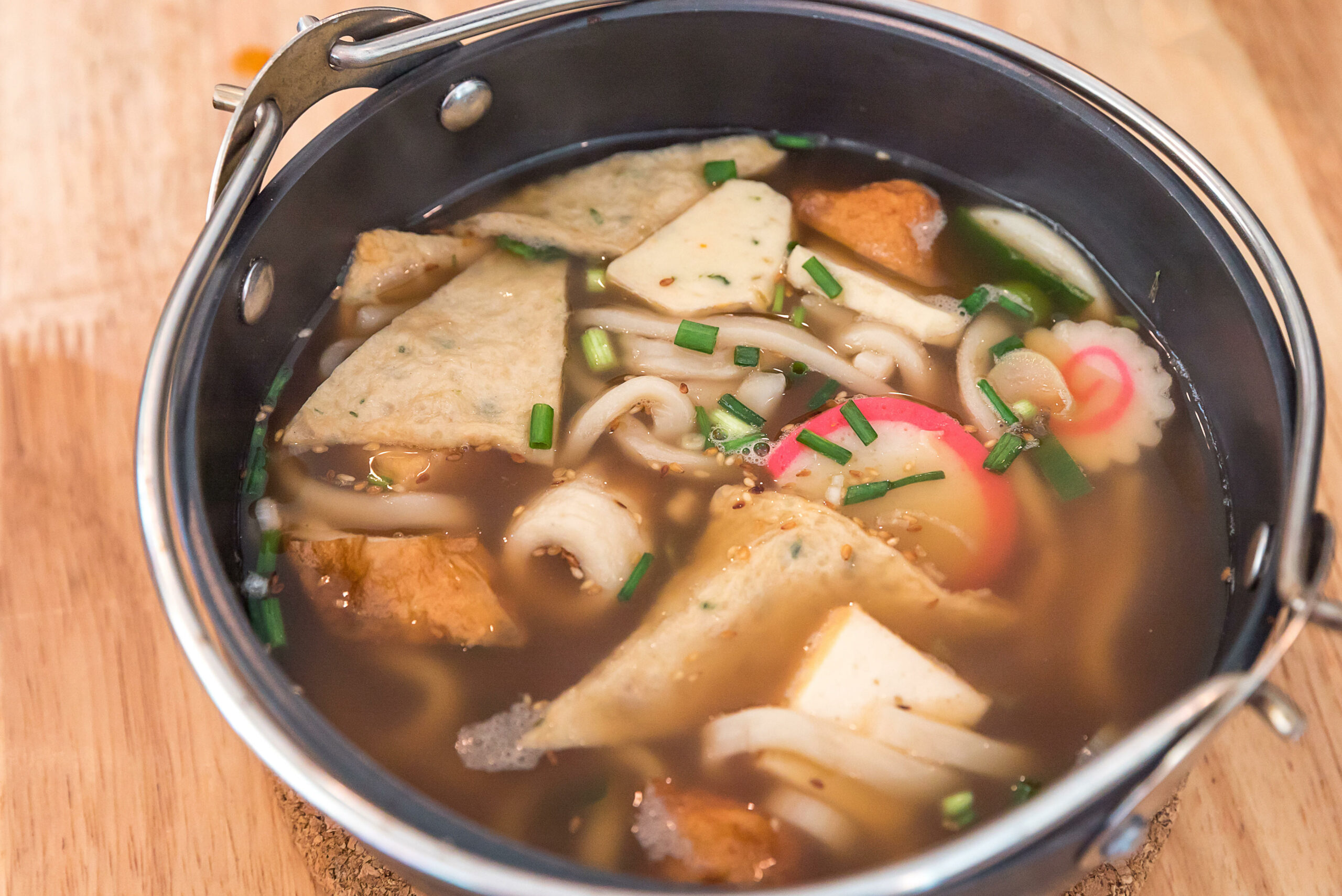 Chankonabe is a traditional part of a sumo's diet (Credit: Alamy/Panther Media GmbH)

Great game day food doesn’t have to be eaten exclusively by spectators. Some of the most iconic dishes actually form an integral part of the sport itself, proving that there’s much more to athletics than endless shuttle runs and weights.

An essential part of a sumo wrestler’s diet, “Chankonabe” is a Japanese stew laden with delicious morsels of chicken, fish, tofu, vegetables and anything else that goes well with broth. Usually eaten as part of a sumo’s weight-gain diet, the dish is also served at restaurants across Tokyo. 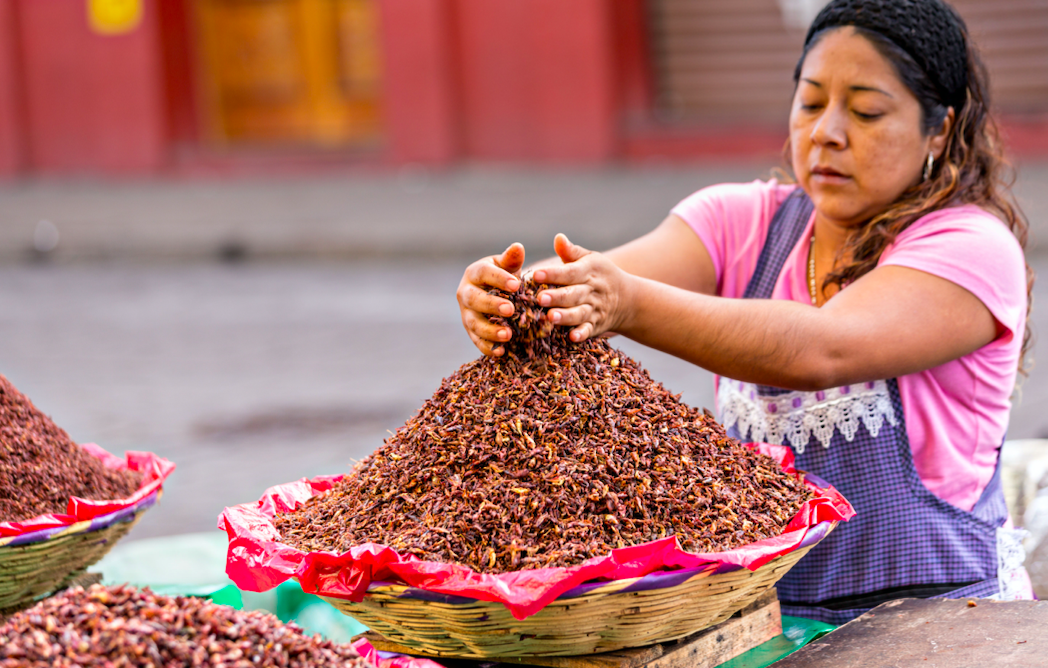 “Chapulines”, or deep-fried grasshoppers, have long been a staple snack in the Mexican state of Oaxaca, whether at a football game or any other sporting occasion. The spicy, salty, crispy dish has proved so popular that it has spread as far away as Seattle.

According to one source, around 1.2 million bugs were eaten at Seattle Mariners games during 2018, which just goes to show that great game day food can work anywhere in the world.

READ MORE: Discover some amazing picnic food ideas and traditions from around the world

Part of what makes game day so exciting is our individual rituals and traditions. Whether you’ve worn the same unwashed lucky shirt for 30 years, or only choose to sit in a particular spot on the sofa, everything we do around sport adds up to make a magical experience.

But, if you ever do feel like trying something a little different, your menu is a great place to start. As these dishes prove, there are some seriously tasty ways to enjoy sport.