When is Gordon, Gino and Fred back on TV? Latest news on ITV's 2021 series

As we remain stuck in the sitting room, travel-hungry ITV viewers could be forgiven for loudly asking when is Gordon, Gino and Fred on TV.

If we can't leave the country until the new year, we might as well try to enjoy three friends having a nice time on the road. Even if the whole thing seems smug in the circumstances, it beats staring miserably out the window. 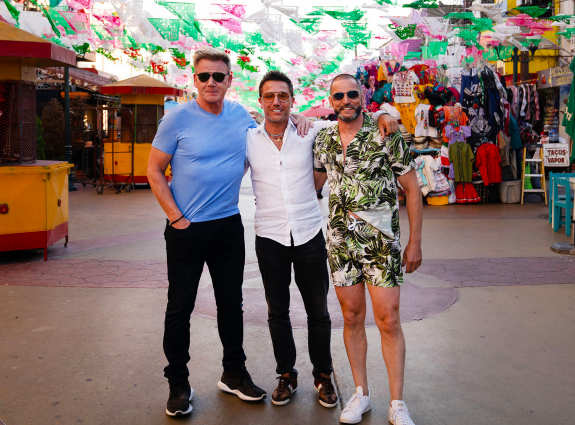 Gordon, Gino and Fred back has been a huge hit with fans (Credit: ITV)

When is Gordon, Gino and Fred on TV?

After an enforced delay due to the Covid-19 pandemic, ITV has confirmed that the trio will return to the small screen in 2021.

Like many travel shows, series three of Gordon, Gino and Fred encountered problems as a result of coronavirus. The show halted production due to the travel restrictions put into place around the world.

However, despite the doom and gloom, the show will be making is return in 2021.

This was recently confirmed by none other than Fred Sirieux, the flirtatious French hospitality superstar. In an interview with LadBible, Sirieux revealed: "Yes, it's happening. We've put the route and the travel plan together, we're going to go next year. I can't wait to get started. 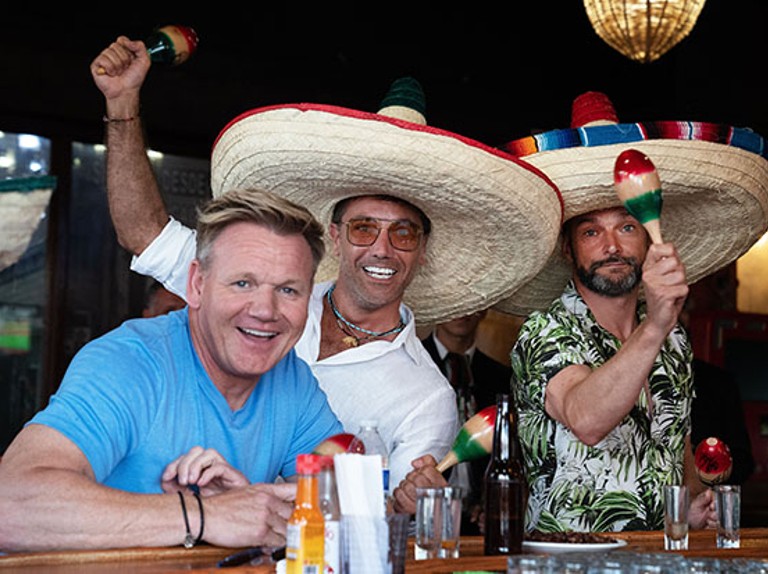 ITV has confirmed that the trio will return to the small screen in 2021 (Credit: ITV)

"I can't say where, but we've got the destination. We're putting the trip together no and it's looking pretty good, I have to say."

Although fans will welcome news of the series' return, there are still some questions hanging in the air. Aside from the nuts and bolts of when filming will actually be able to start, the most pressing is where it's going to take place.

READ MORE: What happened to Jamie Oliver's restaurants? Here's where is all went wrong

An insider from the production told The Sun back in May that the plan had been to shoot the series across Asia. Unfortunately, COVID quickly scuppered that suggestion.

Originally the plan would have seen the trio "heading to Asia", starting off in Nepal. Although Sirieux insists that they have a destination, it remains to be seen where exactly it will be. 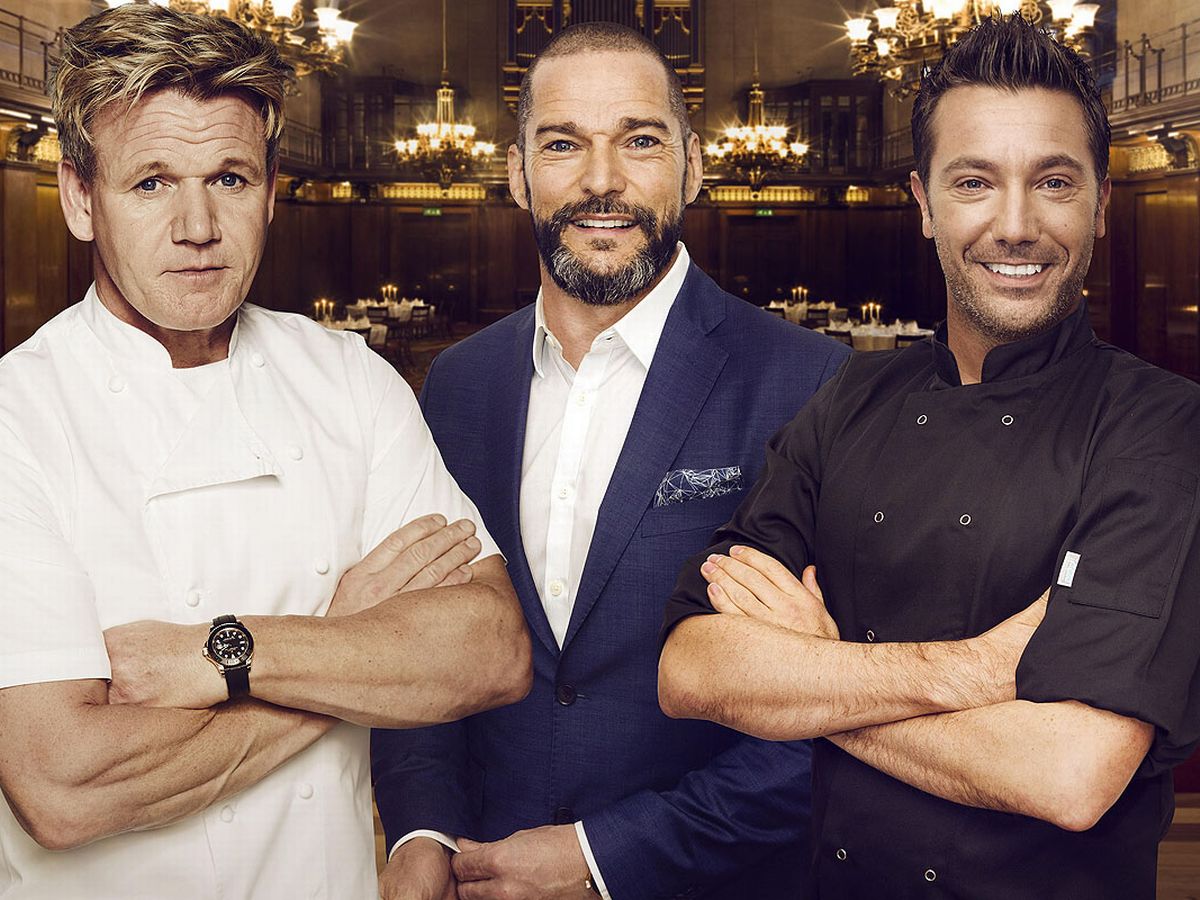 Gordon, Gino and Fred: American Road Trip is currently available to stream on both Amazon and ITV Hub (Credit: ITV)

Where can I watch Gordon, Gino and Fred on catch up?

Fortunately for fans of the most recent series, there are plenty of ways to get your fill of the gang.

Gordon, Gino and Fred: American Road Trip is currently available to stream on both Amazon and ITV Hub.

Amazon is also home to the original series, 'Gordon, Gino and Fred: Road Trip', which saw the trio traipse across Europe. If you prefer to enjoy bite-sized segments, ITV has also made shorter clips available on YouTube.

Even if we haven't got a new series to tuck into, there are still options for enjoying Gordon, Gino and Fred. 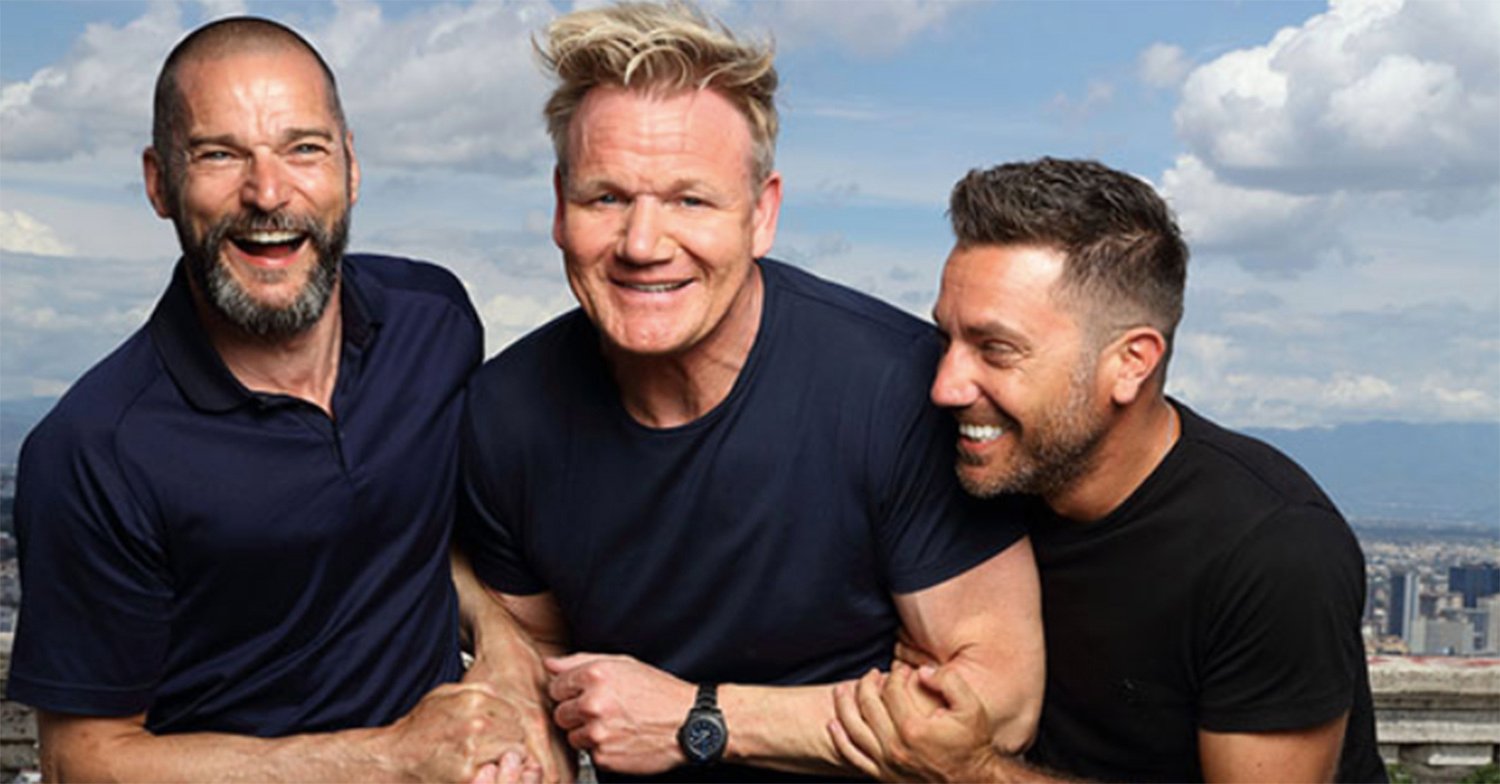 The trio are close pals in real life (Credit: ITV)

Are Gordon, Gino and Fred friends in real life?

Inevitably, as with every onscreen relationship, there are question marks over just how friendly Gordon Ramsay, Gino D A'Campo and Fred Sirieux really are.

However, in the case of these three, it seems that the friendship is more genuine than you might think.

For instance, in the interview with LadBible, Sirieux revealed:

"We're missing each other like crazy. I think about them all the time. We have a group chat, so I just put a message in there the other day to tell them I missed them and couldn't wait to see them.

"Gordon replied that he missed us more, with four kisses. Then Gino replied saying we should go for a drink, with five kisses."

Despite the obvious affection, there are signs that things might be about to get slightly more complicated. Last year, it was revealed that Ramsay's daughter Tilly has started dating Di Campo's son Luciano.

The remote prospect of Gino becoming his daughter's father-in-law led an enraged Ramsay to label the situation "a f**king nightmare" in an interview with Jonathan Ross. Clearly, even the firmest friendships can have unforeseen issues.