Why were hot cross buns banned and what is their religious meaning?

Hot cross buns are the quintessential Easter treat. The only reason February and March are even slightly bearable is that we can all start the day with a bite of sticky, sweetly spiced goodness.

But our relationship with buns hasn't always been straightforward. In fact, there was a time when the delicious treats were loaded with religious significance and were even, in some cases, illegal.

Here's the hidden history behind the nation's favourite buns. 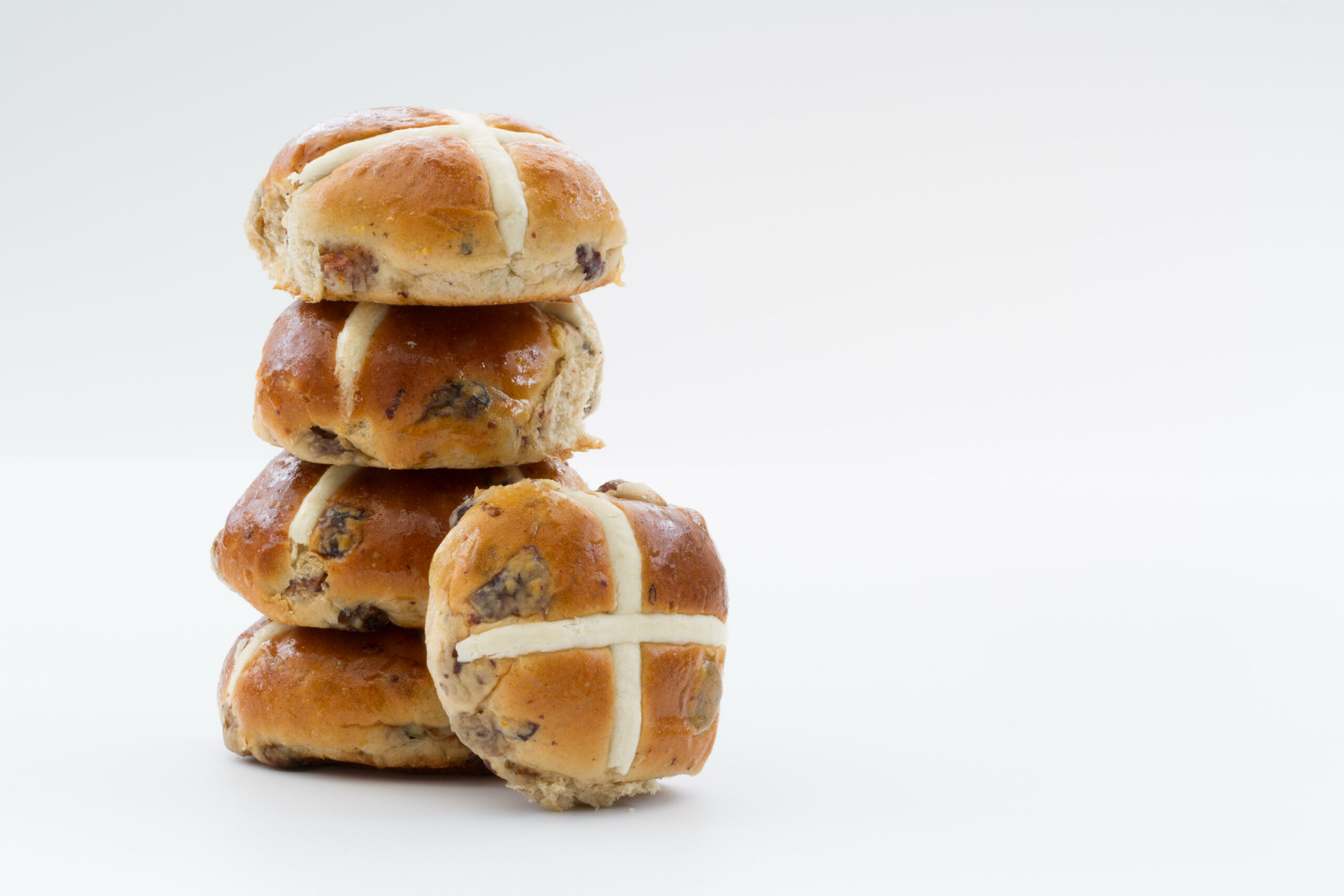 Hot cross buns have been around for centuries (Credit: Alamy/Clare Jackson)

Where do hot cross buns come from?

Though the exact origins of hot cross buns remain slightly mysterious, it's clear that they have been a tradition for hundreds of years.

One theory suggests that they were first distributed to the poor in the 14th century by English monk Thomas Rodcliffe. Either way, the dish has been an instrumental part of Easter tradition since medieval times.

But at one point in our history, hot cross buns went from must-have treat to illegal contraband.

Historians can trace the reason for this shady bun ban back to Queen Elizabeth. Fortunately for modern bun-lovers, it wasn't the current monarch who issued the decree, but her 16th century, pastry-hating predecessor.

READ MORE: Why do we eat pancakes on Shrove Tuesday?

Why were hot cross buns banned?

Historical records suggest that Elizabeth issued a decree from the London Clerk of Markets, completely forbidding the sale of hot cross buns and other spiced bread. The exceptions to this rule were Good Friday and Christmas.

Anyone found to be in contravention of this law would have their buns removed and redistributed to the poor.

Many still debate the motivations behind the ban to this day. According to The Smithsonian, the queen and her court considered them "too special to be eaten any other day".

Historical records claim that Brits found a work around by baking the buns in their own homes. However, if they were caught, all buns would be confiscated and given to the needy anyway.

We dread to imagine the scenes if Elizabeth ever saw the M&S baking aisle in mid-March. 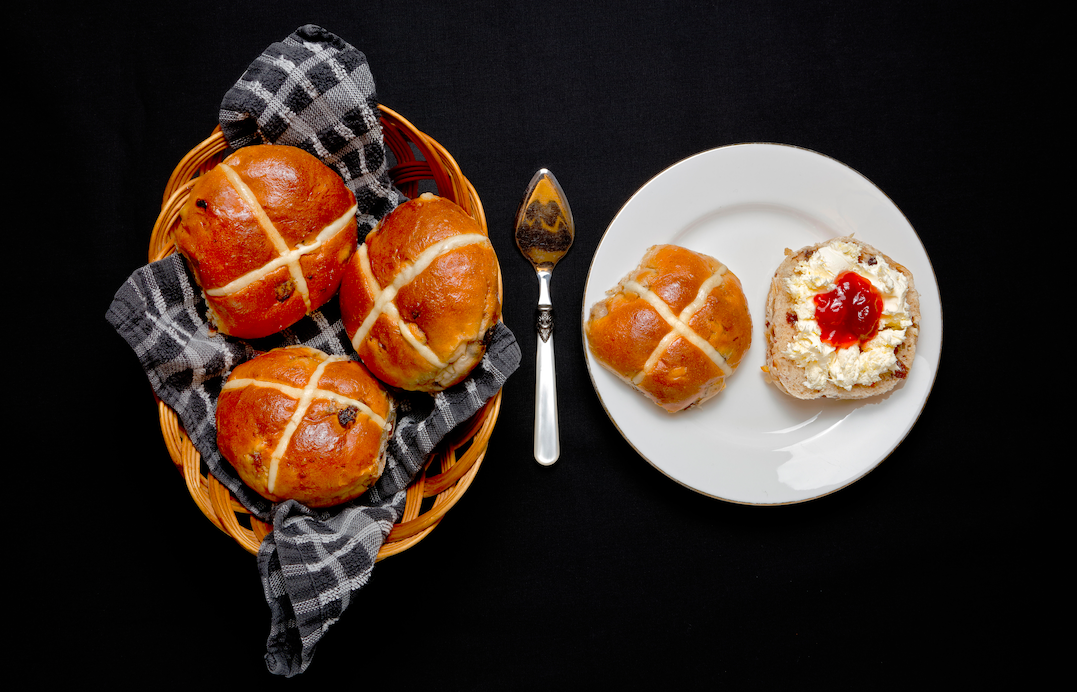 What is their religious meaning?

The cross from which they take their name, for instance, represents the crucifixion of Jesus – hence their association with Easter. However, it isn't just Christian doctrine that has an impact on bun lore.

According to tradition, a hot cross bun won't grow mould or spoil at all over the coming year if you bake it on Good Friday.

In addition, some say that a bun taken on a sea voyage will guard against shipwreck. Others suggest that a bun hung in the kitchen will prevent fires and guarantee perfect baking - so long as you replace the bun every year.

Of course, it's not unusual to enjoy ritualistic food at religiously significant times of the year. However, judging by the extensive mythology around them, it's obvious that hot cross buns take things to another level.

Most modern recipes use a flour and water paste to make the cross (Credit: Alamy/Brent Hofacker)

What's the cross on hot cross buns made of?

However, to many bun lovers, the central feature of the iconic dish – the cross itself – remains something of a mystery.

Historically, the cross that gives the buns their name would actually have been made out of shortcrust pastry. This changed in recent years, however, when mass bun production became an important issue.

Today, most commercial buns feature a cross made from a flour and water paste. According to Great British Bake Off judge Paul Hollywood, bakers should: "Pipe the crosses over the buns slowly so that the paste ‘hugs’ the curves on each bun."

This certainly seems more straightforward than trying to grapple with a completely separate dough.