When Man v Food came off the air in 2012, it was the end of an era for the seriously greedy.

For four glorious years, it had been completely acceptable to stare, open-mouthed at TV screens as eating challenges made your heart hurt just to watch.

Jaws chomped, jowls quivered and brows sweated. It was the only way we had to watch pornography on the family telly. It just so happened to be edible. 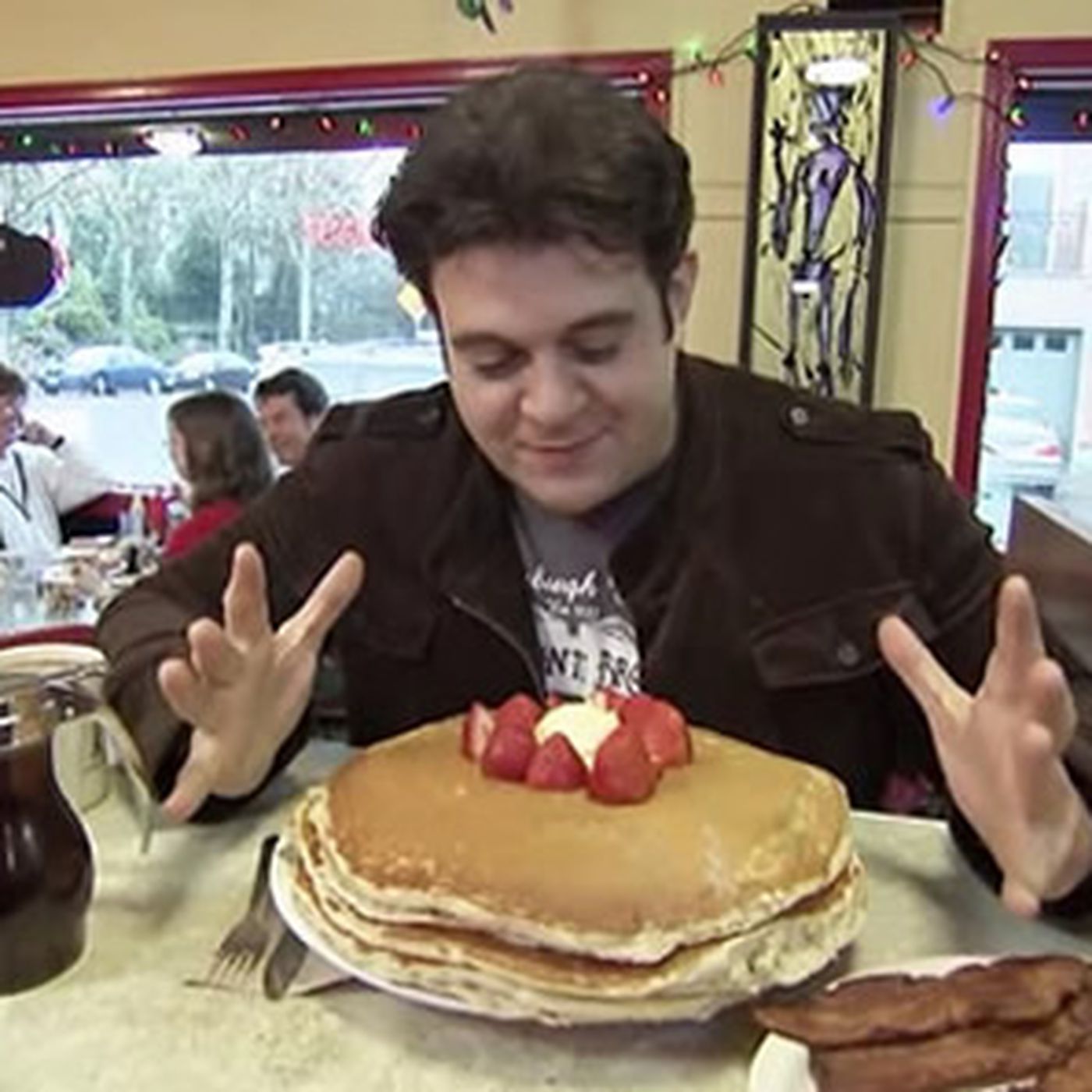 How well do you know Man v Food?

The years since have seemed empty, by comparison. But, though Adam Richman and co have long since left our screens, there’s no reason their exploits should be forgotten.

Here, we celebrating all the things that made the show great for fans with seven fun Man v Food facts.

1. How Richman Got the Job

When you’re brainstorming ideas for the host of an all-new, balls-to-the-wall eating show, you’d think that producers would at least check that the candidates could actually eat. Apparently not.

According to Richman, his audition mainly revolved around avidly talking about and discussing food - his eating credentials were never really discussed.

2. Prepping for a Challenge

Obviously, trying to tackle food that could fell an ordinary mortal requires considerably more thought than just rocking up and hoping for the best. Back in his pomp, Richman used to prepare himself for the task at hand by fasting for an entire day before the challenge and “working out like a beast” both the night and morning before a challenge, according to an interview with 411 Mania.

Despite all the enormous things Richman has tried to swallow over the years, he still swears that his hardest challenge was his smallest.

READ MORE: 10 best Man v. Food episodes you have to watch if you're a true fan

The “Fire in Your Hole” challenge at Munchies 420 required four flame-coated wings to be eaten in 20 minutes, without milk. Richman could only manage two, before throwing in the towel.

On a similar theme, Richman has long held the view that fiery food challenges can be just as, if not even more difficult than their enormous counterparts. In an interview with The Guardian, Richman revealed that, though heat is usually easier to handle, if the dish uses pepper extract rather than whole chillies it becomes an entirely different ball game.

There are dozens awesome looking dishes that have been dissected on Man v. Food, but for Richman, a few stand head and shoulders above the rest. His all-time favourite eating challenge is apparently “Humpy's Alaskan Alehouse's Kodiak Arrest”, which features seven crab nuggets, 14-inches of reindeer sausage, three lbs. of Alaskan king crab, sides, wild berry crisps and ice cream.

Inevitably, where there have been highs, there have also been lows. Aside from the infamous Munchies 420 incident, where he claims the owners cheated, Richman cites moose nose in Alaska, jellied eels in London and chawanmushi in Japan as the least enjoyable things he had to eat during his time on the show.

Friendly and full of energy, Richman is generally happy to talk about any aspect of the Man v. Food experience. There is one area, however, much to the annoyance of the audience, that he will not discuss.

According to an interview with BroBible, Richman cannot stand the inevitable questions about what happens on the toilet after he has finished eating. It remains one of the great unanswered mysteries of the show.

Aside from occasional reruns on the Travel Channel, Man v. Food is now relegated to the dustbin of TV history. While it was around, it was awesome. Every other televised eating experience looks small and insignificant by comparison. For making gluttony great again, Man v. Food - we salute you.