The Bernie Sanders chair meme gets turned into an incredible cake

Bernie Sanders undoubtedly stole the 2021 inauguration ceremony – despite the star-studded line-up on display,

For all the vocal pyrotechnics and solemn speechmaking, the real hero of the day was the cold, curmudgeonly Senator from Vermont.

In typical fashion, the internet seized upon the 79-year-old's coat, mask and mittens combo, immortalising him in the now-iconic Bernie Sanders chair meme.

Now, one creative baker has decided to take things to another level.

Using layers of chocolate ganache filling and intricately coloured icing, Cullen has somehow conjured an almost photo-realistic portrait out of the oven. Needless to say, the results are pretty special. 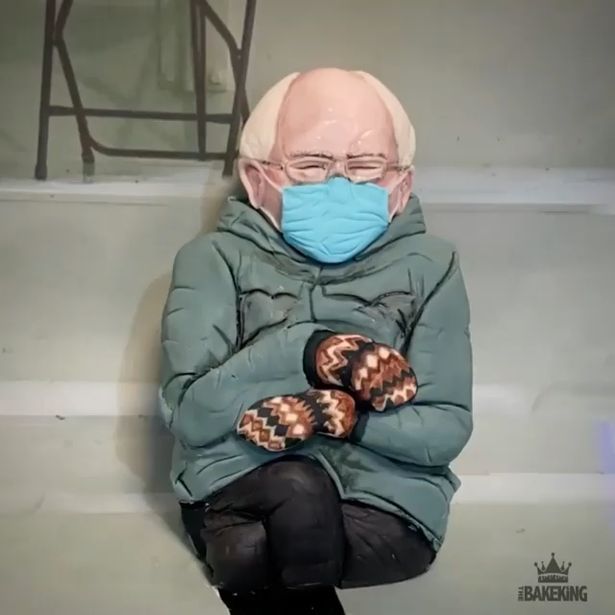 Speaking exclusively to Twisted, Cullen explained how the response to the original photo had been a real inspiration. As he puts it:

"I loved watching as the art community interpreted the meme in different ways using different art mediums; and so I just had to get involved with my take on the meme in cake form...

"Any caricature-style images or people always get my attention and I love creating anything with real character! The Bernie sanders image was so comical and unique in its style.... when creating people cakes I always like replicating people with character or unique features."

Unsurprisingly, reaction to the meme-worthy pastry has been extremely positive. One Instagram user wrote, "This is amazing!"

Another gushingly added, "Alright this is actually cool as hell. How is this level of detail possible?! You’re truly gifted".

There is, in all this, a lesson for critics of Bernie Sanders' idealistic approach to politics to learn. It seems, after all, that you can have your socialist cake and eat it too. 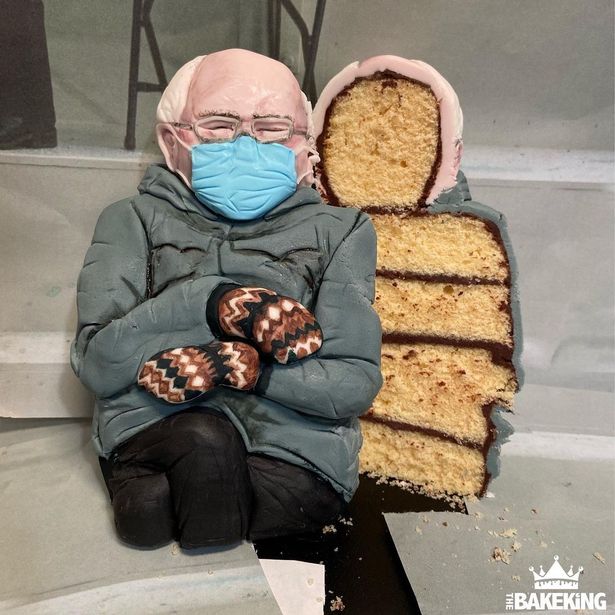 This isn't the first time that Ben Cullen has made headlines with his baking.

He has in fact won awards for his abilities in the kitchen as part of the Channel 4 series Extreme Cake Makers. His work includes an eerily realistic Pennywise the clown, 'Tiger King' Joe Exotic and deceptively lifelike sponge fruit and veg.

It shouldn't really shock anyone that a chilly septuagenarian was well within his skillset.

READ MORE:  How to watch the Great British Bake Off in the United States

In addition, Cullen has also spent time crafting cakes for the rich and famous. A spokesperson for the talented cook reached out to Twisted, explaining that:

"He’s since created impressive cakes for celebrities including Rita Ora, Leigh-Anne Pinnock and Megan McKenna, and continues to wow with his ultra-realistic designs."

Wherever the zeitgeist might go next, you can guarantee that Cullen will be ready, palette knife in hand. We can't wait to see what comes next.