On the face of it, deep-fried ice cream sounds like a horrible idea. Anyone who's ever tried to tackle a 99 Flake in mid-July knows that no-one wants to try and eat a fistful of sticky vanilla goo.

However, it turns out that there is a way to combine everyone's favourite sweet treat with hot oil and not end up with a disaster. Not only is deep-fried ice cream a thing, but it also happens to be absolutely delicious.

If you're an adventurous ice cream fan, here's everything you need to know about the dish. 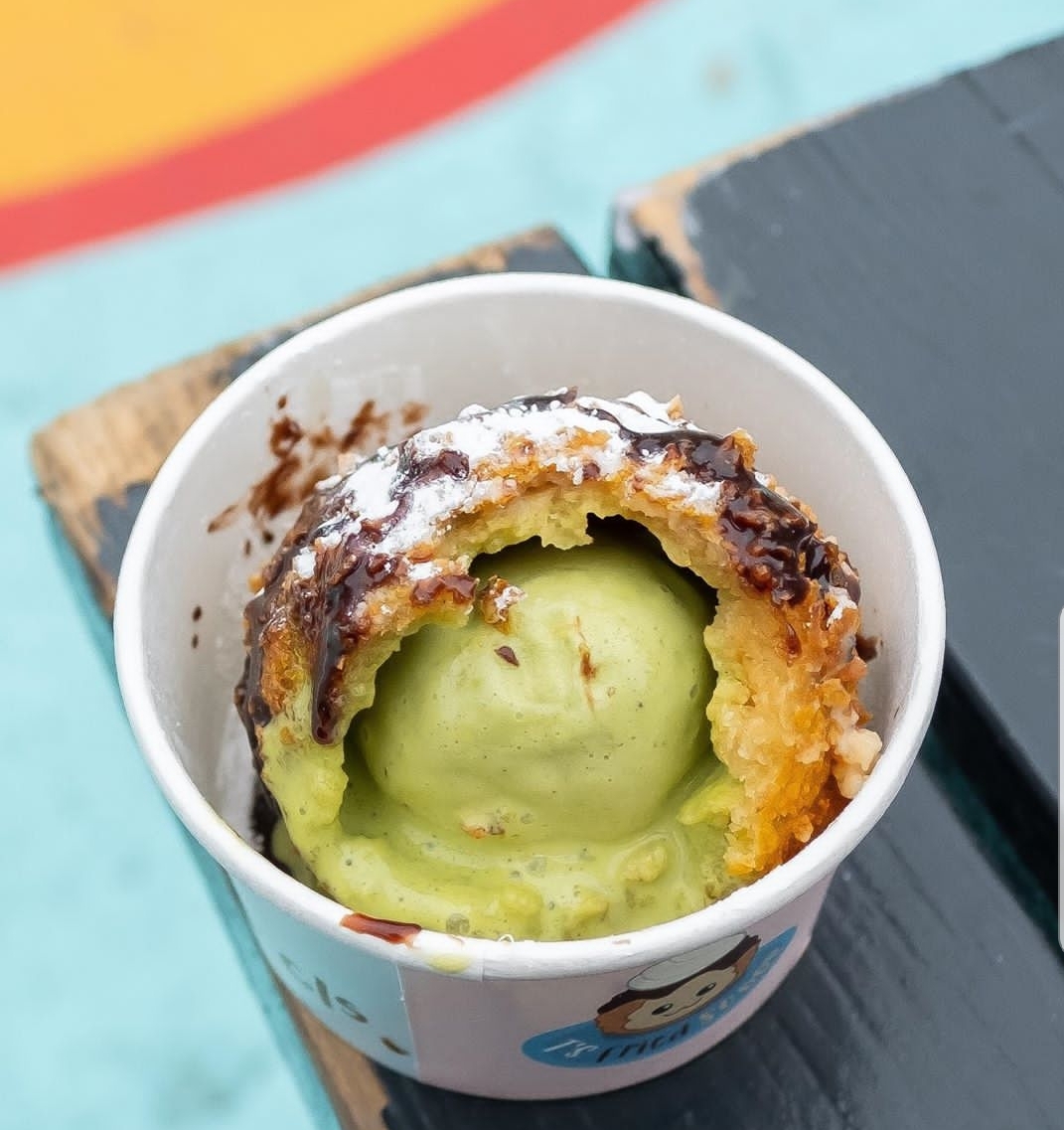 Unsurprisingly, deep-fried ice cream is more complicated than plunging a couple of scoops into hot fat.

As Rajput explains when we catch up over the phone, her version of the dish actually requires considerable forethought. She reveals: "The whole point of the idea is that I have my ice cream and it's pre-made with this dough. It's then finished off in front of everybody in another liquid dough."

Rajput's technique encases the ice cream in a dough not too dissimilar texturally to what you might expect from a churro. The key, however, is that the crispy coating protects the creamy ice cream interior, with delicious results.

The dough encases the ice cream before the completed ball hits the oil. The result is a whirlwind of different tastes and textures that, when all put together, make perfect sense.

Although the ice cream is an important part of the process, it's clear that the dough is the real key to the dish. As Rajput explains, the recipe is much more nuanced than you might expect. She elaborates: "It's not a pancake batter, it's not a cookie dough - let's just say it's a mix of everything."

The exact recipe might be a secret, but the results show that secrecy sometimes pays dividends. 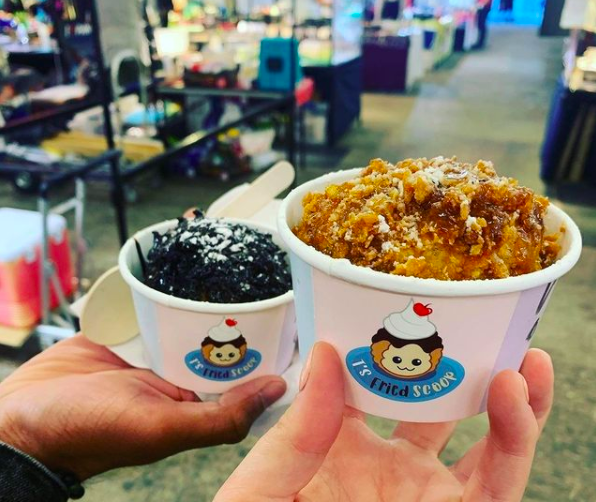 The growth of deep-fried ice cream as a food trend owes a lot to Rajput's own determination to innovate. As she explains: "I've wanted to make street food since university. I always had quite crazy ideas, but I'd be shut down by friends or family saying the idea would never work.

"I always wanted to be the first person to try something new, I never wanted to piggyback off someone else. I came across a Mexican version of fried ice cream. I didn't really like it, but I liked the concept.

"How they do it is to get some cornflakes in a pan and fry them. Then they cover the ice cream in those hot cornflakes, but they dip it in egg first.

"(Even though) I didn't really like (the taste), I thought, 'ok, this is a really good concept'."

From there, Rajput set about trying to perfect her own interpretation. However, despite her obvious passion for the project, she reveals that many of her nearest and dearest were less convinced. As she explains: "I told my parents about it, and they were just like, 'no, this isn't going to work'.

"And then I had to explain, 'well, it's a bit too late because I've now left my job and I'm going to do this!'"

Given the initial success of her start-up T's Fried Scoop business, it looks like the decision was worth it. 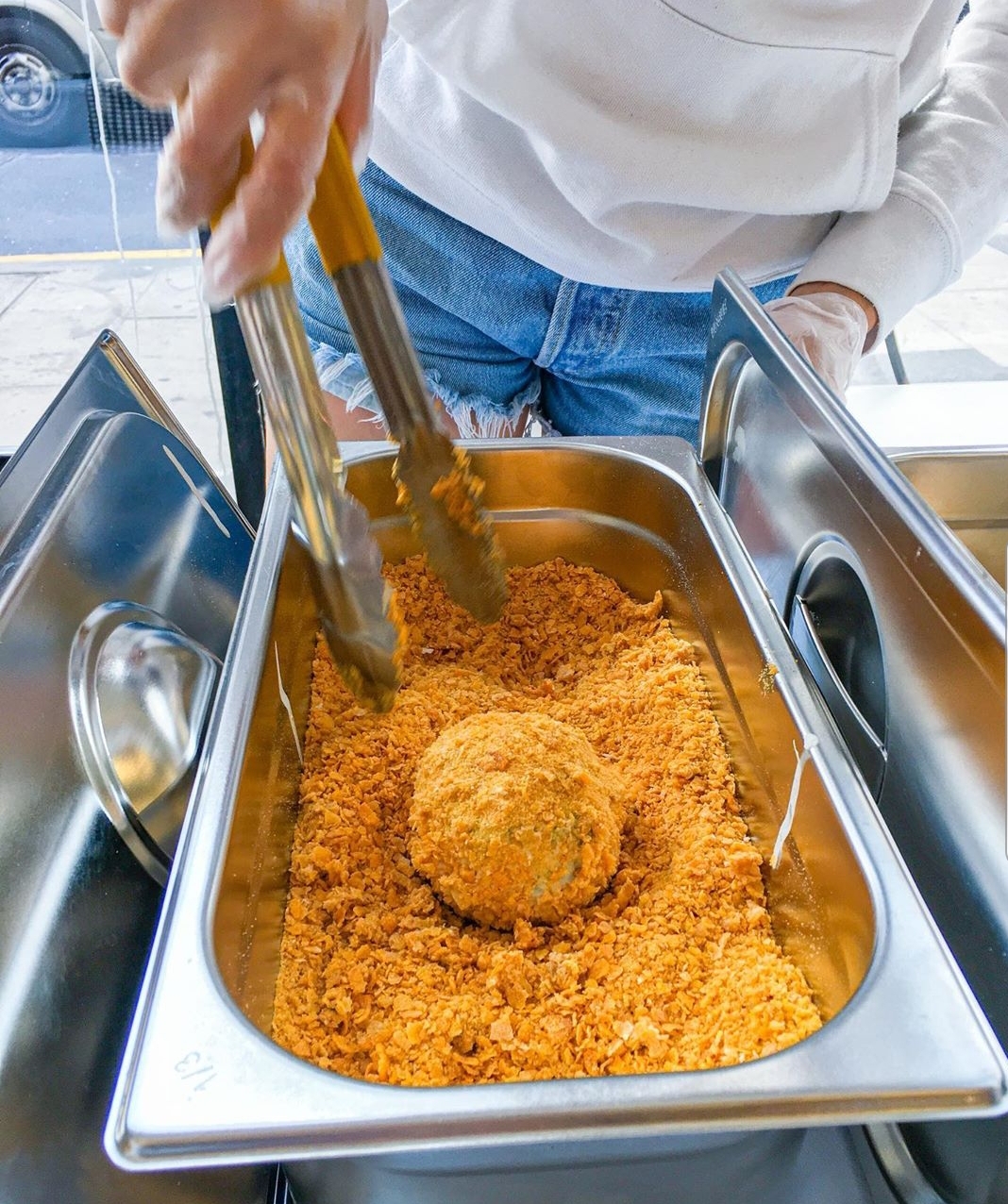 You can also get your ice cream coated in crushed cornflakes (Credit: Instagram/T's Fried Scoop)

Where can I buy deep-fried ice cream?

Unfortunately for Rajput, coronavirus slightly compromised the T's Fried Scoop launch. However, despite dealing with unprecedented times for the street food industry, the new business is certainly finding its feet.

Within a month of launching, Rajput reveals that she operated at the prestigious Selfridges Christmas market. She currently runs stalls at East London's Ely's Yard and the world-famous Walthamstow Sunday market.

The menu has also now expanded to include exciting ice cream flavours like cinnamon apple crumble and matcha. Customers can upgrade their coating with extras like Oreos and cornflakes.

Rajput also reveals that she has worked incredibly hard to make her product vegan - switching to coconut milk for her ice cream and experimenting with several different dough ingredients.

Deep-fried ice cream might be an unconventional dessert, but as spring turns to summer it looks like Instagram will soon be full of delicious, crispy ice cream balls. We'll see you in the queue.