KFC has never been afraid to adopt an advertising strategy that pushes boundaries. However, even by the Colonel's standards, the brand's latest stunt is a serious afront to one of its major rivals.

In a move that's sure to rub the McDonald's up the wrong way, KFC cheekily parked a huge van outside a Golden Arches restaurant to advertise its fried chicken.

To make matters worse, the van was emblazoned with Maccies' famous "I'm lovin' it" slogan underneath a KFC bucket of fried chicken. As you might expect, the stunt has sparked a strong reaction. 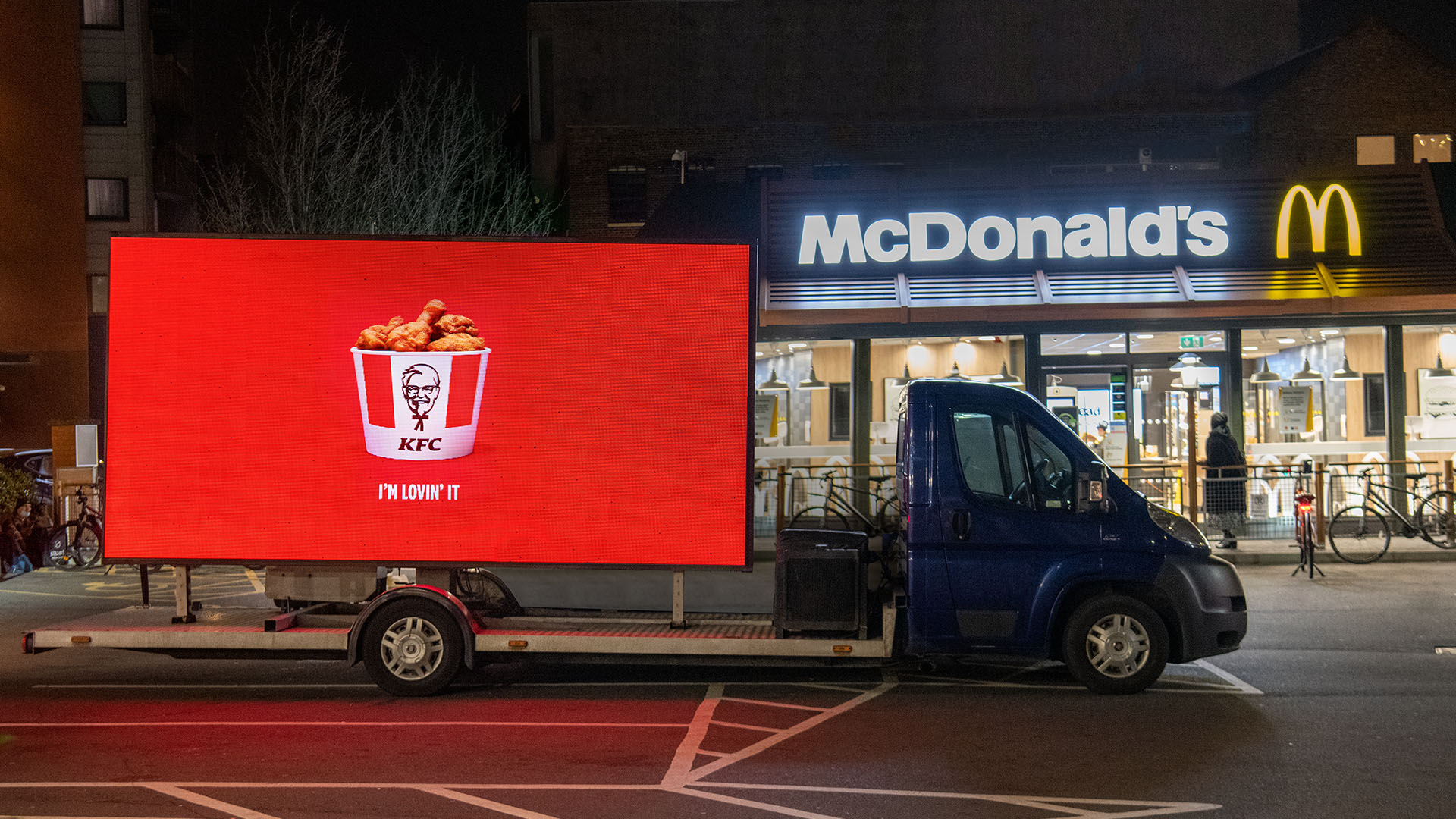 Will McDonald's have a comeback for KFC's latest stunt? (Credit: Twitter/KFC UK and Ireland)

The controversial move comes after KFC decided to retract its own popular "Finger Lickin' Good" slogan.

Understandably, this decision was principally taken in response to the ongoing COVID-19 pandemic. Despite the phrase's popularity, many thought that encouraging finger-licking during a health emergency was not such a great idea.

However, instead of coming up with a new slogan of its own, KFC apparently decided to go on the war-path.

In a tweet sent last week, the brand wrote:

"Because of you-know-what, the gaffer says we still can't use our slogan in our posts. So we want to borrow one. Which other brand's slogan should we use?

"Drop your suggestions below with #UntilWeCanFingerLickAgain and I'll let you know how genius or ridiculous they are."

One follower suggested the iconic McDonald's catchphrase. To everyone's surprise, KFC took him at his word.

It's hard to imagine a bigger – or funnier – slap in the face from a fellow fast food company. 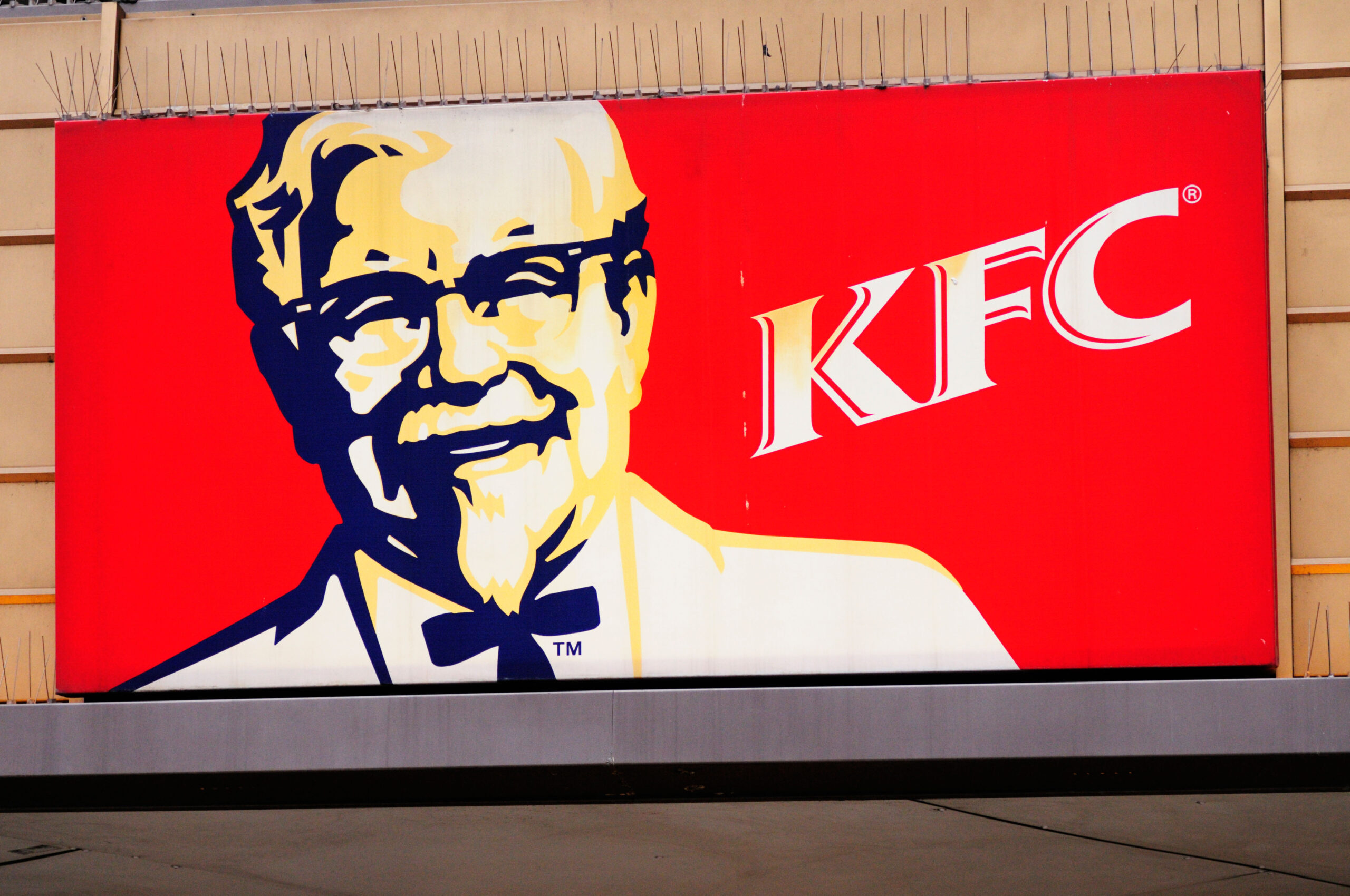 Although this new KFC stunt is certainly attracting attention, it's hardly the first time that the company has pulled some pretty cheeky advertising moves.

In fact, the fast food chain recently made several digs at rival sandwich makers. Over the course of a couple of weeks, KFC's social media activity has made constant note of its "superior", revamped chicken sandwich – a clear nod and a wink to competitors like Popeyes and Chick-Fil-A

Despite it all being very tongue-in-cheek, KFC clearly feels that it has the edge over its competitors.

Clearly, the Colonel is not afraid to cross swords when it comes to advertising.

But will McDonald's have a comeback? We guess we'll have to wait and see.