Whether crisps belong in sandwiches shouldn't really be a debate. Anyone who hasn't experienced the unfettered joy of fresh white bread, cold butter and a bag of cheese and onion needs to stop whatever they're doing right now and go make one.

Yet, incredibly, most Brits don't accept the awesome power of the crisp sandwich. In fact, according to recent research by crisp megabrand Walkers, while 88% have tried the classic snack, just 27% of people are pro-crisp-in when it comes to their sarnies.

This blasphemy clearly cannot be allowed to stand. 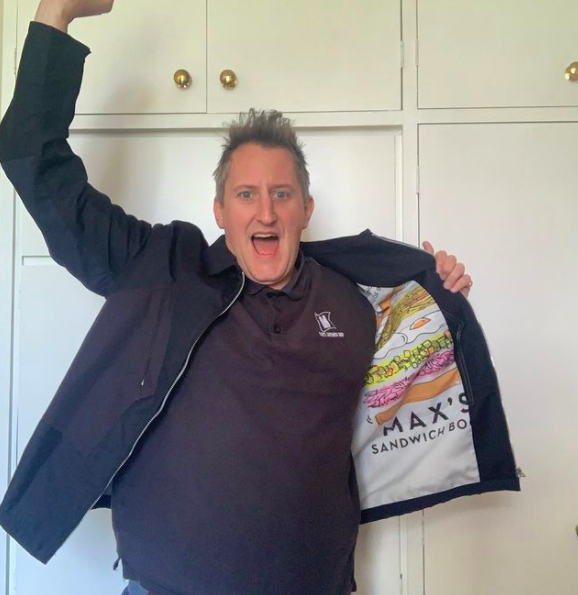 Max Halley is one of the leading sandwich experts in London (Credit: Instagram/lunchluncheon)

In order to persuade the apparently crisp sandwich-averse British public, Walkers have turned to a local London sandwich hero.

READ MORE: Chef charging £250 for a luxury sandwich explains why the price is perfectly reasonable

Max Halley sells some of the finest sandwiches in the city. Hungry diners flock to his small shop in Stroud Green to try treats like the mutton-stuffed Original Gangster and the greatest ham, egg and chip combo to ever appear between two slices of bread.

To settle the crisp sandwich debate once and for all, we sat down with Halley to discuss everything from his new book with Walkers to his ultimate sandwich commandments.

Safe to say, if you aren't a convert after this, there really is no hope. 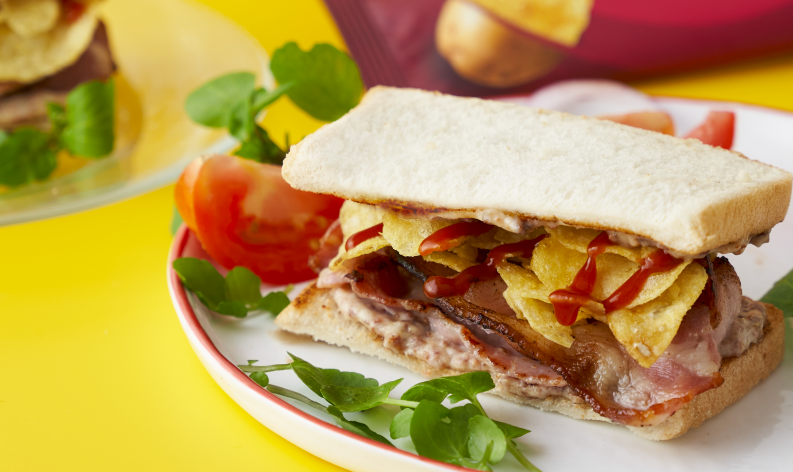 Halley and Walkers' riposte to the doubters is a dream for any crisp sandwich fan. Using further research conducted by the company, Halley has come up with 20 incredible crisp sandwich recipes based on the nation's favourite combinations.

Included are treats like the ultimate bacon sarnie, featuring Walkers smokey bacon crisps, and a Reuben made with Worcestershire sauce French fries. Whatever your flavour preference, there's something for you.

READ MORE: How to apply for Come Dine With Me? Singles and couples application process explained

Discussing how he came up with these recipes, Halley reveals that the process was extremely collaborative. As he explains to Twisted:

"Walkers polled 2000 British adults on everything from their favourite ingredients, sandwiches, flavours of crisp. It was kind of the Holy Grail of sandwich data.

"So I made up these sandwiches around what the nation's favourite sandwiches are. We felt it was this wonderful thing right from the start where it wasn't just me writing this book – it was all of us."

You might assume that coming up with crisp recipes is tedious work for a sandwich pro. However, as Halley reveals, this couldn't be further from the truth. As he puts it: "When I got asked to do this, as someone who has been putting crisps in sandwiches for a living for nearly eight years, this was literally the dream job.

"That's not part of my spiel – that is a fact! I just couldn't believe it when I was asked to do this!"

If enthusiasm has any persuasive power at all, Halley's outlook should certainly help convert some non-believers. 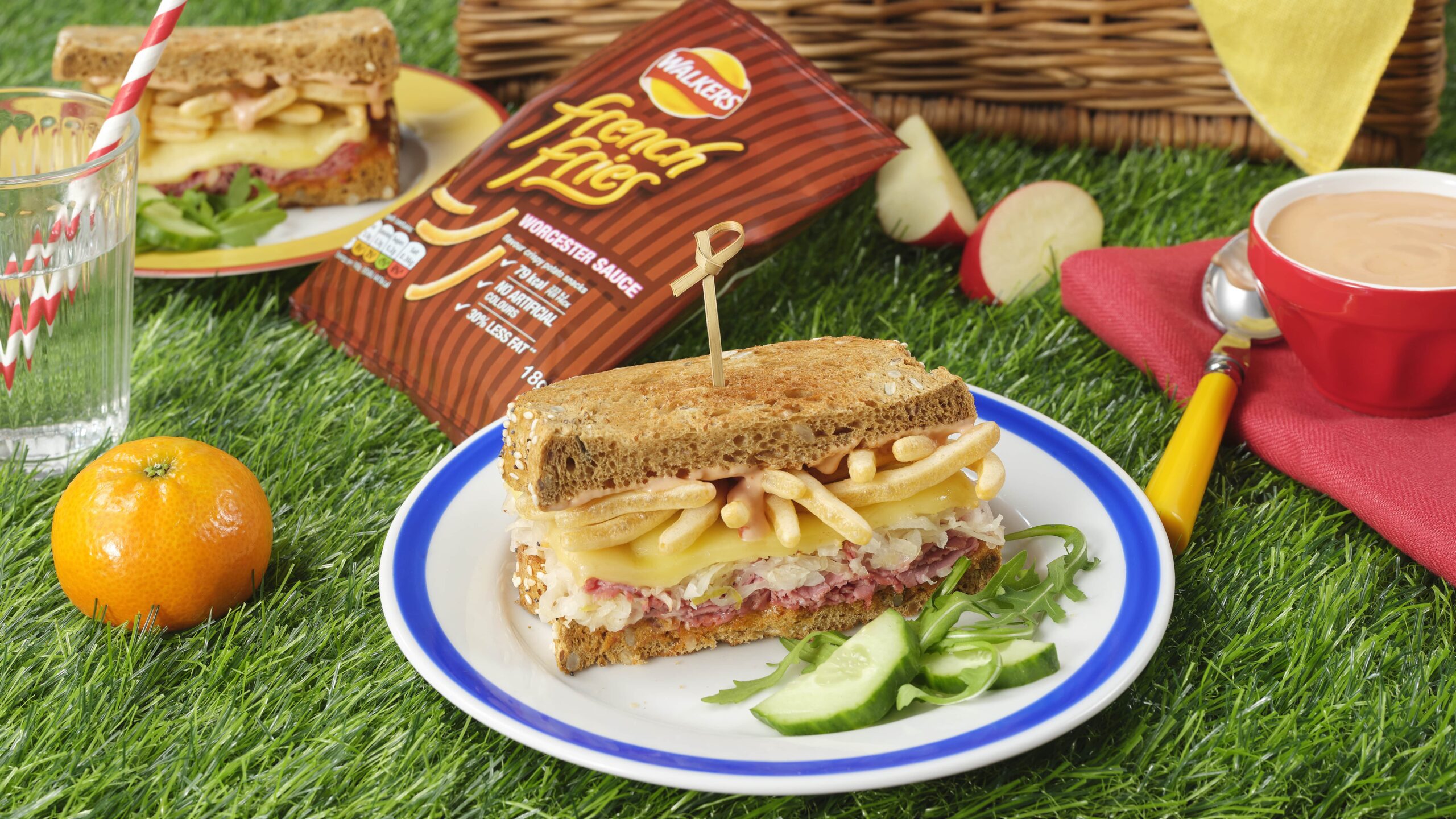 As you might expect, there's much more to Halley's crisp sandwich formula than opening the nearest grab-bag and hoping for the best.

Like everything on the Max's Sandwich shop menu, the recipes in this book follow a strict code for deliciousness. As Halley puts it: "At the sandwich shop, I figured out what I call the 'Sandwich Mantra'. It's basically, 'Hot, Cold, Sweet, Sour, Crunchy, Soft'."

As long as you're paying attention to all of these separate details, your sandwich will be in safe hands.

Given these rules, crunch is clearly a key component in any great sandwich. Compared to other options available, crisps might just be the best conduit available. Halley explains: "Slightly sadly, we live in a world where lettuce is considered an acceptable definition of crunch. I just can't abide by this.

"Don't get me wrong – lettuce is delicious and I put it in lots of my sandwiches. But, I put it in there for freshness, not for crunch."

The fact is, if you want to get this fundamental element of sandwich-making spot on, crisps are almost indispensable.

However, while crisps can have a huge impact on texture, it's not the only area where they play a role. As Halley reveals, getting the flavour combinations correct can be just as important.

"One of the bits that was most fun about this book was that the crisps we use at the sandwich shop are never flavoured. They're just there for crunch.

"(In the book) I've taken the flavour of the crisp into consideration every bit as much as the shape and texture of it, as well as the stuff that goes with it.

"For example, the Sunday Roast sandwich has got Marmite crisps in it, as the flavours of Marmite and gravy are arguably somewhat relatable."

Clearly, if you're working on your own crisp sandwich recipe, there are plenty of factors at play other than crunch. 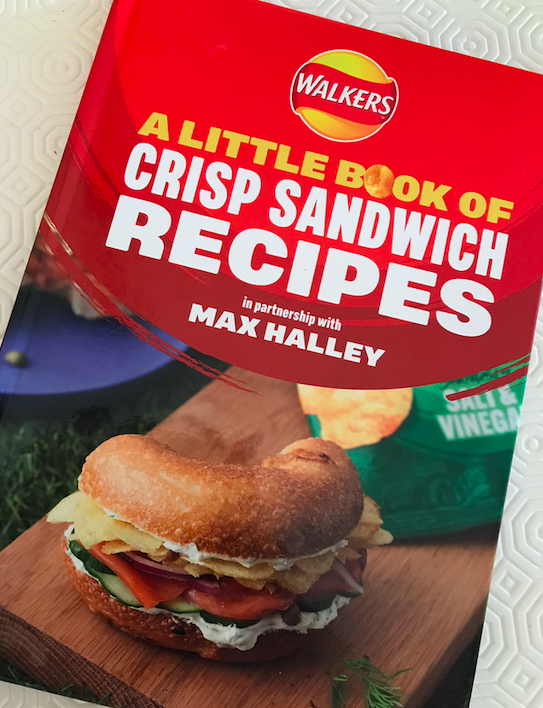 Win one of 350 hard copies of the book by tweeting #crispWIN and sharing your favourite crisp sandwich fillings with Walkers (Credit: Twisted)

Creating your own crisp sandwich

Although the book and accompanying recipes, which are all available for free online, provide a blueprint, Halley is clear that the suggestions are in no way prescriptive. In fact, the limited edition hard copy, which can only be won via an exclusive Twitter competition, even includes a section at the back for your own crisp sandwich creations.

With lots of inspiration to draw on, the sandwich world really is your oyster. However, Halley does have a few words of advice for anyone striking out on their own.

Following from the Sandwich Mantra, paying attention to texture as well as taste is a crucial factor. As Halley explains it: "The only time it would be possible for a sandwich not to benefit from having crisps in it would be if they were to go immediately soggy.

Even if you've been a crisp sandwich sceptic, it's hard to argue in the face of a fully formed sandwich doctrine. Halley and the Walkers team will be crossing their fingers that it's enough to boost that pitiful 27%.

Frankly, if this doesn't persuade the heretics, all hope is lost.