What is the hottest sauce in the world? 10 scorching sauces you can legally buy

Would you dare sample the hottest sauce in the world?

There’s not much nuance when it comes to hot sauces.

Even if you opt for something at the mild and fruity end of the spectrum, the chances are you’ll still come out in a sweat and turn a worrying shade of scarlet.

Hot sauce fans are, if nothing else, gluttons for punishment.

But what is the hottest sauce in the world? 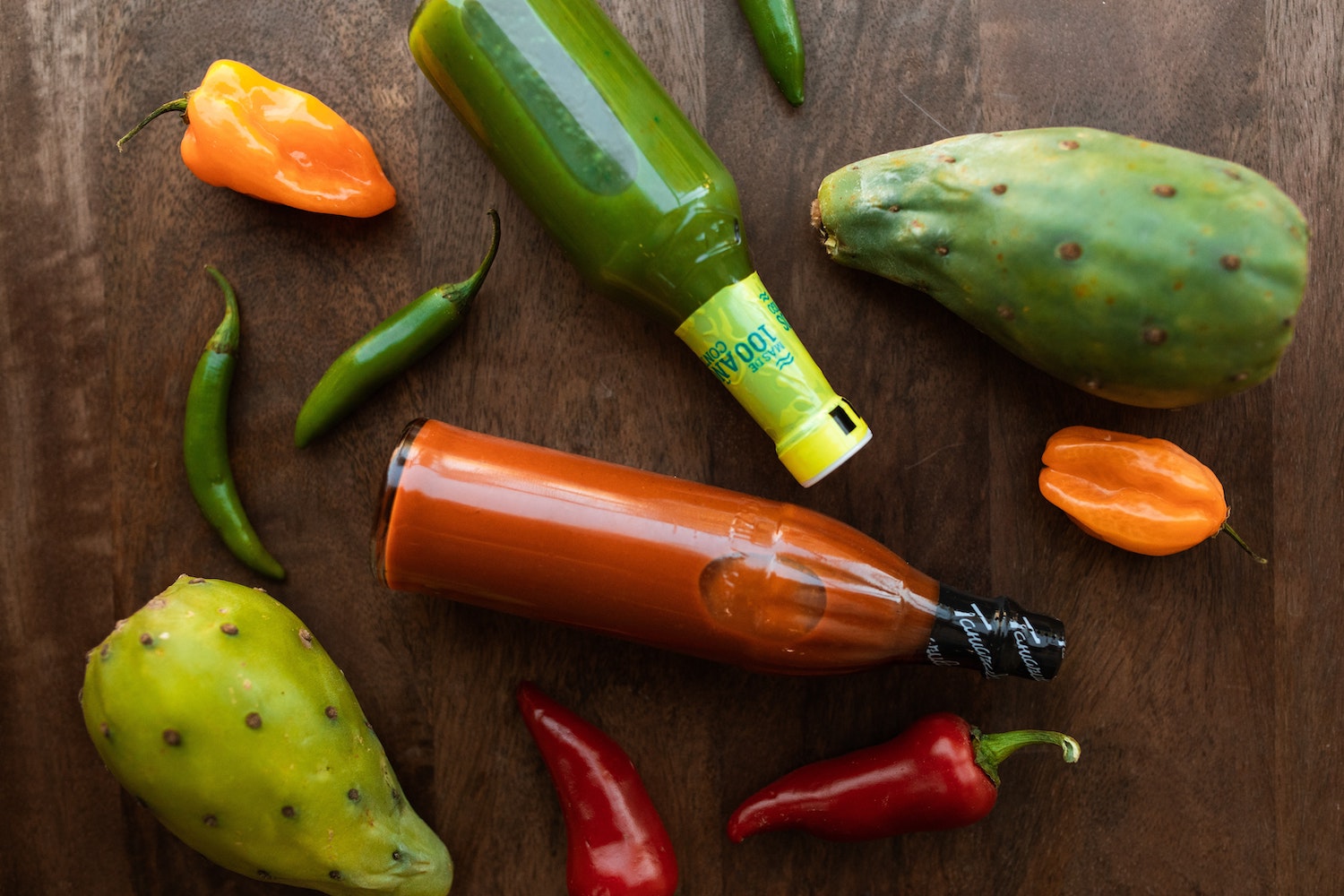 The hottest sauces in the world should never be taken lightly (Credit: Pexels)

What is the hottest sauce in the world?

Although there’s a world of sauces that will enhance and transform any plate, few remain off limits to all but the most masochistic diner.

These will not just deliver a gentle tingle, but will in all likelihood melt your face off.

READ MORE: What is the spiciest chilli in the world?

Best consumed under strict supervision, these condiments are no joke.

Here, we take a look at contenders for the hottest sauce in the world...

When regular death isn’t enough to describe the experience of consuming this sauce, you know you’re in for a rocky ride.

A real connoisseur will claim that there’s more to hot sauce than pain. Wanza’s is a great example, since it plays with fruity flavours and complex seasoning whilst simultaneously trying to blow your head off. At 2 million SHUs, it will probably succeed.

The Puckerbutt Company and its aptly named co-founder Smokin Ed Currie are famous for bringing the world one of its hottest chillies – the Carolina Reaper.

Harnessing the power of this fearsome fruit, Reaper Squeezeins weighs in at 2.2 million SHUs.

7. Hottest Sauce in the Universe

It may have a misleading name, but the not-quite-the-hottest Hottest Sauce in the Universe is still damn hot. With a whopping 40 pounds of ghost pepper in every batch, along with a squeeze of pure chilli extract, this is 3.5 million SHUs of pain.

At 4 million SHUs, this sauce is only recommended for those who have lost all sense of taste.

Named for a Guns N’ Roses guitarist and a bacterial infection, this sauce is full of surprises. It consists of a jumble of ingredients, including mustard powder, caffeine and ginger.

The sauce has a scorching SHU measurement of around 6 million.

Served in a handcrafted wooden coffin and only available to those who sign a pre-tasting waiver, everything about this sauce is ominous. Ghost peppers and ghost pepper extract combine in a bottle that measures a pinch over 6 million SHUs.

Black Mamba may sound familiar as it's famous for producing a raft of hilariously painful YouTube videos. This sauce was created for consumption as a food additive, rather than a wholesale accompaniment.

Made with deceptively innocent-sounding chocolate habaneros, Black Mamba is another sauce that hovers around the 6 million mark.

This sauce is so hot, it has a purchasing age of 21 or over and a Scoville score of 7.1 million SHUs. Blair’s awesomely potent The Source is a legend of the hot sauce circuit.

Believed to be stronger than police-grade pepper spray, The Source is almost incomprehensibly ferocious.

Only 499 of these limited edition towers of terror were ever made, and with good reason. Separated into three layers of rising heat, the Caldera explodes from a mere 1 million SHUs on the bottom to an astonishing 10 million on the top.

Some experts claim that the pure capsaicin crystals floating in the final layer actually push the heat closer to 13 million.

Would you sample the hottest sauce in the world?

If you fancy yourself as a bit of a foodie daredevil, hot sauce can seem like the perfect arena in which to test your metal.

READ MORE: What is the spiciest food in the world?

But, as we’ve just seen, there are some monsters out there that no sensible person should try and slay. It all seems like fun and games until you stumble across something truly scary.