The hottest food in the world can hide where you least expect it.

While we're all used to a fiery curry, no one expects their head to be blown off by ice cream. Unfortunately, if you let your guard down for a second, the consequences can be severe.

The hottest food in the world

Proving that even your favourite comfort food isn't safe from a chilli onslaught, some chefs have decided to spike the world's most popular dishes. Some are surprising, some are strange, all are seriously spicy.

These are the seven spiciest versions of your favourite foods. Consider it a warning. 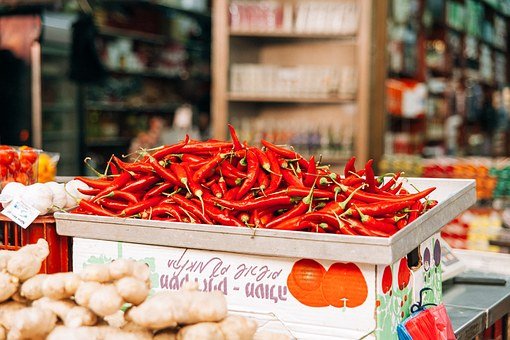 The hottest food in the world needs the hottest chillies - Credit: Pixabay

As any fan of pepperoni will be quick to point out, a bit of chilli can go a long way to taking your pizza to the next level. When that chilli gets cranked up to 11, however, all hell breaks loose.

Just ask Paul Brayshaw, owner of Paul’s Pizza in Brighton, England. In 2013, he created a 3.2 million SHU pie with ghost pepper paste and extract that has only been finished by eight of the 1300 people who have tried to eat it.

The tingle of a well-judged hot wing is one of the best fast food feelings on earth. But, when that tingle turns into a sucker punch, chicken becomes a lot less fun.

That’s exactly what diners can expect from the Fire in Your Hole challenge at Munchies 420 Cafe in Sarasota Florida. Famous for downing Man vs Food eating legend Adam Richman, these ghost chilli laced chicken bits are no laughing matter.

Jalapenos and hot sauce can be an awesome addition to any burger. When you add ghost, habanero and serrano peppers, before lighting the whole thing literally on fire, you have some truly terrifying.

That’s exactly what the twisted minds at Xtreme Smokehouse and Grill in Washington DC do to create the Hellfire Burger - a beast that measures over 1 million SHU and comes drenched in flaming liquor. 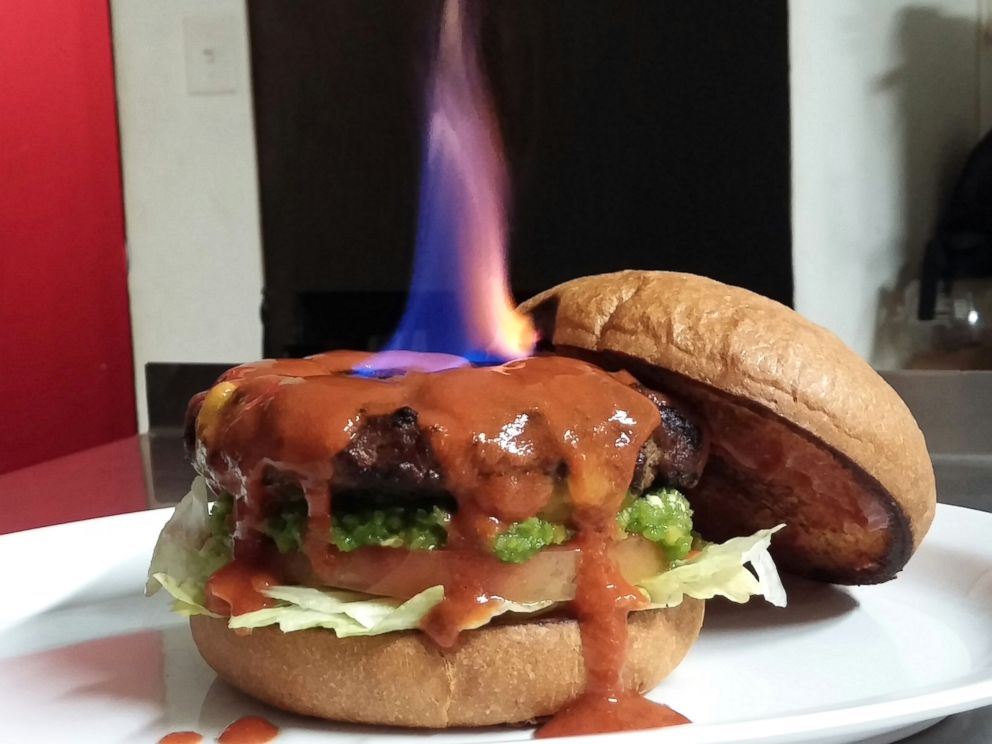 Mexican food is famous for its kick. That being said, no one expects a plate of tacos to be a potential death sentence.

Anyone foolish enough to take on the GenkiYaki Death Taco Challenge must sign a waiver, proving that they are over 18 and understand the risks involved. With each bite almost 50 times hotter than a jalapeno, it’s easy to see why this challenge is taken so seriously.

While you might not think that raw fish can blow your head off, the Number 10 Ninja Roll challenge at Yagumo Sushi proves that no cuisine is safe from the Scoville scale.

Featuring wasabi extract as well as habanero paste, what sets this test apart is the two different types of spice that double down on anyone unlucky enough to be taking part.

The world is full of lethally spicy curries. Though vindaloos and Thai reds certainly pack a punch, they cannot come close to the daddy of spicy curries.

The phaal at Brick Lane curry house in New York features 13 different chillies, including some of the hottest on earth, and measures at over 1 million SHU.

Normally, turning to a bowl of ice cream after a faceful of chilli is an extremely sensible option. Not so at the Aldwych Cafe in Glasgow.

Earlier this year, the legendary ice cream parlour announced that they had created a dessert from Carolina reaper peppers, making it the spiciest sweet on the planet. Not an ideal way to wash down a curry.

When done right, spicy food can be awesome. But that doesn’t mean that heat needs to be added to absolutely everything. At the risk of ruining your favourite comfort foods forever, we recommend steering clear of anything on this list. You’ll never look at fast food the same way again.

Read More: The spiciest food from around the world