A baffling pasta recipe has been outraging and entertaining the Internet this week after a woman shared her "ultimate spaghetti hack".

The video, which features an unconventional recipe for spaghetti and meatballs, has baffled viewers who can seem to make their mind up whether the suggestion is serious or an elaborate prank.

Either way, the clip has certainly got plenty of people hot under the collar. 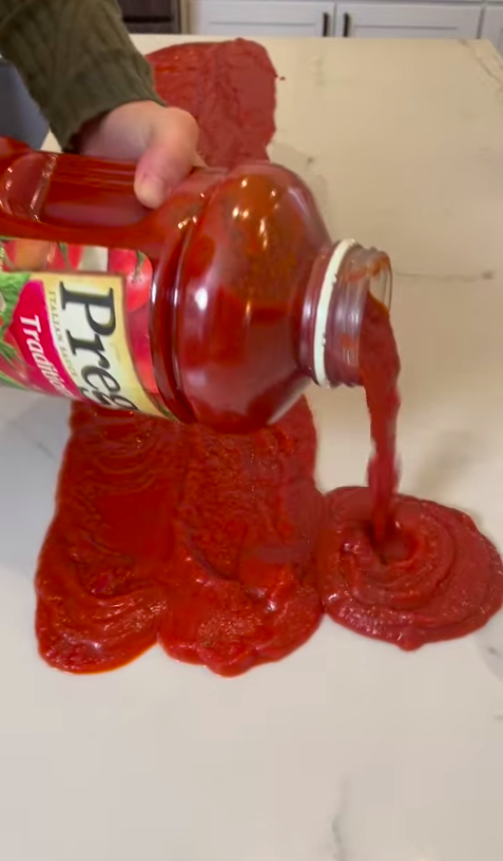 The clip features all the ingredients for spaghetti and meatballs poured onto a kitchen counter (Credit: Facebook/Josh and Lisa)

The video, which first surfaced on the Facebook group Josh and Lisa, features an elaborate and unconventional recipe for spaghetti and meatballs.

In the footage, a woman is seen making a massive portion of the pasta dish by pouring cold tomato sauce, meatballs, cheese and pasta directly onto her worktop. She then mixes the whole lot together with wooden spoons, before garnishing with salad leaves and bread.

The result is a mixture of lukewarm spaghetti, side salad and stale ciabatta covering the cook's kitchen island.

Despite the dish's unappetising appearance, the chef suggests that the end result is actually "the definition of family style".

In fact, throughout the video, she claims that she cooks the recipe "all the time". A particular positive of the technique, apparently, is that “you don’t have to worry about dishes, or a mess, or anything like that”.

However, despite her sales pitch, the Internet remains unconvinced. When the video surfaced on Twitter on Tuesday, thousands of commentators expressed their scepticism.

One user suggested: "What trauma in these people’s lives caused them to hate plates so much". Another added: "She saved a pan and murdered Italian cuisine."

Even if the method really is the "ultimate spaghetti hack", it looks like the Internet is going to take some convincing. 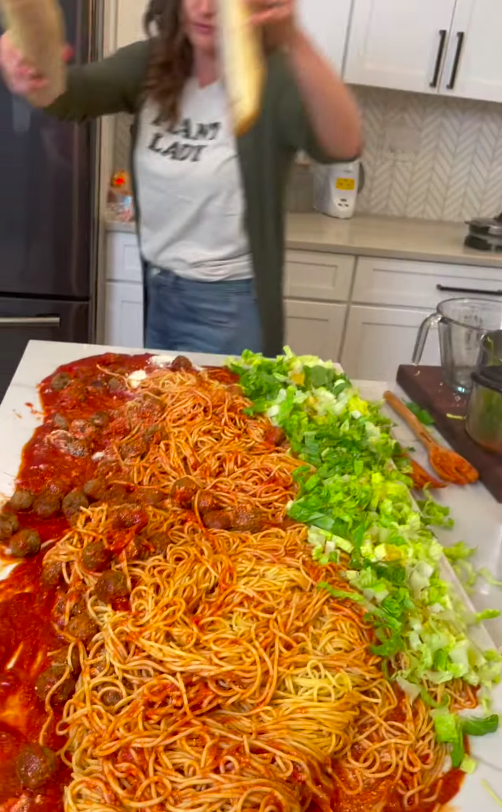 There's no doubt that the spaghetti hack has struck a nerve across the Internet. However, there's also plenty of evidence to suggest it should not be taken too seriously.

For instance, several of the other videos produced by the Josh and Lisa Facebook page contain a disclaimer. In most cases, the message reads: "Thanks so much for watching this video! I do hope you enjoy it.

"Please note that this page features scripted dramas, PARODY HACKS, parody and satire. The events that take place in this particular short-film video are for entertainment purposes only."

It's true that the now-deleted Twitter clip that caused the outrage contained no such message. However, it also seems unlikely that a parody account would make a dramatic tonal shift towards genuine cooking content.

Still, since we can't be sure, it looks like the Internet might stay angry for a while