It's one of Isaac Newton's lesser-known laws that bacon makes everything better. While this fact may not have anything to do with physics, it's still just as fundamental to the world we live in as gravity or thermodynamics.

Therefore, any opportunity to conduct a science experiment involving bacon must be seized with both hands. This is why, when we heard about the new twisted bacon trend taking over the internet, we had to put down the ingredients for Pizzadilla 2.0 and head straight to the internet to find out more.

Now, after 45 minutes of intense research/eating, we can confirm that twisted bacon is much more than a convenient branding opportunity.

Here's everything you need to know about the viral recipe. 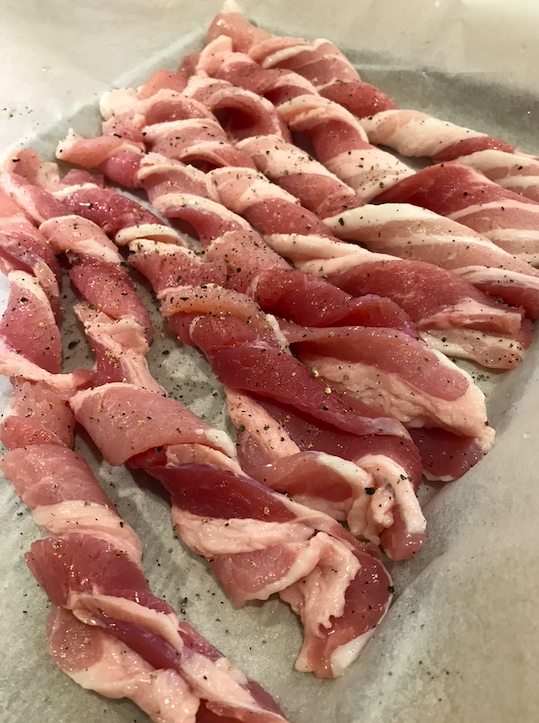 We made twisted bacon (Credit: Twisted)

What is twisted bacon?

On the face of it, twisted bacon looks like a gratuitously overcomplicated way to cook pork.

Although techniques differ according to the chef, the basic recipe involves twisted strips of streaky bacon into a long spiral and baking it in the oven. The result is a handy snack that looks like a meaty cheese straw.

Originally, the idea seems to have spread from dieters looking for a low-carb way to satisfy their cravings. However, the concept has now spread to all corners of the internet, with the hashtag #twistedbacon racking up almost a million views on TikTok alone.

Part of what makes the trend so appealing is that it provides a welcome excuse to just eat rasher after rasher of bacon. Normally, bacon by itself is slightly frowned upon. Twisted bacon, on the other hand, transforms it into a handy, presentable snack.

Keep a stack of these in your fridge and you'll always have something delicious and carb-free to enjoy. Small wonder the trend is getting so many people so excited. 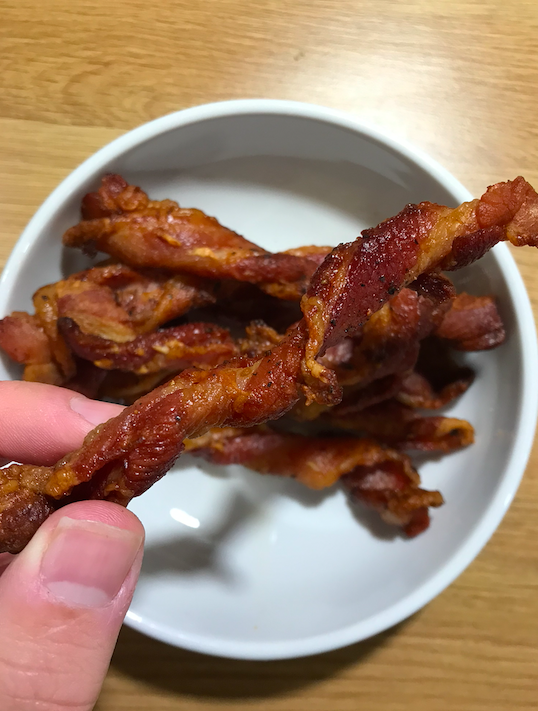 How to make twisted bacon?

Simply hold a rasher at both ends and twist in opposing directions. Lay the resulting bacon spiral on a baking tray lined with parchment and repeat.

Season the tray with a little pepper and place in the oven at about 200C for 40 minutes, turning halfway. Pour away the fat and sit down to a delicious bowl of crispy bacon sticks.

If you want to get a little more adventurous, you can upgrade your twists with extras like cheese, or even honey. Regardless, the end result remains pretty darn delicious.

Naysayers might say that twisted bacon is just a way to pointlessly elongate what should be a much speedier cooking process.  They may have a point.

However, any hack that can make eating a bacon rasher by itself seem socially acceptable is a win in our book. Twisted bacon may seem pointless, but you can't argue with the results.