16 times Wendy's broke the internet by savagely trolling other companies

For a fast food company, Wendy's isn't afraid to get its hands dirty.

Over the years, the famous brand has made more than its fair share of enemies, relentlessly trolling its competitors at every available opportunity.

Usually, Wendy's insults are off the cuff and unsolicited. However, this year, the company found itself swamped as some of the biggest brands in the world demanded to be given a good seeing to in the name of National Roast Day.

The results were predictably savage.

In 2021, businesses and customers all over the world gave an open invitation to some of Wendy's fiercest insults.

Despite the inevitable consequences, some seriously big names entered into the spirit of things. For fans of a good roast, the outcome was as joyous as it was excruciating.

Historically, Wendy's has reserved its most stinging insults for fast food competitors. This makes its beef with The History Channel even more surprising - and hilarious. 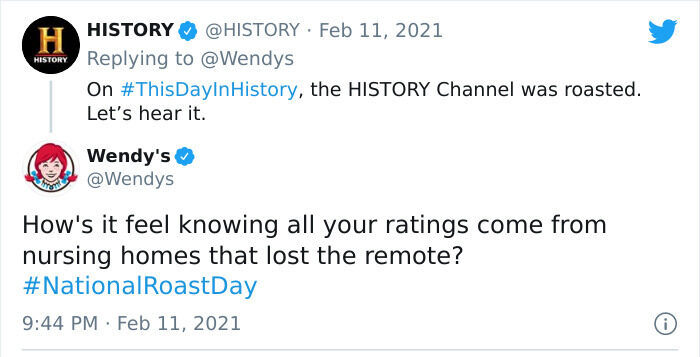 Everyone knows that Edge is the Kevin Hart to Google Chrome's Dwayne "The Rock" Johnson. Still, it doesn't make this insult any easier to stomach.

T-Mobile's customer service is notoriously terrible - a fact that has evidently not escaped the notice of the Wendy's social media team.

Arguably no cookie company in history has come up with as many unwanted flavour ideas as Oreo. Maybe now they'll think twice before a new release.

Like all good insults, this one has layers. Unfortunately from Pringles point of view, each layer is more insulting than the last. 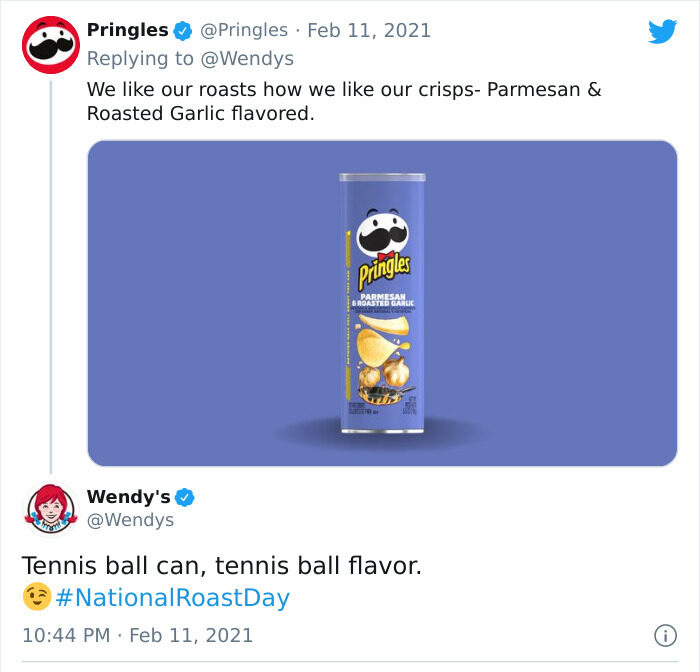 Wendy's insult Pringles for their can design (Credit: Twitter)

Twighlight might not be known for its stellar script, but when you're being out-written by a burger brand, it might be time to re-evaluate.

Any candy that takes its name from a sea creature deserves a gentle ribbing every now and again. However, we think this might be a little harsh

It's fair to say that some roasting targets are easier than others. Unfortunately for Funko fans, this joke really wrote itself. 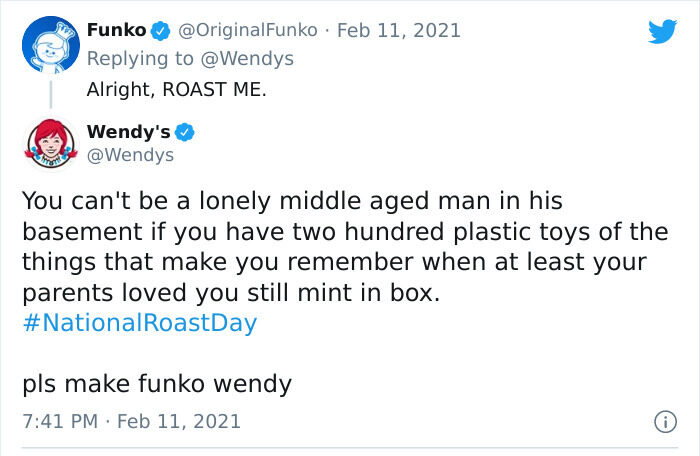 In the age of Amazon, mocking a bookstore is almost too easy. Still, Wendy's have never been known to miss an open goal when it comes to insults. 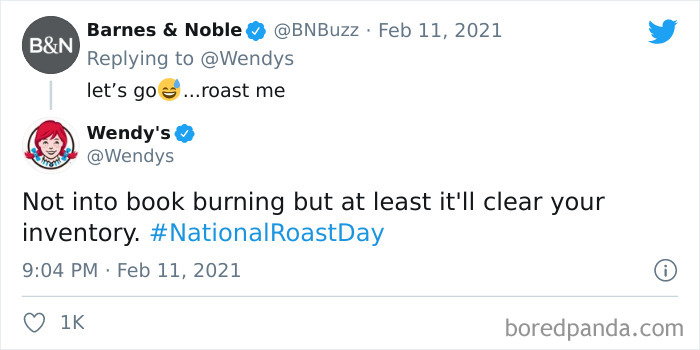 It turns out that even if the most offensive thing about your brand is an obsessive relationship with Uber, that still won't save you from Wendy's wrath. 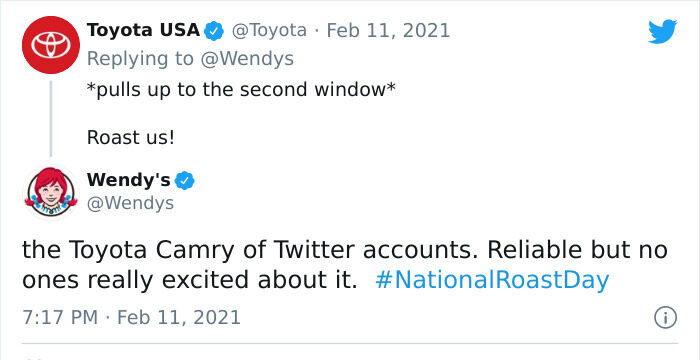 Note to other brands considering entering into the spirit of things - don't be unnecessarily aggressive in your opening tweet. It will only make things worse.

Sour Patch Kids got off to a bad start (Credit: Twitter)

Receiving a roasting in one language is one thing. When a roasting transcends language barriers, however, it somehow becomes even worse.

It's safe to say Windows has fallen a long way since it was the operating system of choice. This only adds salt to the wound.

The best insults always ring true. Perhaps that's why this one really stings.

Perhaps given the quality of Wendy's other roasts, this one seems a little muted. Still, anyone taking a swing at the biggest drink's brand in the world should be applauded.

Poor, sweet UNO. It's not its fault that it's only useful for distracting four-year-olds before they discover actual cards.

It's fair to say that several businesses got more than they bargained for when they invited Wendy's to give them a roasting.

It just goes to show that, no matter how many millions of dollars you might be worth, you're never too big to insult.