Cinema snacks are easily one of the most divisive elements of a date.

On the one hand, no one wants to be called a cheapskate for skimping on pic and mix. On the other, it's undeniably galling having to pay a fiver for something that should cost about 50p.

It's a situation that requires extremely delicate diplomacy.

Fortunately, thanks to one woman's mission to make date nights both fan and cost-effective, we now have a solution. 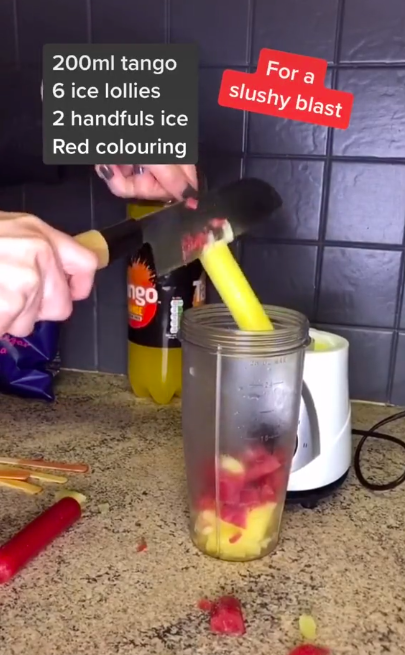 Proving that you don't need to splash out on your own personal slushie machine to enjoy delicious frozen treats, one cunning TikToker is taking cinema snack hacking to the next level.

In a now-viral video clip, user Maddy Kate showcased her method for making Tango Ice Blasts at home. Needless to say, the idea has got plenty of people seriously excited.

Kate's method for recreating the classic cinema treat is surprisingly simple. All you need is a glug of Tango orange, a selection of ice lollies of your choice, a handful of ice and some red or blue food colouring.

Simply blitz these ingredients in a blender, and you can easily enjoy the popular two-tone slushy without leaving the house.

In her video, Kate suggests two methods for producing red and blue Tango Ice Blasts. Each involves slightly different ratios of the core components. However, both are incredibly straightforward and require nothing more than a freezer and a blender.

If you're looking for simplicity from your snacks, this Tango Ice Blast hack is tough to beat. 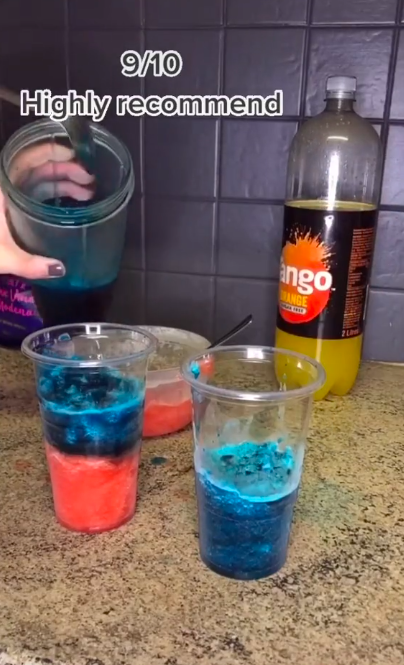 Viewers suggest twists on the formula

The original clip is proving incredibly popular with TikTok users. The video has now generated nearly a million views, proving that there's a serious appetite for homemade Tango Ice Blasts.

However, just because Kate's suggestion is a success doesn't mean there's no room for improvement.

In fact, several TikTokers have provided their own suggestions for making the recipe better. Some sound genuinely delicious.

For instance, one commenter suggested, "if you buy the blue tango ice lolly (poundshop) and blend with lemonade it's literally the real one".

Another added, "For the red one [you] can use tango cherry flavour drink".

Even Kate herself has been enthusiastic about the feedback. It just goes to show that even the best hacks can be the beginning rather than the end of the conversation.